santafewillie said:
They are RTR, No assembly required. And they aren't overly expensive, both the Dash 9's and the SD40-2's that I have gotten were right around $150@. The SD45's that I pre-ordered are Operator models (no rivet counters in ATSF) are around $100. They also offer detail kits for the modeler to bring them up to Rivet Counter quality. I don't know if grabs are on the Operator models, but the railings are.
Click to expand...

Willie -- You better send me those CF-7's so you will have room for the SD's!

The sun! The sun!

Jim: I really enjoyed the photo you posted of the Squamish area of British Columbia. We have been in that area and the photo looks like the Fraser River where we where visited. The photo's scenery, low clouds and vegetation is truly BC. Vancouver in BC is our favorite city to visit.

Well did the ground hog see his shadow? It makes no different either way, six more weeks of winter of six weeks until spring is all the same. Did you see where PETA is protesting the treatment of the ground hogs?

We have several ground hogs around the cabin and they are destructive critters and I believe on the Protect Species list in Wisconsin. Beware wild ground hogs carry rabies and they like to dig their burrows next to buildings and in gardens.

Willie: A Scale Trains locomotive is on my list when they produce something in the MILW, SOO or C&NW. Just what I need is another locomotive.

Back to the train room after lunch. 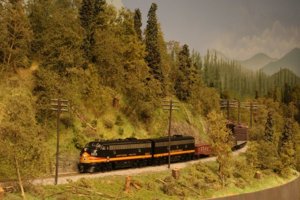 A Pacific Northwest club layout....excellent scenery and attention to detail.-Greg

Good morning. What a change in the weather up here. Yesterday we got up to 62 degrees, but had some high winds. We probably had winds near 40 mph but up north speeds were recorded in the 80's, 90's and even over 100 MPH. The weather guessers finally got something right as it did start snowing early this morning. Probably have around 6 inches but the snow is letting up. Guess I'll get to go plow for a while. 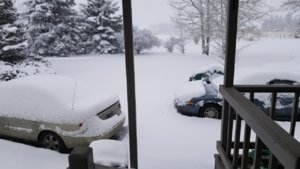 Justin - I usually try to keep a car with a Dust Monkey on it when running.

Willie - Those Scale Trains locomotives sure look sweet. Sure would be nice if they offered something that I could use.

Beady - This photo I think you would enjoy. 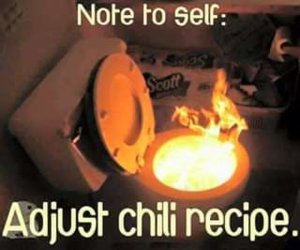 Jim- Really like that photo from the Pittsburgh area.

May head down to the train room for a while before heading out to plow.

From the archives, another Northern Pacific freight train.

Happy useless rodent day! He supposedly called for an early spring. Yesterday we had temps in the 50's, snow flurries today. Methinks he would be best as an ingredient in one of Granny Clampett's recipes! 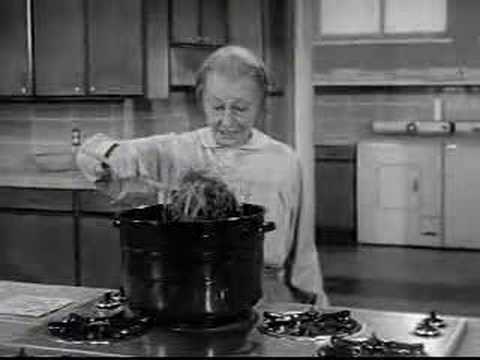 Garry. I'm glad you take advantage of NCE's program, I have a pair of them here myself ready to go!

On the road again! Off to the Big Apple. Landmark achievement last week. I’ve been assembling a 1941 City of San Francisco for years. Old Life Like Proto E6 ABB forpower. The problem with this train is: there are literally NO plastic cars available.the diner/coffee shop and one of the sleepers are articulated. It’s been a mammoth scavenger hunt lasting about 15 years. When Coach Yard did the train, the trucks were late so you got a certificate good for a pair of trucks in many cases, so on about half of the purchases I got the car but no trucks. After finding the car, go look for trucks. Sigh. It’s been a trip! Last week I found the last car I needed. Now there is a ton of painting and detailing/decaling to do. At least the hard part is over.

Good Afternoon Fellow Modelers....still sunny and none of Chet's snow.

Looks like no modeling today, but some recliner time watching the TV before the Super Bowl.

Justin: I use the Woodland's Dust Monkeys as well and they do work. I installed the Monkeys primarily cabooses so I know where to find them since once they are installed they are difficult to detect.

santafewillie said:
They are RTR, No assembly required. And they aren't overly expensive, both the Dash 9's and the SD40-2's that I have gotten were right around $150@. The SD45's that I pre-ordered are Operator models (no rivet counters in ATSF) are around $100. They also offer detail kits for the modeler to bring them up to Rivet Counter quality. I don't know if grabs are on the Operator models, but the railings are.
Click to expand...

montanan said:
Beady - This photo I think you would enjoy.

Will you ever learn that you shouldn't provoke me? 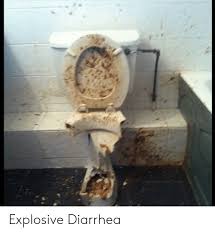 Willie - thanks for the info. I've been watching the Scale Trains site for some time. I have a fund started, but only have $50 accumulated. I want a CSX SD40-2 and they have them for sale now in tri-color. I prefer the solid dark blue and yellow lettering. They were offered last summer and I missed out on one
Greg - I've been to BC and Vancouver a dozen or so times and always liked it there. Beautiful area! If the opportunity arises, I would like to go back, but this time as a vacation.
Chet - thanks for the PGH. photo comment. I like the commode fire LOL

kbkchooch said:
Methinks he would be best as an ingredient in one of Granny Clampett's recipes!
Click to expand...

Started out with some chores then removed a fan and another light in the train room, and installed 2 new lighted fans. Afterwards I cleaned out a linen closet upstairs. Tomorrow we're taking my parents to the cruise terminal at Port Canaveral then going to the commissary at Patrick AFB.

Tom- I would think that the lubricant 2-26 would cause wheel slippage?

Jim- More great pictures. I'm a sucker for a train on a bridge picture.

Happy useless rodent day! He supposedly called for an early spring. Yesterday we had temps in the 50's, snow flurries today.
Click to expand...

Today it is 55F. Tomorrow the high is supposed to be 28F with low of 15F and snow -- 4-8" in the valley and 6-12" on the benches (and I think we qualify as the benches in terms of weather). First big snow in a while, though we've had some regular dustings. And more snow forecast this week at the end of the week. Doesn't sound like early spring to me, though I wouldn't mind an early spring and a cessation of the April showers by the end of April as we want to start digging the house foundation after the rains are done.

Well if Chet can show off the view from his place, then so can I. Currently 79° but they're still predicting snow for Wednesday. 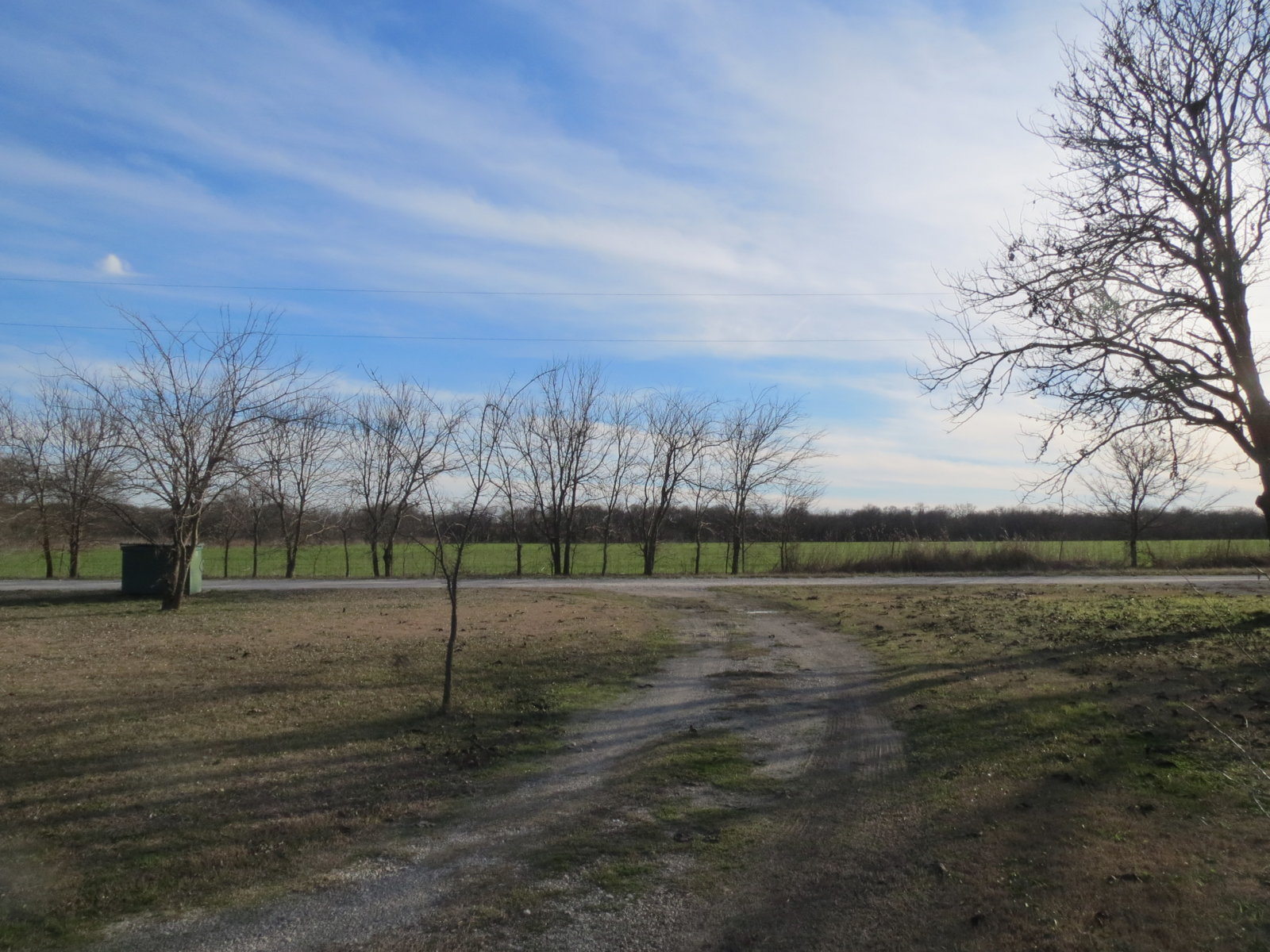 This is the wheat field across the road. Nice to see that much green on Groundhog Day 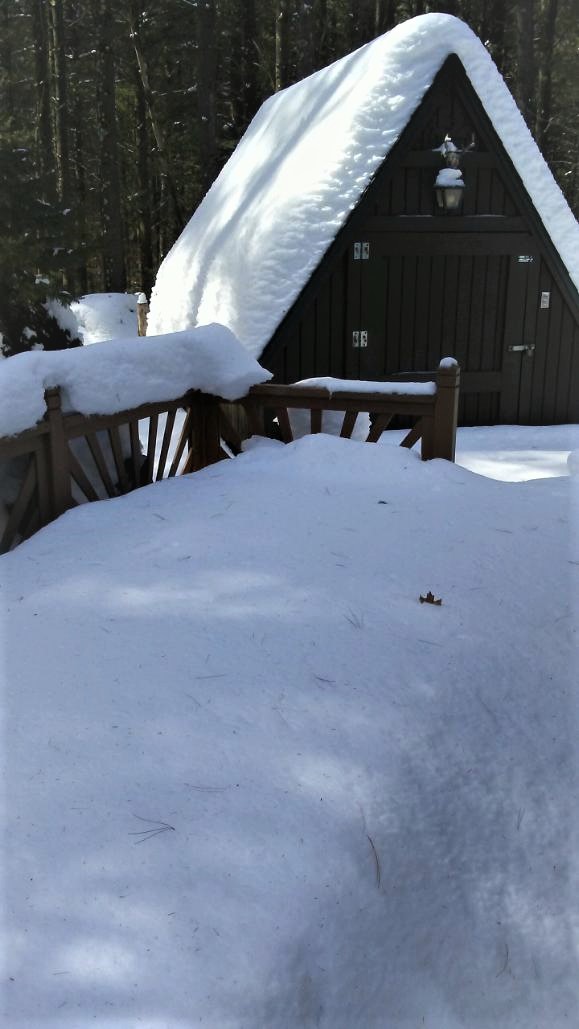 71 inches of snow last February at the cabin.

I'll post tomorrow during the snow storm as right now it kind of looks dreary -- half melted snow banks, too many leaves the neighbors didn't rake up in the Fall intermixed, and kind of dingy.

Tomorrow I am attending, with my son, a Nudura ICF installer course being held locally. This is in preparation for our house build this summer. Should be kind of exciting to learn -- especially for a guy who is a software guy.
E

Well...sort of. I belong to North American Prototype Modelers. Ken Patterson just featured us this month. Here's a link. That's me talking about the layout & the club.

Jim- More colorful pictures to enjoy! How do you keep getting into the right location to take all these great pictures?
Alan- Be sure give us progress pictures as you start putting together your train. In fact, a "before" picture might be nice, when you can.

I went down to the train room after lunch today.... and through it to the garage where I have been stripping an old chest of drawers. I managed to get two layers of white paint removed off the cabinet and had to get the paint off the face of 5 drawers today. Then the fun of cleaning up all the grooves, corners and edges with steel wool and paint thinner occupied most of the afternoon. I was whupped and have to do the drawer faces tomorrow.

OLD SOUTHERN SAYING: We could learn a lot from crayons. Some are sharp, some are pretty and some are dull. Some have weird names and are all different colors, but they all live in the same box.
Last edited: Feb 2, 2020

PRR Modeler said:
Tom- I would think that the lubricant 2-26 would cause wheel slippage?
Click to expand...

You just wipe the rails lighty, it makes a difference. I thought the same but when running hours at shows without problems and wheels not getting dirty it's hard not to use it.

Good morning gang!
Weather, what a guessing game. Saturday temps in the 50s, yesterday morning snow flurries, windy and chilly. Today its already 50 here , heading to 60. Mother nature needs a Prozac!
I didn't catch this in time for ground hog day, but it is good to see at least one of Baltimore's rats has found a job!