Beady said:
I've said before that I admire the scenery work that all of you do, but this guy...

I know a lot of you dislike Facebook, but you're really missing something if you don't take a look.

Beaty, we can't see it unless you join there facebook page, can you post a few screen shots?

OK, but this does not do it justice. Lightening flashes and clouds move. It's apparently done with a computer program and digital screen for a backdrop.

Time for another episode of:

"Further adventures with the Lok Programmer and/or the PR-4" or "Why I threw my laptop against the wall today."

Well folks, there seemed to be only one way to evaluate these two devices properly, so I bought a PR-4 today. $69.95 at my LHS, which is as good as any online price and no shipping or waiting. There's a reason I bought both, and it isn't that I'm some rich dumbass with too much money to spend. Read on!

First, this isn't meant to bash either one of them, or to favor one over the other. It's more about how they work/ease of use/ease of setup, and so forth. Here's some differences:

The Lok Programmer is designed to be a stand alone programmer. The PR4 can do that, and be a part of your layout's electronic infrastructure. If you're a Digitrax user. I'm not (I'm an NCE guy) so that doesn't matter to me.

The Lok Programmer is easy to set up. Download their software, install it, hook up the goodie to your computer & program track and you're ready to go.

The PR-4 need a few more steps. For me it was: Download their software & drivers, install; Download Java & Install, Download JMRI and install. I had to select in JMRI which system (Digitrax) and which device (PR3/4 standalone programmer), and tell it which com port to use on the computer. The Lok Programmer autodetected the com port. So did the PR-4/JMRI combo but I had to tell it to use it. Weird. The PR-4 won't work unless you "tell JMRI to talk to it". It took me a bit of doing to make that happen, mostly by prowling around on the JMRI page. After these software installs, Hook up the goodie to your computer and program track, and you're ready to go.

The user interface is somewhat different. I think the Lok Programmer is easier to figure out, but that could be because I started using it first. I'm still pretty green at both, so I'll get back to you later on that one.

What both companies need to do is generate some sort of elementary users guide for dummies, so us old farts who have been dragged kicking and screaming into the 21st century can play catch up. You can find your way around them both, but it would be really nice to have a cheat sheet to get you over the startup hump!

Bottom line: If you're trying to decide which one to buy, it will depend how much you're planning on doing with ESU decoders. Their Lok Sound 5.0 stuff is da bomb, and I've been a die hard Tsunami guy for a long time. I've found that I really like to be able to buy a decoder with a generic sound file, then put whatever I want in it. I just did this last night with a Genesis MP-15.

The Lok Programmer will talk to other manufacturer's decoders, but the key thing it does that the PR4 won't do is this entire sound file thing on ESU decoders. It's about double the cost of the PR-4 (I paid $136.95 from the Yankee Dabbler), but both of them together can be had for less than a Scale Trains rivet counter locomotive, including discounts. Power supplies and USB cables come with both, so there's nothing else to buy. The club I belong to started out with JMRI and added the Lok Programmer some months back because so many members were turning up with Scale Trains and Rapido models. Now I can see why. I have a considerable fleet of locomotives, quite a few with sound, and as the Lok Sound fleet grows it makes sense for me to have both units. Your mileage may vary. Either one is well worth the money.

More info coming as I learn!

Sorry about that Chet, I was in too much of a hurry to include a link my latest reply on that thread when I did my drive-by post in here the other night, so...here it is:
http://www.modelrailroadforums.com/forum/index.php?threads/anatomy-of-an-epic-scenery-fail.32116/#post-474564

B-Bob - Great news on the house closing! I remember how excited you were when you first learned about it a few months ago.

Sherrell - glad to see you were finally able to get rid of that "pest" tree!

Joe - I had to do a double-take when I saw that pic of the Baldwin "baby face" unit in Jersey Central colors, it looks so similar to the B&O "classic" blue+gray scheme.

* * *
I'm seeing a lot of incredible photos on here but I just don't have the time to spend commenting on them individually. This is why I'm so glad the [Like] button is available!

Another reason I haven't posted many replies here, is that in order to use my computer, I have to sit beside my living room window which faces directly to the North (i.e. always in the shade) and causes me to feel unbearably cold when I stay there too long. The WiFi adapter in my laptop failed a while back, so I have to be tethered [via ethernet] to my FiOS router - which is located in this spot. So I've found myself spending more time reading real books - in warmer areas like near my woodstove!

montanan said:
Like the Charger but compared to the American model, think you got short changed.
Click to expand...

Yeah, but they did fiddle with them a bit.
340 race block opened out to 408, supercharged 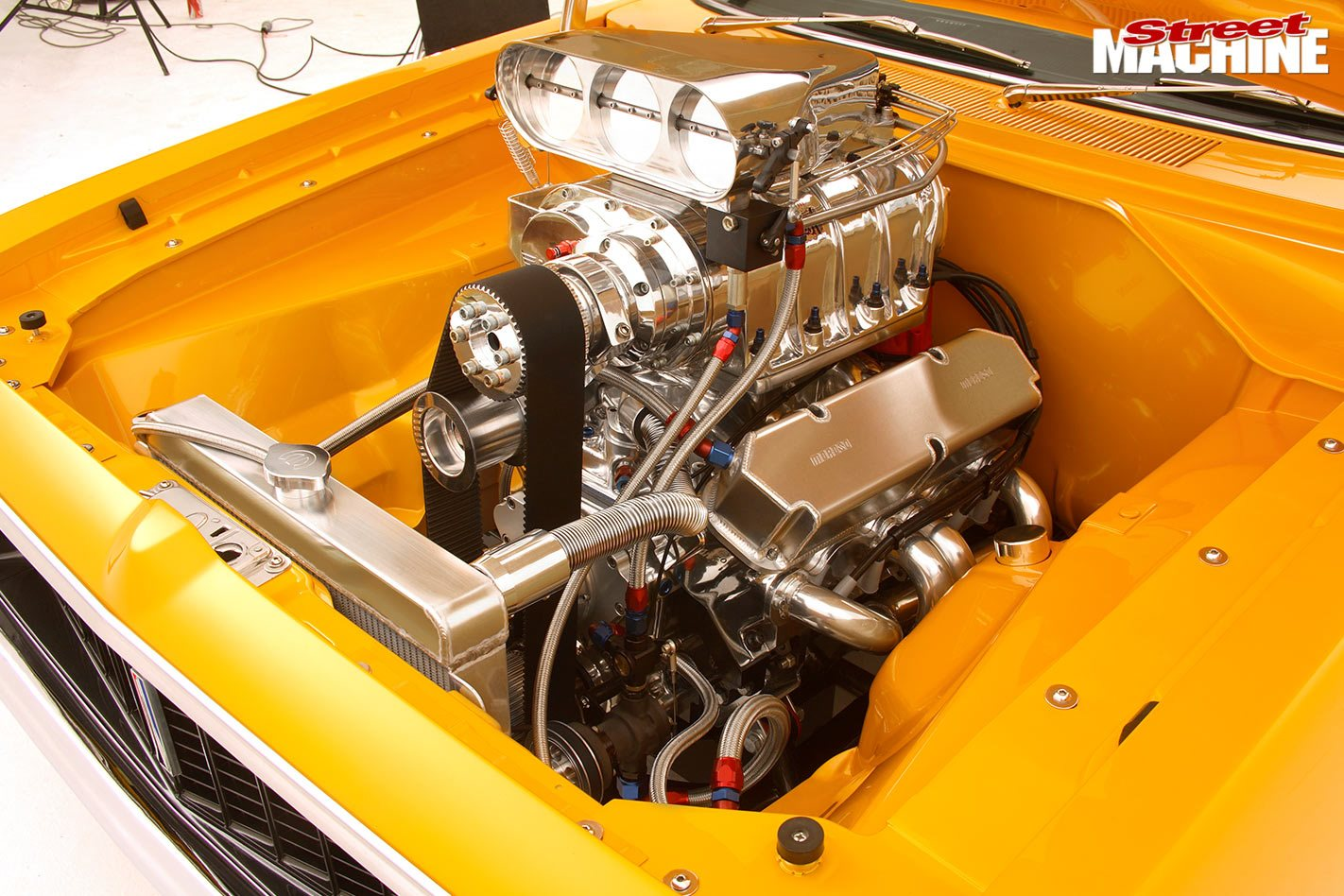 Staff member
Good morning, it's clear and 21.
Not to be outdone by Beady's recent photos featuring tasteless innuendo and tacky morals, I offer this image: 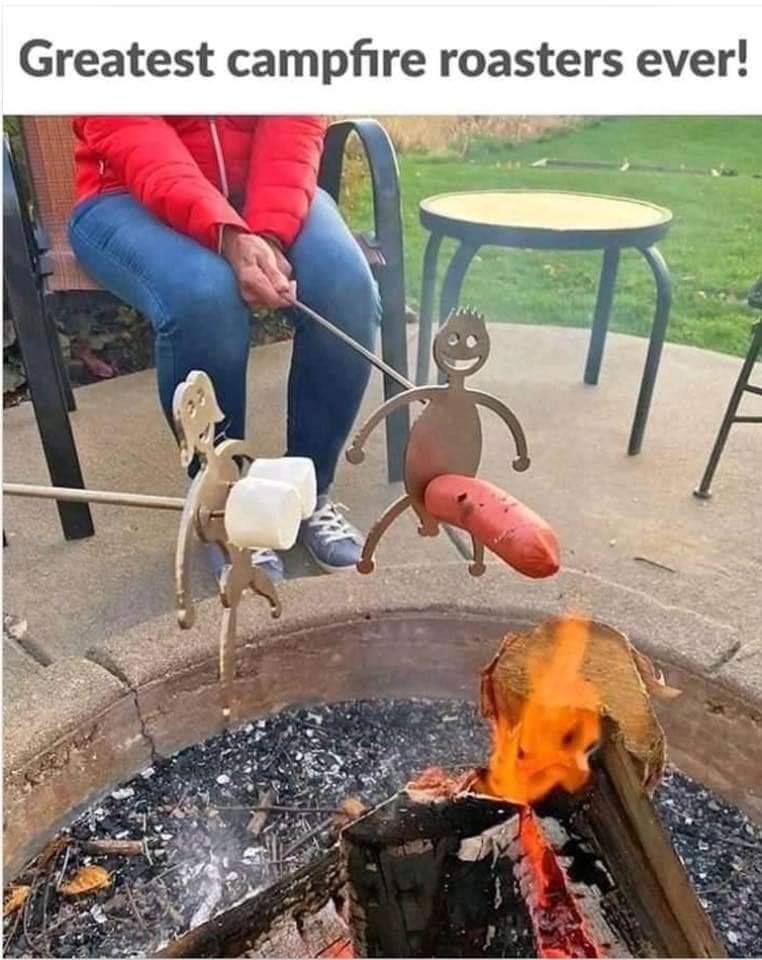 Had to do some searching, but I finally found the new place. Coffee's on and hot.
Running Bear's March 2020 Coffee Shop