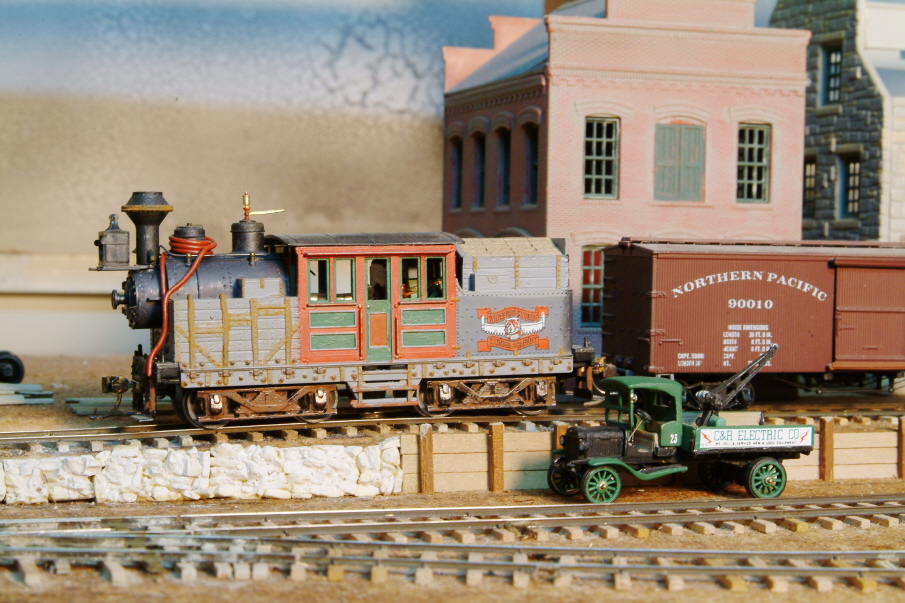 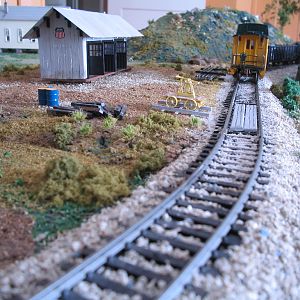 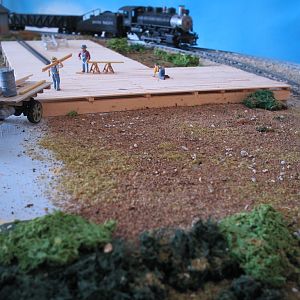 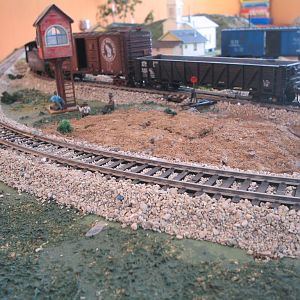 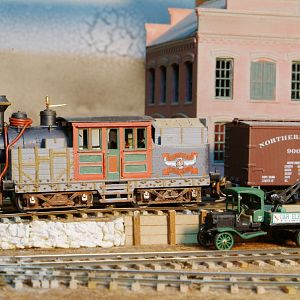 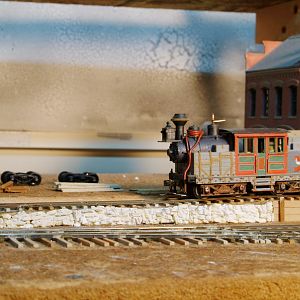 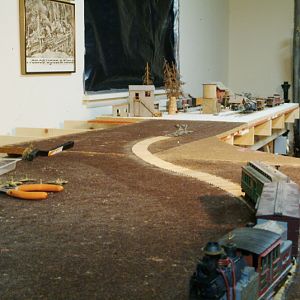 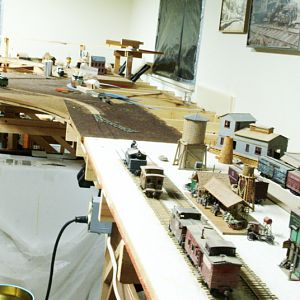 Using the same f16 Aperture I did on the prior shot along with a 28-105 Nikor lens along with a ISO 200 setting as well as adjusting the Fuji settings this is the shot I came up with.

Click to expand...
David, very very nice engine!
Also the embankment&quot;work in progrees&quot;!
Finaly watched again your trackplan( it was lost on my PC...)
*Hi Jos,
*Good to get your message, you said:

David, very very nice engine!&lt;
*The Loco is a Model Die Casting [MDC] kit they used to produce. The company is now owned by Athern and not sure if they are going to bring that loco, or the Box Cab Diesels, they all use the same frame and drive mechanism, out again but imagine they will?

Anyway, I never thought that it was a real loco until I did some checking and found out that indeed it was a real loco that was brought out back in 1910 to 1920 period. This model is somewhat of an intermediate [an in between Loco] as the Climax Manufacturing, a little later brought out Climax like Bachman has with the Cylinders at a 45* angle on either side. Here's a link you might like, http://www.gearedsteam.com/climax/climax.htm.

I've got to work with the loco a bit as it doesn't run real smooth but it is getting better using my runing in place but it could be just a little burr on the plastic gears that is causing the problem of being a bit jerky as it runs, and I want to find out why?

I bought it off eBay so if you want one maybe you can check there or I can watch for you and bid on it for you too. It's only available in HO though, to my knowledge.

&gt;Also the embankment&quot;work in progrees&quot;!&lt;
Thanks for the compliment also.
The Wood Timber retaining wall is really just wooden coffee stirring sticks and the heavy posts are cut from the shaft of long fireplace matches after they have been used. Makes great rough timber.

The stacked stone portion along the descending bank is from my own castings. I actually found small stones in amongst the gravel and laid out a pattern on graph paper so I could cast 2&quot; x 2&quot; interlocking pieces for walls etc. and what I used here is actually some scrap pieces that were left over and really not as precise as they could be. I need to use a light tan stain to wash over the stones with and especially in the cracks between the stones to represent dirt.

&gt;Finaly watched [looked] again your trackplan( it was lost on my PC...)&lt;

Glad you found it, are you making progress on your layout?


Good to talk with you again, Jos.