GrampysTrains said:
Thanks Ray and Brian: Ray, It's all your fault. You motivated me to start on them. Yes, they were a bear, but, like every thing else, they did get a little easier, the more I did. It's a real exercise in patience. Looks like you had a fun day!
Click to expand...

Alway glad to help!!
U

John P., that's some good looking mud. I've been pondering about how to more realistic looking mud in my swamp and now you've given me a few ideas.

Alco, I've got Terry's 1989 book also. Purchased it at the North Platte Amtrak gift shop while we were on a 30 minute servicing layover going east on the Zephyr. It was $19.95, which was a lot of money at the time, but I figured I'd probably never get the chance to get it again so I sprung for it. Good thing too since I've never seen it again except at much higher prices. He was a great detailer and mechanical engineer.

Gramps, those switch stands do make a really big difference in the appearance of the yard. I'm taking the middle path, replace my CI ground throws with CI high level switch stands. I'm hoping for a more prototype look without removing as much hair from my head as the Details West switch stands require.

Ray, I sure hope I'm able to do an exhibit at an MR show when I'm Harold's age. That guy in the last picture looks like some kind of hippie musician...oops, sorry, I guess that's you. Nice bumpers though.

As always, great work everyone!!! I didn't get much done this week, kinda been waiting on decals and parts again. 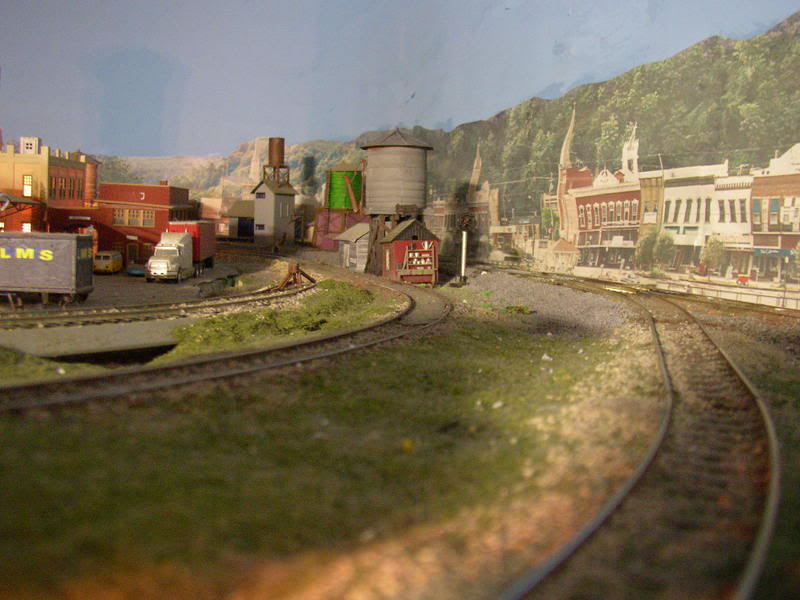 It's been a while since I have posted on this forum or this thread, but I follow it every weekend!!! Here's what I have been working on this weekend....

Atlas GP40, detailing and painting it into the DRGW 3079.

Here's the chassis with an NCE decoder installed. I used micro-bulbs and fiber optics for the front headlight and mars nose light. The nose light will be programmed as a mars light.

Here is the shell ready for masking and a coat of Polly-scale engine black.

After the coat of black.

The yellow-orange paint was mixed from floquil, 2 parts SP Daylight Orange- 1 part Reefer Yellow. The decals are Micro-Scale 1128 (the older DRGW orange). Final details and weathering should be completed by next weekend. I have a handful of these to paint up, this is the first of the bunch. My next unit will be a "B" unit, with the only difference being the lack of sunshades, speed recorder, and designation by DRGW (lack of federally approved toilets or something).

My new Marklin BR01 with sound, smoke and almost entyre made on metal.

Nice work dk! Who makes the bulbs and fiber optics?

no pics from the weekend but I did have some storys.

friday I re painted some old BN coal cars into the IC name.decaled and all looked great
Then I bought a TS1000 alco decoder (turned out to be faulty and had to send it back today) buzz kill!!!
went to the club layout on sunday and my Sound traxx equipped IC mountain would not respond to commands. I think its in the layout system as it works flawless at home.
then I put my BLI heavy mike on the layout and the chuff goes out! got a new reed coming. only good news I had was today as my IC passenger cars showed up tonight opend the box and checked the wheels.... they wheels barley turn

Miniatronics makes the bulbs, they're the 1.5 volt 1.2mm bulbs. I can't recall who makes the fiber optics. I threw the packaging away a long time ago. I bought it at my LHS (Hobby Town USA), the cost was something like $10 for 5 feet or so.

dk-espee said:
Miniatronics makes the bulbs, they're the 1.5 volt 1.2mm bulbs. I can't recall who makes the fiber optics. I threw the packaging away a long time ago. I bought it at my LHS (Hobby Town USA), the cost was something like $10 for 5 feet or so.
Click to expand...

Be sure and post pics of the final product.
M

This is what you want.

Or look here and get other types of fiber optic.

Does that replace the clear formed plastic that comprises the headlights or do you just run the fiber optic up to that point?

that looks like fiber optic strand at .04" thick.. I would just run that to the head lite /ditch lite hole etc.. or to the back of the headlight plastic lenz. 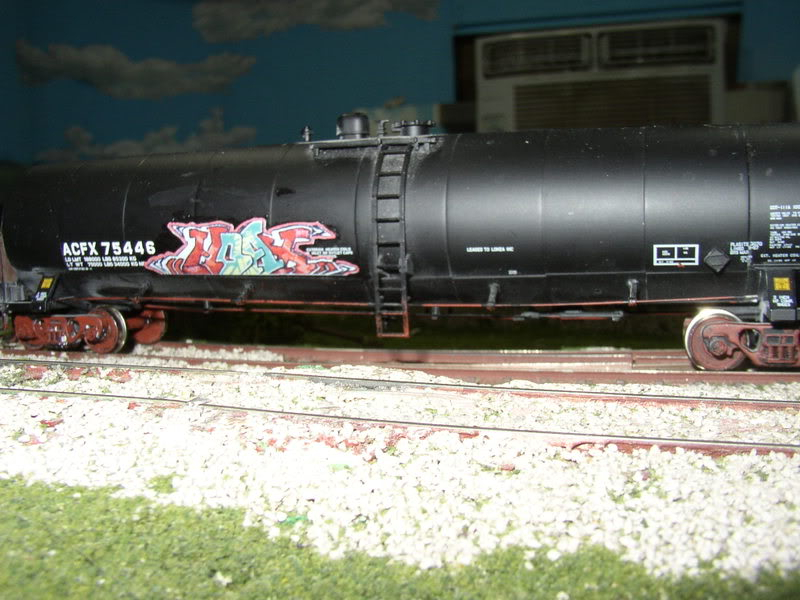 I'm working on a Lighting test unit right now. I have an OLD Bachmann E-60 that I am setting up. Fiber optics on one end, and LED's on the other. I'll let y'all know how it goes once everything gets here and installed... 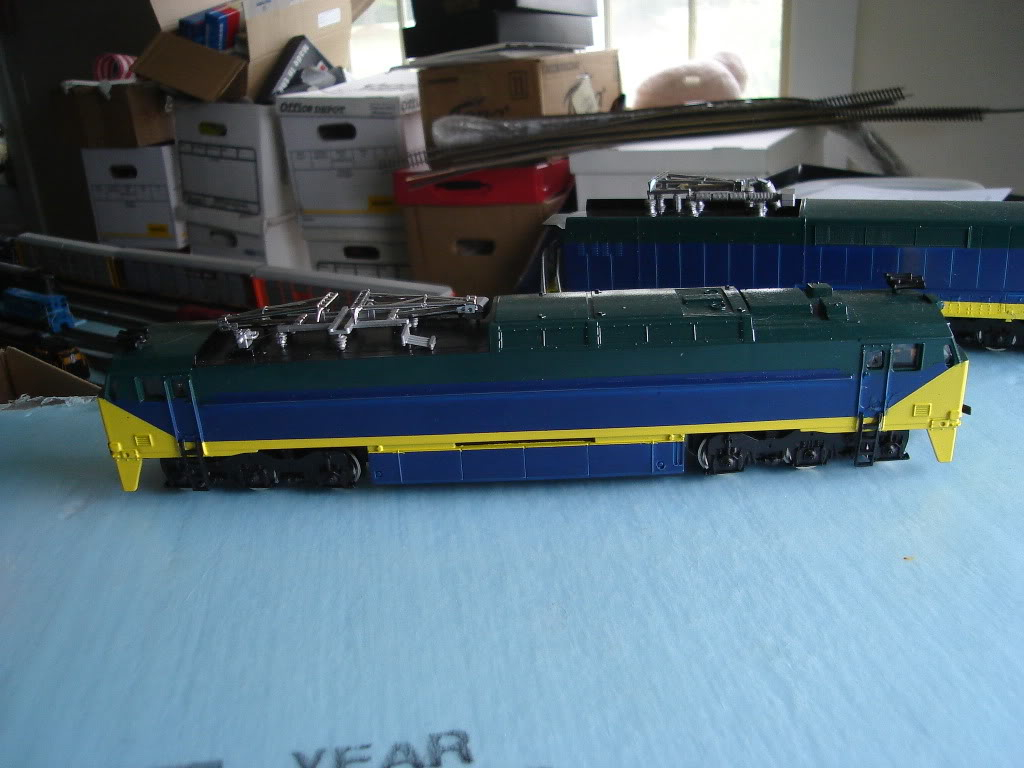 I just measured the inner diameter of the Atlas headlight housings and it is .075. The fiber optic lens inserts they use measures .072. If you want a good fit I would suggest using a similar diameter fiber optic. 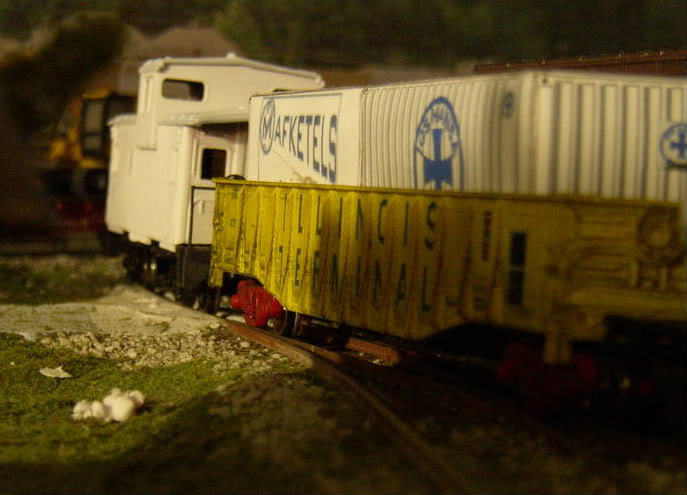 I've finished the wiring that joins the pickups of the two SDP40F's together. In the photo below you can just see the red and black wires passing from one loco to the other like MU cables. The white wire is tied around the two X2F couplers. This way they can't separate but are free to move. 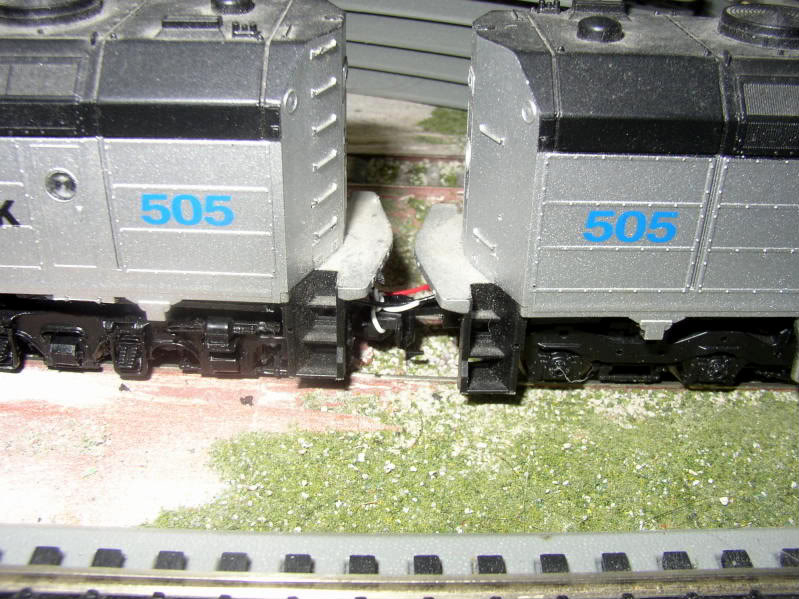 Just a thought. Use some of the black coated heat sink tubing to cover the wires exposed between the engines, then it will look like air line and brake line cables. it comes in a small enough size so it looks better than the red and white wire that is exposed.