santafewillie said:
Fifth symbol from the left at the top of the reply box. See it ?
Click to expand...

I have used it here but can’t figger how to do it when writing an e-mail.

®■! Wow! Thanks, Karl! Now I can do a whole message in secret code.

I'll be ok! Just amusing myself while I'm waiting for paint to dry.

truckdad said:
I have used it here but can’t figger how to do it when writing an e-mail.
Click to expand...

Not sure what you're using to compose e-mails. But an option you might try is to compose it in Microsoft Word or similar program and then copy/paste the document into your e-mail. I use Word and you click on "Format" at the top of the page and then "Font". It's over on the left about halfway down the dialog box.

Had really bad reflux last night so I was up and down with it. Started out with chores then cleared part of the layout off to figure out mounting the Viaduct bridge. When I took it off the last layout I placed it on a new yardstick before bubble wrapping it but I discovered today when unwrapping it all the bracing and supports had come loose . I did some initial measurements on the layout then glued it back together this time with CA and it has weight on it overnight.

I tried the Alt 0176 twice but my computer kicks me off here to a Google search page. I tried twice. I'm done with it.

Garry- Nice job on the PA's. I don't understand why anyone would park on a RR track. I watched a video years ago that was taken in Mexico I believe where a gas tanker truck did and when the train hit it it exploded causing the death by burning alive of a lot of people.

Terry- I think it's easier to type degree...just saying, or just add a F or C after the value.

Willie- The garage is a nice little structure.

Sherrel-Thank you. I'm basically at a stand still until the AR module comes in on Wednesday. I forgot to order it earlier. Subs typically have a 18 hour day. Six hours on watch and 12 hours off. In the off time you have divisional work, ships work, training, drilling (for casualties), eating, qualifications for ship and watch station, possibly a movie or games like cribbage, and anything else your boss can dream up. It's not uncommon to go 24-36 hours without sleep. One time I had to go 48 hours without sleep (I was dragging). It's mostly a lot of work and boredom punctuated by periods of intense action. No the movies are not realistic. Part of the draw is being part of a small elite group and you do some neat things that you aren't allowed to talk about. It's definitely a young mans game.

Troy- I like the grey blue color with the clouds.

Dave- Nice progress on your layout.

Chet- Thank you Great layout scenes and 1:1 photo. I can't take credit for the rock faces. A company called Cripplebush Valley Models makes them out of a flexible plastic/rubber material that I apply with a hot glue gun. You can search for rubber rocks and they will be one of the options.

But you can shoot them between the eyes and teach them to roll over and play dead.

Sherrel : you seem to be getting shot at a lot lately.

BTW, I found this, I did not create this, remember, Google is your friend!


Sirfoldalot said:
When I have more down time - I will try out some of Terry's suggestions ... thanks, Terry!
Click to expand... 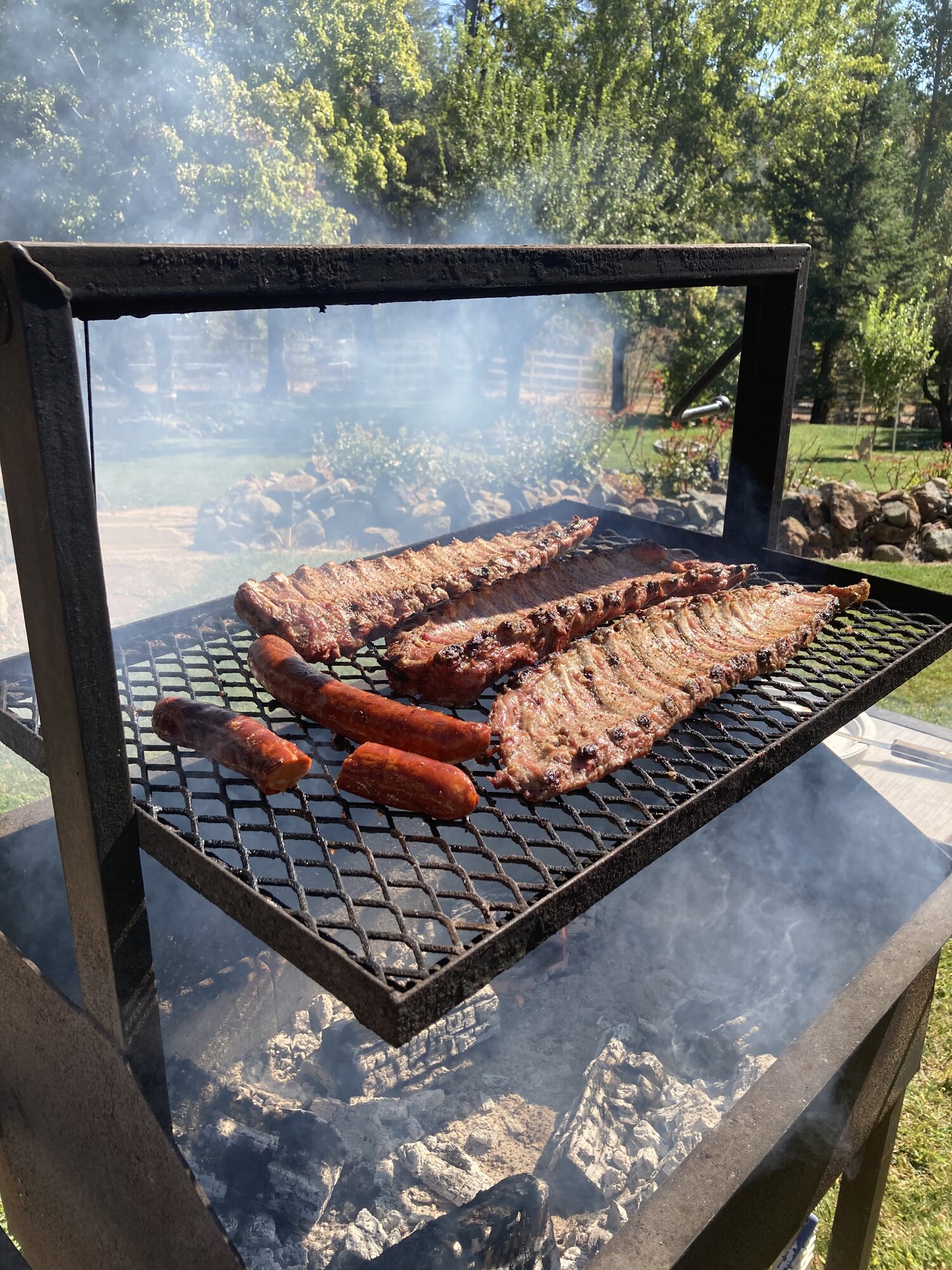 Evening rail fans. Just passing through. Can someone point the way to the dunnie.

I think this will be my last week of golf. Played with a coat on today. Be in the basement planning some sort of model railing rail road project next week.
George

NYC_George said:
I think this will be my last week of golf. Played with a coat on today.
Click to expand...

My daddy always told me that only guys with "little-bitty-balls" play golf!

WOW, DAVE, did you run over GUY's invisible Elk?

GEE TEE - The flack is almost heavy enough to walk on!

I had time to partially catch up on things having a 3-day weekend. The city doesn't close for Columbus\Native People's\Indigenous People's Day. I celebrated yesterday with Leif Erickson day. In case you forgot, he's the European who was in North America 500 years before Columbus even thought about it. Let's celebrate being 500 years late! I digress...

I did get a few hours to work on my structure. I had to touch up the paint as I was a little sloppy. It helps having a lighted magnifying lamp. Makes it a lot easier to see what I'm doing. I don't have any pictures as all I did was repaint previously painted parts.

Texas Hobo said:
Evening rail fans. Just passing through. Can someone point the way to the dunnie.
Click to expand...

Always thought dunnie was an Australasian word (that includes NZ) although I think we say it with a "Y" (people talk different when they say it with a "Y"). Y you say? well that's because "Y" is a crooked letter and "Z" is no better, 'course we also say "Z" as Zed too. See.

Good morning y'all. Happy Columbus Day. 54° and raining. So far ¾" of rain has fallen since yesterday evening. Oh, yeah, there is also leaf fall in progress to add to our joy.
Not for nothing, Native People's\Indigenous People, and Leif Erickson also deserve their own day, but not at the expense of Columbus. 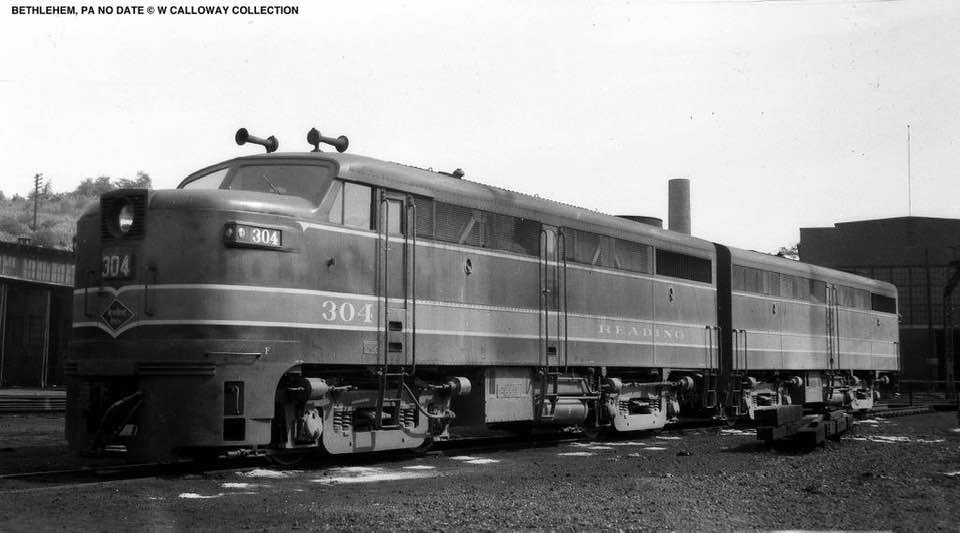 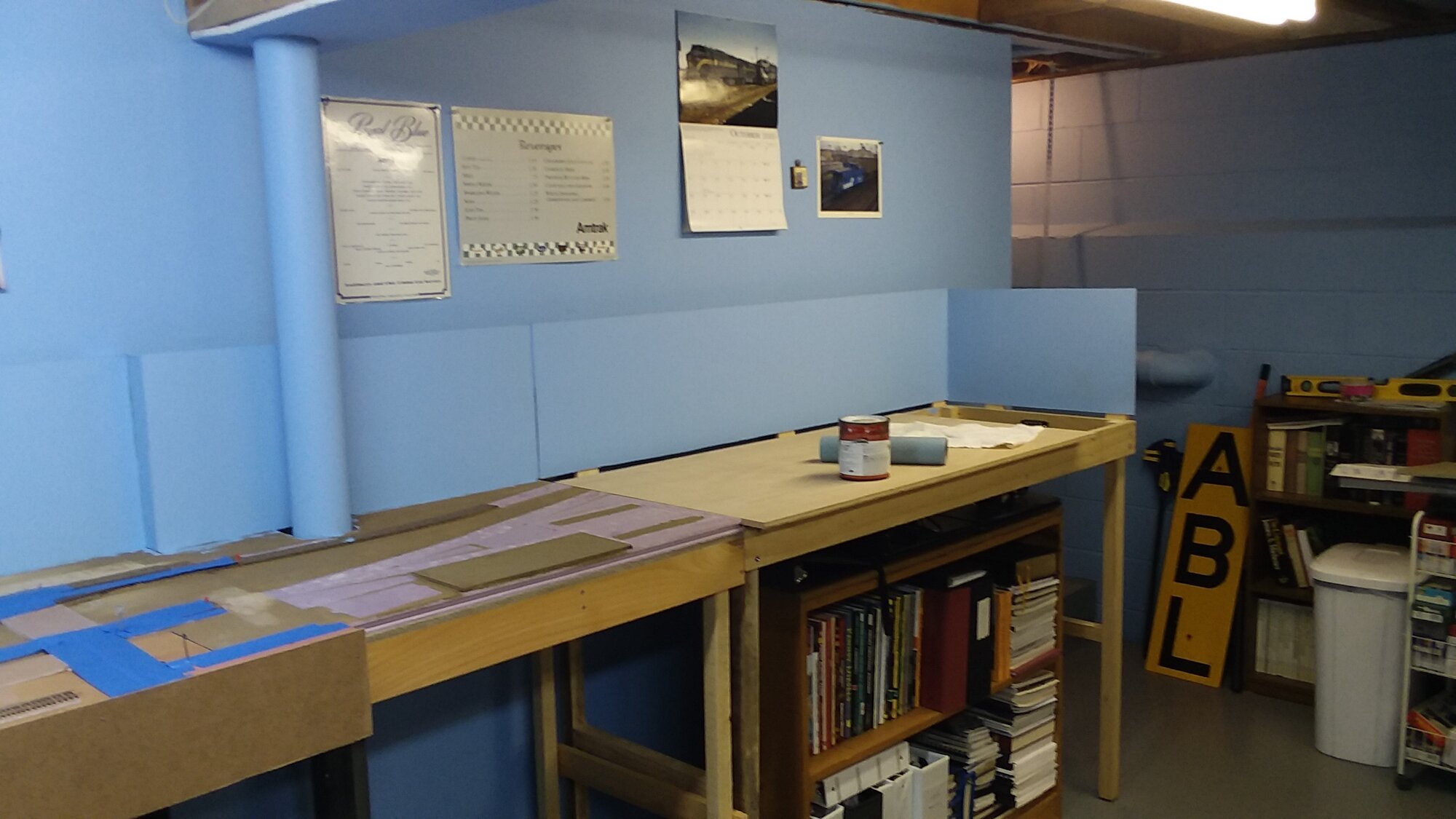 In progress photo of the Eastern Limits of my Railroad. Nack drop is up and painted, and the ground is awaiting paint Yes, that is a Approach Block Limit signal (sign) in the back ground.

Morning, everyone! 31° on this Thanksgiving holiday, and the wind is wanting to act up again. Blowing in the snow; we are supposed to have some of that come Friday. Maybe, I should get the electric pump out of the pondless garden feature today, and get that put away until next season.

Behold, a 1924 photograph of an Oregon sawmill operation: 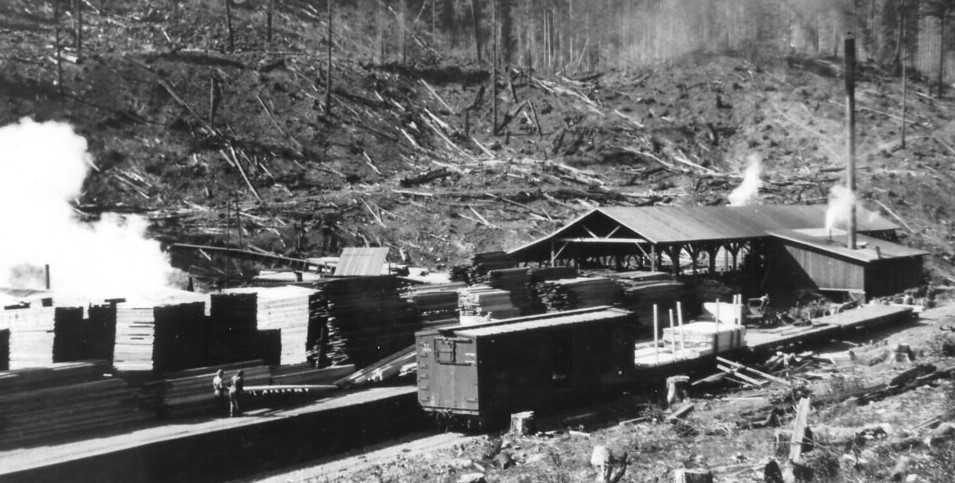 I can see boards stood upright on a flatcar, that I suspect are aids to keep the loaded lumber straight. I'm wondering how they loaded the lumber back in those days? Was that all done by hand? It's difficult for me to believe they had forklifts back then. I can't quite make out if that's a man on a machine on the platform by the middle flatcar. - Anyway, it looks like a nice scene to be modeled on a layout.

That crap, oil based primer I used on my hardware is still tacky. Needs more dry time. It was a pleasure to throw that ¾ full aerosol can in the trash bin.

Time to get on with it. Have a great day, everyone!

Good morning gang!
55° and raining in central Absurdistan today, might make it to 61° if we are lucky. It's all the remnants of the hurricane that hit the gulf states last week. Looks like tomorrow afternoon we may see the sun again.
No holiday for us in the car biz, its business as usual. We only get 6 days a year to play hooky. If I could roll back the clock 40 years I would have just kept cars as a hobby, not a vocation. Oh well, live and learn.

Boris, the Alcos look great. The FAs and PAs were always better looking then their EMD counterparts IMHO.

McLeod, I'm sure those boards were loaded by hand. Can't imagine a steam powered forklift.