2Tracks said:
Rich, great photo's of the European railroad works. The first photo is interesting as the concrete tie track appears to be sitting on top of the ground, not a lick of ballast.....
EVERYBODY HAVE A GREAT DAY!
Click to expand...

Yes as this is a private tourist railway the line nearest to the camera with the concrete sleepers (ties) is actually siding to store out of use vehicles on here, the right hand track is the single track main line to Kidderminster. I think they had recently relaid the siding, and if I remember rightly the ballast cars were stood behind me waiting to be discharged!


McLeod said:
Rich - Love the prototype photos of yesterday. The last photo certainly proves that running after trains is a male dominated hobby.
Click to expand...

Very true! Same overhear, although there are a number of very good women photographers .. and we have a LARGE number of female train drivers working in the UK, although mainly on the passenger operators. I know of only one with a freight company - although the guys that work with her apparently say she is better than them at the job!! 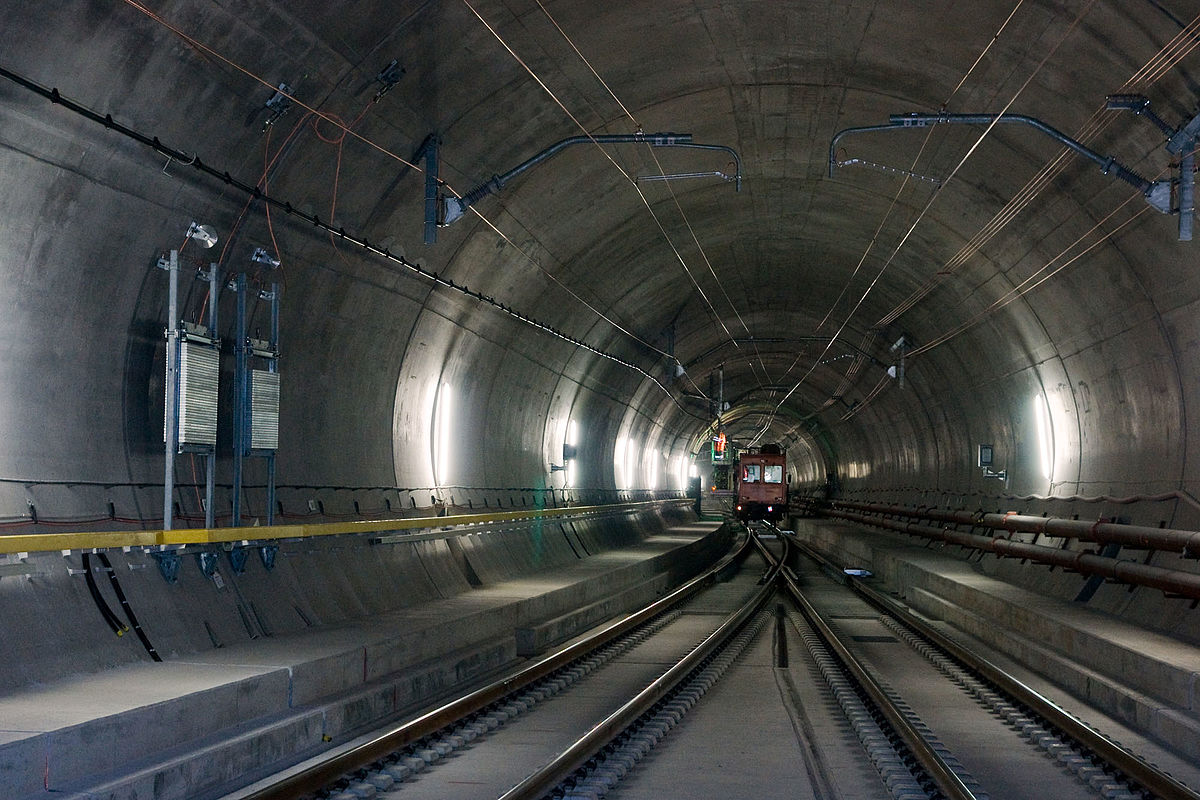 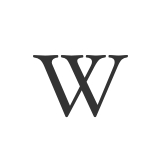 Your right in that it is becoming more common, but that last picture, looks to me to be slab track, where the track is laid in/on concrete slabs (usually in tunnels or underground stations, and there is no ballast at all.

@Sirfoldalot @PRR Modeler @santafewillie Thanks for the comments, yes it was a great weekend!


troyphoto said:
Shoutout to British Railway Modelling - a great little magazine I get on my tablet (to save shipping across the big and expensive pond between here and there). They've got a profile on Woodcroft, one of the club layouts that was damaged in May of 2019 when teenage vandals broke into an exhibition hall and destroyed several layouts. Good to see the layouts returning, repaired and ready for visitors (post lockdowns).
Click to expand...

Hi Troy, a great magazine - they also run the www.rmweb.co.uk web forum, which is one of the best for British modellers in any gauge, and has sections for the American scene too, although not as busy as the main British section of course.

santafewillie said:
It doesn't look like a road crosses at that one unless you drive a Hummer or Jeep.
Click to expand...

Willie, how about a Get a Mechanic Com'n? I do take mine off pavement.

I'm setting on the crossing. And all you railroaders don't worry, I had a toe tag filled out & the required site distance

Staff member
Good Morning Sports Fans Railroad Fans!
I'll start by saying that yesterday was one of the nicest days I have ever seen; the temp was 86, low humidity, not a cloud in the sky, and not a breath of wind all day. I loaded up the pups and went out to the MIL's home where the Spousal Unit is on MIL duty from Thursday till Monday noon. The MIL lives at the end of a short cul-de-sac street with a total of 11 houses (all have 3-5 acres) and almost all have numerous dogs; I stop the truck and let my three out where they run up and down both sides of the road barking their heads off and running back and forth along the fenceline - After ten minutes or so they are ready to continue on to the MIL's house and search out the nearest watering hole and look for a shady spot to lie down.
Morning FLO and MEL! I'm sort of hungry this morning - how about a CFS with eggs up, sourdough toast, grits with lots of extra gravy, and a coke!

Willie - Glad to hear that your return was uneventful. I just cannot sit that long when traveling anymore. Even when the spouse and I are in the RV I have to stop every two hours or so -- stretch, and let the dogs out for a "sniff around".
JOE - Nice, nice photos. Think that is first good shot I have seen of yur layout. gives a nice overall view of what you have going.
CHET - Those are a great set of photos of the club. Really like the details in the last photo.
GUY - Even though it's going in rather than out - GREAT shot of the loco and bridge.
GREG - Do they still manufacture Waukesha engines? I noticed the town on a map looking for where you were describing. Working in the oil patch 60 years back I remember that the drilling rig had some of the biggest engines I had seen - they were Waukesha!
RICH - I want to know how they replace the rail in that "slab track"? I would think they would have to tear up the whole mess and start over?
JERRY - I'm laughing at the visual of the cow tip-toeing around that guard too!

Well - got some chores to do - better get to it. Surprises me how messy the place can become when the Other Half is not here. The pups won't even bring their bowls to the sink when they finish! 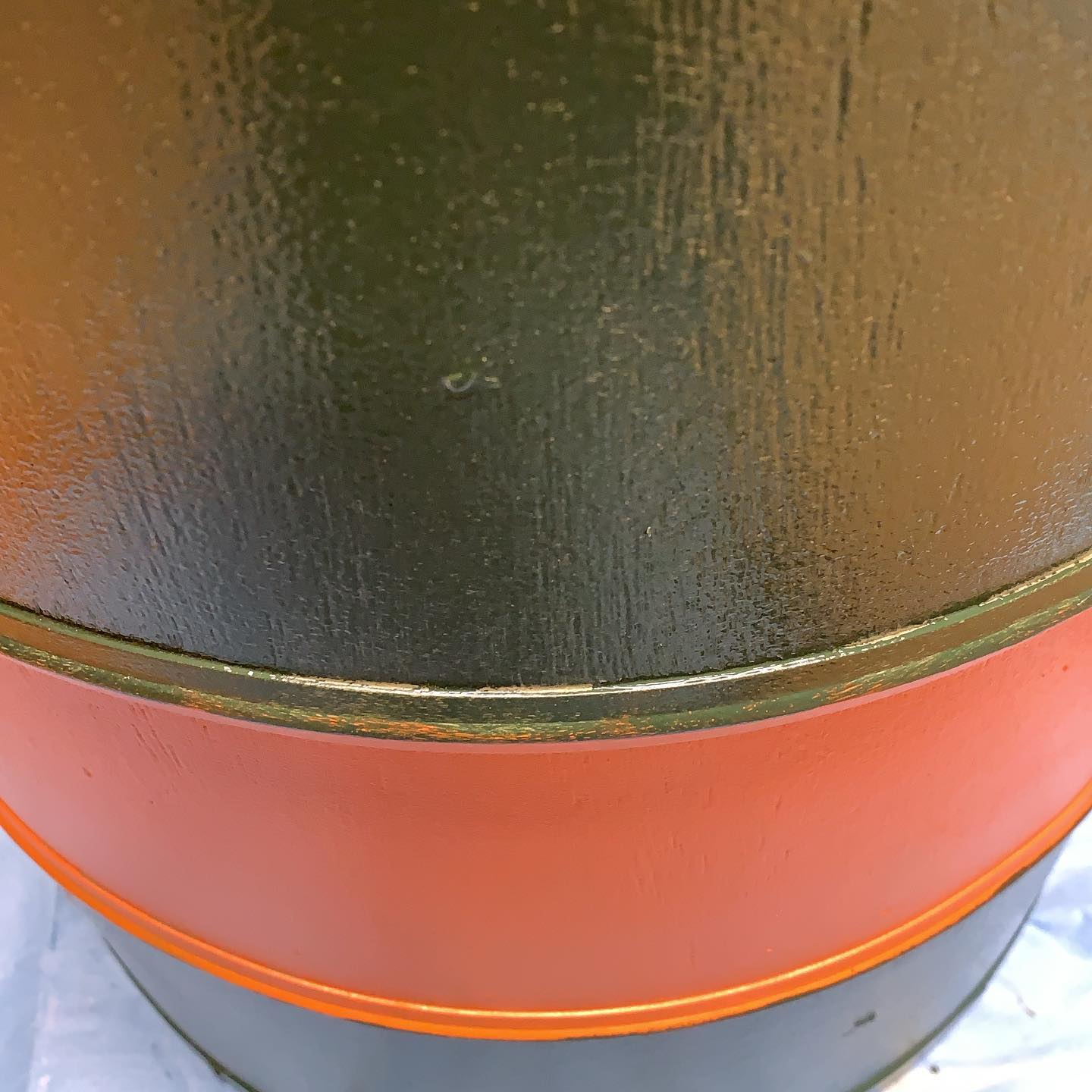 Greg@mnrr said:
There should be fencing on either side of the guard
Click to expand... 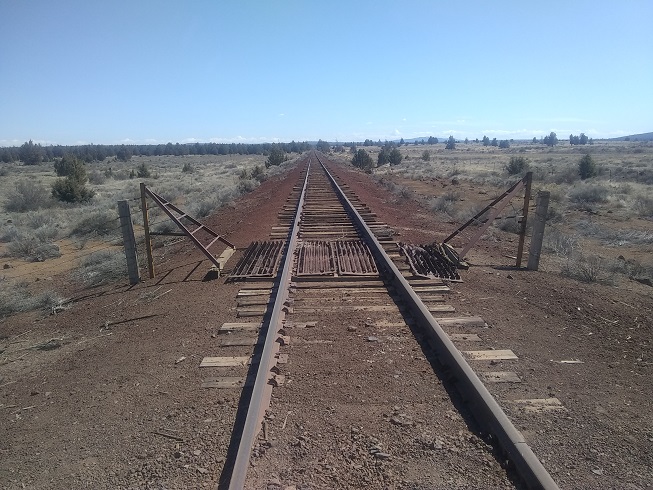 montanan said:
Some parts of the state are what are called open range
Click to expand...

Chet, open range in far Eastern Oregon, although at a very limited amount now compared to many years ago.

Good Afternoon all. What a beautiful, Chamber of Commerce day. Mild temps, low humidity and clear, sunny skies.
How about a Chocolate Egg Cream with a straw?
I did manage a couple of hours of switching time yesterday. I'm waiting on the return of my BLI SD40-2 from their repair facility. Should be getting close. 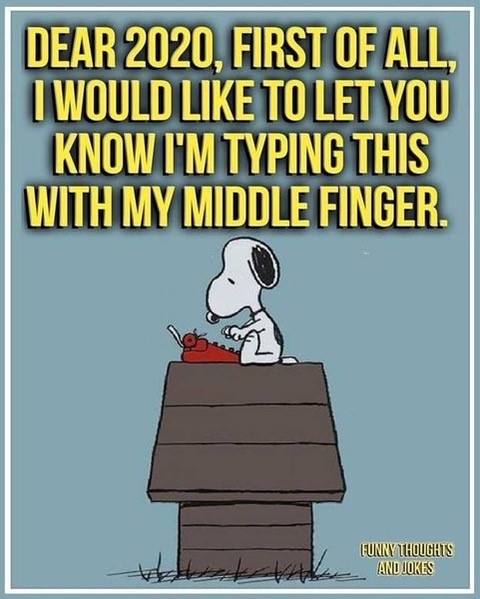 The power finally came back on

but no internet yet

. Can't blame them for that (it's not their job). I'm sure thankful for a decent data plan on this cellphone. The longest we've gone without power was back in 1993 (a little over 2 weeks). It was so cold in the house back then that the toilet water froze. Its 63 here currently so it's been tolerable.

Mr. Willie: so glad to read that you made it back home safely.

Everyone: I hope that you all are safe, well fed, and warm!

It's time to get back... back to the future. Off to the grocery store for provisions. We had to throw most everything out of the fridge. 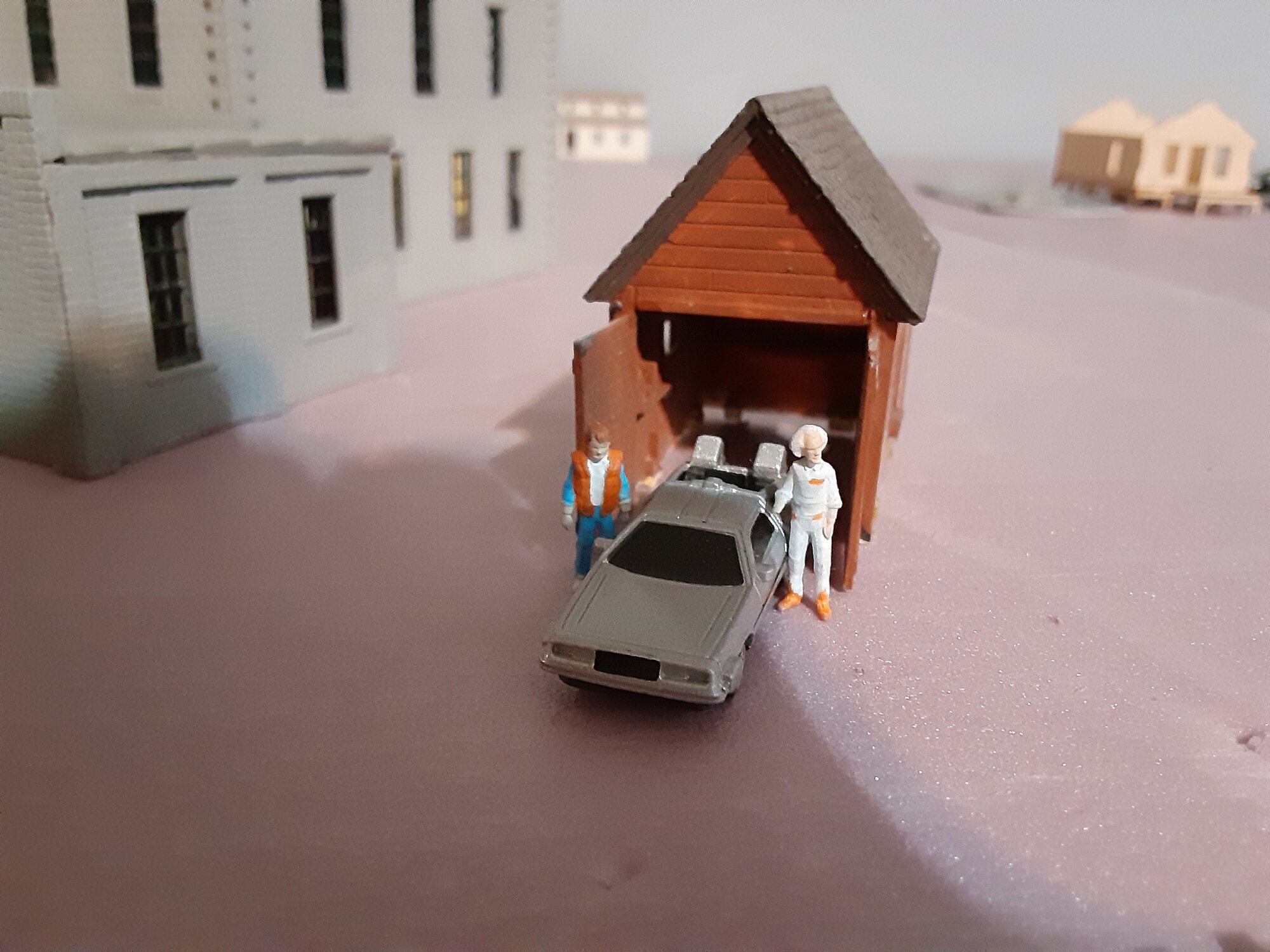 My model railroading plans are shot for the day. I went with Cathy on some errands and a fast lunch at KFC and then to a county park maybe 1.5 miles from our house and walking distance from my old home where I grew up. The park is huge and has lots of marsh land, mixed woods and open areas. Its size is approximately 500 areas and most of the land was a gift to the county by a farmer who owned the land. I would walk from home and hunt the now park land. Lots of small game and deer.

There's a a small lake that was once a limestone quarry that is now a popular swimming spot. When in high school it was the place to go skinny dipping. The quarry has a history. There is a quarry spur that runs to the "Bug Line" a former short line of the Milwaukee Road and the Bug ran from Milwaukee to North Lake, Wisconsin. The quarry mined lime stone that the company heated the crushed stone in the still standing lime kilns and then shipped the finished lime on the Bug.

There is a locomotive deep in the quarry's water. The story is that a crew in 1900 did some blasting late on a Friday afternoon and no one was assigned weekend pump duty to prevent the quarry from filling up with water should there be a pump failure. Well come Monday morning... the quarry had filled with water from a spring that the blasting opening up and the pumps had failed. The locomotive had been parked at the bottom of the quarry for the weekend.

The park was busy today with even some weekend campers!!! This part of Wisconsin is loaded with lime quarries that produced everything from weather edge building stone to crushed construction gravel. All of the larger and deeper pits have pumps to maintain the water level in the pits. The lime stone is part of Niagara Escarpment that runs from Wisconsin up to Ontario and on to Niagara Falls, New York. In fact if you dig deep enough you'll find that our house sits on the Escarpment and the Sub-continent divide crosses through our yard with drainage water on one side running to the Mississippi and on the other side to the St Lawrence River.

Sherrel: I went to the UW of Wisconsin in Waukesha and remember Waukesha Motors very well. It was a large complex and offered a lot of employment to local workers. It was sold in 2015 and operations moved to various locations away from Waukesha. If I remember correctly there were many blue collar bars (as the locals called the bars) around the plant that served the Waukesha Motor workers and with the plant leaving town so did the bars. I believe that the plant was also served by railroad spurs that were originally the C&NW.

Willie: Just found out that a neighbor has passed away from the virus.

That enough history and geography for a Saturday.

Sirfoldalot said:
RICH - I want to know how they replace the rail in that "slab track"? I would think they would have to tear up the whole mess and start over?
Click to expand...

Rail wise I believe its simply a case of removing the normal pandrol clips that hold the rail to the concrete panels, and a simple lift and replace. From memory, its suppose to be cheaper and quicker to maintain in restricted areas than normal track, and quieter for passengers.

Thats a superb close up photograph of an N gauge oil drum Troy!!

Yes, it's really November already. This is the new place, they're trying Pumpkin Spice flavored paint on the walls, let them know what you think about it.