Glad the custom jobs are working out well for you Johnny! I can't seem to get any to (well there's a few waiting until the buyers get the money...). I'm going to have to stick to eBay'ing some custom units.

Get your HOT DOGS here

Nice Shots everyone ! Radar they sure look nice would love to get a couple in New York Central paint .Will hold out to see if Walthers puts them on sale !

And here for our resident tree guru Jos

just made a few tree's from a type of pampas grass stalk's i found at the hospital, a quick trim up, then a good spray of hair spray and straight into a tub of green dye'd sawdust and hey presto, Poplar tree's. When they are dry i can add some more as required and spray the underside with a fine dusting of matt black and grey to darken the undersides and trunk. 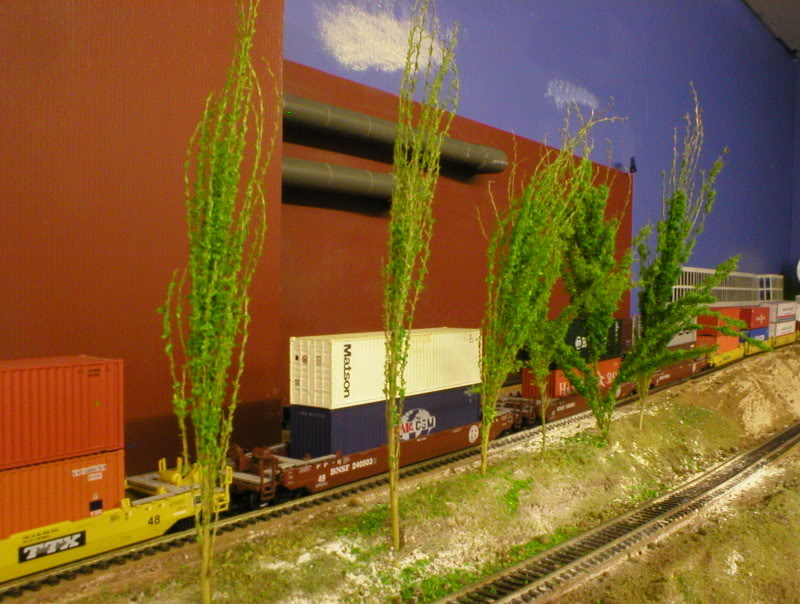 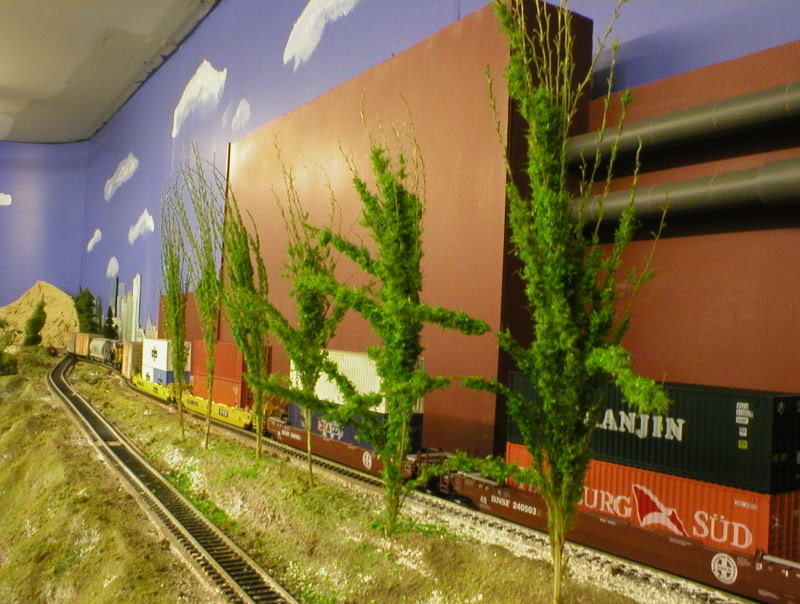 Its been awahile since I shared a picture with you..
So,heres one of my CF7s. 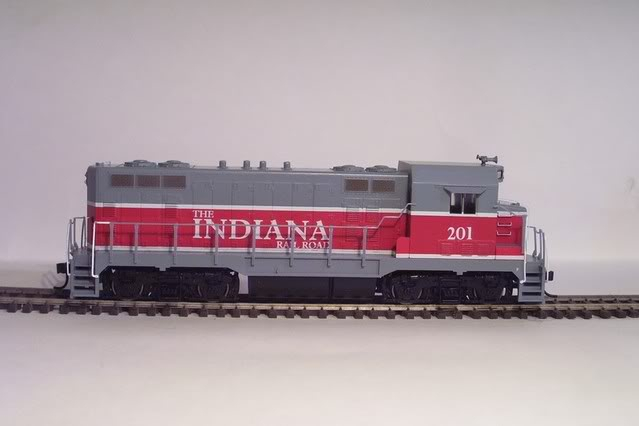 It's not glamorous but...

..through the silhouette of Rock Ridge you can see the first step towards the new Rock Ridge and Train City--the track lighting I installed today.

Chip, some minor photo shopping and it would look REAL! Thats a GREAT shot you've got there!

Johnny
Great job on the shells! 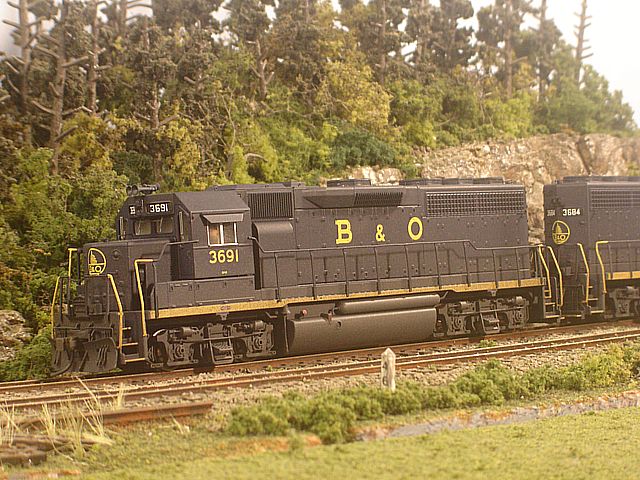 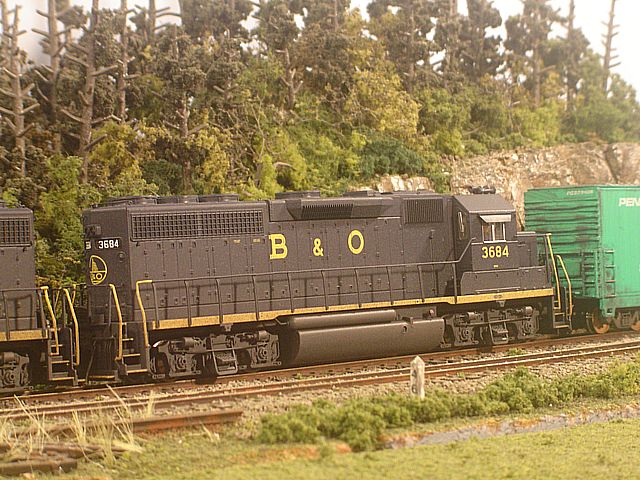 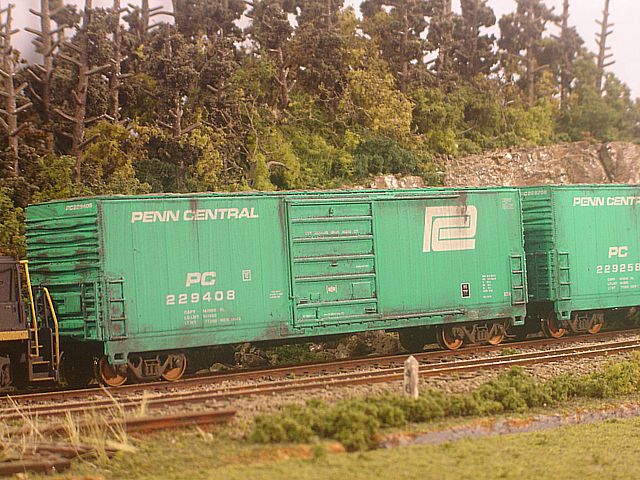 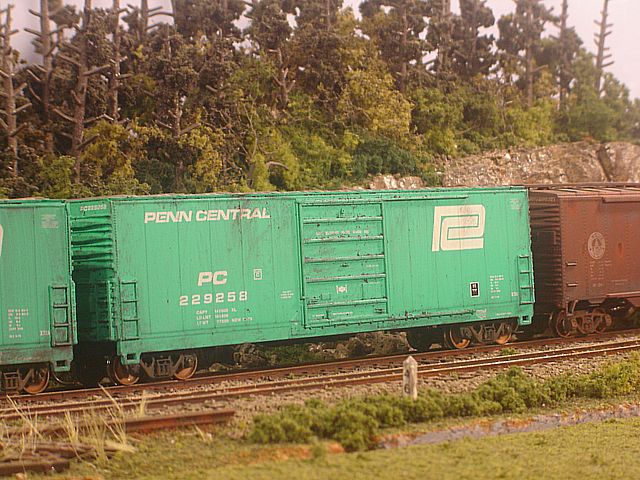 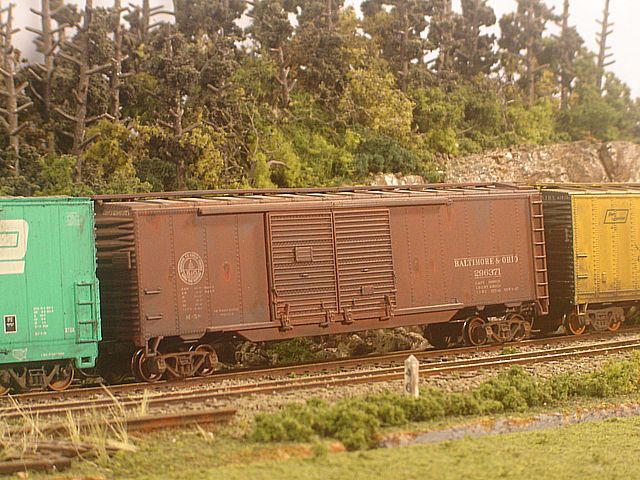 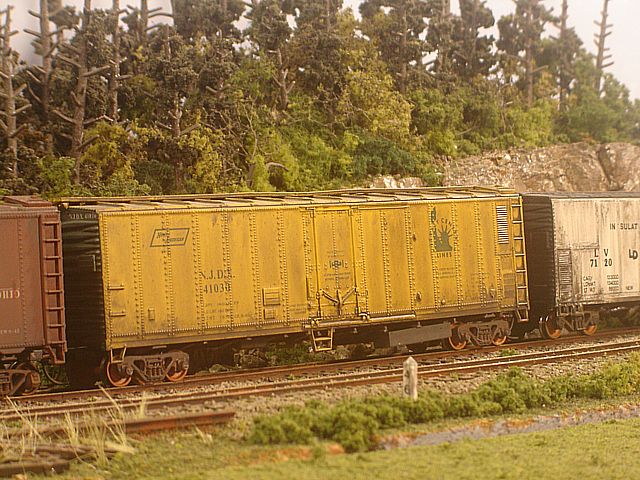 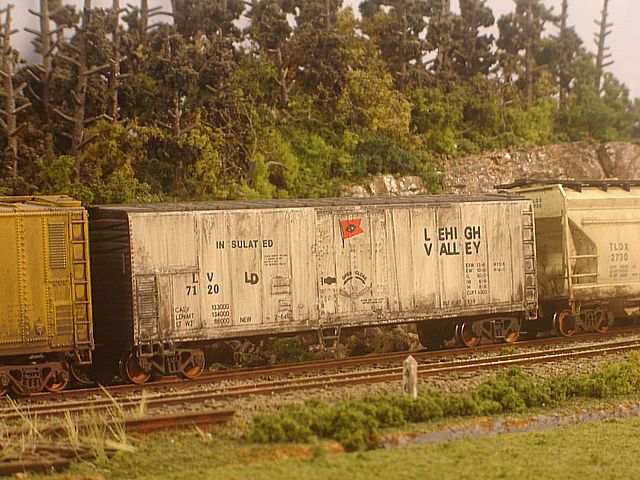 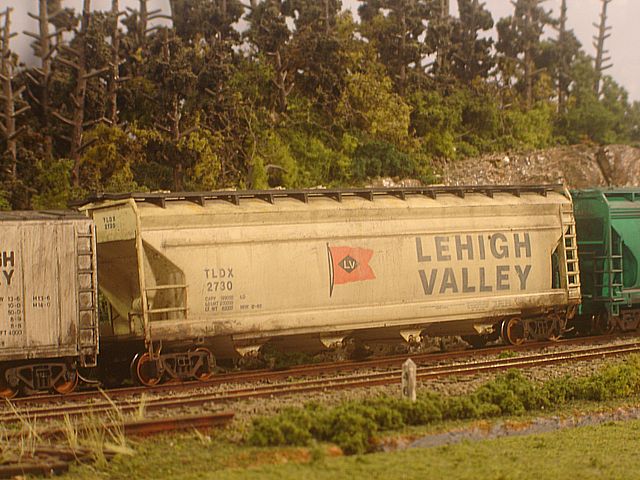 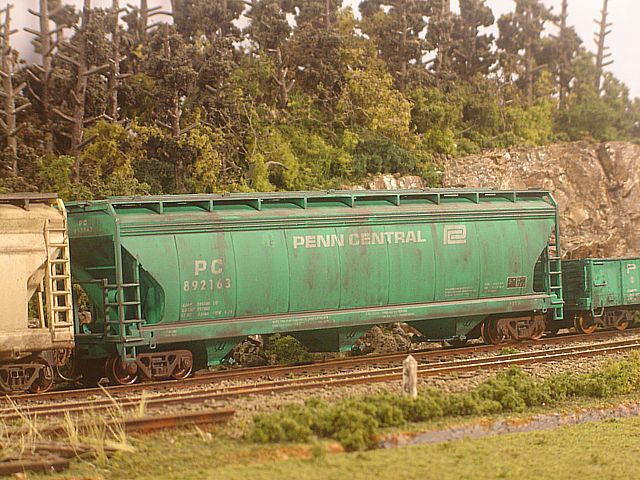 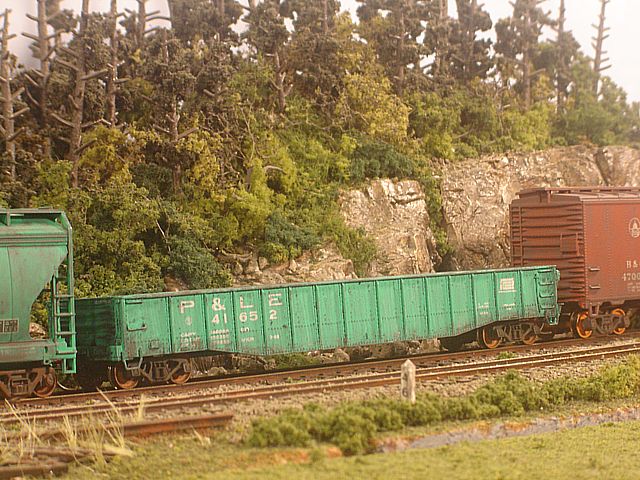 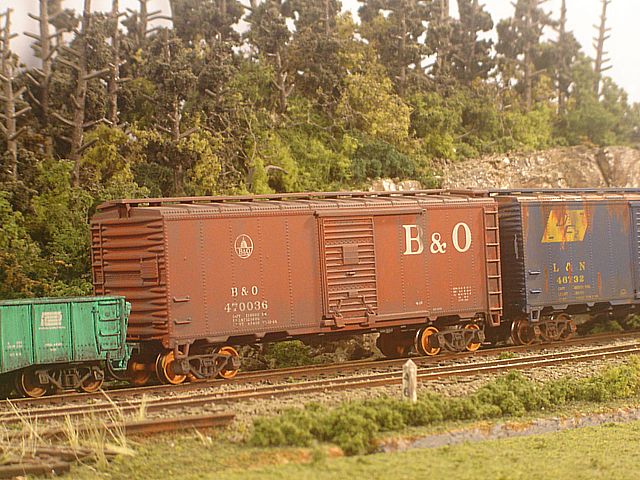 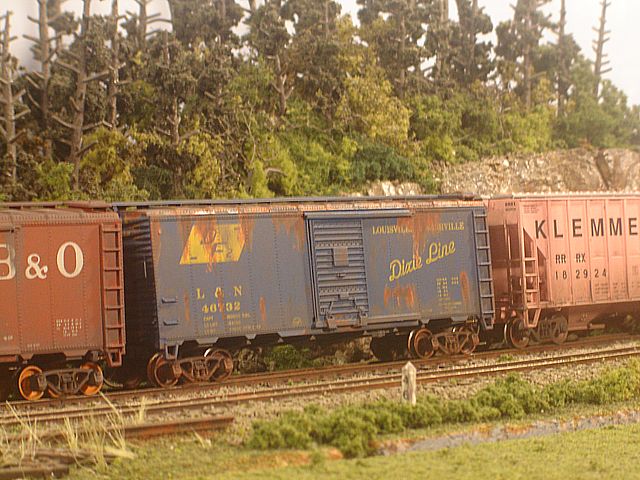 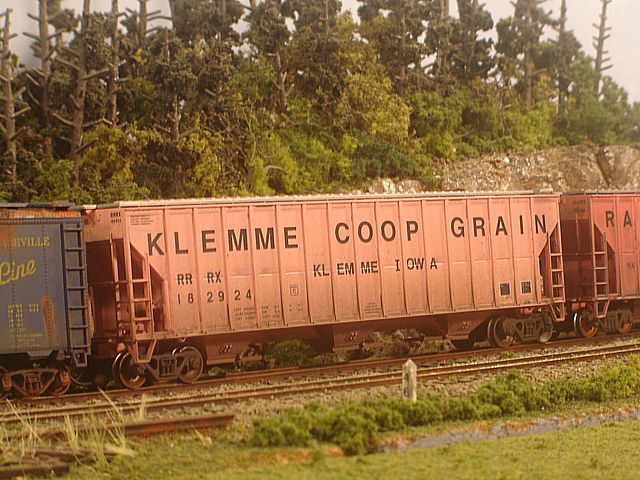 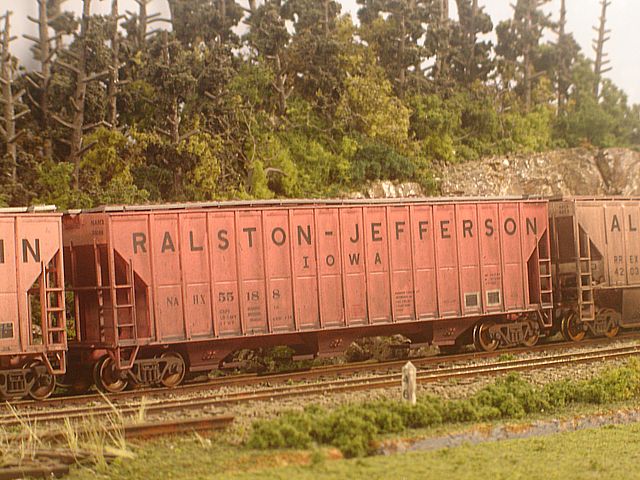 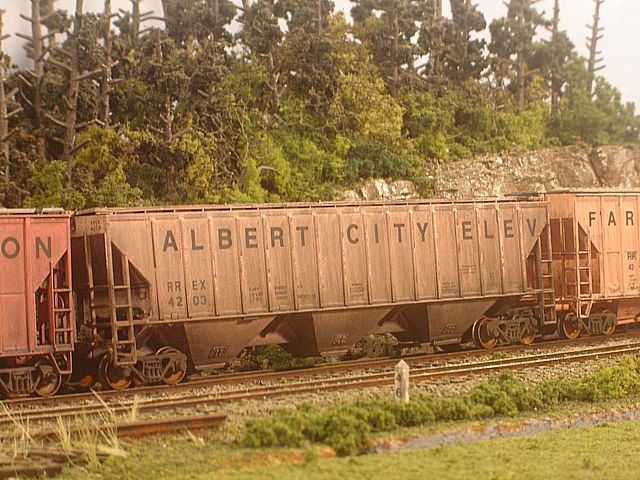 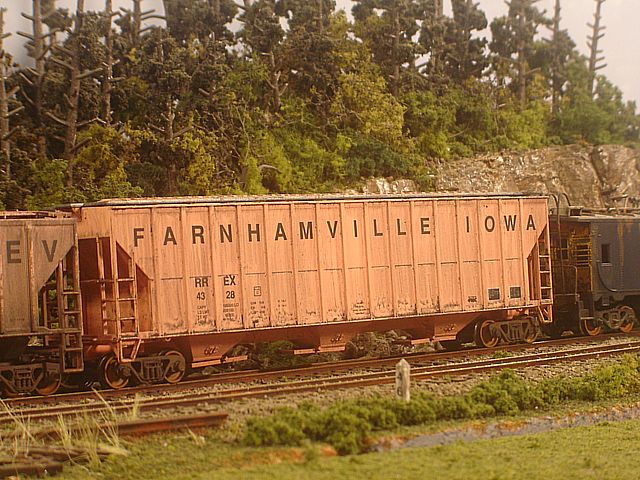 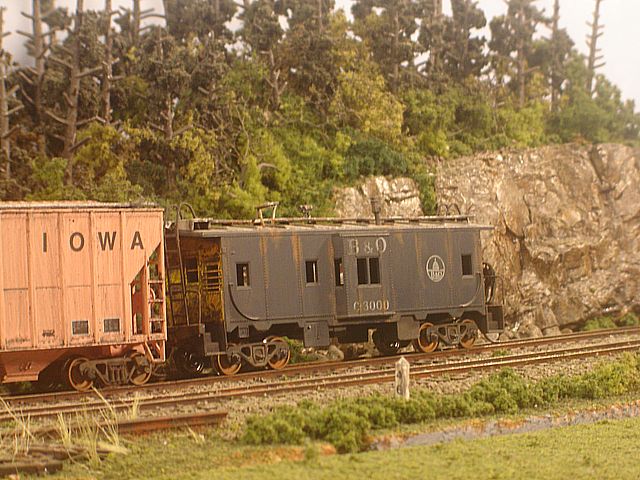 Here's CN #5414. Sadly I had to do some trimming of the two front side frames, otherwise they were binding against the ladder wells. No matter, they're not really visible where I trimmed them anyways!

enjoying every word and picture each time whin I "visit" this part of the forum!!
Thank you all.
Steve B : Welcome to the world of modeltreebuilding!!! But watch out it could be that a t.m.v.(tree-made virus) bug was hanging around the hospital and also the plant( miscanthus sinensis) BTW: If you can find some real pampasgrass and use the "flowers"of that plant and treat them the same as you did with the shown ones the results will be far more realistic!! with the same efforts!!( the real name of pampas is Cortadeira selloana)
BTW Chip: why is it NOT glamorous...watch the added picture....
Ill think it is great

grove den said:
BTW Chip: why is it NOT glamorous...watch the added picture....
Ill think it is great

Thanks Jos. You know there were several ways I could have taken that picture to show the lights. This one sort of caught my eye. Here is Rock Ridge at Sunset.

Only you could have bashed that car. Impressive.

Nice pic of the S4. The icicles on the roof-line were a nice touch.

That BN looks kinda tired. Maybe it needs a trip to the engine spa....and the only good Alco is a dea--nevermind.

Those weed trees are interesting. I do a lot of experimenting with the local flora as well. Can't even imagine buying a pre-made.

When my son and I go railfanning that is all we see--NS Dash-9s. Although we did find a pair of SD-40's pushing coal empties under a tipple.

I think I've been there.

That backdrop is very effective for photographs.

Is that little pier your scratch-build from last year. I remember when you built it.

Nice clean work as always. Do they ever pay you to dirty them up?

Congrats on the acquisition.

[self-congrats] You finally started working on that new layout.

I once considered modeling a railroad where every single loco had to be bashed. Things changed and it never happened. whew!

Every piece of rolling stock will have some degree of weathering--mostly light. But I haven't done the first yet. But you keep me focused on how far I have to go.

Great work everyone, Tom, i like the look of the 40ft L&N boxcar and Chip That look's great
Josh your WAY ahead of me on the detailing front

Space....... Nah, I'm only in the early stages of weathering my own stuff, I leave that part up to them. I don't offer it as a service. As a side note; the AFT had frequent baths and paint touch-ups so it never really looked too dirty.