Staff member
I waited to post something about it until I actually had the stuff in my hands, and knew it was on the up and up.
I have found a new favorite not-local hobby shop for many things, PNP trains. They have a website, (pnptrains.com), and have really good pricing. They are a small place, with great customer service.
They are predominately N scale, but they can get almost anything, if you don't mind waiting a couple of extra days. The lower cost to me is worth it, since I have to squeeze a nickle until the buffalo poops in my hand.
They are in Renton, Washington.

Greg@mnrr said:
I for one can't contract the virus and my MD's are instructing me to stay at home for another two months at least to avoid contact with others.
Click to expand...

GREG - I think that most of us here know the reason that you "MUST NOT" contract the virus, but others may not?
You may want to edit your post there?

How many 6 axle locos do you have?
Is it imperative that they use this section of jinxed track?
I would replace that section (if needs be), or limit that area to 4 axle locos.

Please don't hold it against me on the language correction. I am not the sharpest knife in the drawer and I am usually the worst with both English and Spelling.
Last edited by a moderator: Apr 8, 2020

I forget who asked about Bill's mask in my avatar, but here's the complete picture. You can buy it, signed by Breathed, on his web site (https://www.berkeleybreathed.com/) and a portion is donated to charity. 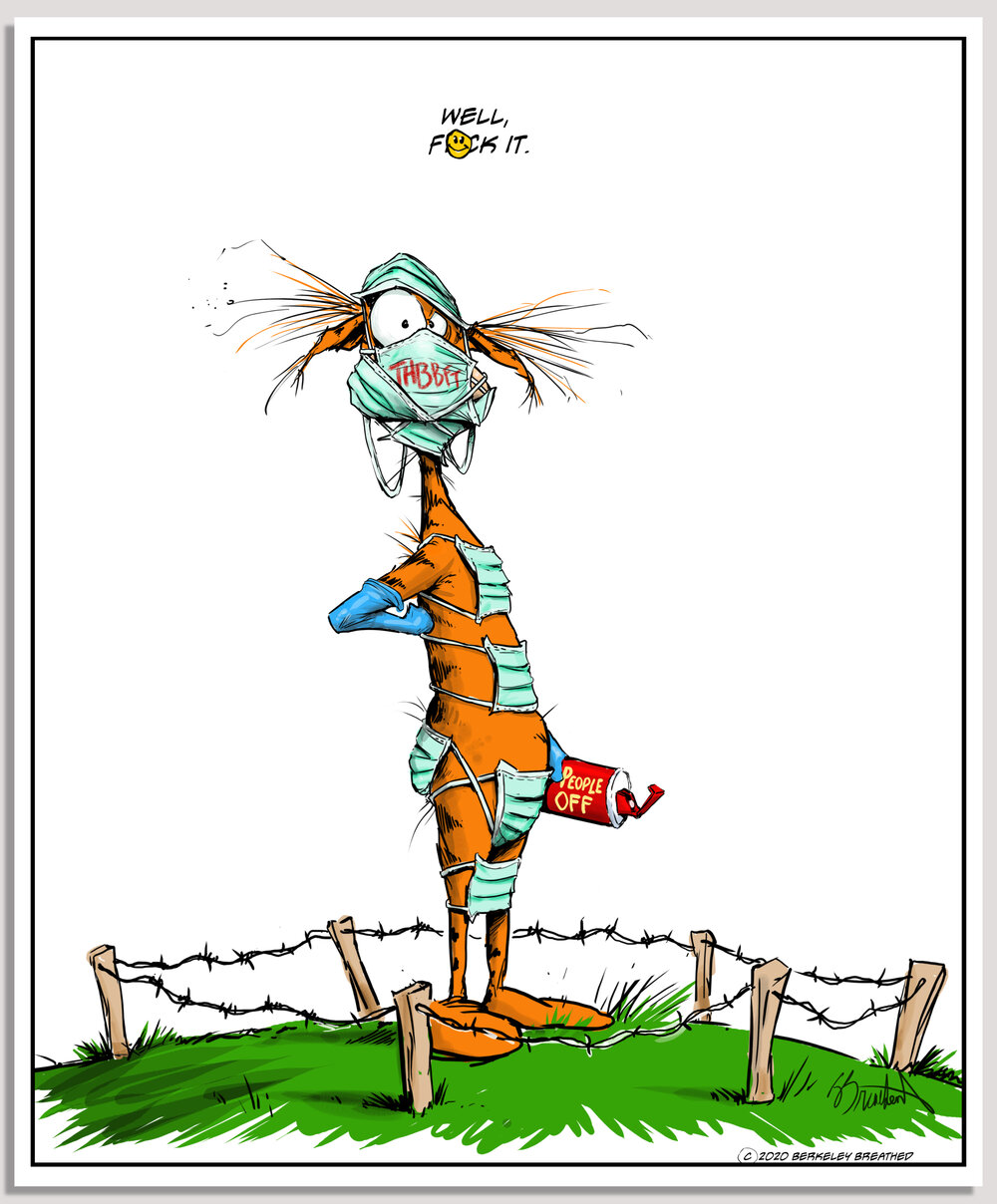 Willie- The coke machine is the crowning touch for your antique store. A very nice detail!
Chet- I could not agree more that you have found the best solution to all the bad Covid-19 news.
There is news and then there is beating a dead horse.

I found a couple truck kits stuck back from a box of structures I bought several years ago. There are parts missing so I am having to find substitutes. We will see how they turn out.

Sirfoldalot said:
GREG - I think that most of us here know the reason that you "MUST NOT" contract the virus, but others may not?
You may want to edit your post there?
Please don't hold it against me on the language correction. I am not the sharpest knife in the drawer and I am usually the worst with both English and Spelling.
Click to expand...

I'll make a short story out of a long one....four years ago I was clinically dead and the medical staff and doctors wanted to declare me dead. My wife said "No" keep the CPR going. My heart just stopped, but I had electrical impulses. After 23 days in the Critical ICU and 30 days in critical rehab, I went home for three months of various in and out of home physical therapy and during this time I needed to learn how to do common things like get out of chair, get off a commode and walk.

Last summer, I contracted Lyme's Disease with recovery lasting 28 days which then was followed by a gall stone that blocked my small intestine. I had surgery on Wednesday and was due to go home on the following Saturday. Complications developed and I was placed in the critical care ICU with a single RN assigned to care for me for 21 days. At first the doctors wanted to remove my life support, but my Mrs. insisted they left me alone. When I left the hospital I was taken to a Re-Hab center.

When I left the hospital I couldn't stand, walk or sit up in bed. At the Re-Hab center I over heard some say I would be there for 30 - 60- days. I said Bull S..T! No way would I stay in a Re-Hab Center again for an extended period.

Later on my first day in the Re-Hab, I told the Physical Therapist that was examining me I said, "I'm leaving here in a week. She replied impossible you can't even walk. I had a few words for her and asked for a walker. I got out of bed, grabbed the walker and walked 35 feet and returned to my bed unassisted. She was amazing after seeing me when I arrived several hours ago at the Re-Hab.

Well the next Thursday as I planned...I was released to go home. The lasting problem I have after all of this is bad kidneys and weaker legs which show some signs of improvement. I was on dialysis for several days in the hospital, but now improved.

The MD's are concerned that the Corona Virus would likely kill me if I contracted it.

I nominate Greg for Old Fart of the Year.

Can I get a second?

montanan said:
So tired of nothing but 24/7 gloom and doom news on the TV. There has been some good new out there but the new media can't seem to find it. I do realize that this is a serious situation, but come on.

Yes, and that's why we try and keep this place politics and drama free. I'm being extra lenient with the COVID stuff, as it affects us all and it is having a direct impact on your life and your hobby. So I'm good with the conversations.

So treat it like a good bar. Current events are OK, but not religion and no politics.
Last edited: Apr 8, 2020

Hey, that's the "Skookum!" After spending many years in parts at "my" railroad, the Mt Rainier Scenic, it was finally shipped down south to Oregon where the crew of the Oregon Scenic Railroad did an amazing restoration. It was then shipped to California, where it's at now.

Beady said:
Can I get someone to model this?

Here's a mask that my wife made for me. She's going to make me another one with a K4 on it. 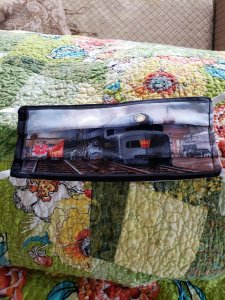 Bob, post #327 shows me saying something I did not say.
Dave

Yes, that's strange because the attachment was posted by Chet!

No train pics but I do see some nice sunsets. 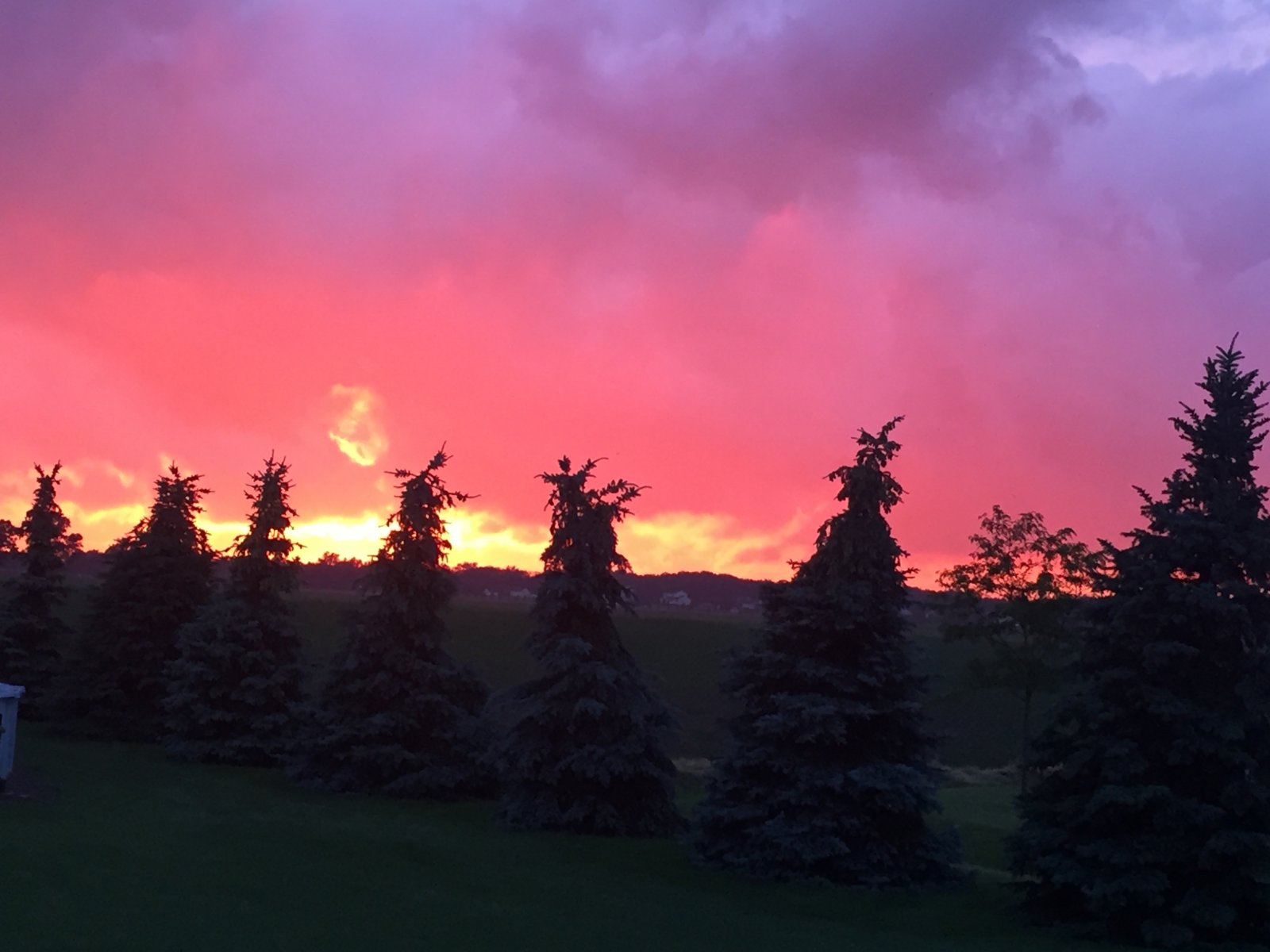 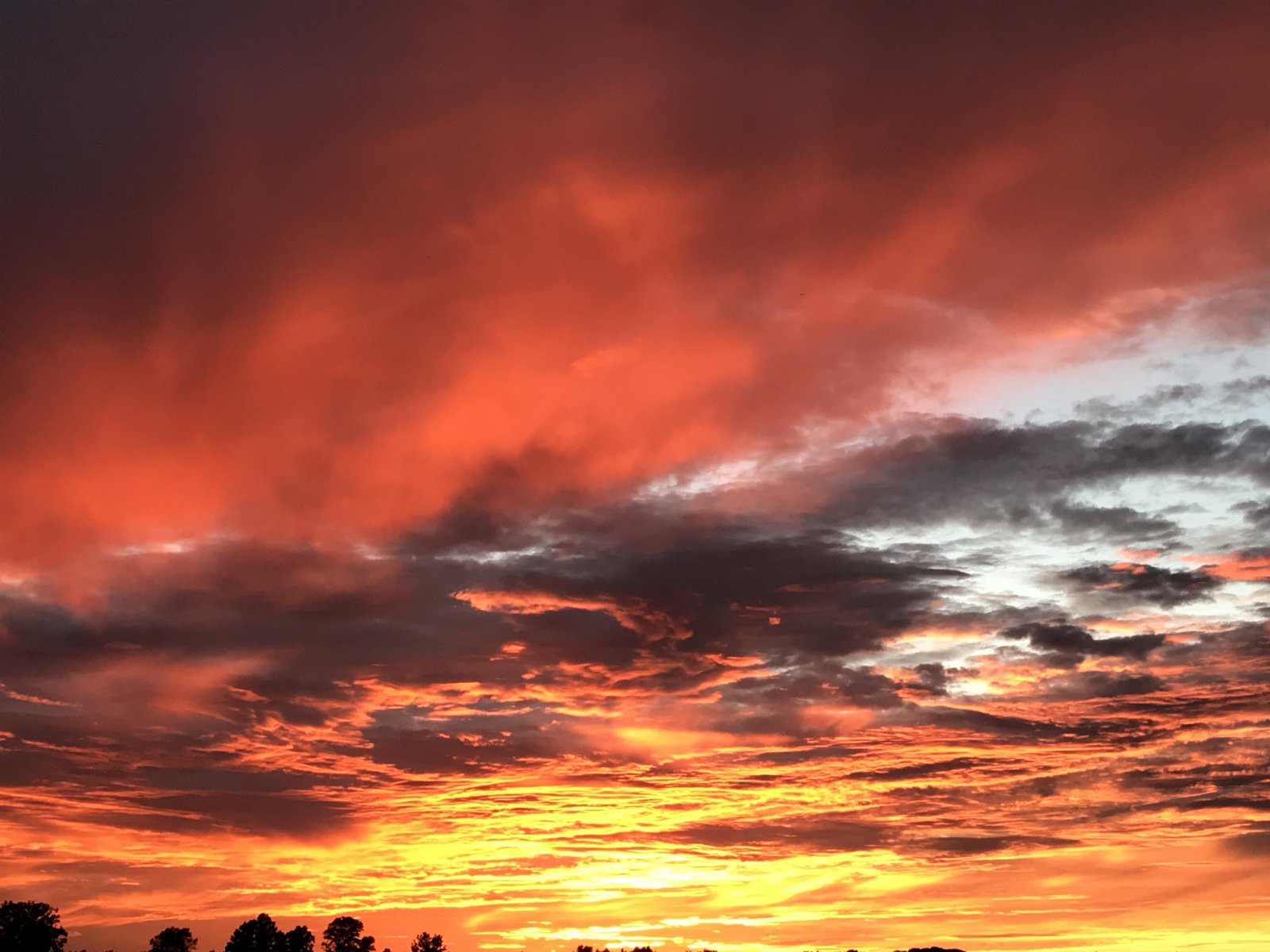 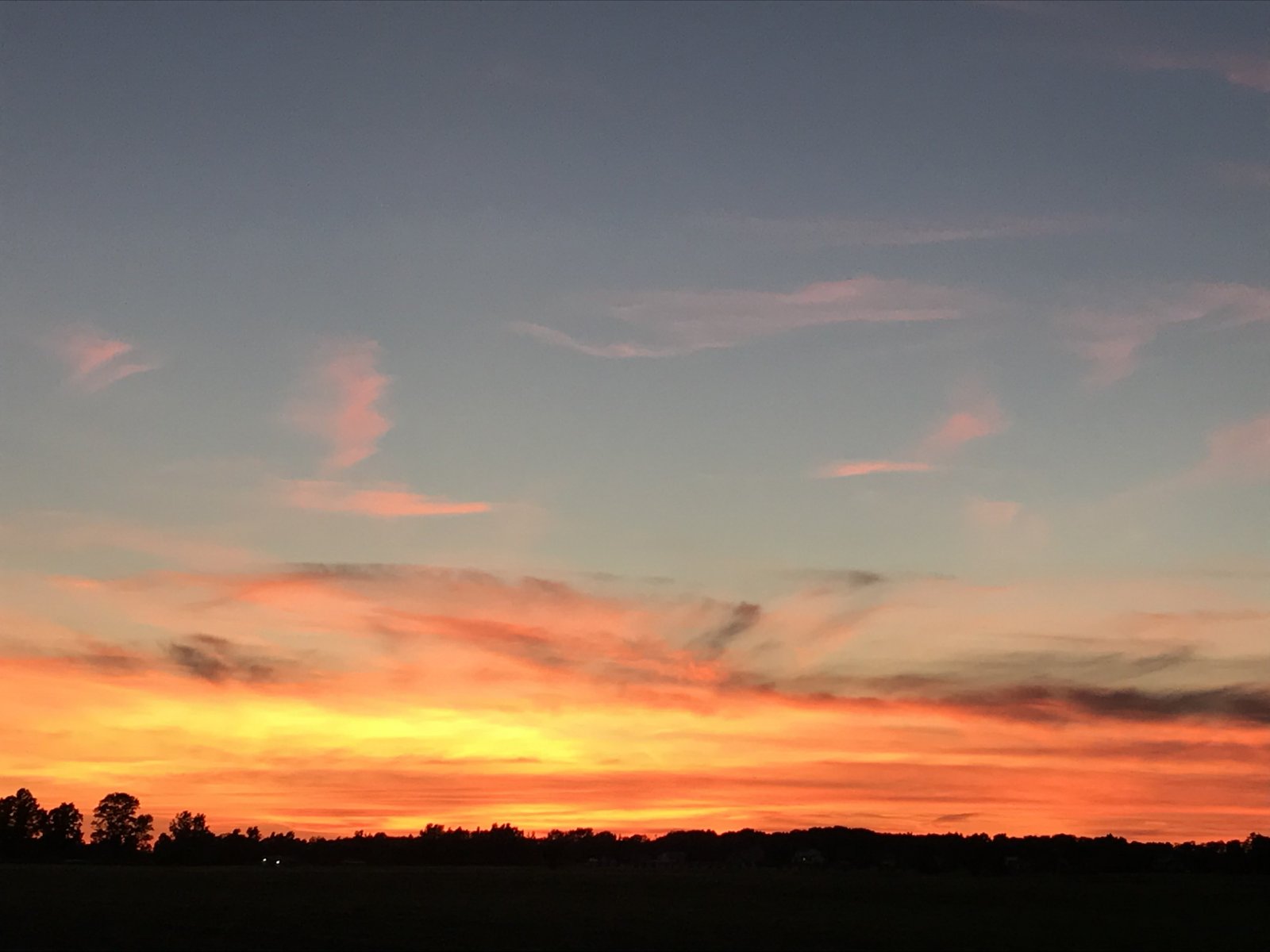 I hope everyone has a good night.
Click to expand...

When I saw that plan, I was a bit worried. The turnouts in the lower center part looked "optimistic", as in they might take up more space than you'd shown. It's very hard to draw a plan by hand, switch ladders take up way more room than most folks guess.

So, for fun, I drew it up in 3rd Planit. It turns out that it fits pretty good. A little tight on the right side (12' mark), but all in all, you did a good job of laying it out. Because it's tight, these are all #4 turnouts. 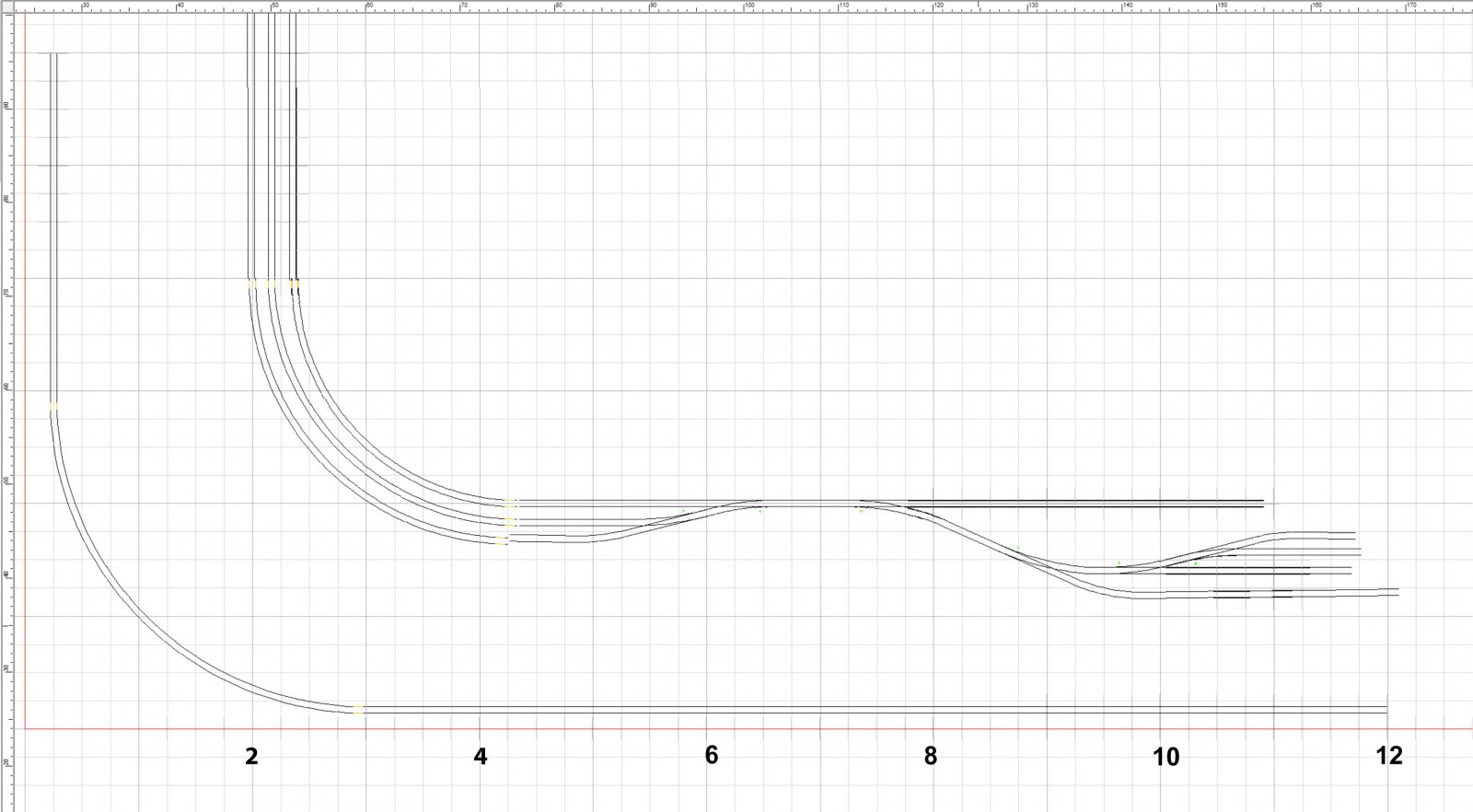 Staff member
Now, if you're taking your exercise across the fields to ensure you're complying with social distancing, be aware that not all are doing so. Some are very bunched up, and worse, they are very inquisitive. They can also want to get very close to you too, very quickly

Ok, figured out what happened. I was on my phone and had started to reply to your post about who had edited your photo (it wasn't me, one of the other mods must have given you a hand). I gave up, since typing and editing on the dang tiny screen is annoying.

Then I logged in on my desktop and replied to the other one. A bit of the code from my previous reply showed up, the forum does that thing where it caches what you typed so that you don't type a huge reply only to have it vanish if your screen refreshes or something, which is common on the phone.

So the original "quote", which was to your message, was still at the top and it used that one. I've fixed it now.

Good evening everyone. Still 80 degrees here a little after 8 p.m.

I've not been on the forum for a few days = getting used to this new schedule working at home is a bear!! Not hard, just way different. Haven't run trains in a couple of days, either. I'll have to take some new photos and post them.

Patrick, Burlington Bob, Tom, Sherrel, Garry, Texas Hobo, Flip, and anyone I may have missed - thanks for your likes and comments from my last post.

Have a good evening everyone.

tootnkumin said:
Now, if you're taking your exercise across the fields to ensure you're complying with social distancing, be aware that not all are doing so. Some are very bunched up, and worse, they are very inquisitive. They can also want to get very close to you too, very quickly
Click to expand...

Is that Oz? You should be careful in Oz with that many snakes looking at you... One bite of an Aussie snake can kill a herd of elephants!

chadbag said:
Is that Oz? You should be careful in Oz with that many snakes looking at you... One bite of an Aussie snake can kill a herd of elephants!
Click to expand...

Going by the accent of the woman making the video, sounds more American to me. (I like the "oooh!" at the end) I don't believe there are any snakes here in Oz that are as sociable as those. Our most common one here in Queensland is the Eastern brown, that can stand right up on it's tail and launch itself at you. The other I saw once on a roadway was the Red belly, black snake.
Brown snake in mid strike 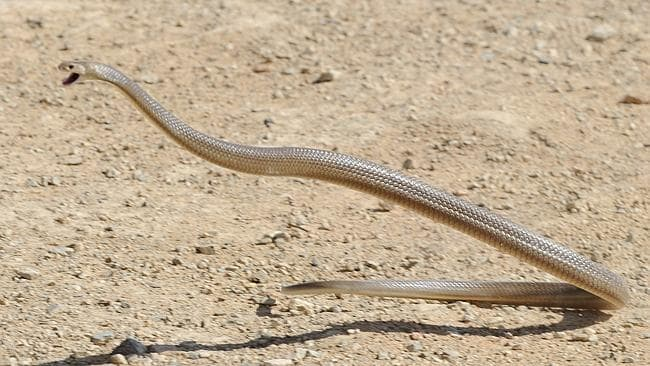 Beady said:
I nominate Greg for Old Fart of the Year.