Thanks. Yes, I build models for a living. Not just railways, but R/C aircraft, boats, anything really. The layout will be heading to Ireland soon.

Here's a couple of other examples of the stuff I do....

In addition to making the fittings for the quayside legs, over the last few days, I've been finishing off odds and ends and testing. One of the quayside accessories that never got attached is the barrage balloon and crew. 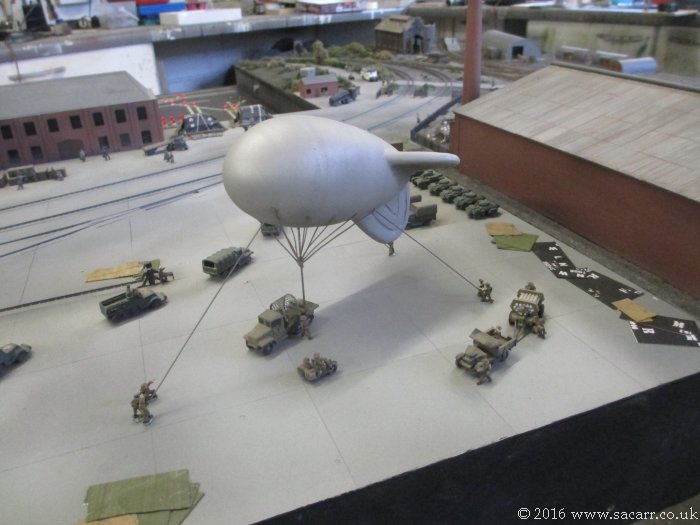 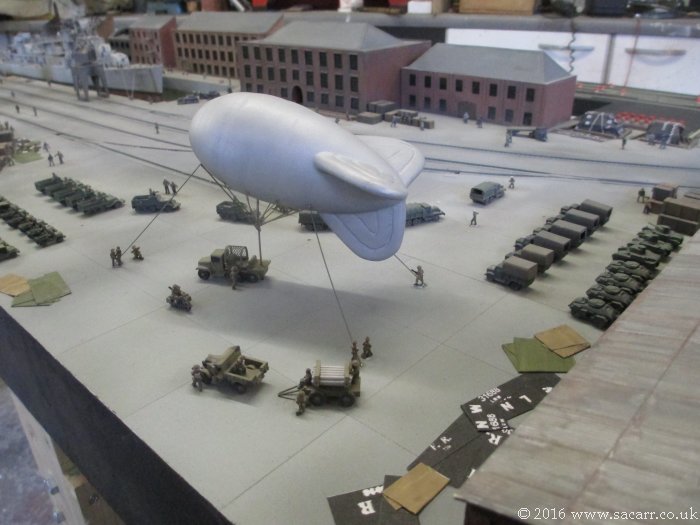 The Hurricat fighter was test fitted, but due to being so close to the edge of the board, I left that off. I've also spent some time boxing up the smaller accessories for transport. 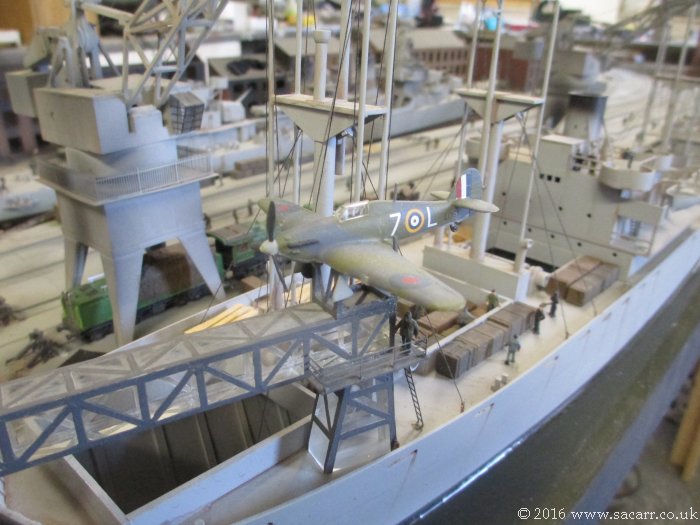 The control panel on the yard had a small hinging support added to the quayside section, to hold the panel horizontal when the layout is assembled. 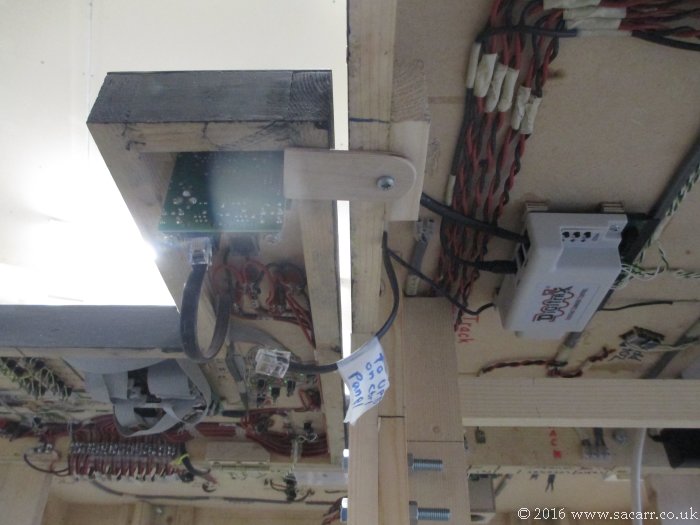 I also did some reprogramming of the pre-set routes, as some points on the airfield section, ended up with different decoder addresses to that originally planned. Since I hadn't used the PR3 programmer for possibly two years, it took some time to remember how to get the laptop to talk to talk to the DTM30 control panel circuit!

Once done, points were tested and programmed routes checked, and then I started labelling up the panel. 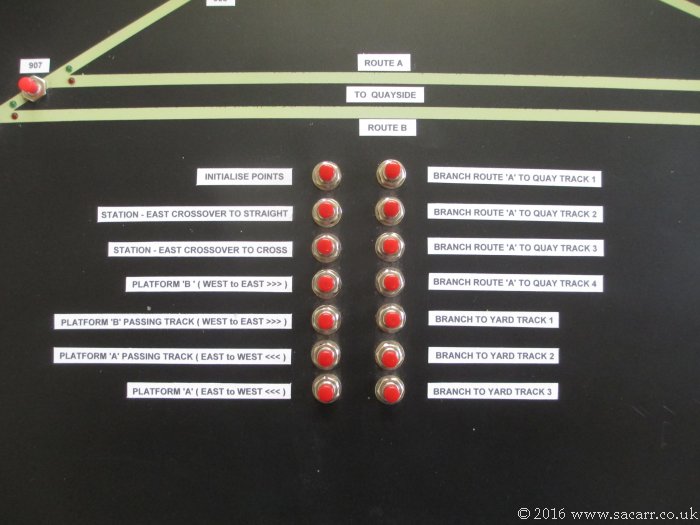 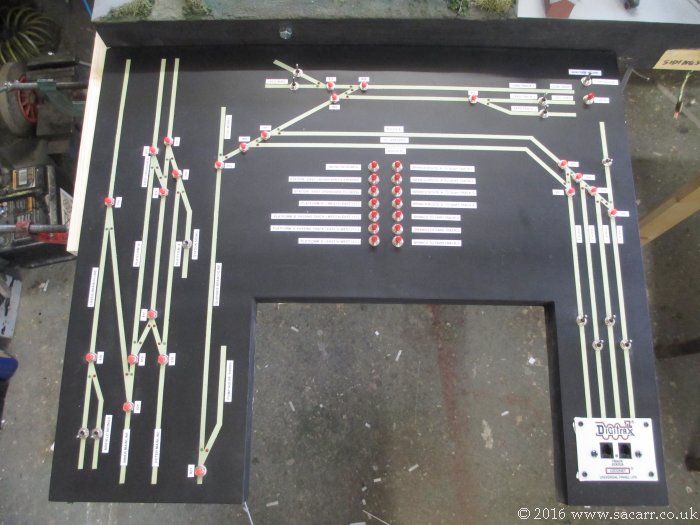 The Jeep chassis currently on the patio is being collected tomorrow, so for now, the layout has all been moved out of the way to the far end of the workshop, to clear a way through for the chassis to leave.

After that, I'll probably have one final lay out of all the sections with Loconet connected on them all, to make sure both control panels are talking to the whole layout, then it will probably be time to sort out delivery.
C

Will be great to see them together

You have taken us on a great trip , please keep up the great work

Today, all the sections were laid out and connected electrically, to test the two control panels operating all the points. I've had to swap a few wires around, so that both panels trigger the points the same direction, and the LED indicators all agree with the point directions.

One circuit board seems to have a fault on one output. It's the point to the clay works. It will throw the point to lead to the quayside, but not the other way. It then seems to stop all the other yard points from operating. So long as it is disconnected, all is well. The solenoid works via another 16vac source, and a different solenoid was tried on the layout, with the same problem. There's nothing I can do, except leave that point disconnected. Since CML Electronics are or haev ceased production, a replacement board is unlikely. There may be one other option to by-pass the issue, but I haven't looked at that yet.

From the start, I didn't want to use DCC everything, and if it had been my layout, I would have gone for a simple probe and contact 16vac circuit to operate the points.

So anyway, here's some pictures of the sections laid out. 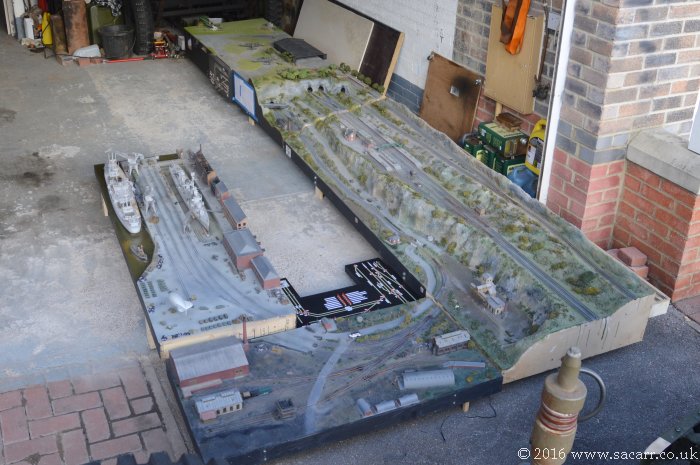 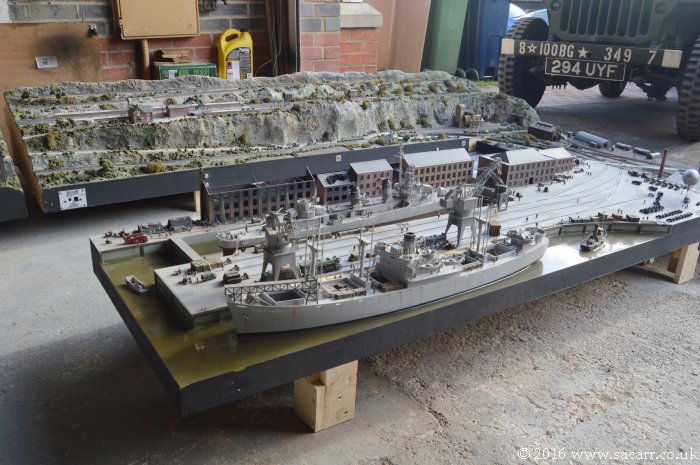 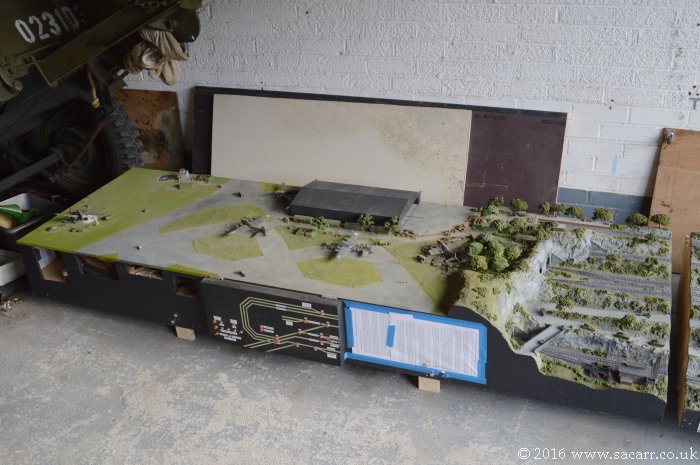 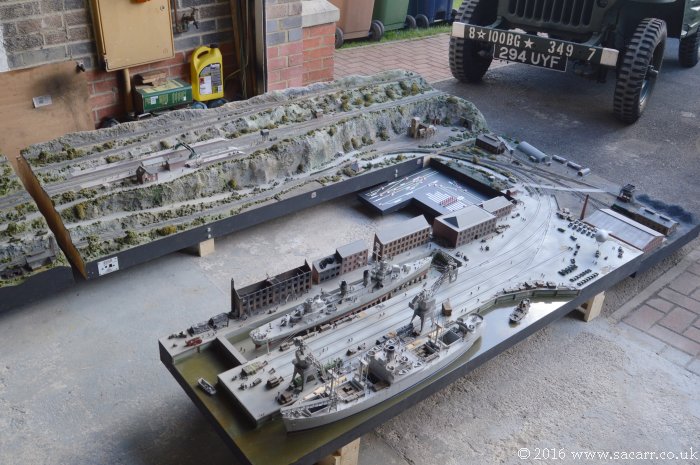 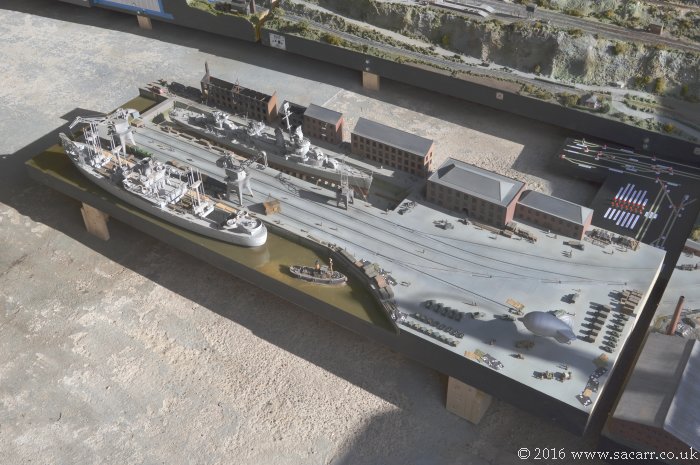 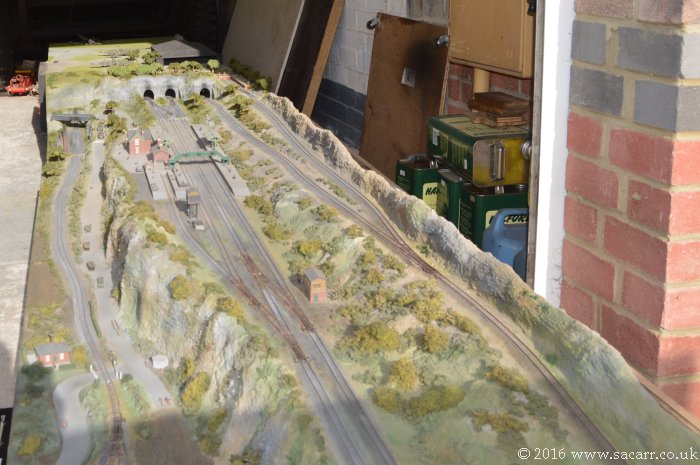 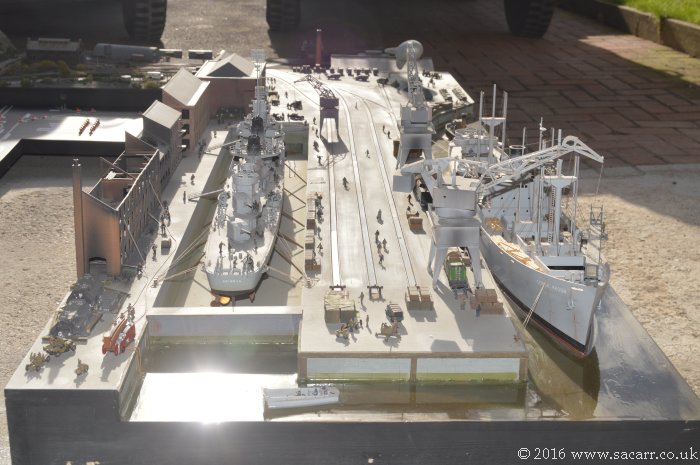 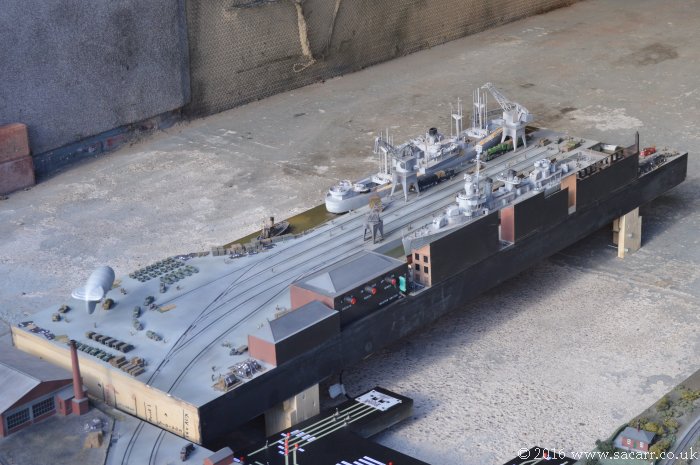 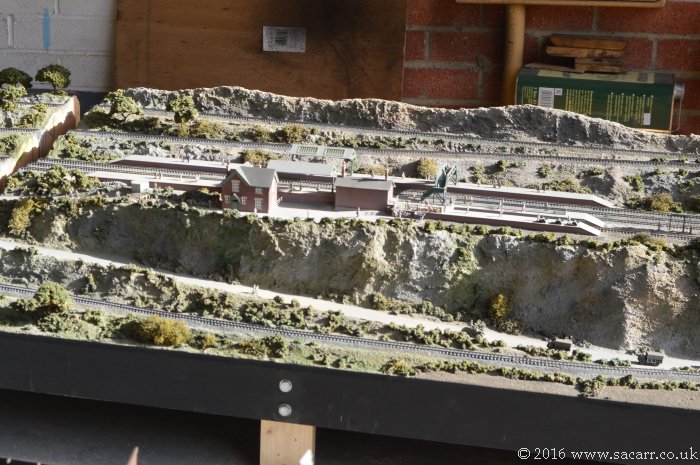 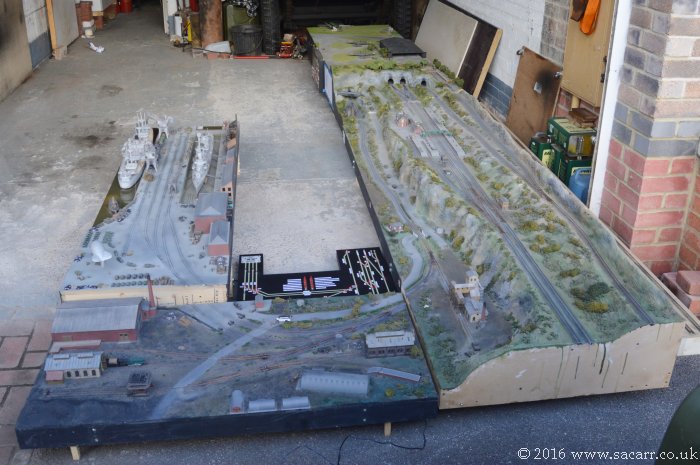 The yard and station sections are now back in the workshop, up on the benches, so I could access the underside and make the wire changes and reprogram the initalise points and route point throws. They all seem ok now, and it appears there's just enough room to allow the airfield to be brought in and connected briefly to give one final check for both panels working together. It will have to be briefly, as with those three sections connected, it completely monopolises the workshop, and the workshop to garage door. 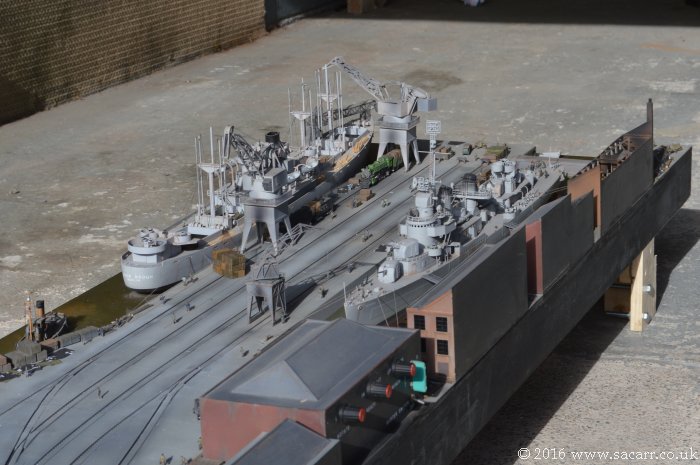 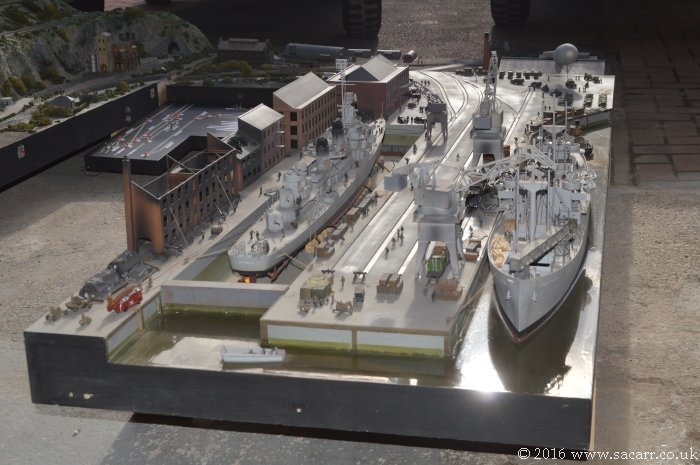 Excellent looking scenes Stephen . I see the electronics part is crisp and clean as per your usual work.

I think it's ready to deliver once I pack up all the accessories. I fixed the clay works point that only operated in one direction. Somehow, the programming of the DAC20 decoder must have got corrupted and changed the type of output to switched on/off. This would trigger the point one way, but not the other. I've also had to do a little LED rewiring so that both control panels are synchronised switching the points the same way and indicating the change identically.

Other than a few notes I'm putting together on set up and operation, it's done.

Needing space in my workshop and garage again, it was time to load the layout in the trailer until the trip to the customer can be arranged. I knew space was going to be tight, but had a rough idea how I planned to load the sections.

First in was the quayside across the rear of the trailer, then the airfield at the front left with the board for the runaround loop tucked behind. The short legs on the sections were used to screw them to the floor with metal angle brackets. 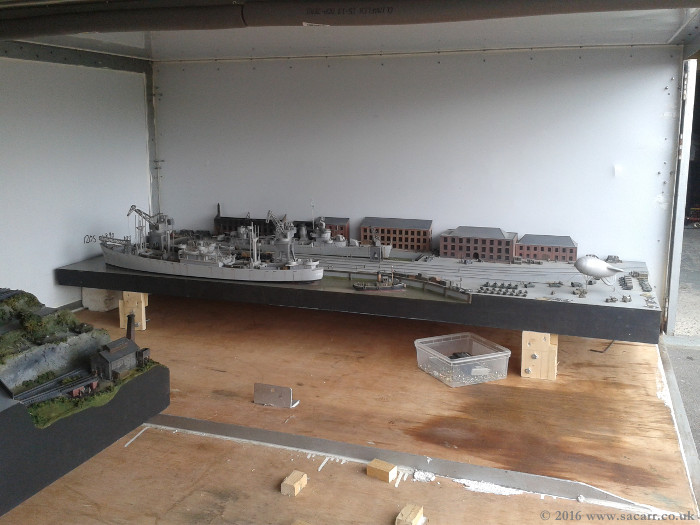 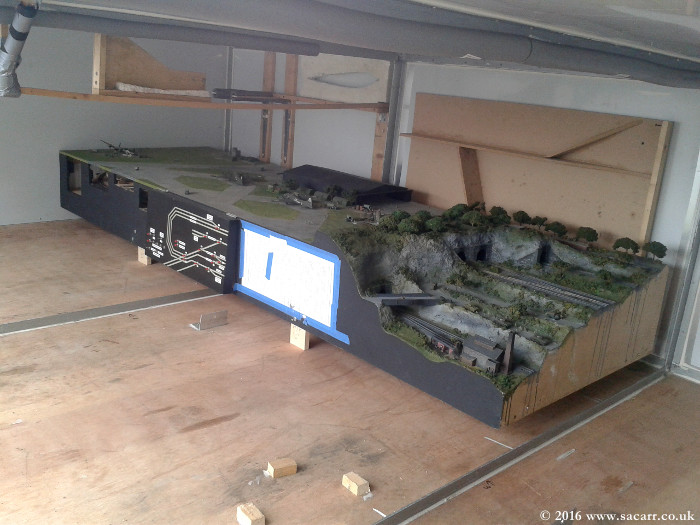 The backscenes were wrapped and laid on the floor in front of the airfield, and the station section went over the top. The small gap left by the door had the two long narrow runaround sections that fasten to the rear of the airfield and station. 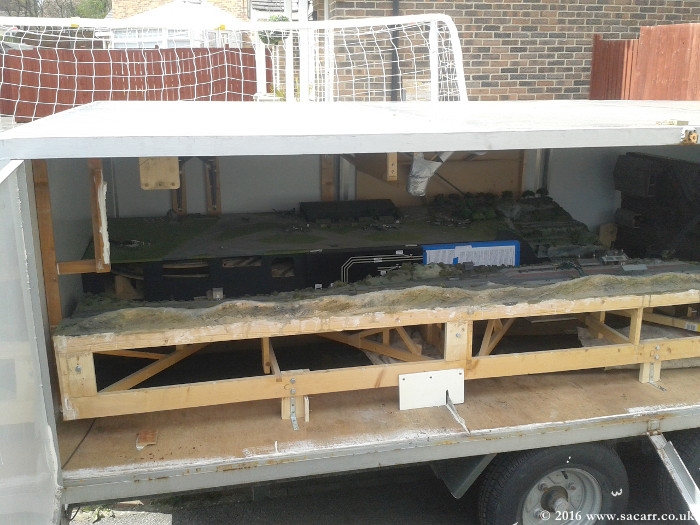 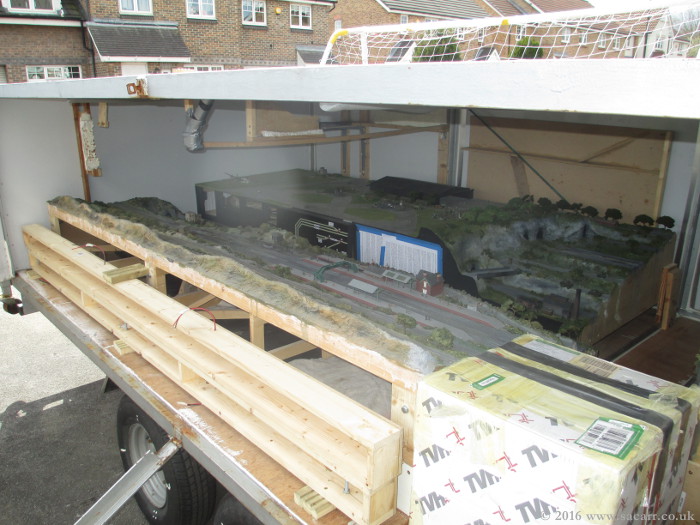 There wasn't quite the width left to mount the yard the right way up, so I had to make a cradle to support it on edge. Space to get in and fix it down was also limited, so I built it onto a long flat board, and before putting it in the trailer, screwed a wooden box structure to the floor, that the far end of the yard board would slot into. This kept the far end still, meaning I only had the reach the near end to fix it down. 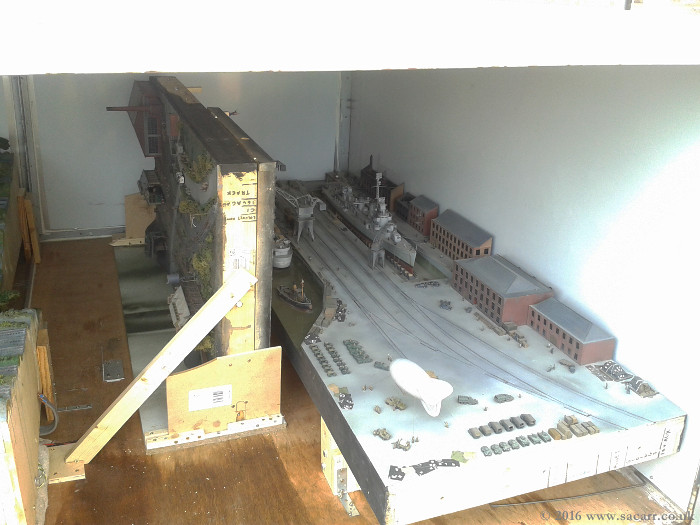 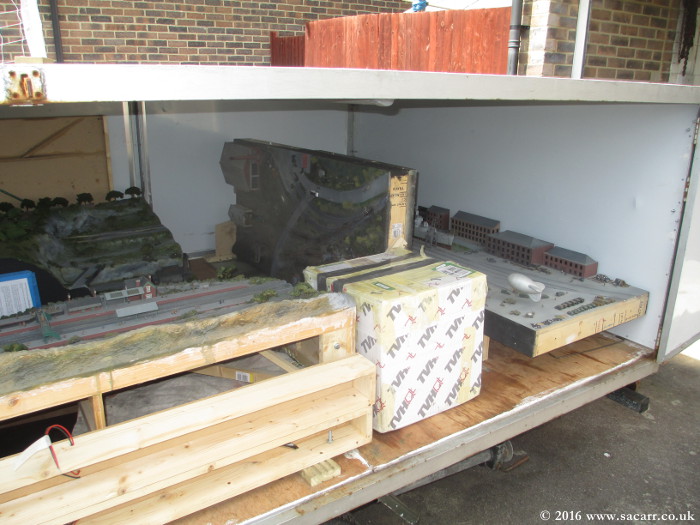 Now to research ferry prices and work out a delivery date. My workshop is looking quite empty now, though still a bit of a bomb site. That needs a top to bottom clean, chuck out and return tools to their proper homes. With the layout in there, a number of cupboards were not accessible, so many tools ended up living on the floor under the layout.

That is some impressive work you have done. I love what you are doing here. I'm sure whoever gets this layout will be totally happy.
Thanks for post and sharing with us. I have enjoyed reading through all the posts.

Maybe I am hallucinating but it seems to me I saw this layout featured in one of the big UK model railroad magazines in the not to distant past. It was very very impressive.

Well I haven't sent any articles to magazines, so unless someone else has, it must have been another layout!