Don't forget, feel free to upload an image or images into the Photo Gallery 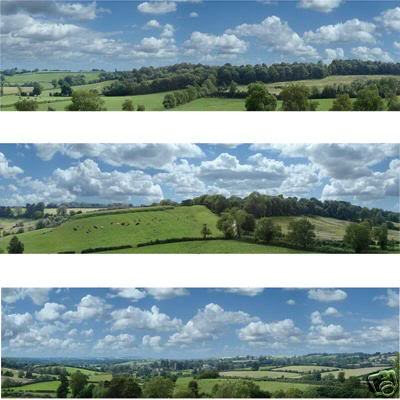 Some other structures on Railroad Avenue besides the Dutcher House in Pawling, NY.

In the last two weeks I've managed to reclaim the last three buildings in downtown Rock Ridge. Here are the before and afters.

Are two of the buildings still going to be the bank and watch maker's?

Are two of the buildings still going to be the bank and watch maker's?
Click to expand...

The bank will remain a bank. The watchmaker will become an assay office.

That's a nice little lane you've got there.

Bolton Scale Rail show 2007
We went to the local show today at Bolton, there were 16 layouts in scales N, OO, EM, HO, O but the show was dominated by O scale which is getting very popular

This is an HO american railroad based on the Pacific north west, modern era 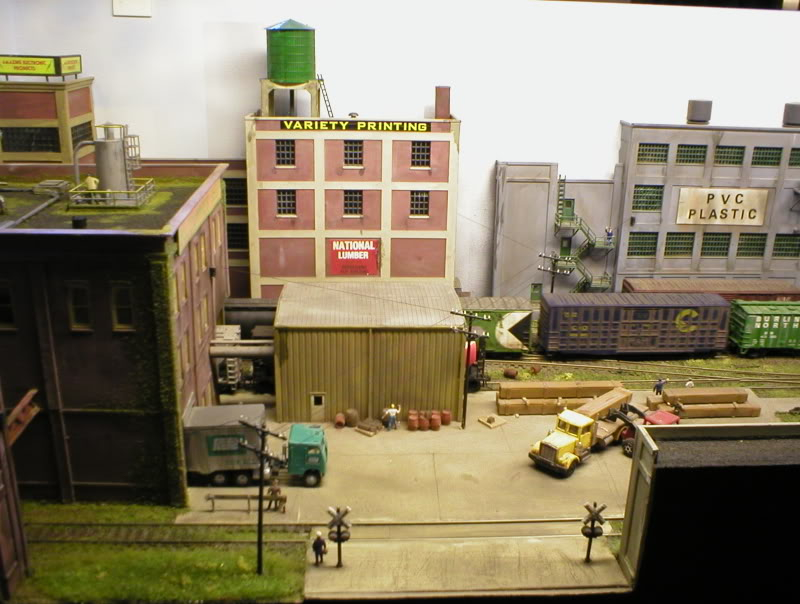 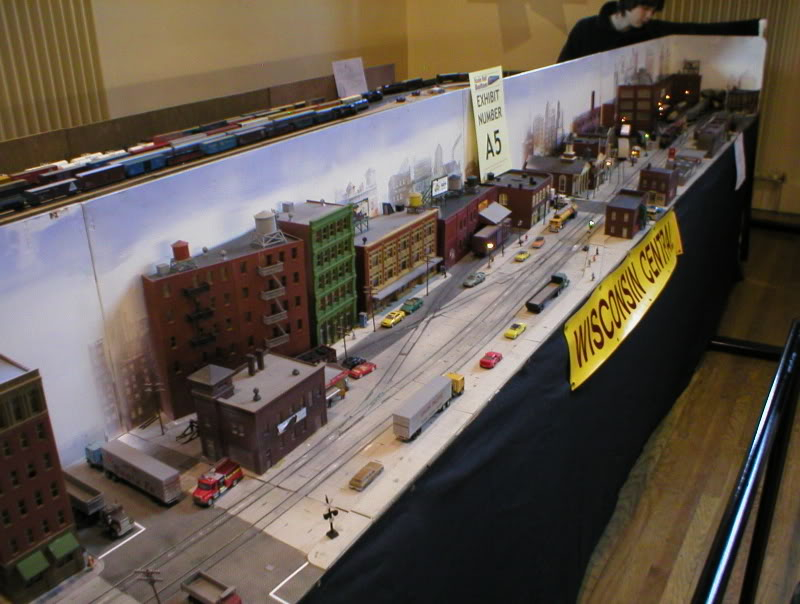 This is an O scale diorama depicting Oldham station (John's local) near manchester, the loco's are brass with DCC sound and smoke, 1980's era 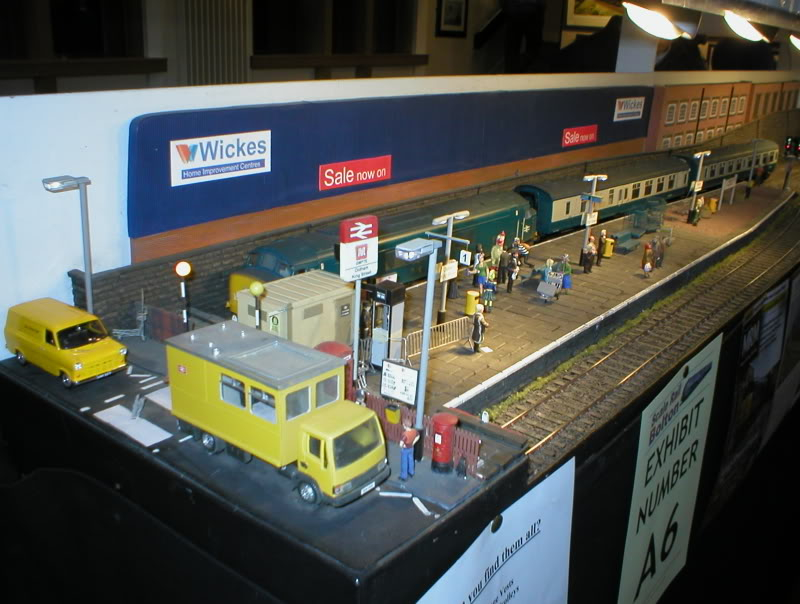 Can't remember were this was based but it was nice, in OO 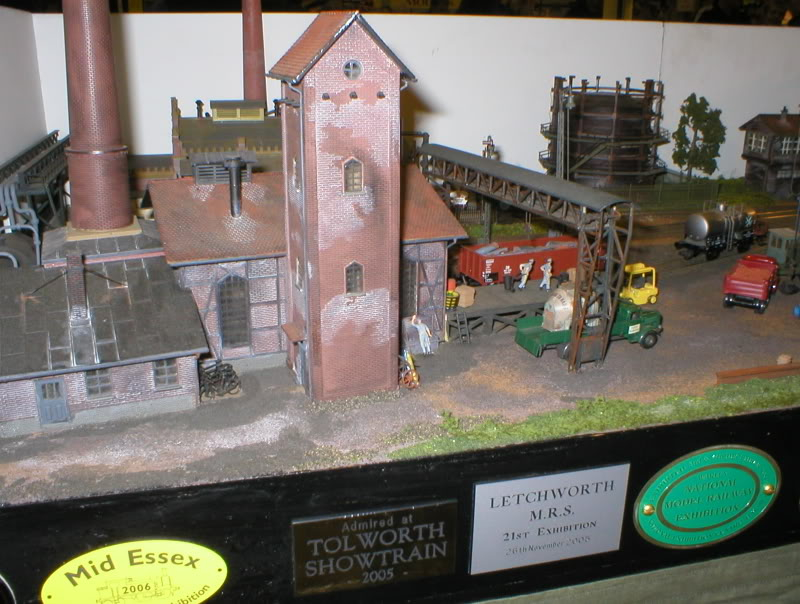 And a German N scale railway based in the black Forest area of Germany, in n scale 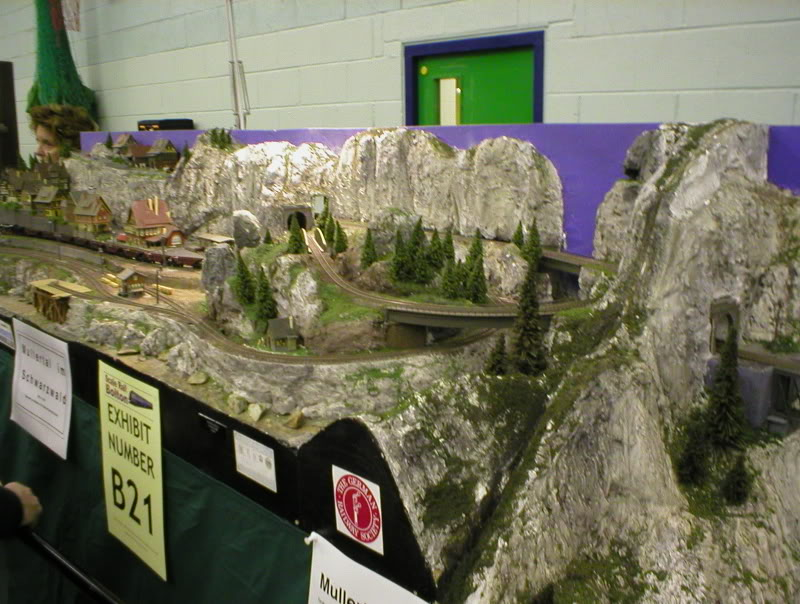 And a huge O scale railway set in 1947, southern England, very good this one 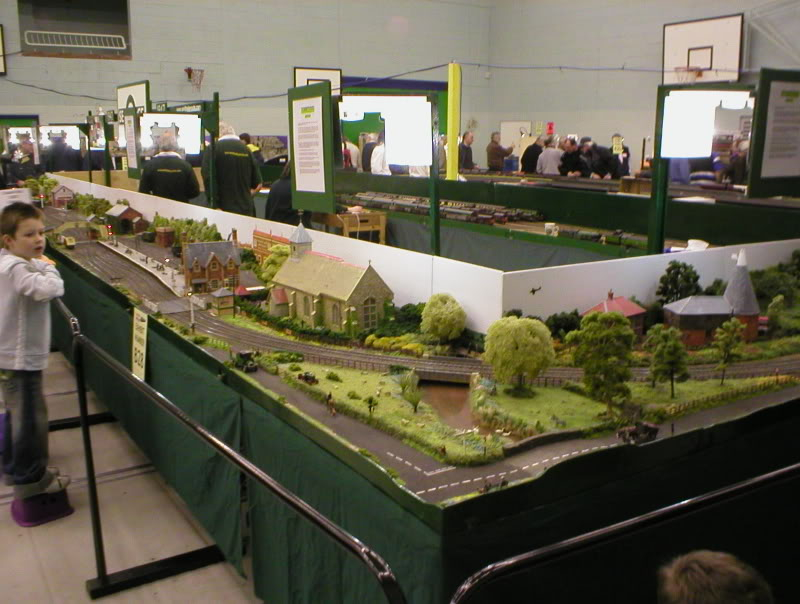 And some stuff we bought today in 1/87th scale

This is a German M.A.N. truck and two Fendt tractors 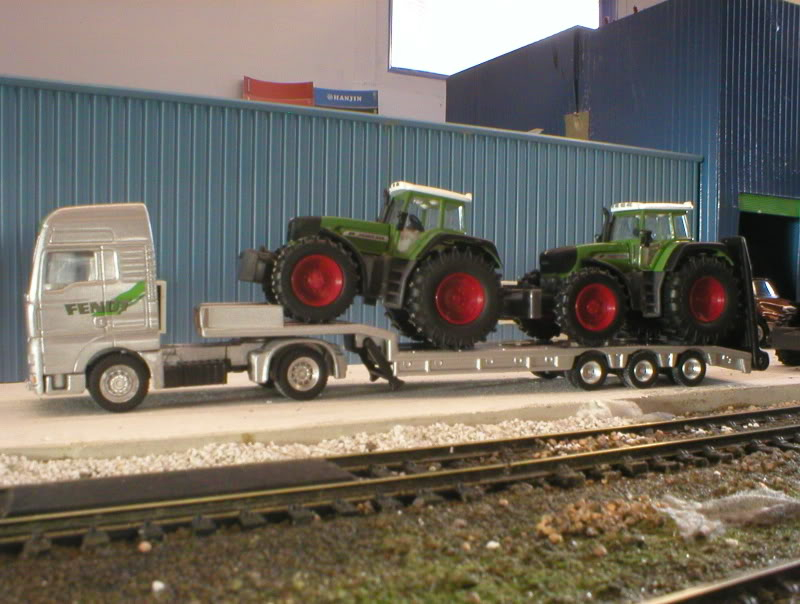 And a Leibherr excavator, The very big one next to the 20ton volvo excavator on it's left, it dwarfs it. 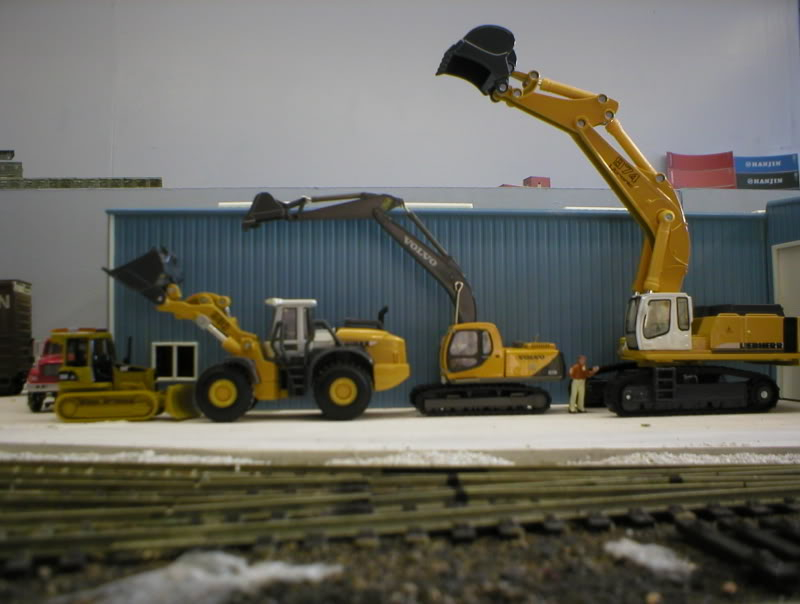 and the new owners fooling around 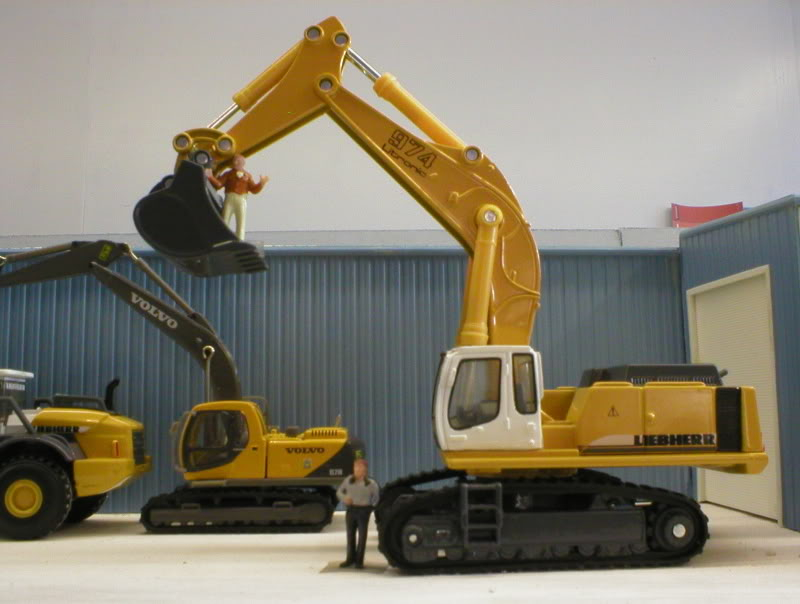 I've never seen layouts any where near as nice at train shows.

If only I had checked my calandar I could have come to Bolton with you today!! Its only 30 mins away. Never mind. This week has seen a couple of developments down by the wharf.

The wharf has now become home to of flock of ducks, the old guy encourages them . (fiddly to paint !!!)

Due to lack of land between the existing town and the water, the developers got permission to build over the track to gain extra letting space

view from either side....

Going to go and give some thought as to an easy way to make all those window frames now !!

Nice work John,,, the show's on again tommorow, some nice stuff, or there's Rochdale or is it Heywood very soon

Nice pics all,
Chip I can hear the pianoman playing on his piano...
Nice/great pics Steve!! I like the one of the 1947 southern England...love the countryside
The excavator( Liebher) is awesome!! Btw I've seen in national Geographic an article some years ago that there are even bigger ones
John , that building make it even more interesting, I like it allot the way you placed it!
And that's so great about "your" scale: "the ducks"!! great!
Thanks!

grove den said:
Chip I can hear the pianoman playing on his piano...Jos
Click to expand...

Added a hand rail to the Rock Ridge catwalk and some split rail hitching posts. Gotta tie up the horses and keep the Lilliputians from falling off the back of Tater Mountain.

Looks like another great weekend on the WPF. I finally finished my Walthers Refinery. It was quite a challenge with all the pipes, work platforms, ladders, and having to paint everything. Here it is in temp place with a Scenics Express background. This area will include loading/unloading tanker stations, more storage tanks and field piping, and a process building that will also, load drums onto boxcars.

Steve, that is a fantastic bargain on the background. It looks great! I also like the trains show shots.

John, your 3d shot of the industrial area is a good one. That pavement is very real looking.

Chip, your town is coming together and looking better all the time. Hitching rails added a lot.

Chip listen to this clip

Chip: Ones uppon a time in the west....tingtongtungtinggedong tingtongtongtingtingting.... . great pics and created atmosphere on your layout!!
Rex, now I am a litle bit affraid because of the Walthers refinery....I(we) are going to built two of them in scale N for our N scale modulelayout....Now I know I have to take some(allot) time for it!!