Good afternoon. We are finally warming up. Yesterday we \started off at minus 7 and got up to a toasty 18 degrees. As soon as the dog went out and did her thing, she parked herself right in front of the stove. 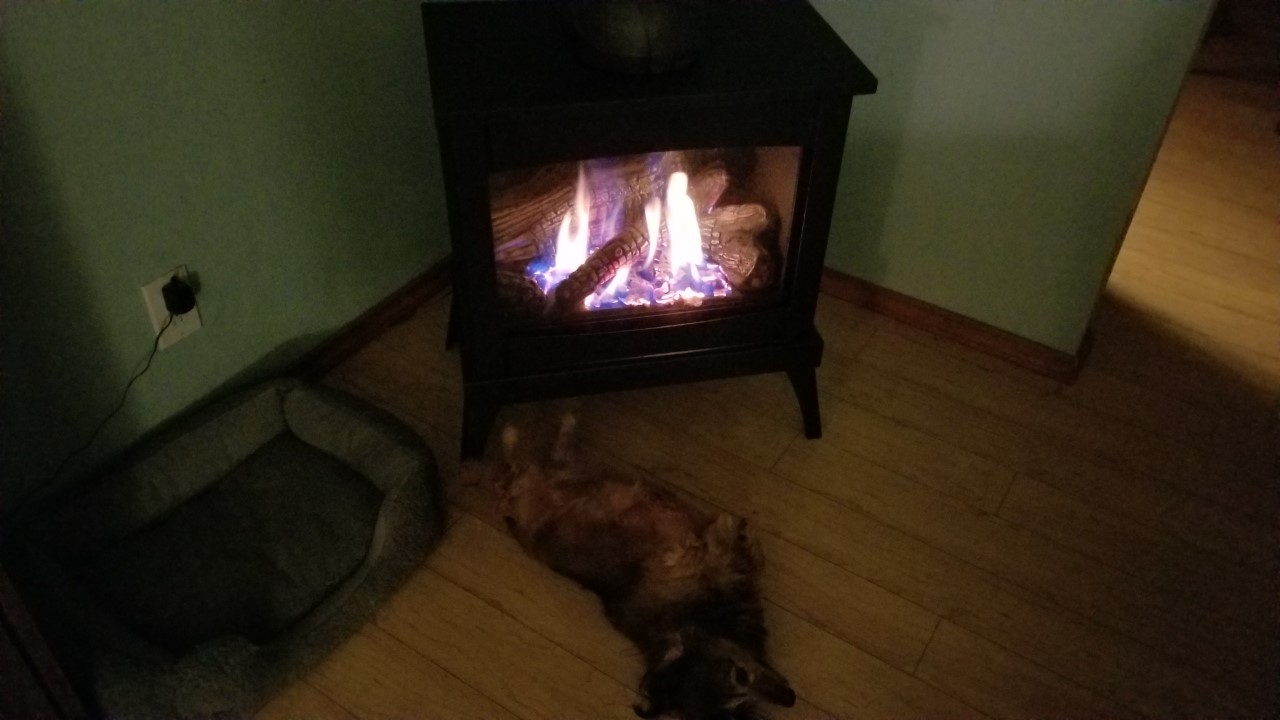 I have some catching up to do missing a day or so.

Louis - I always like your photos, especially the Alcos and the vintage photos. Here are a few more. 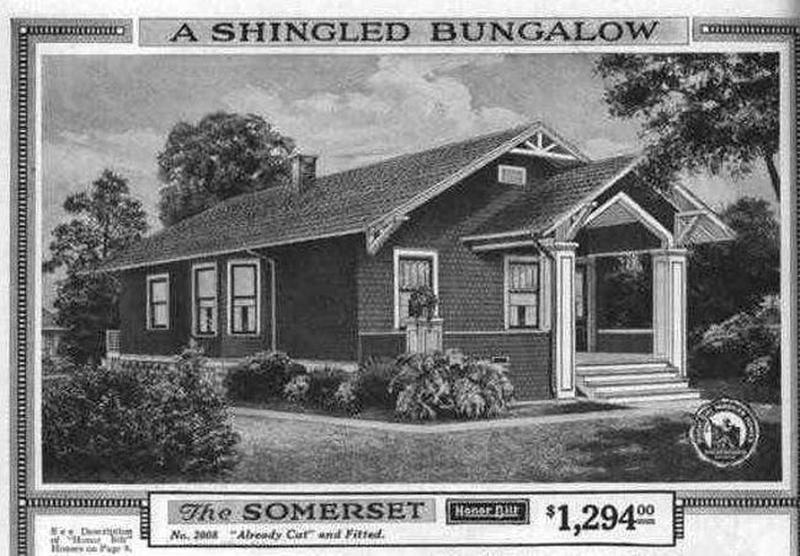 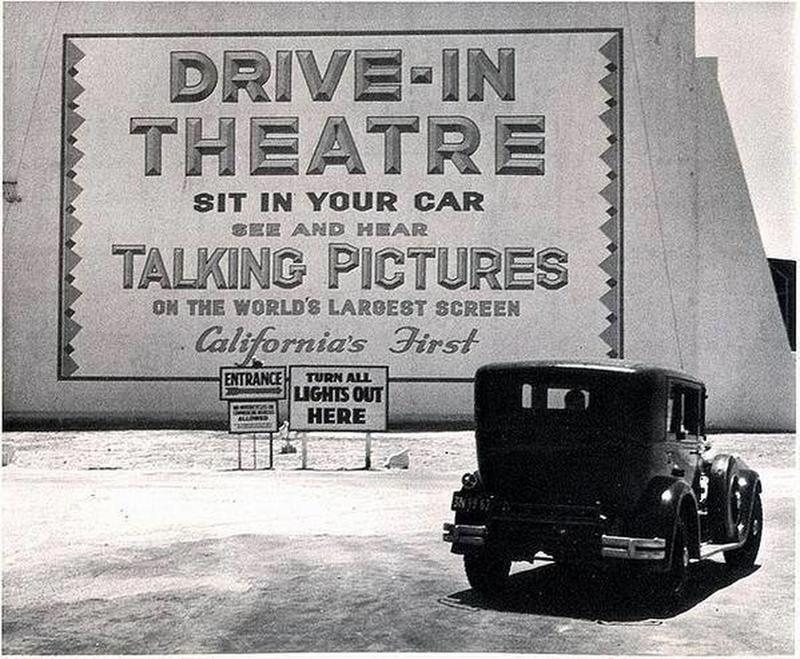 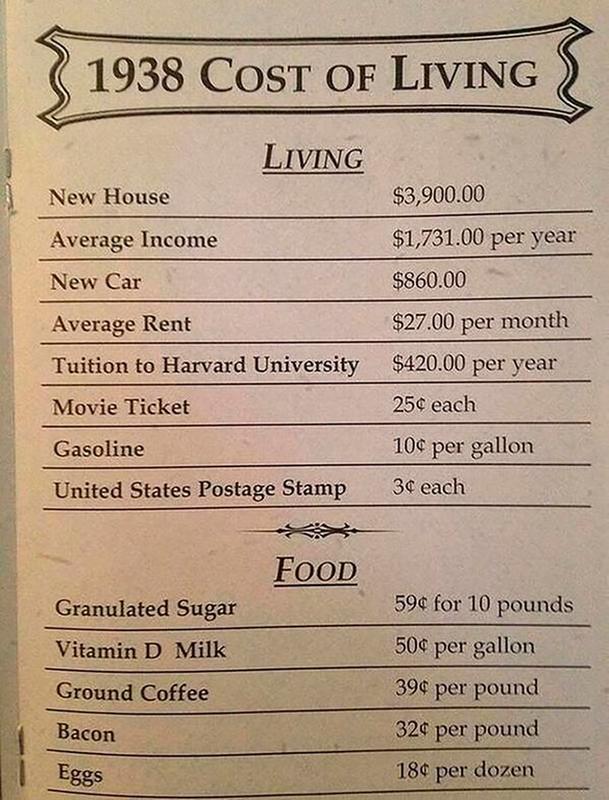 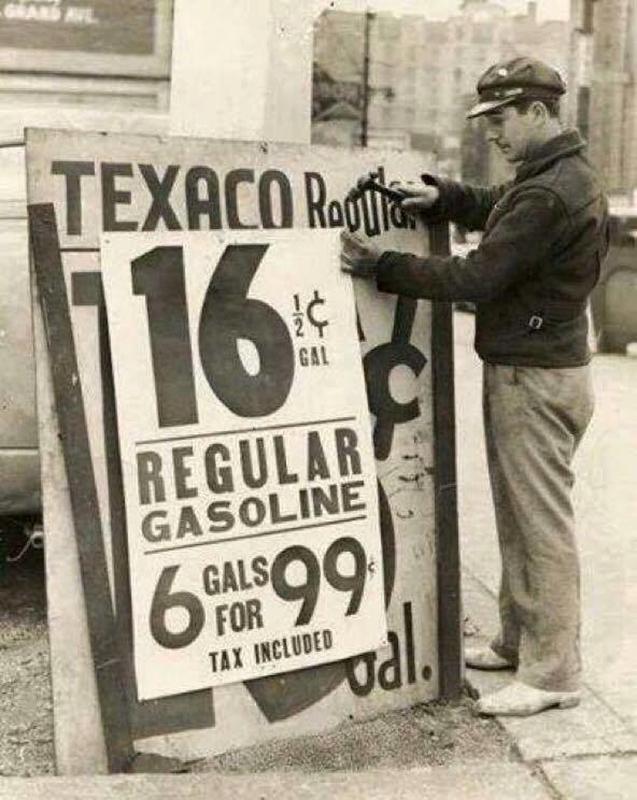 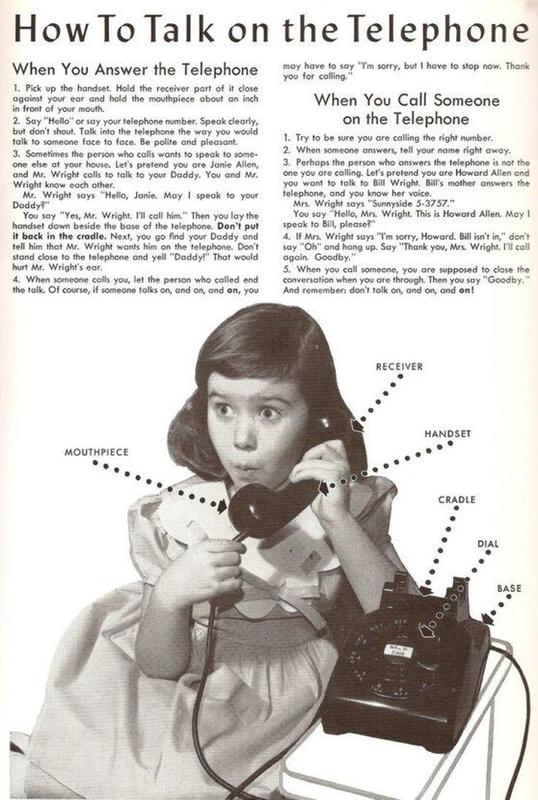 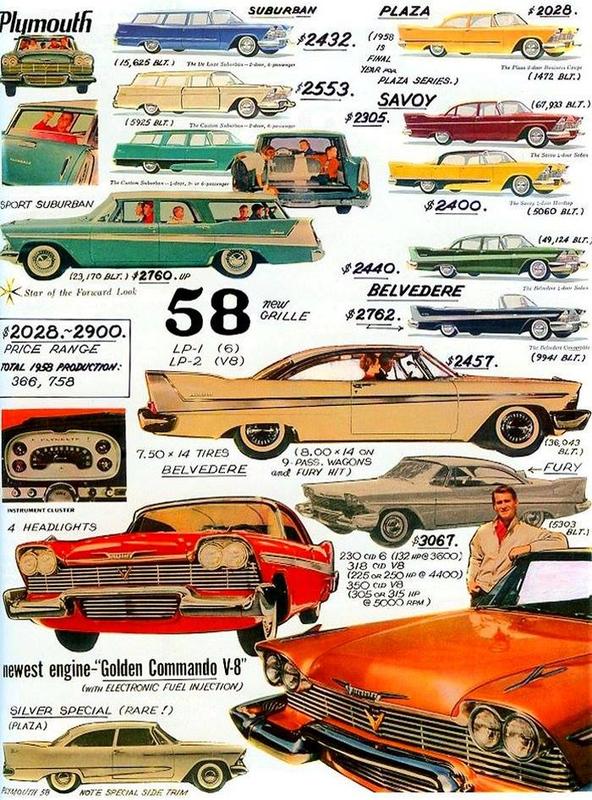 Tex - Nice photo. Always liked the color of the B&M equipment. I did manage to find a Kadee box car in the blue. Like that grave yard too. Snowblower is good, but like the Alcos better. I was a bit disappointed with my Atlas Also RS-1. We have a two and a half percent grade at our club and it could only handle ten cars at the most. Picked up some Walther Mainline F units and they are brutes. They won't break a sweat with an A and B unit. Got an additional A unit and I would guess that a 40 car train is not out of the question.

Chad - Faucet covers don't work well up here. We have the frost proof hydrants and even with them, I turn the water off to them in the basement.

Sherrel - Hope the resistor help your truck problems. That truck mist have been parked in your yard by Murphy. I had a 2012 Chevy Silverado and ended up selling it just because I didn't drive it much. It was only a half ton and couldn't pull much weight fir a trailer. my old '72 Chevy is a heavy three quarter ton that had its engine replaced not too long ago and runs like new. Less insurance with one less vehicle. The only time I moved it last year was to mow under it. Like those Frisco F units.

Ray - I don't really like the process of elimination when it comes to repairing a vehicle. Unfortunately, a lot of shops will just throw parts at a problem until they stumble on the right part to fix a Problem. I did fix the air inlet temp sensor. Didn't coat me anything as I was able to read the code with my laptop that a shop probably would have charged me fifty top sixty bucks and then shop rates to splice the wires back into the harness. Like your desk top background. Looks familiar.

Garry - Have a safe trip home.

Johnny - Like that building kit put one together a couple of years ago. 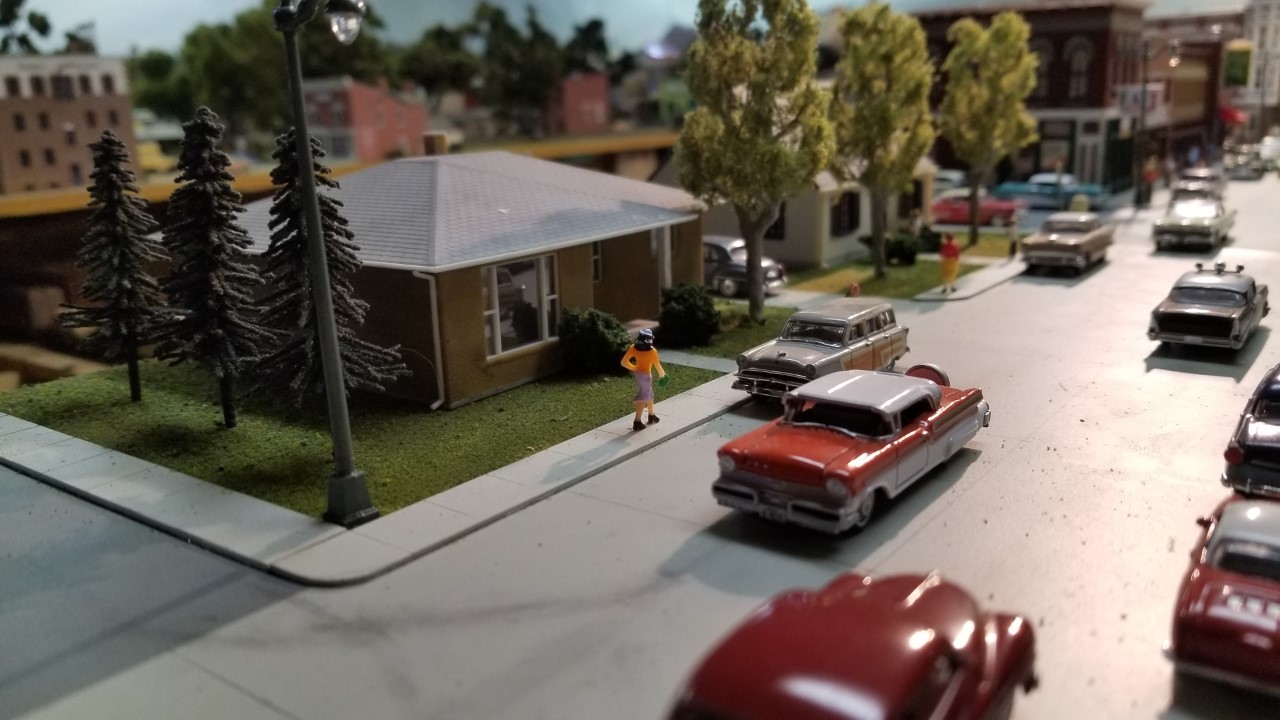 Joe - The buildings are looking good. I used a gray primer top paint my side streets to try to simulate weathered asphalt. Use a concrete colot for the main street. You can see it above.

Not a real baseball fan, but congrats to the Nationals.

bnsf971 said:
They’re obviously not government shovels. Those have one end and 6 handles for the crew to lean on.
Click to expand...

REALLY.....Maybe they taking a coffee break. In fact they're sitting right behind you.
You better get to work yourself on the new coffee shop for tomorrow.

One last post on the October coffee shop for me!!

We'll see if I can get the train time I want over my extended weekend!.

I quit crying over the Astros. Still not sure I understand why Cole was not used, but I ain't the manager.

Thanks for all the likes on the photos. I like to take photo and then look at how I might improve a scene. I find that I see things in the photo I didn't see just looking at the layout. Maybe it's a "forest for the trees" thing.

I won't know where I'm going till I get there.

Modeling Boston & Maine in New England in the Fall) Quote

Well, Texas ... I don't know why he did not use Cole neither? I said at the end of six that Houston better bring in a fresher pitcher - pretty sure that he brought in the wrong one - LOL. I see it so ofter ... WHY do the managers wait until something bad happens before a change is made? I've seen them load the bases and walk a run home before a change?

Forgive me for "messing" with your post -- I wanted to see if I could move it, but guess that I cannot latch on to the whole thing including your avatar. Hope you are not sore at me?
Click to expand...

No problemo, but where am I?

Good Afternoon Everyone....overcast sky and snowing and drifting with five inches of snow on the ground at 10:30 AM. Winter is here!

I had a great day yesterday in the train room which was the first productive day down in the train room in perhaps three months. I patched a Bachmann 70 tonner for the CM&N and added the number 3 below the patch on the cab. I need to finish the "N" on one side since I ruined all the "N's" on the decal sheet. I used Walther's Microset which is a bit more aggressive on new decals and should be used as a setting solution only after the decals are in their final positions. Several letters were pulled apart when attempting to position the letters when using the Microset. Less aggressive Microscale's Blue (Micro Sol) should of been used as the decal setting solution. Its been several years since I did decaling and I have forgotten some of the methods that are the preferred way to install decals. On my trip to Walther's tomorrow I'll purchase another sheet of Railroad Roman decals and then install the final "N" on the locomotive.

Looking forward to Walthers 13% price reduction this weekend along with the normal 10% discount by using the punch card.

The little yellow locomotive looks great with the black patched lettering on the cab. I'll add more weight to the locomotive and let it run for several hours as a drive break-in. The locomotive has a gear drive noise when the shell is in place and screwed down, but runs quiet if the shell is just slipped on and no screws holding it in place. Hopefully the gear noise is just a brake-in issue. I added weight to the shell to damp the sounds, but no luck to reduce the gear noise. For a locomotive its small size has a lot of pulling power. It will be assigned the switching run for the coal mine spurs and also work the Saxeville Interchange

In my electronics drawer there were some used mini-toggle switches previously wired for operating Tortoise switch machines. I used a Radio Shack De-soldering Braid and a 25 watt hot soldering iron to melt and "suck" up the excess solder from the switches' lugs and remove the remaining wire ends that remained intact. The braid does a great job as long as it is held in place for a long enough period of time. I finished the job by using a flat file to clean up the switches' soldering lugs. I installed two of the "used" switches in the master control panel to be wired later to operate a smoke generator that will be installed in the wooded burned out section of the layout that's behind the mine.

I prefer to break in locomotives while they pull a load rather than merely running solo. This method appears to be a success since I have locomotives which barely move on DCC speed step one. In my opinion, it seems that some Athearn locos require a longer more of a brake-in period than Atlas, KATO or Steward units.

On my list for Walters is a flashing end device that will run off of track power and the electronics mounted on the floor of a SOO caboose with the the red LED installed in the rear roof line of the caboose to act as a flashing warning beacon. An interior lighting kit will illuminate the interior and be visible thru the windows. Both electronic units will be powered via a set of Kadee's caboose power pickup trucks.

The caboose is a SOO Line brown version and will receive a very light weathering job.

This afternoon was well spent and a very enjoyable model railroading afternoon. The day ended on the computer to finish the Walthers' buy list on a Excel worksheet.

The G&D decal set I ordered from the NMRA Store arrived in today's mail.

Speaking of pickup trucks....my 2014 Silverado cost a few hundred dollars short of what we paid for our home in 1974. My first pickup, a new Toyota which was minus any accessories cost just under $5,000. I later installed a radio in the Toyota. 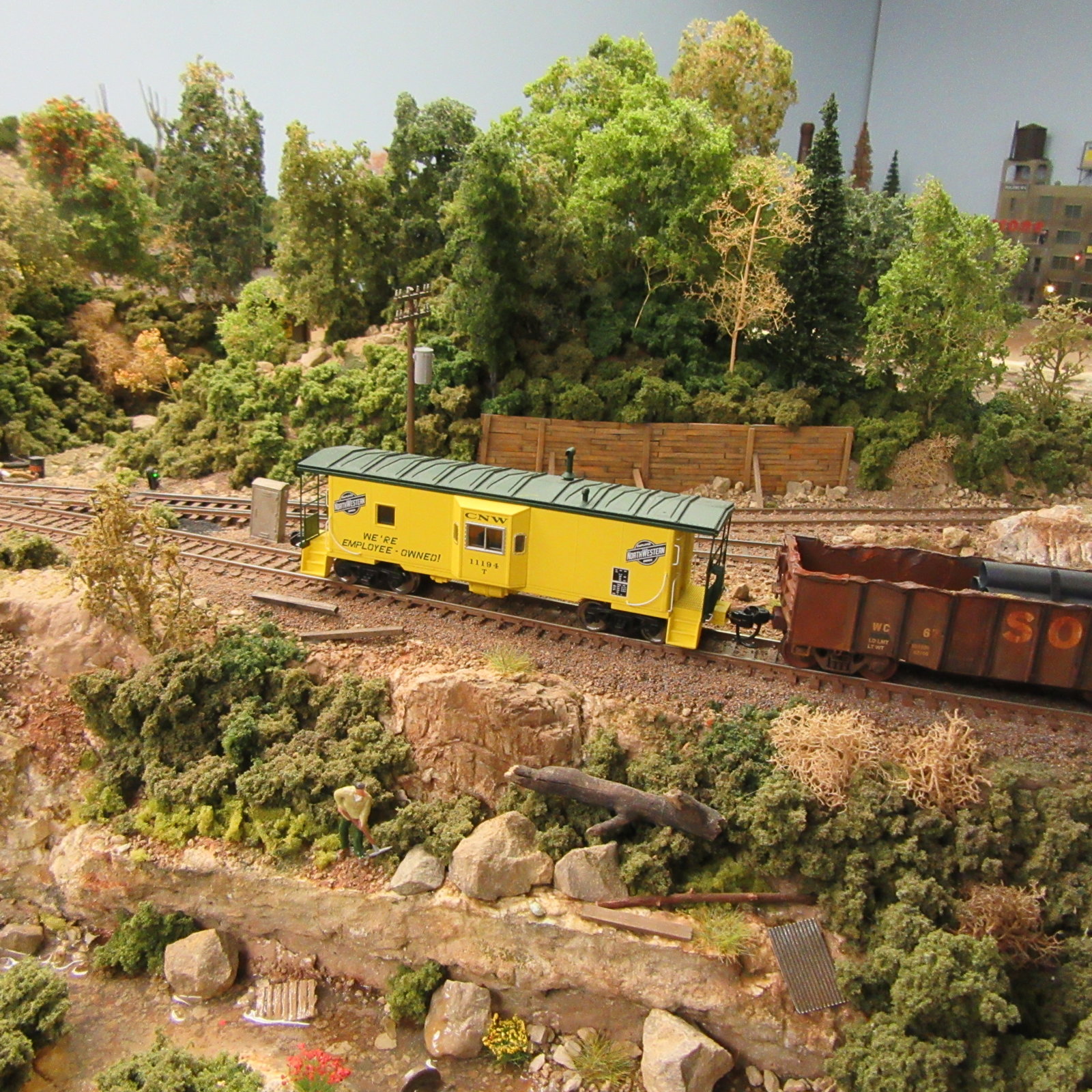 A "new" C&NW caboose and a SOO Line gon await pickup on a siding on the CM&N. The pipe load in the gon are straws from Culver's painted flat black and the pipe binding is graphics tape. The gon was weathered using Pan Pastels and sealed with Dullcote-Greg
Last edited: Oct 31, 2019

Texas Hobo said:
No problemo, but where am I?
Click to expand...

The line in your signature will tell you where you are - as soon as you get there! lol
How about a name there as well, so I\we don't keep calling you TEX?

Staff member
Wonderful photo, GREG ... I envy you getting to go to Walthers all the time!

Just had our first "Trick or Treater (the grandson) show up at the door! 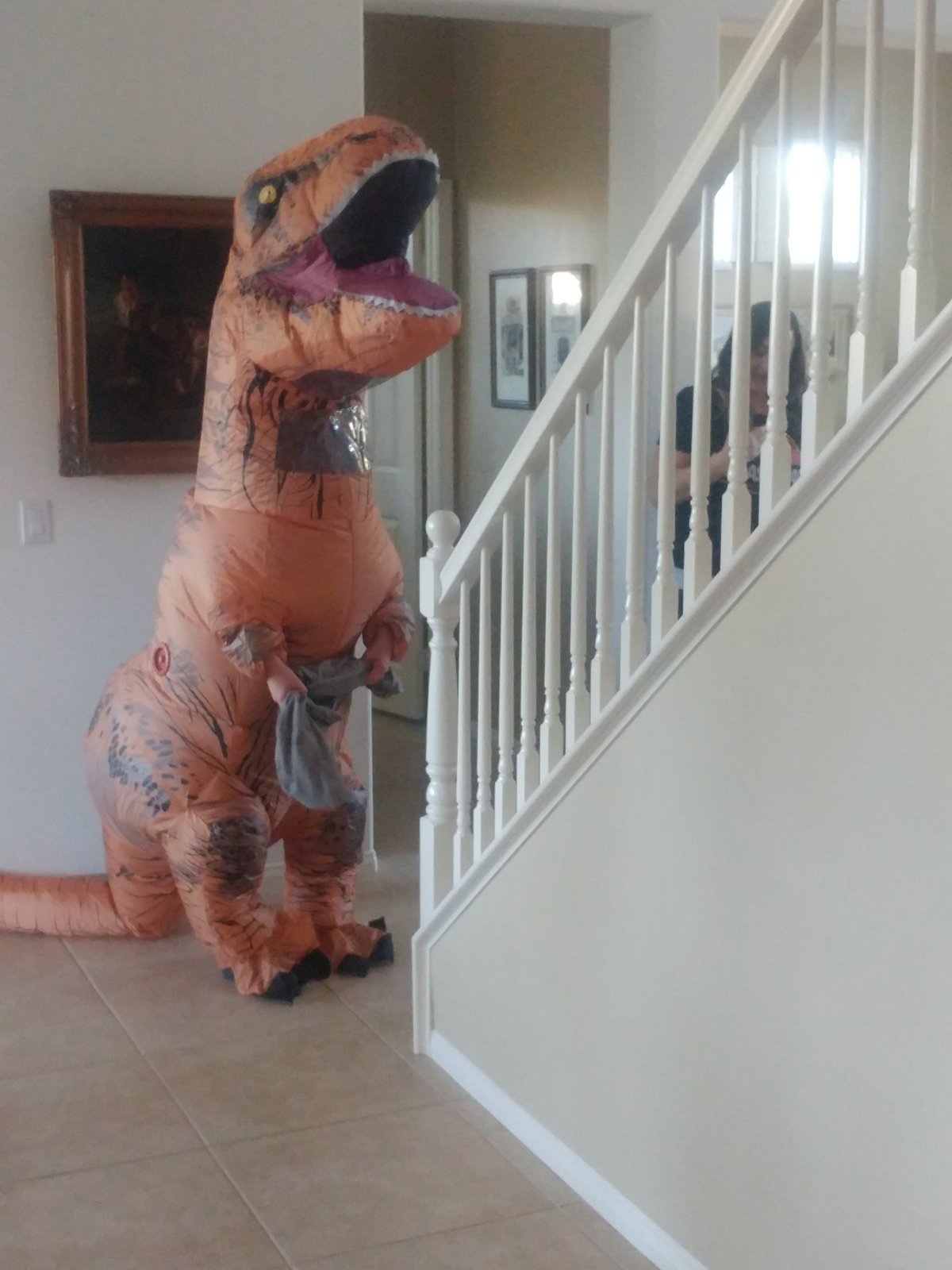 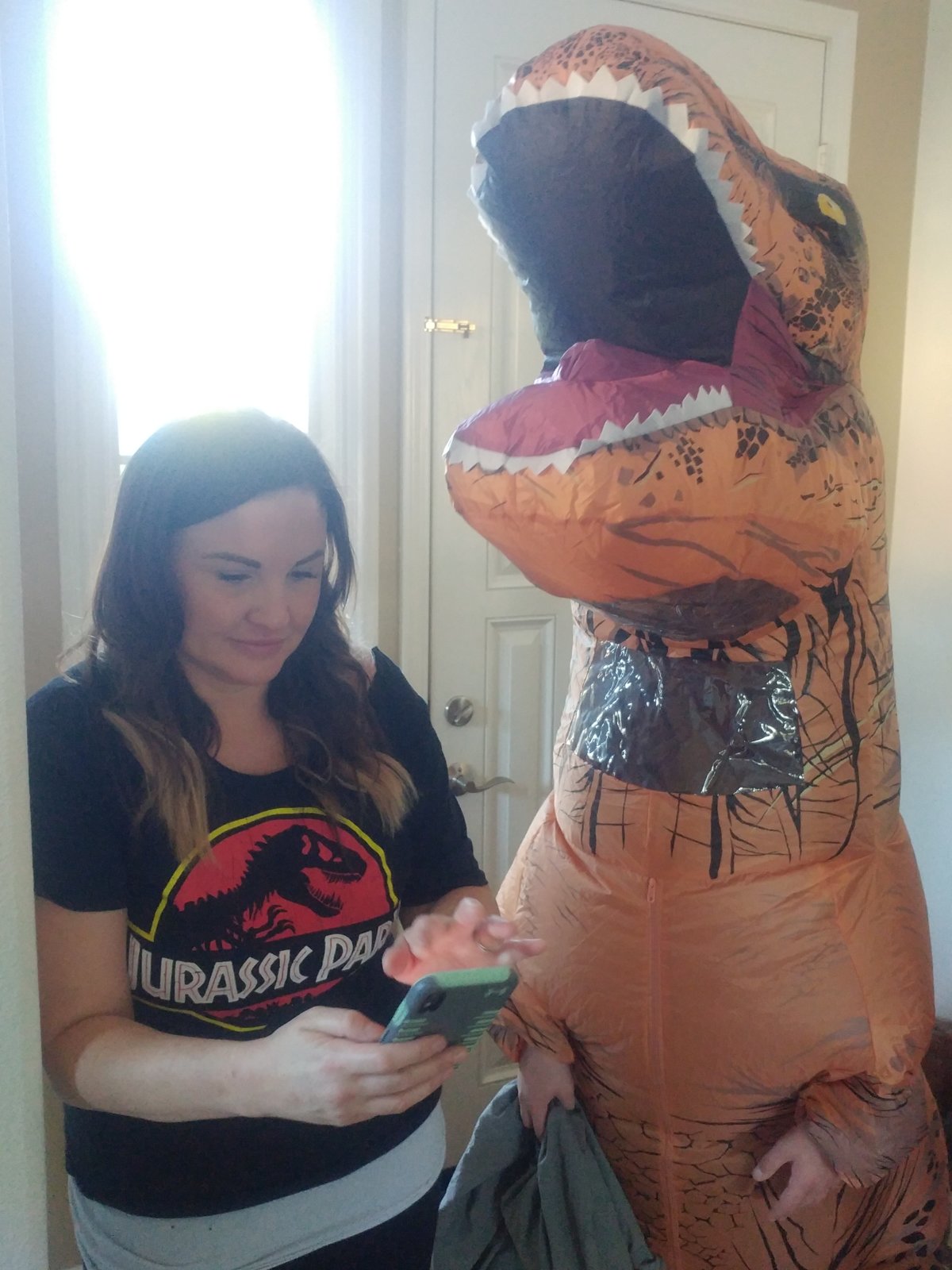 tootnkumin said:
Seeing the flying boat, reminded me that there was a similar service between Auckland NZ and Sydney AU after WW2. Took about 14hrs to cross
Click to expand...

What were they doing - Rowing? The Clipper should not have been over 7-8 hours tops?
I would presume that the "Short" would be about the same airspeed?

Sirfoldalot said:
What were they doing - Rowing? The Clipper should not have been over 7-8 hours tops?
I would presume that the "Short" would be about the same airspeed?
Click to expand...

Staff member
Coming up for auction, according to the 'blurb' accompanying, it was red before rebuilding. Would have been one for the Maxwell Smart fans had it been repainted the same
https://www.shannons.com.au/auction...:2440&cmpid=SHN:GI:NPS1:NPS:EDM:20180426:6499

Staff member
That Sunbeam is excellent.
Was that the Short Sunderland you are referencing? My spelling may be off?

Staff member
Might come out a bit dark because of the overcast, but this is the "Jimbo" train. SD40-2xr #259 leading. 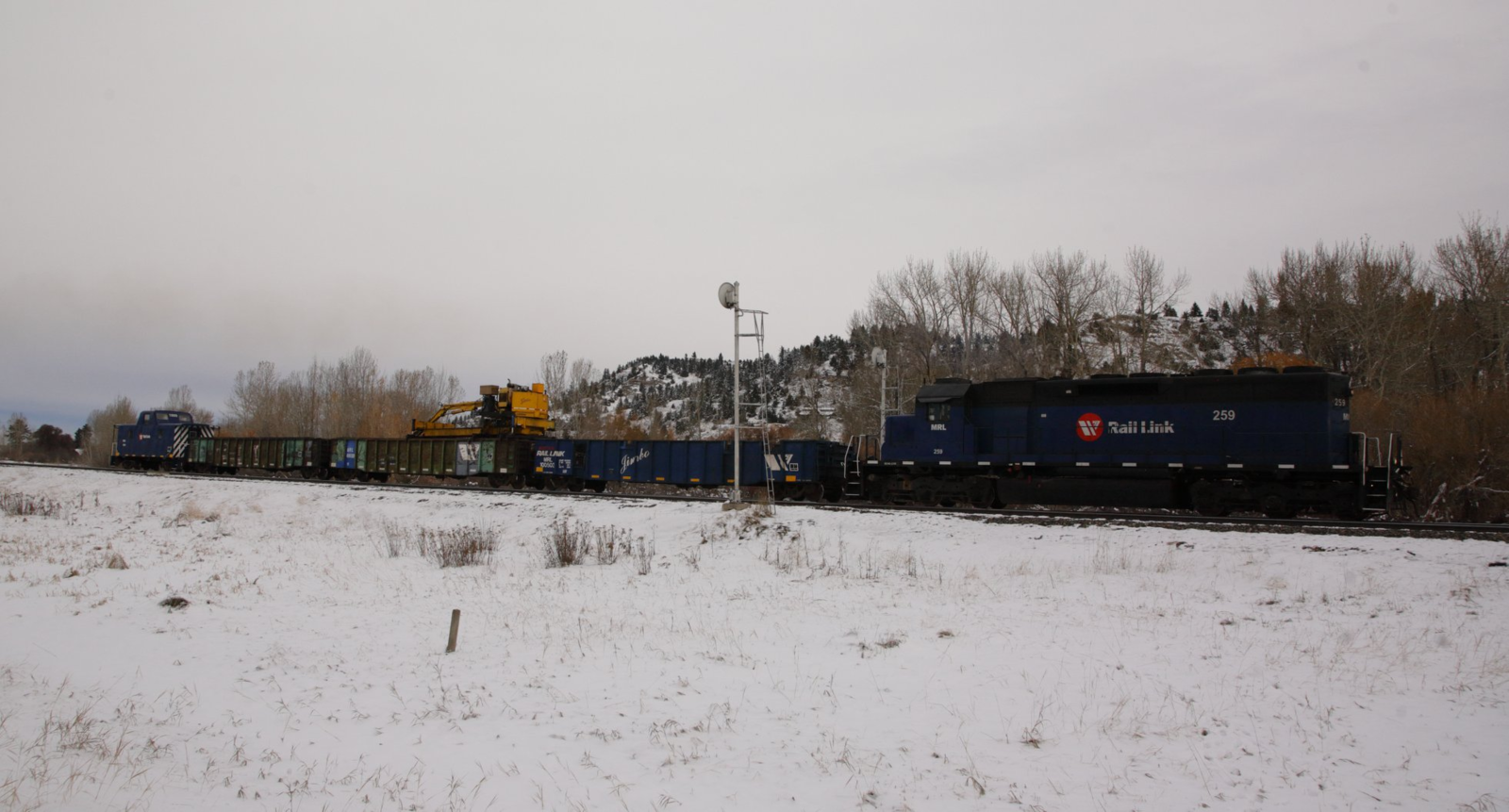 Sirfoldalot said:
That Sunbeam is excellent.
Was that the Short Sunderland you are referencing? My spelling may be off?
Click to expand...

The Short Sunderland was the Wartime long range patrol aircraft. There were other variants between that and the Solent which was designed for passenger transport.
Last edited: Oct 31, 2019

Staff member
Here's the tail end of that train, showing the different style Caboose they also have 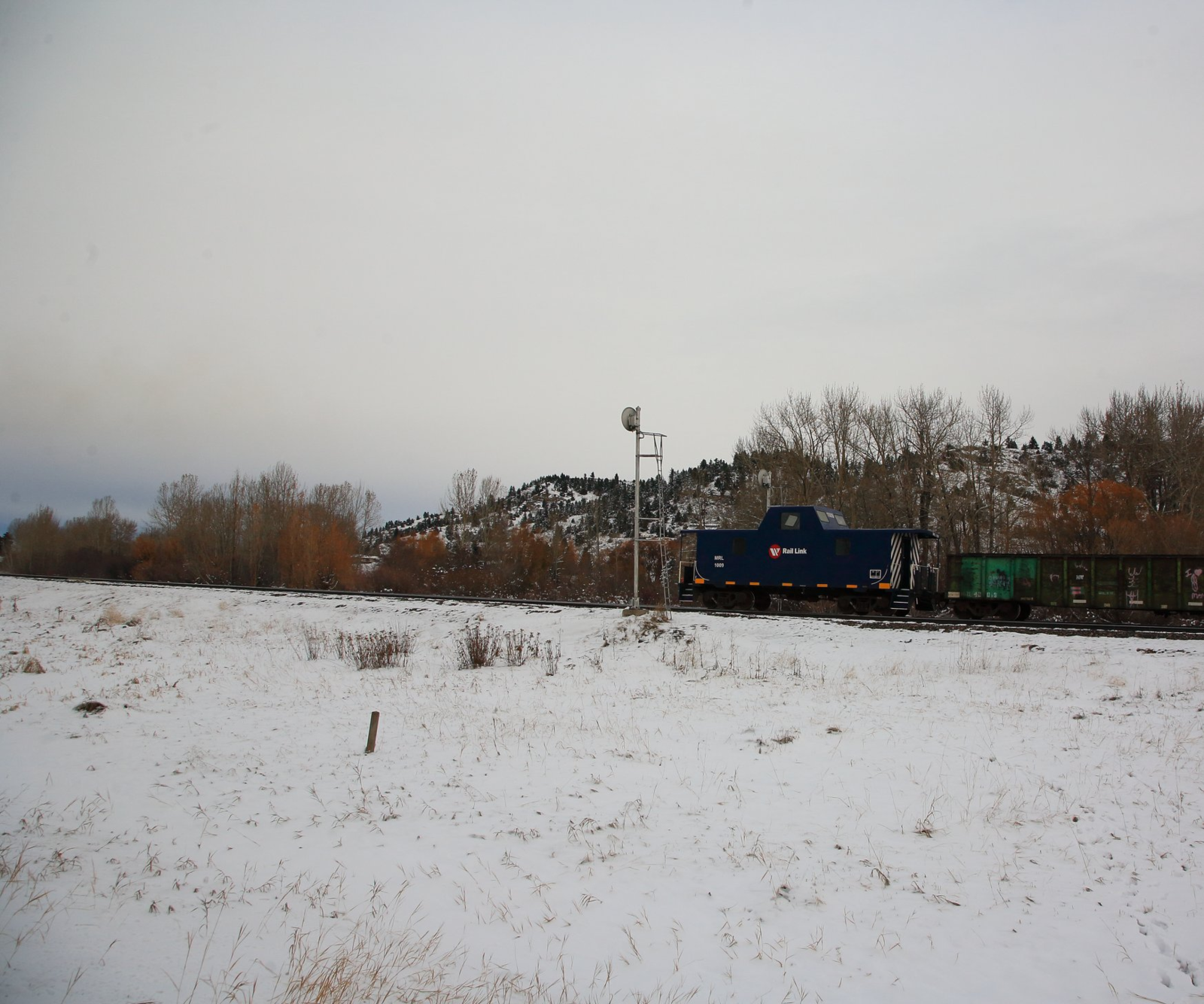 This appears to be it #1009, seems to have had the side reflectors replaced 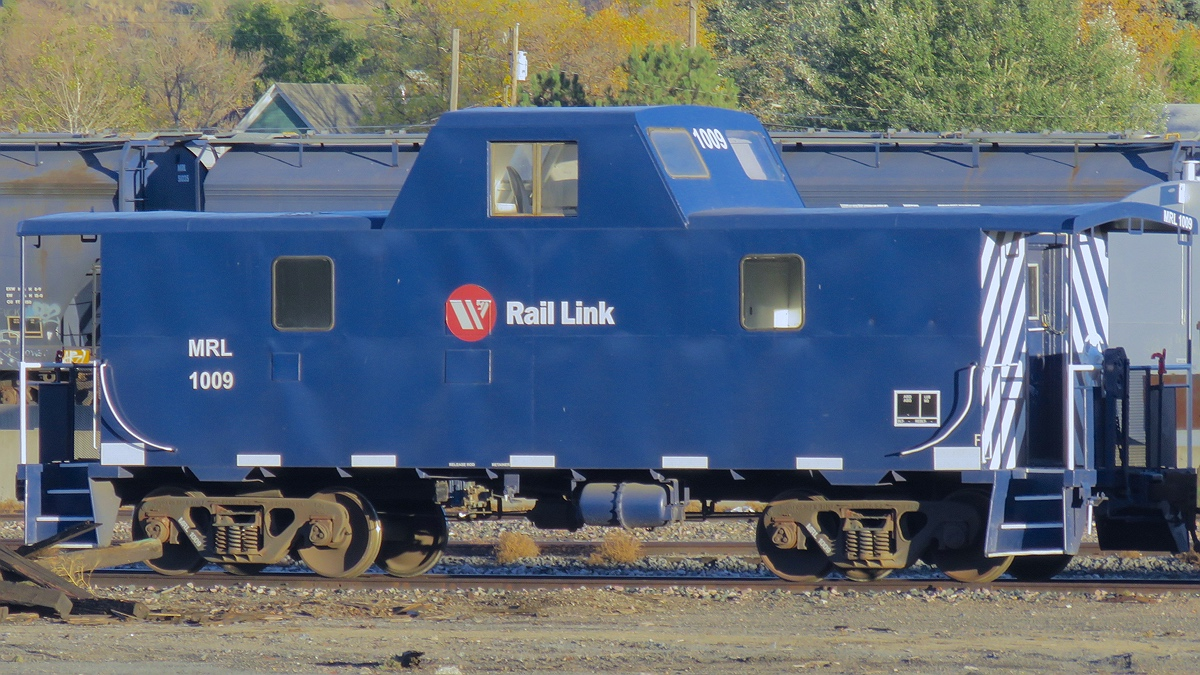 Staff member
There is a page on Trainorders that has text that explains what the Jimbo train does, and photo thumbnails for members to view enlarged.
https://www.trainorders.com/discussion/read.php?1,2508077 .

Also a video on Y/Tube

Howdy from Sonoran Desert in Arizona . Willie, Johnny , and anyone I missed.... Thanks for the well wishes for safe travels back home.

No coffee shop for November.

CambriaArea51 said:
No coffee shop for November.
Click to expand...

I'll give Terry a little time to find the key before I start looking.

I'll just hang outside on the street corner. I always bring my own coffee so I'm good.