By HO rail only!

McLeod said:
Willie - As soon as I saw you're tomato report, I ran outside to photograph our plant(s). Here is my tomato report:
Click to expand...

Don't be discouraged, that's what mine looked like on March 29 when I planted. I had a 34° night on April 4 or so that I survived.

Last year we grew a bunch of various heirloom types. We were late getting our seeds planted. We grew them in pots in the back yard since we just rent this place. Even though we were late, we had a good harvest last year. @McLeod Your tomatoes should do OK if you get any sort of heat up there in the great white north during the summer.

Not quite. More like the late middle of the month. Another 8 days to go. I had the same feeling of it not being quite time for Memorial Day since there is another week to go in the month.

Louis- What's going to be the dimensions of that track plan? 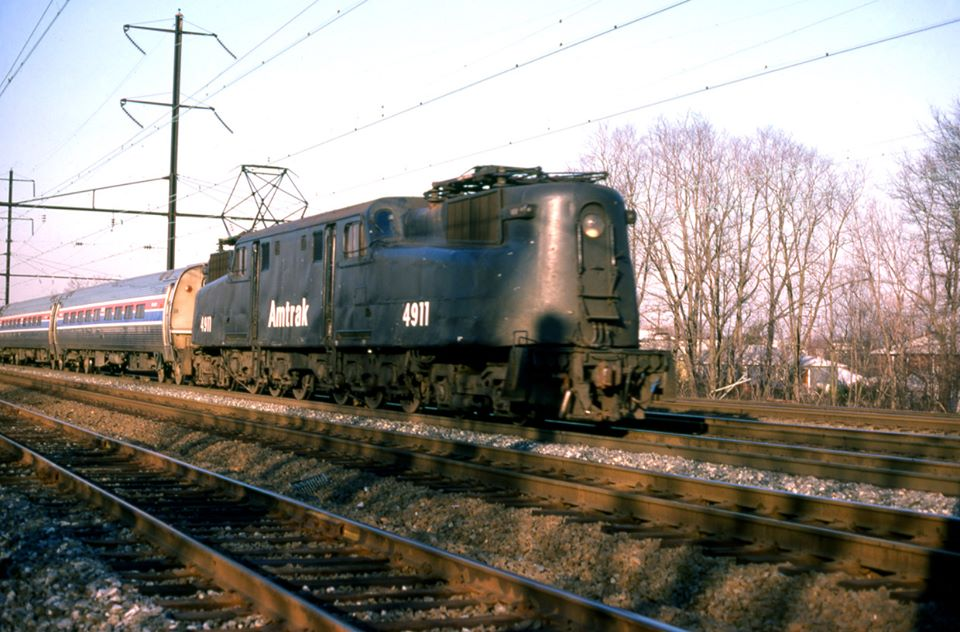 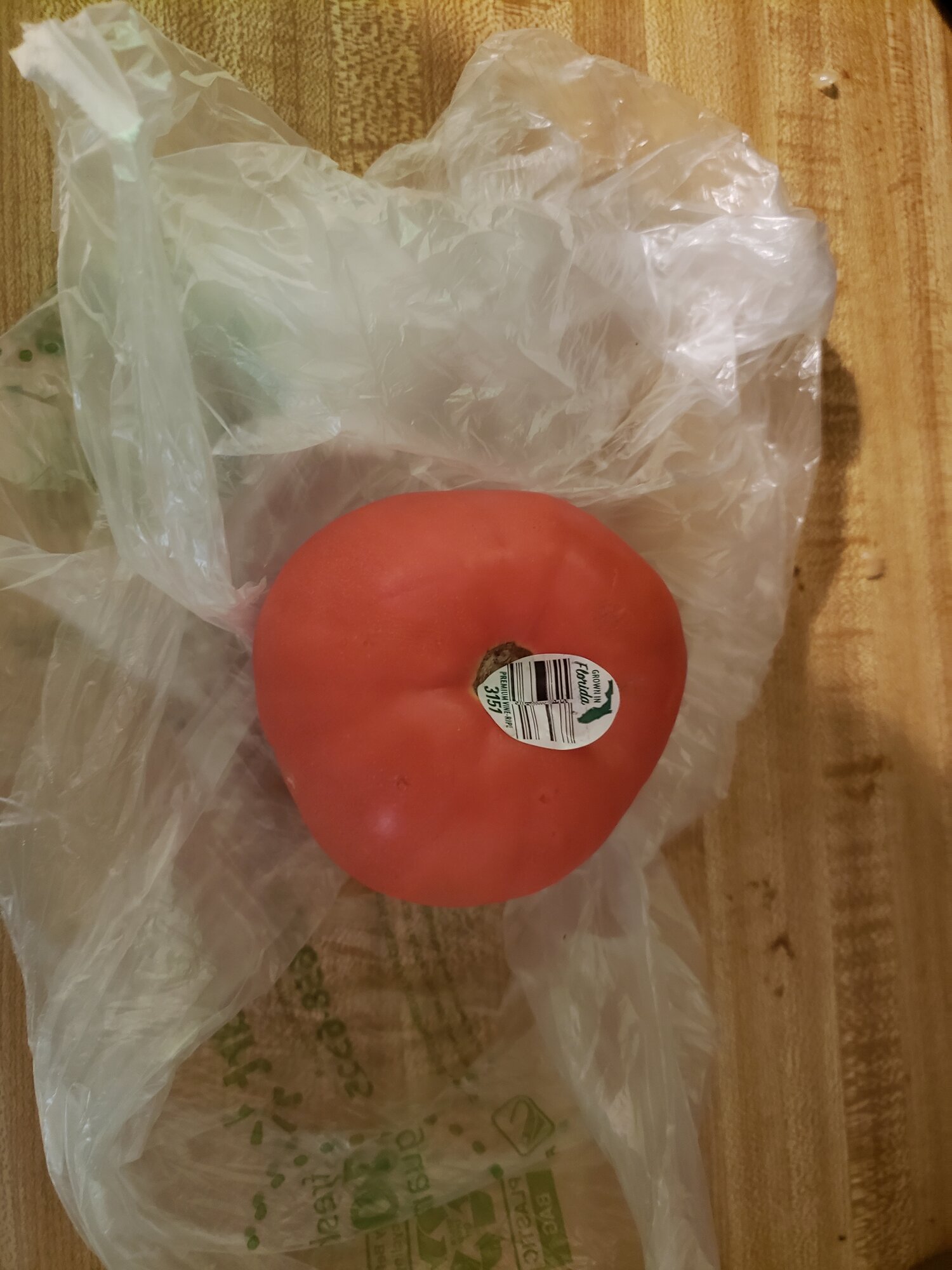 Somehow I knew without looking who posted that!

I don't have a tomato report, the next door neighbor grow enough for the neighborhood. I did build SWMBO a planter a few weeks ago for mothers day. In it she has Romaine lettuce,, Bell peppers, sweet basil, spearmint, some kind of cabbage and yellow squash. 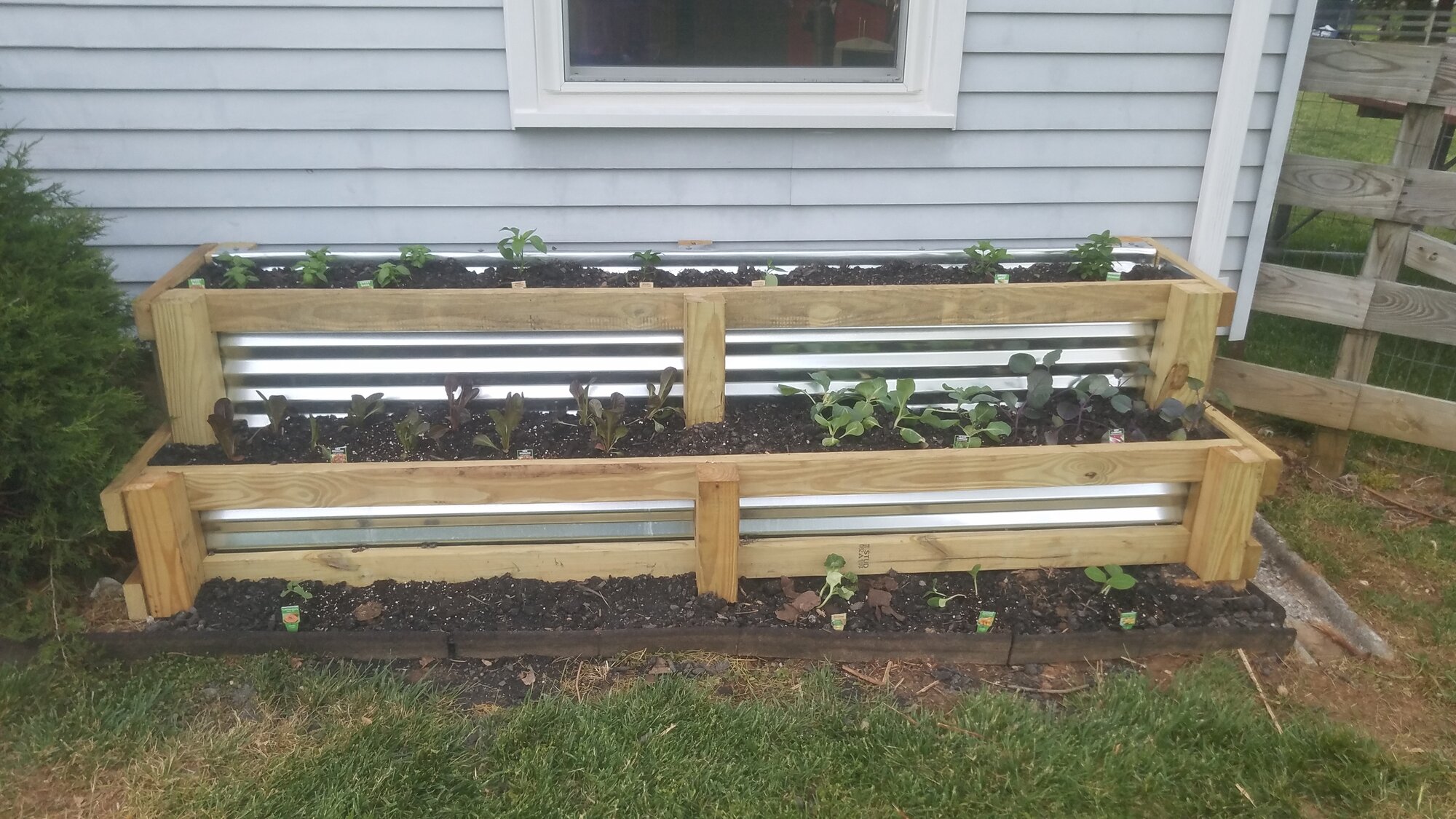 10 years of living at this house, I've not wanted to till up the grass to plant a garden. This is odd because growing up, we grew everything in a half acre sized garden!

Beady said:
That is exactly my situation, with three separate hobbies. OTOH, we're not at all hurting financially, so I could just let my heirs deal with it.
Click to expand...

Beady, now that I have been thinking on it; I'm considering keeping some of the HO stuff, as a collector. I don't have enough space to do anything else with it. I only have a 50'X60" HO layout and no plans for more. I enjoy looking at those colorful old Tyco, Life-Like and Lionel HO trains. I even like their boxes. Reminds me of being a kid trying to decide which one I could buy. I thought of building a shelf I could see from my desk to display them, as if they were in a store.

I'm the eternal optimist, but I'm also pragmatic. I accept that I have several chronic health problems. I may not make it to 100 as I hope. I'd never admit that to my family, but I have left instructions on how to liquidate my toys. It's included in my inventory.

In the mean time I'm just going to enjoy my stuff any way I can and it does bring me great joy!

Bob, the B&O Museum frowns on climbing on most of the equipment. They do have a few that have ropes to guide you through the cabs.

chadbag said:
Not quite. More like the late middle of the month. Another 8 days to go. I had the same feeling of it not being quite time for Memorial Day since there is another week to go in the month.
Click to expand...

The last Monday would qualify to be the end of the month, but it's just not the last weekend.

Not that it matters to me, almost everyday is a holiday for me. 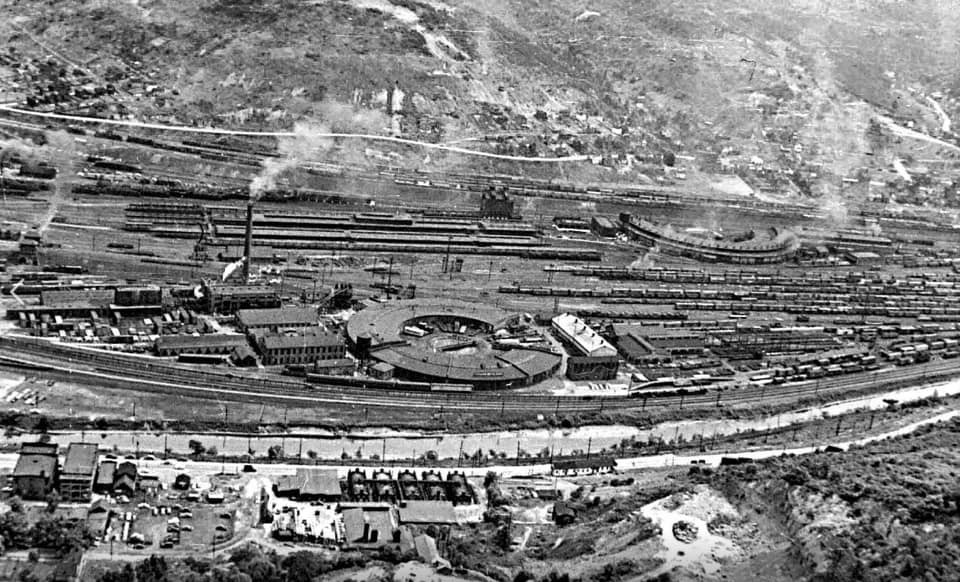 Here's the second test run of the COSF with the articulated cars. That last articulated car at the end of the train needs a little coupler tweaking, as does the club-lounge, but all in all it ran well. It backed into the stub end depot without derailing, which is kind of the acid test.

McLeod said:
Now, normally we only grow snow. Just thought we would try tomatoes this year, and see what happens
Click to expand...

Compared to mine, those look great!!!
E

I decided to take a break from the airbrush, the decals, and the window treatments and do something a bit different. The 10-6 blunt end sleeper and the 3/4 dome lurking in the background are getting interiors, the first ones I've tried. I had a Walthers 10-6 interior given to me. My friend even painted it for me. I've had to cut it into three pieces because, as you can see, the rails along the floor of the car prevent me from just slipping it into place. The rails are necessary as this is where the car floor fastens to the body. This will be a bit tricky but worth it I think. The 3/4 dome interior will have to be scratched, but I picked up a bunch of booths, seats, and tables for a lounge car. 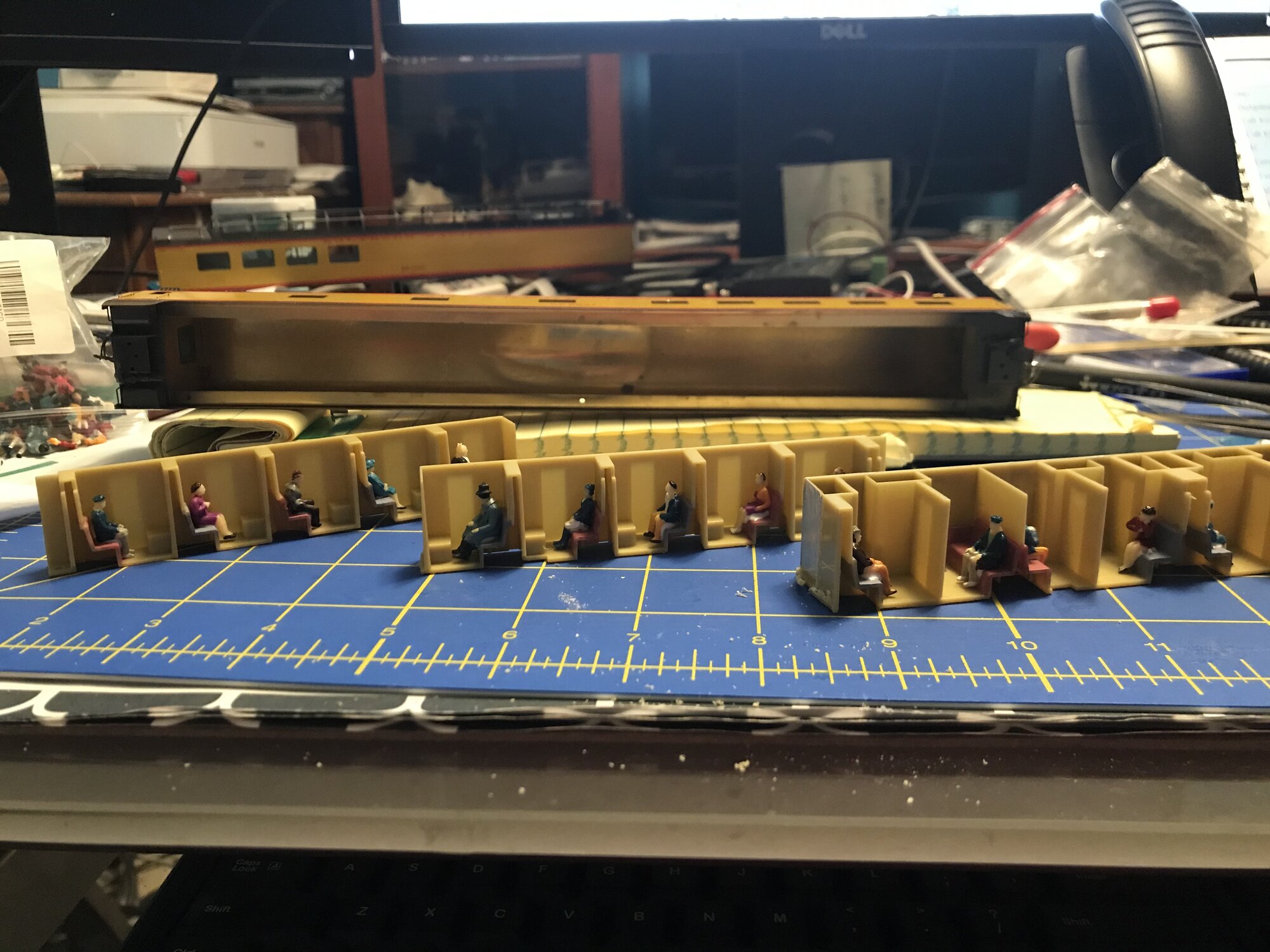 tootnkumin said:
Yes, a BMW I had was the same.
Click to expand...

I had a late 70’s Fiat that was like that, too. A blast to drive, especially on those winding country roads. A car that you didn’t get in & out of, but rather you put it on & took it off. I kept a pair of wrestling shoes in the front trunk, because the pedals were too close together to drive with workboots.

It doesn't. but that never stopped anyone from saying that either. It's not a day to honor veterans, or first responders, or whom ever the current heros are. It is not "the unofficial First Day of Summer", as we so often hear on local media.

Memorial Day is to honor our War Dead. Origionally it was called Decoration Day, to decorate the graves of Northern Soldiers killed during the War between the states. (Which is why there is a separate Confederate Memorial Day). Over time, the honor was expanded to include honoring those who gave their lives in all the wars that followed. Veterans are honored on November 11.

Memorial Day is a Day of Remembrance, and a Day of Gratitude for the Sacrifice made by our War Dead. It's a day to fly the flag, pause and remember.
Click to expand... 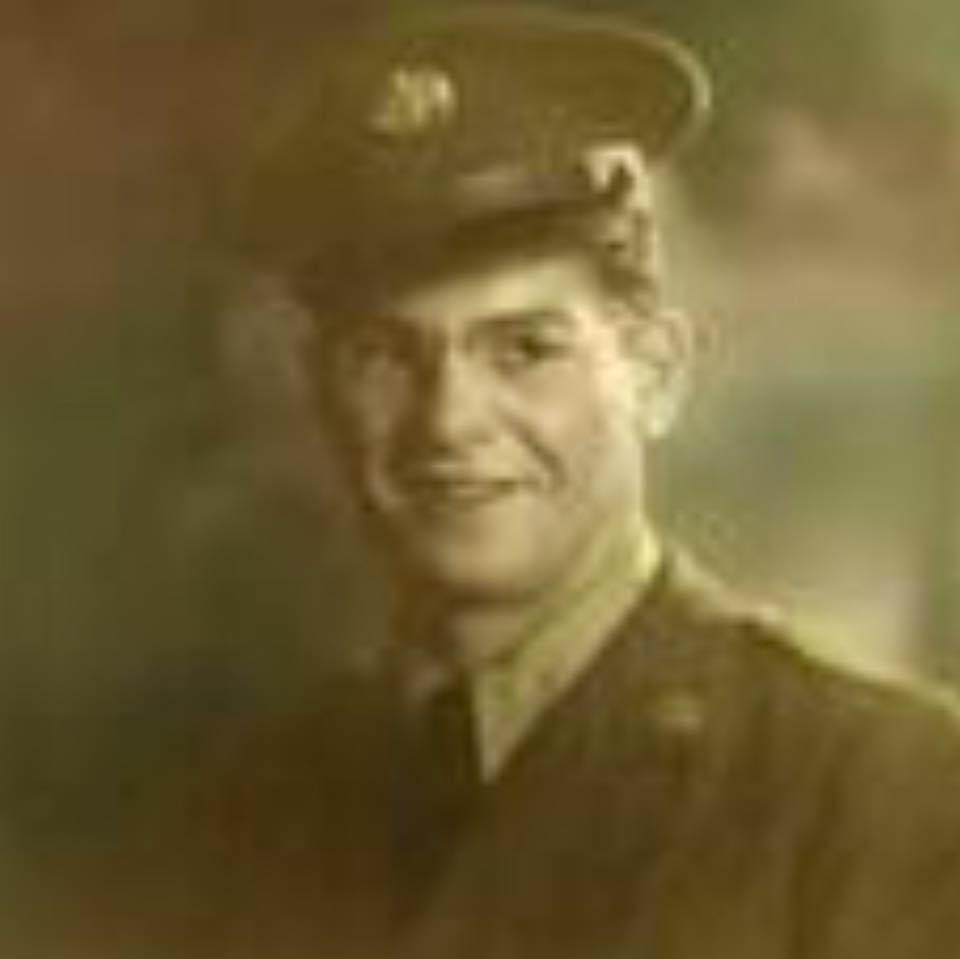 My dad’s cousin Leslie, who gave his life defusing a bomb in Cologne, on 20 April 1945. His final resting place is in the Netherlands, at the American Cemetery in Margarten.
Last edited: May 23, 2020

Boris said:
Willie: I recall a discussion about July 4th, but smarter people prevailed. Messing with July 4this like messing with Apple Pie and Superman's Cape!

Sherrel: That must have been great. I recall there was an article about that line in Trains or Model Railroader, back in the day.

Burlington Bob: Those are fantastic photos. There is much fantastic scenery in Tennessee. I regret not taking the time to stop and enjoy, when I was traveling to and from Clarksville.
Click to expand...

Joe- my sister, and with HOH & their kids at the time(the youngest was born a decade later), lived in Clarksville back in 97/98. Ft Campbell was his first PCS after going back at active duty following college.

Willie - As soon as I saw you're tomato report, I ran outside to photograph our plant(s). Here is my tomato report:
View attachment 113710

View attachment 113711
Now, normally we only grow snow. Just thought we would try tomatoes this year, and see what happens
Click to expand...

Guy- we usually grow snow quite well up here, too. The year I married MBH, the final snow pile at the local mountain park(part of the Niagara Escarpment) wasn’t all melted away until after Independence Day.