On every steam locomotive I've seen, the smoke from the stack just "seeps" rather than exit as a "blast" Very un-prototypical. I saw a Marklin locomotive that had steam blowout from the cylinders that looked pretty good, but lacked the volume of "steam" emitted. What progress has been made in making steam release and smoke "blast" more prototypical. I think some sort of bellows device could be devised to accurately "blast" smoke from the stack. That appears to be the last piece of realism that is lacking on locomotives. The smoke could also be more black. Something could be devised on larger scale locomotives due to more space available, but might be hard to do in HO. In other words, how far can we go with realism?
T

Aside from obtaining prototypical visual exhaust characteristics, if it would be anything like either the prototype or the models available today, the smell and possible irritation potential would make it unattractive for use in a relatively small (14' x 14') room. I've had enough hassles installing DCC sound decoders in some of my HO scale steamers, and I doubt a realistic smoke unit plus DCC and sound would be available for much under $750-1000. I hope you find that kind of a setup. Me, I'll pass it up, thanks!

A fan takes up much less space than a bellows.

It's not smoke...for one. It's a refined oil vapour. Even so, real steamer smoke isn't much smoke at all, unless it's being fired inefficiently. It is mostly vapour that condenses in cool surrounding air and becomes visible as larger droplets.

It would take a serious redesign and software control of the fan to make 'smoke' look like the real thing. Trouble is, it doesn't scale well. It's not nearly as bad at scaling as water, but it just doesn't pass the test for me. Also, just as it is in a kitchen, the lipid vapour settles eventually. In a kitchen, on all surfaces, on decorations, plants nearby, flooring, wall paint...and when you bother to clean once a year or more, you'll soon learn that. I don't want my layout getting covered in steam oil, even if it would take a decade to accumulate enough of it that I'd notice.

Synchronised puffing smoke has been around for some years from Broadway Limited and other companies.
I have about 16 locos with puffing smoke from Broadway, All US prototypes.
Steam from the cylinder area is caused on the prototype locos by the cylinder drain valves which release condensed water from the cylinders on STARTING. There was a loco with cylinder steam from Roco which produced steam all the time which was not prototypical.
A french company called REE make locos with puffing smoke and cylinder steam which can be turned off with a function key or be programmed to turn off after a time with a CV. Here is a video of a REE loco in action.


I have a couple of REE locos which are very impressive ( but expensive) .
Colin.
B

Impressive engine in that video.

I seem to recall see a Lionel or MTH logging loco that had very nice puffing smoke?
B

I've seen some pretty good steam 'clouds' made using cotton balls.,...just not many. Need some images!!

trailrider said:
Aside from obtaining prototypical visual exhaust characteristics, if it would be anything like either the prototype or the models available today, the smell and possible irritation potential would make it unattractive for use in a relatively small (14' x 14') room.
Click to expand...

This was my first thought. If an HO steamer would produce as much "smoke"/"steam" from the exhaust in scale with a real locomotive it would quickly fill almost any room such that human's couldn't occupy it. New operating session accessory - A gas mask.

At a show we were put next to the Toy Train Collectors exhibit one year. Lots of little locos with their little smoke stacks. My eyes watered that entire weekend.
M

My only gripe is the smoke seeping out of the stack rather than shooting out as a" blast". The REE loco has realistic cylinder blow out, but the smoke from the stack is anemic. I don't know how to improve it, but if they can put a million transistors on a chip and make tiny machines that can operate in space and on the moon, then anything should be possible. I think the smell of smoke from a coal fired loco would lend much realism to a model although the missus would object I'm sure. I know it would be hard to do in HO, but should be easily accomplished in G or even O.
D

It's just physics. G forces, momentum and all that stuff doesn't scale well. No matter how well you blow the smoke, it's not going to behave normally once it leaves the stack.
B

This BLI engine seems to have pretty good smoke,...

I find it to be highly unconvincing. This is what a labouring steamer looks like, but only when it is being fired for the photographer's benefit: 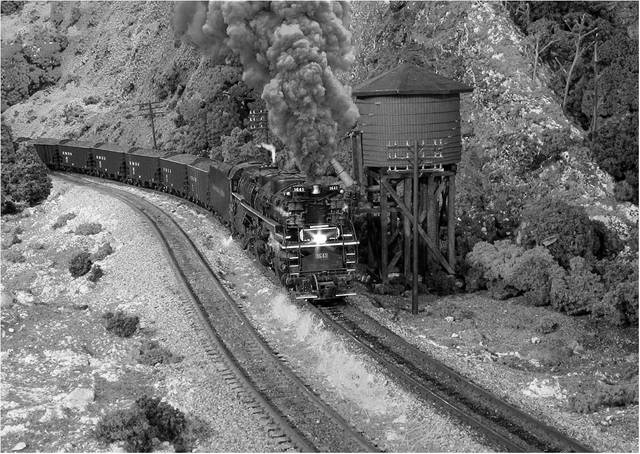 The billowing mixture of particulate matter, that being unburnt fuel, and water vapour (it's no longer steam when it emits from the stack), looks vastly different from any HO scale model's 'smoke' that I have seen.

A properly fired locomotive looks like this (achieved using a cloning brush with a reference point somewhere in the image): 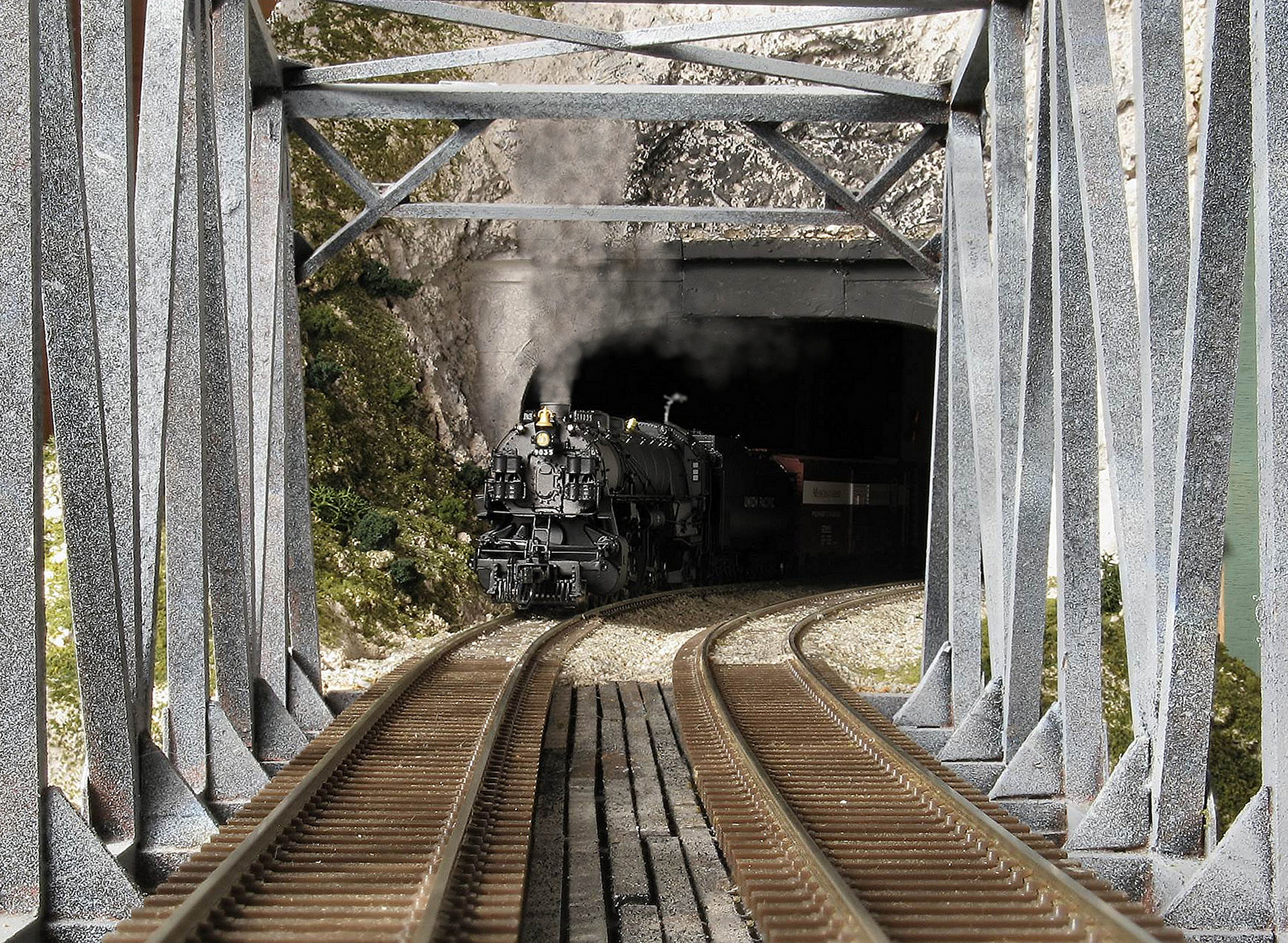