Time for a new monthly thread!

I'm going to have to take some photos I guess.

From my old layout, of my fictional branch line, the Central Pennsylvania. 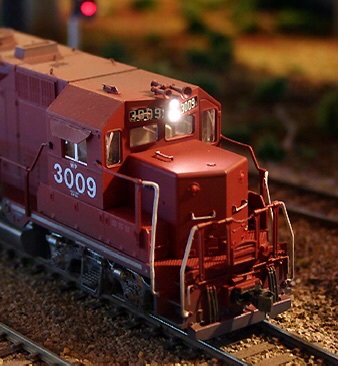 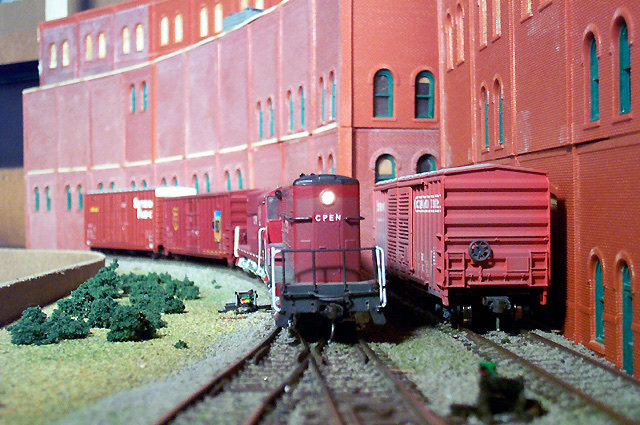 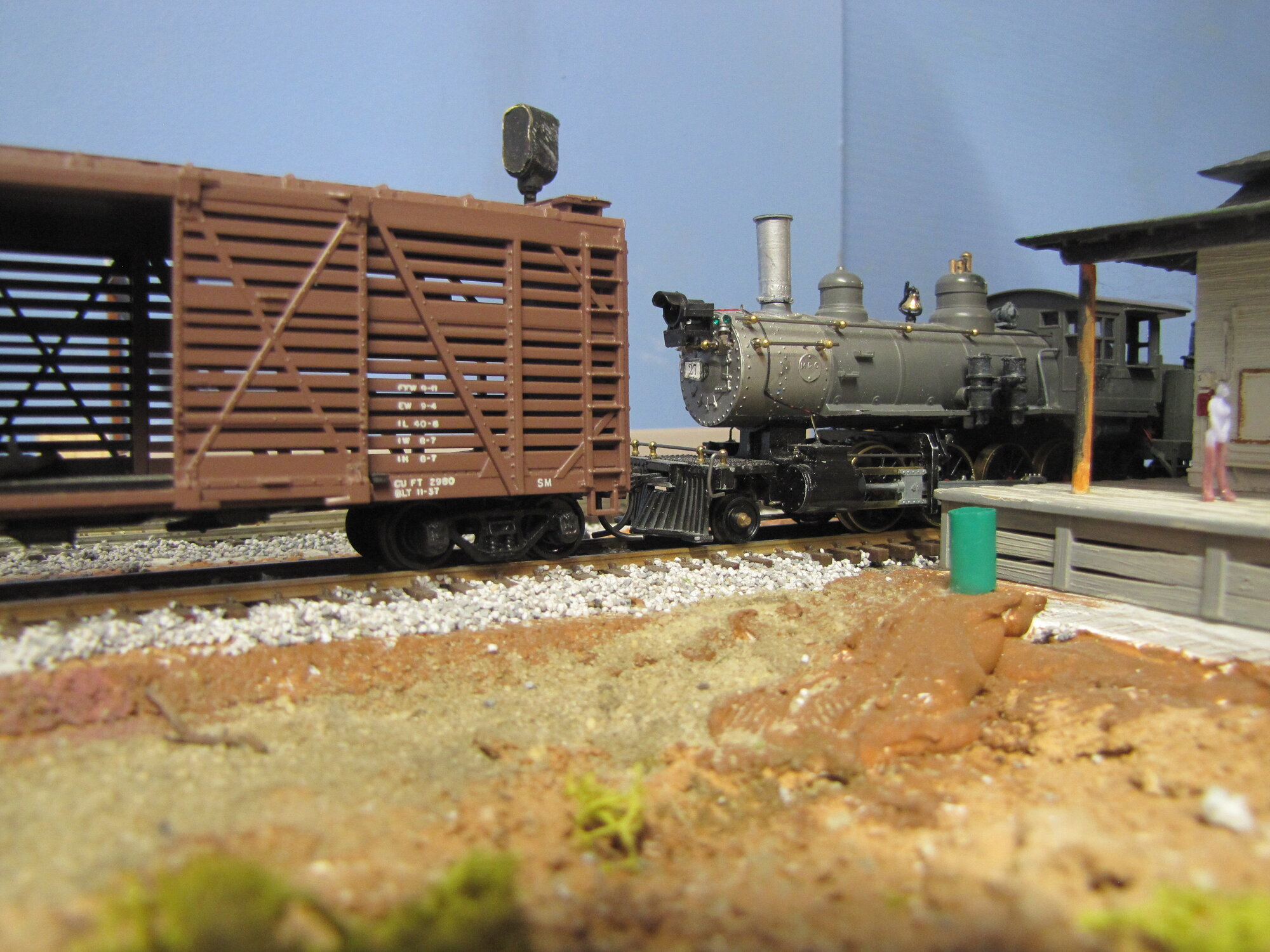 From my first layout. 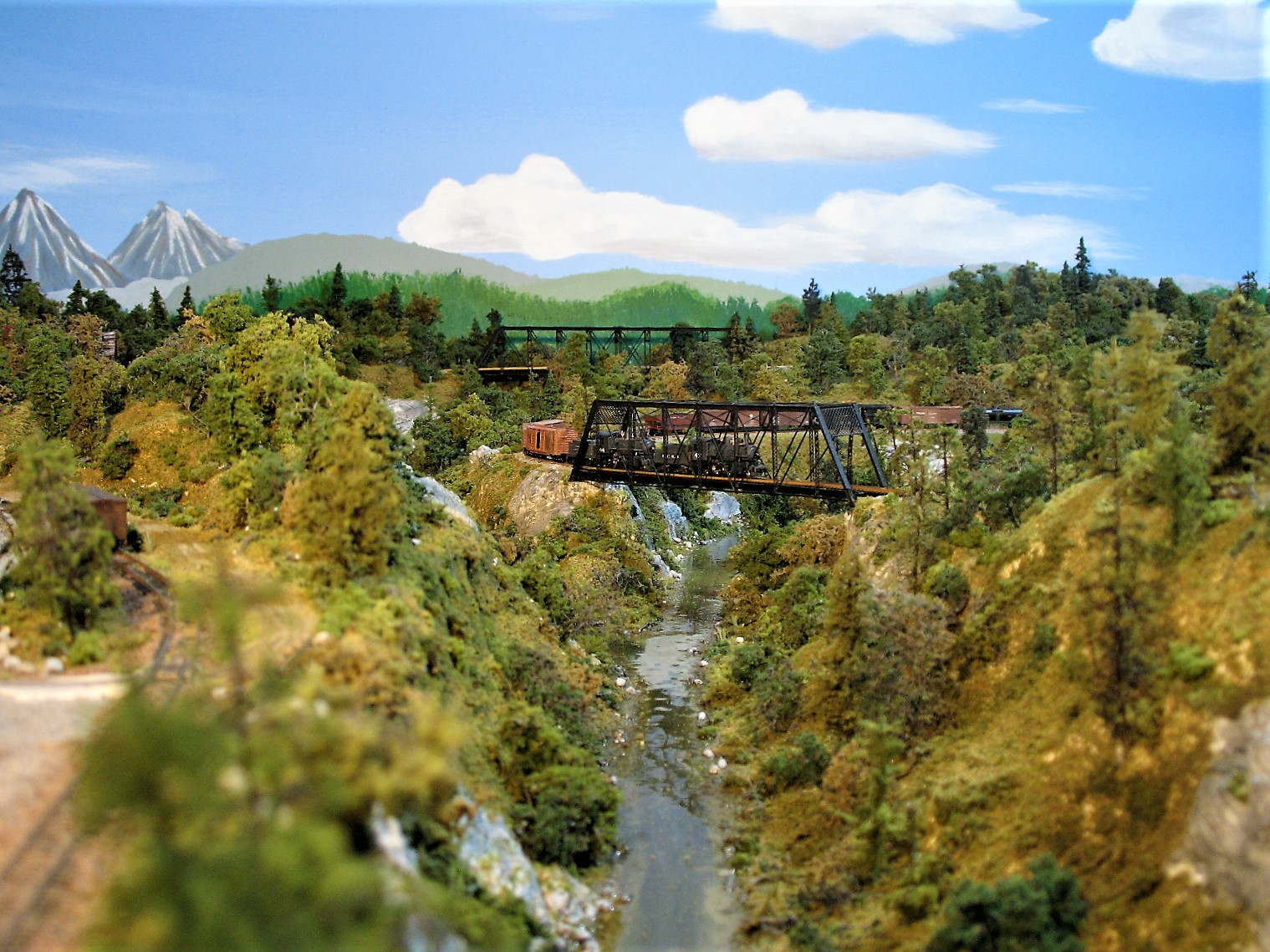 HOexplorer said:
From my first layout.
Click to expand...

HOexplorer - That is nice. I really like the sweeping curves, trestles & scenery. 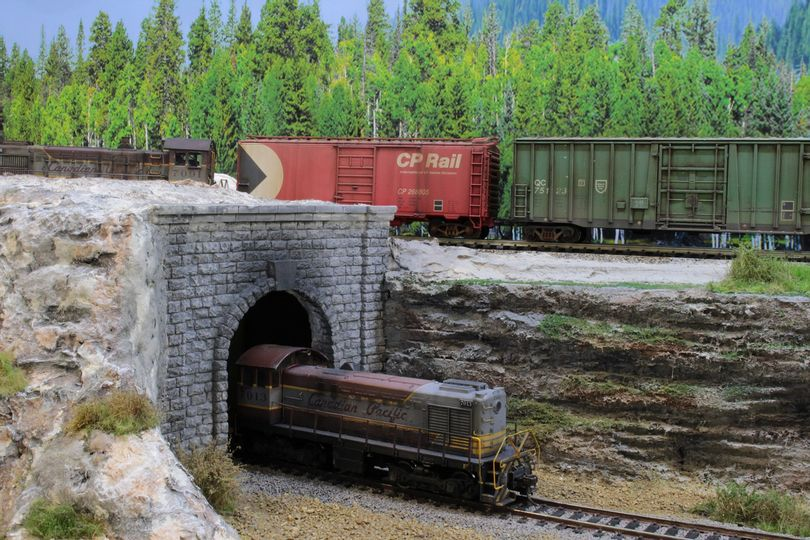 I'm going to have to take some photos I guess.

Didn't know you were starting a new thread each month. I posted in the other one oh well.

CambriaArea51 said:
Didn't know you were starting a new thread each month. I posted in the other one oh well.
Click to expand...

No worries, but the thread title might be a clue.

I posted before you started the new thread. 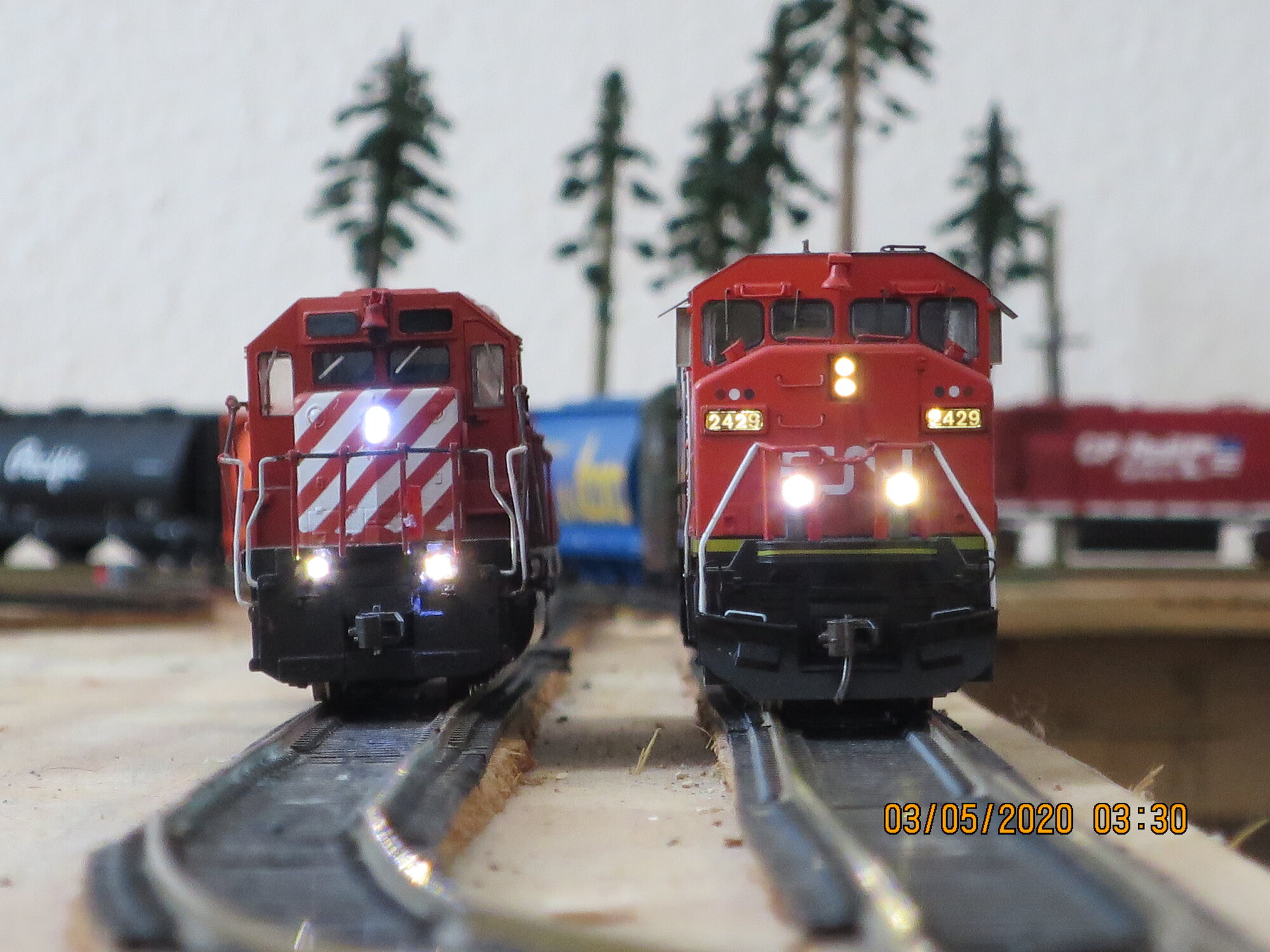 Currently all packed away as we're in the process of a move to Montana. The majority of my brass collection: 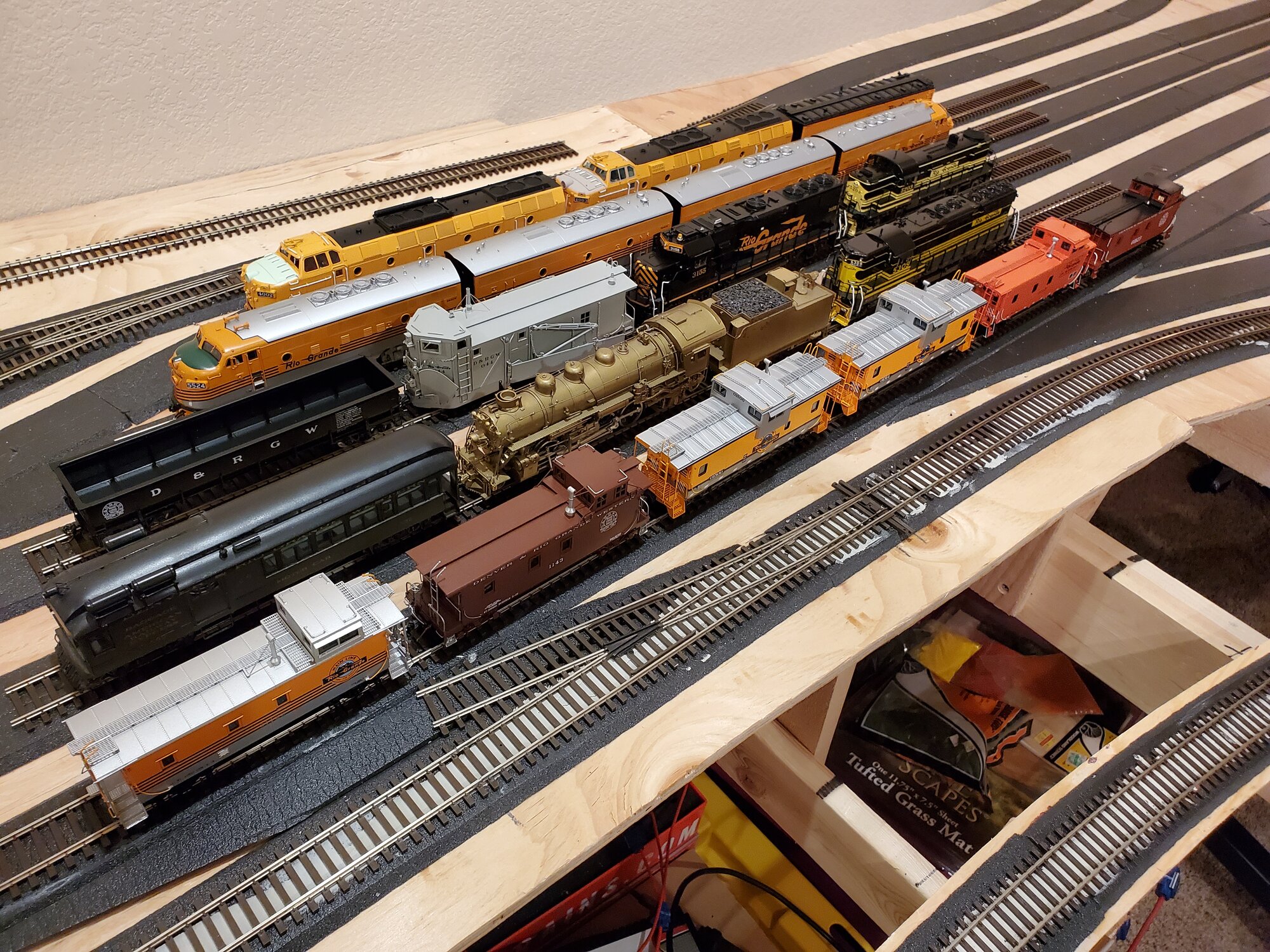 A frame taken out of the NH 425C video I posted a few days ago. 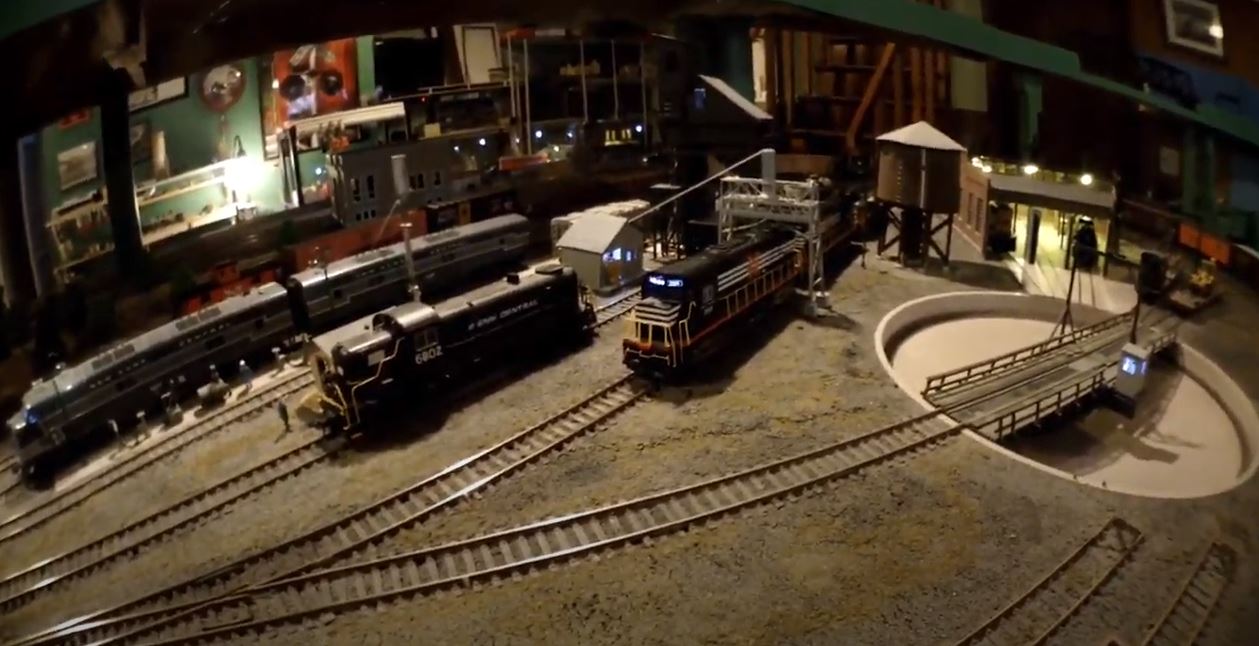 I finally picked up my last pickup I needed to pick up to fill an auto rack with pickups!
Hoping to start scenery and buildings on this stretch of the layout soon... 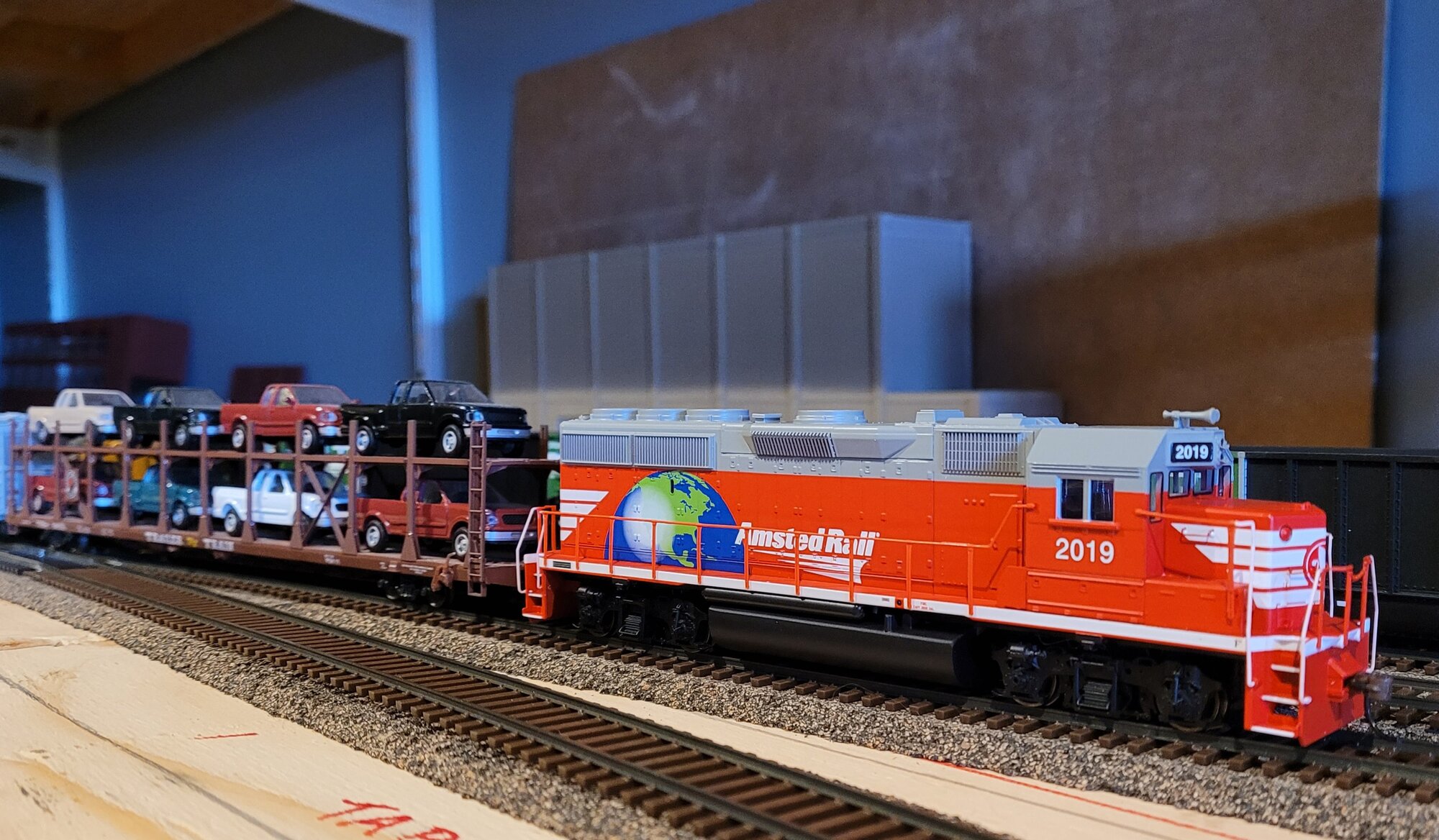 I hope prototype photos are ok in this thread. A few weeks ago I was in the Dallas area for some work-related training. I had some time to kill one afternoon so I drove around in my rental car looking for trains. Didn't come across much, but I did stumble on the Dallas, Garland, and Northeastern RR yard in Carrollton. And what did I find parked by the loco shed? CFNR 111, a GP15-1 originally built for the C&NW in 1976!

When I was younger, I remember seeing an occasional California Northern locomotive on the former Northwestern Pacific tracks near where I grew up north of San Francisco. It's probably been...20 years since I've seen one in person again. Naturally, I have one on my layout in HO scale, a slightly older Proto 1K that I converted to DCC. Unfortunately, #111 doesn't look like she's moved much recently. 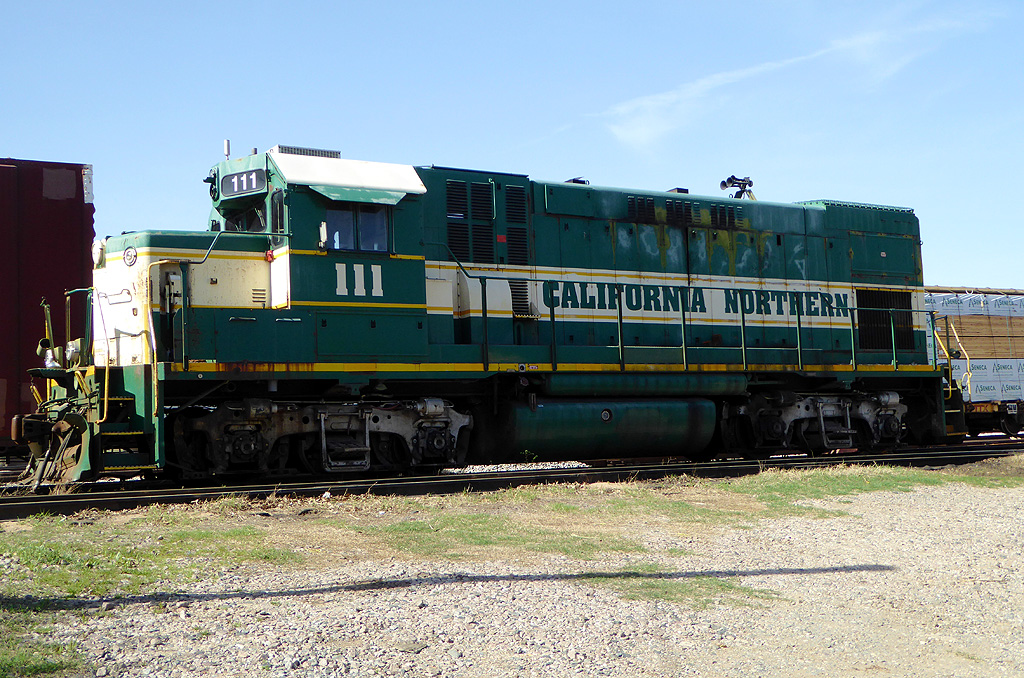 skyliner - That railyard has always been a good place to railfan. It is located just over a mile from where I worked for 43 years, and I would visit it on my lunch break occasionally. Originally it was quite busy as a Cotton Belt (SSW) yard on their E-W main between Wylie TX, (North Dallas), and Ft Worth TX. Then by default it became an SP yard, then a UP, although by the UP days it was mostly abandoned, but left in place for storage. DG&NE leases it and the trackage east from UP now, as well as some N-S trackage just a bit west under the DART light rail line. That N-S track is ex-MKT track from Dallas to Denton TX. West of the IH35E freeway, UP leases the old Cotton Belt track to the Ft Worth & Western RR. A quarter mile west of the actual yard is an interchange with the now BNSF main (ex Frisco, SLSF and ex-BN) running SW to NE from Dallas to Sherman TX. There is an diamond, actually a triangle there, that still exists between the old MKT, SLSF, and SSW lines, which used to provide major headaches for surrounding traffic, as many major roads run nearby. They just recently elevated Belt Line Road, and the IH35E service roads over most of the railroads. However, since 1990, only BN and now BNSF regularily run trains along their main, as many as 24/day. DG&NE runs mainly east and there are a few interchange trains with FWWR coming in every week. The ex-MKT trackage is mostly ripped up and has been replaced by DART's light rail system that they either lease or bought from UP. North of Carrollton, it is leased to DCTA, a comuter rail line going north to Denton. There are a couple of industries left in Carrollton that get rail service via DG&NE on ground level rails in the area, with the DART line running overhead.

Finished up the crane and boom car - so here's a small MOW train. 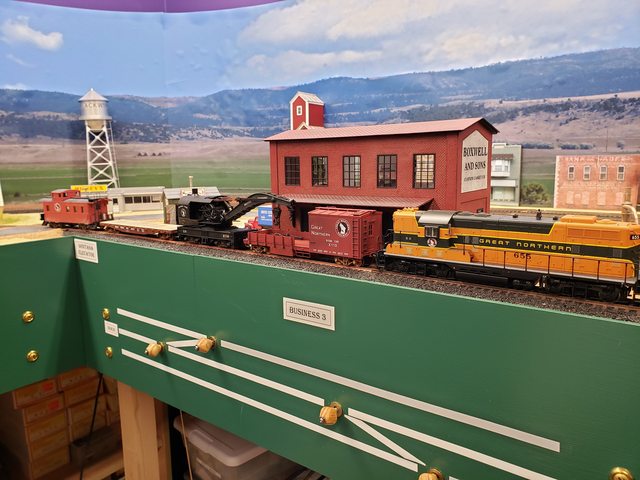 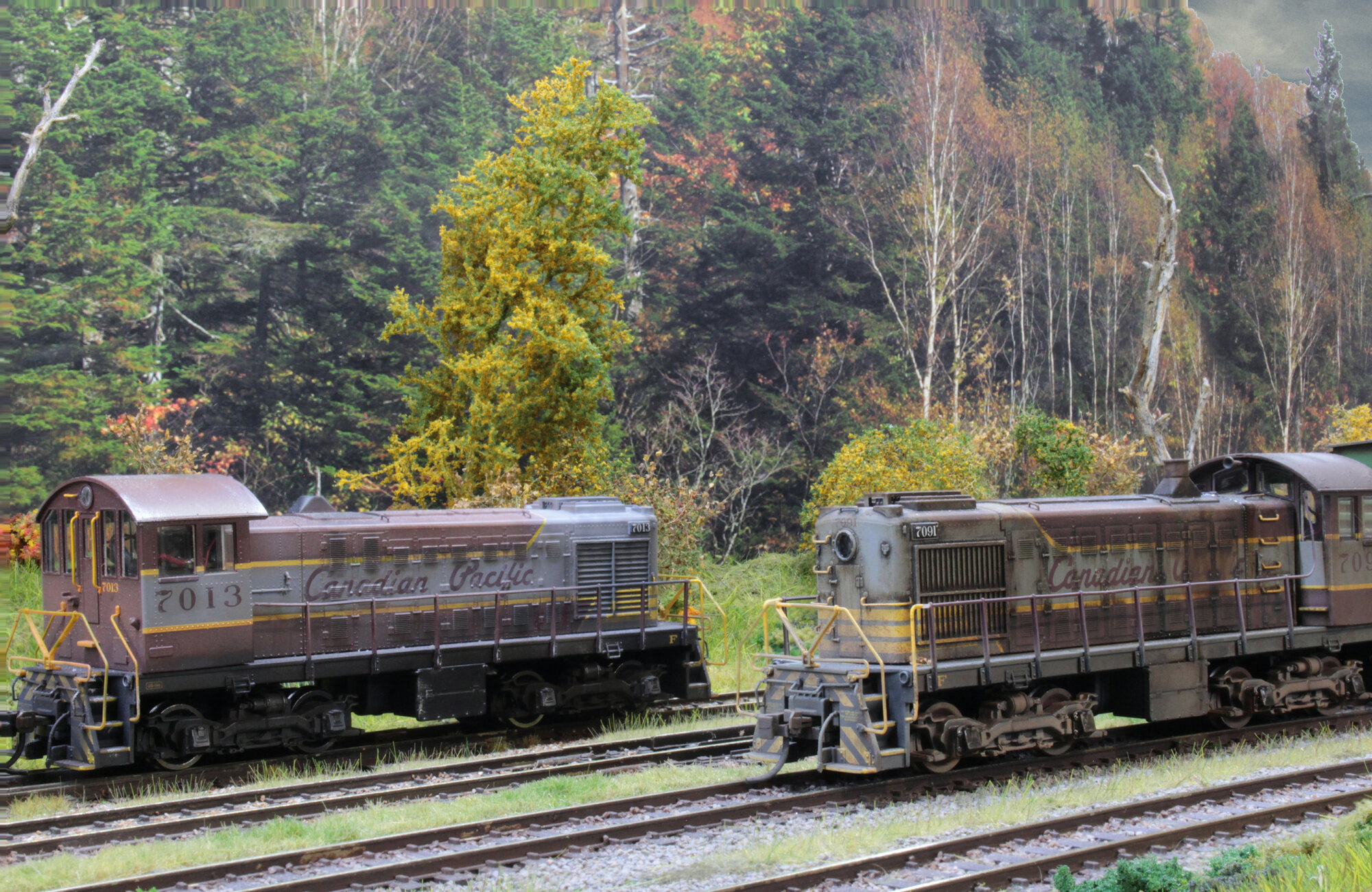 That picture looks so freakin real !