My latest 'thing' of significance... too bad this is how the guy chose to ship this loco. Fortunately it arrived unscathed. DC only at this time, IIRC. 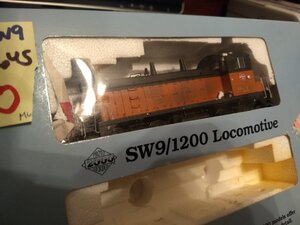 I snagged another ASAB boxcar #7234....I got it for 5 bucks plus 3.74 for shipping. so 9 dollar total not bad. I think this is an old Athearn BB but I actually think it may be a BEV-BEL series. Not sure. Will need to research it. So all in all a decent score. I do need to change out the wheel sets, add kadees and add a missing break wheel plus add a little bid of weathering. I do love these o'l BB Athearns & it's nice having operable doors. Plugged doors drive me nuts.... 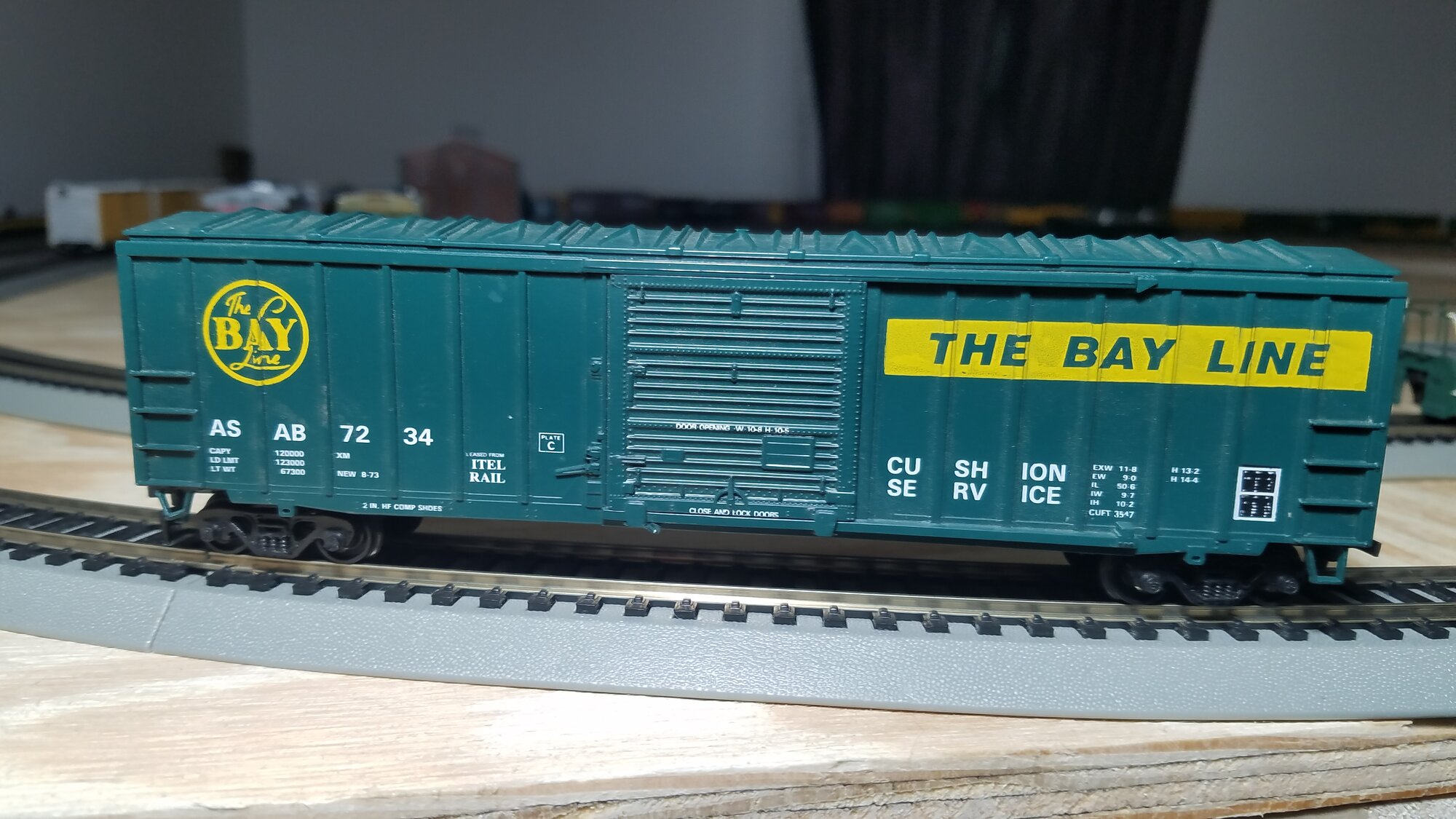 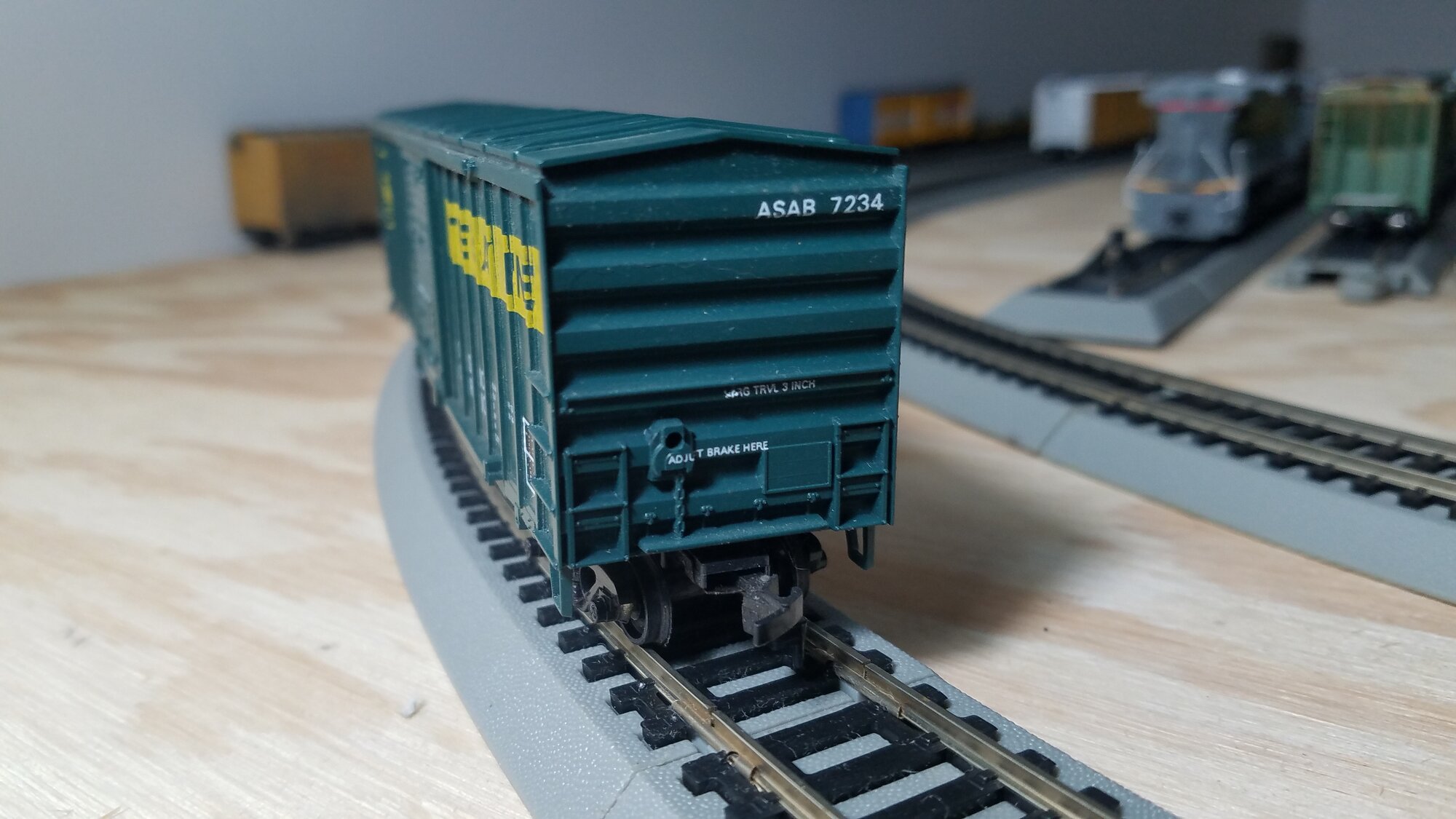 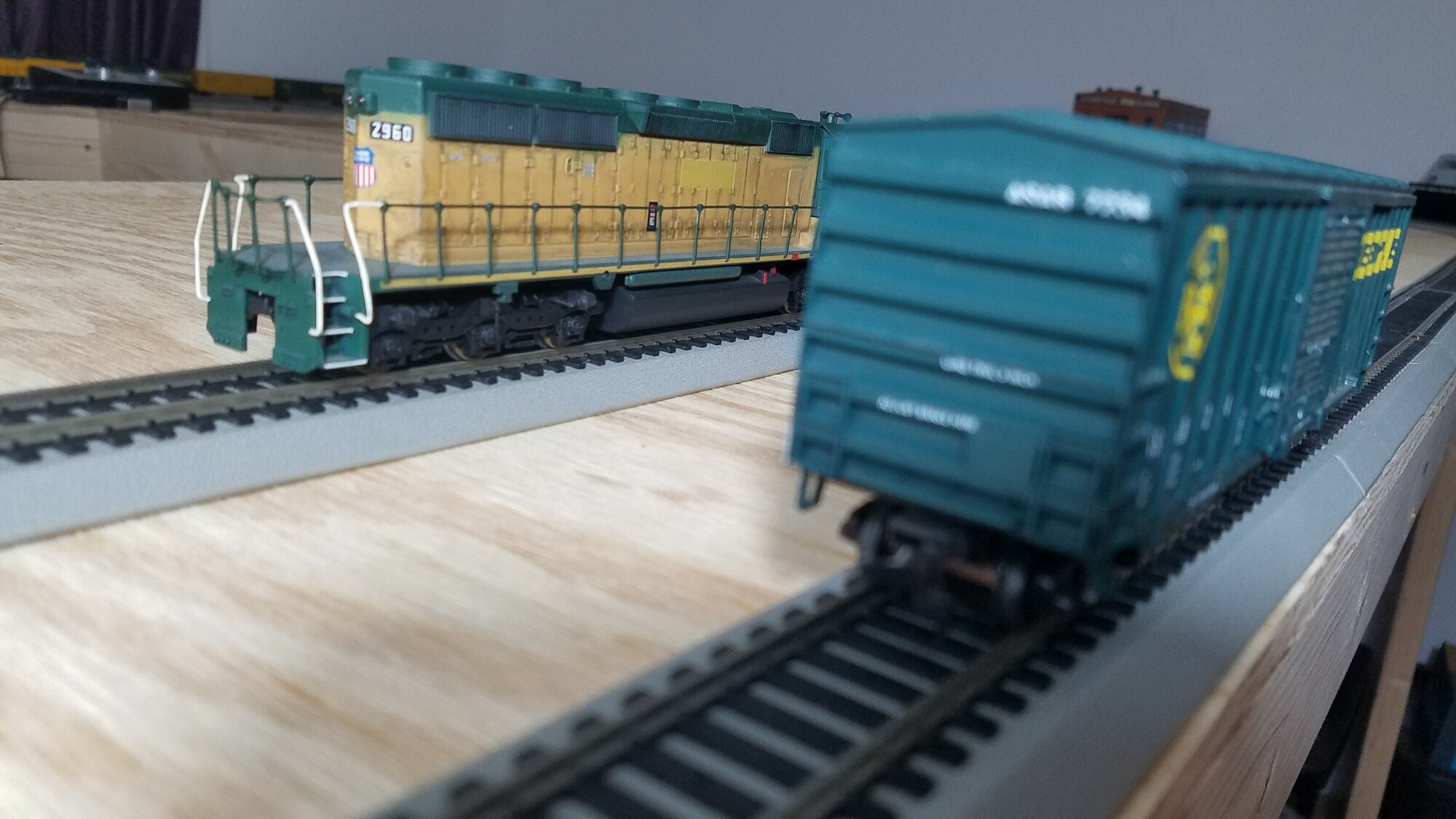 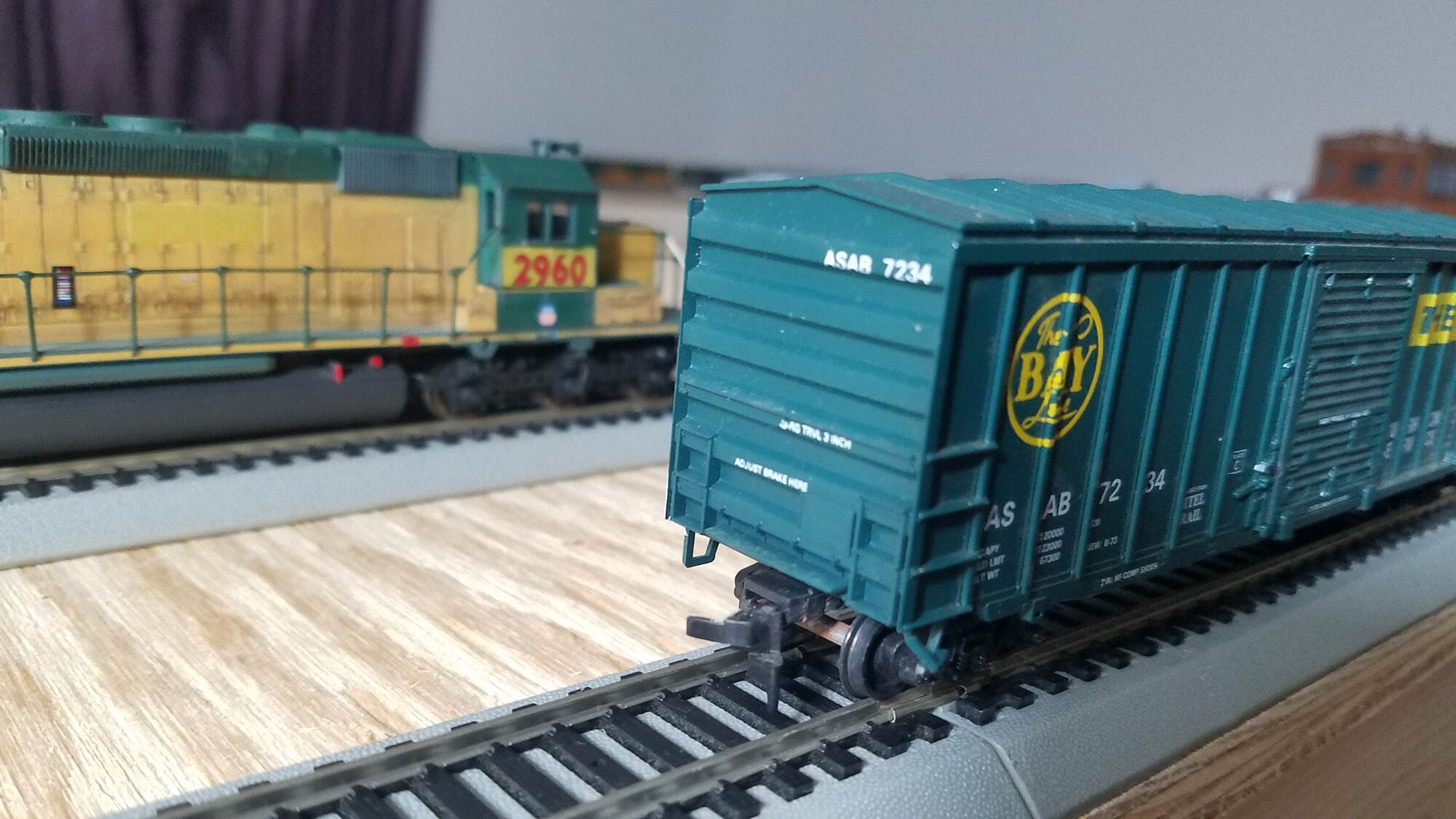 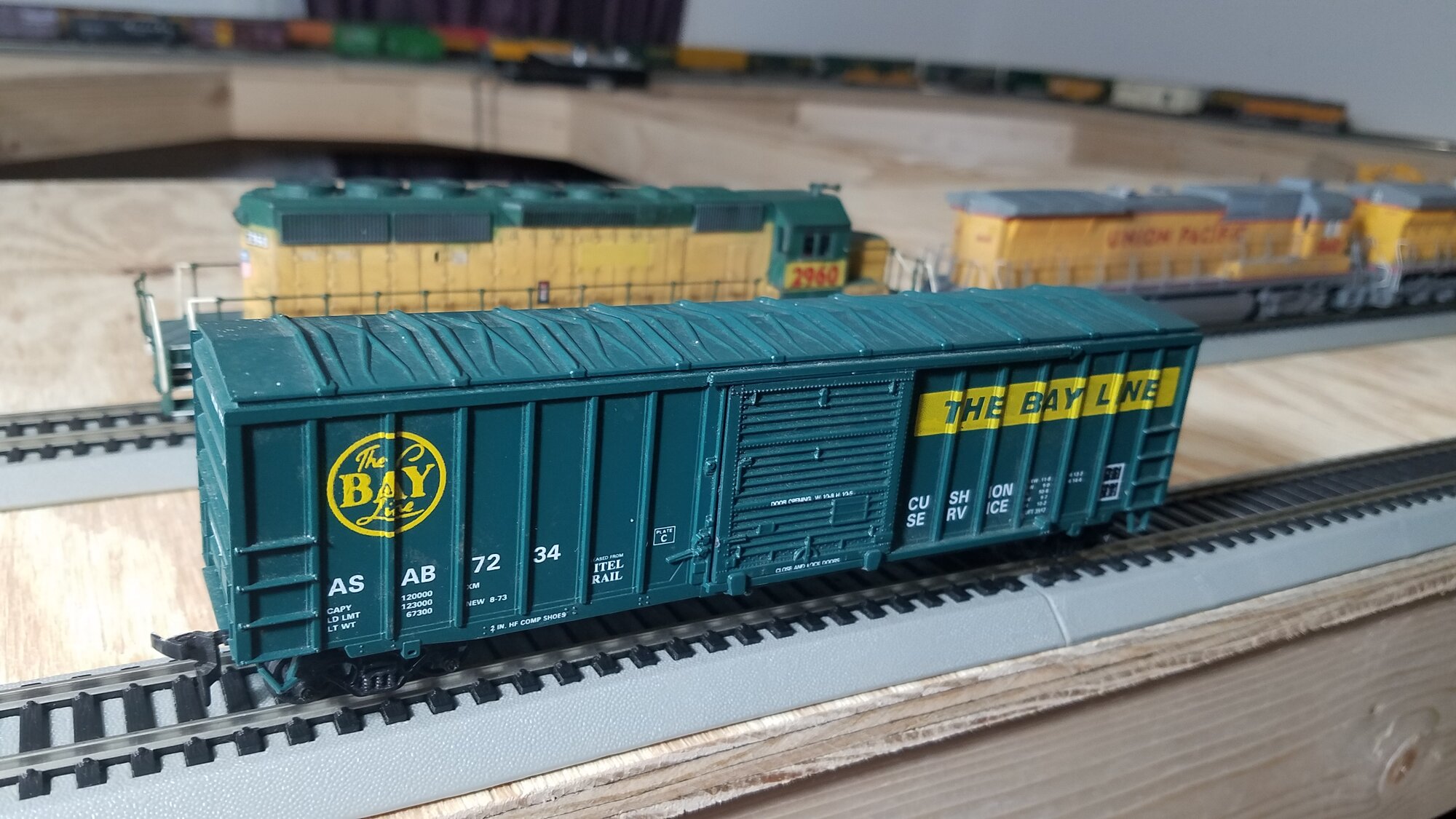 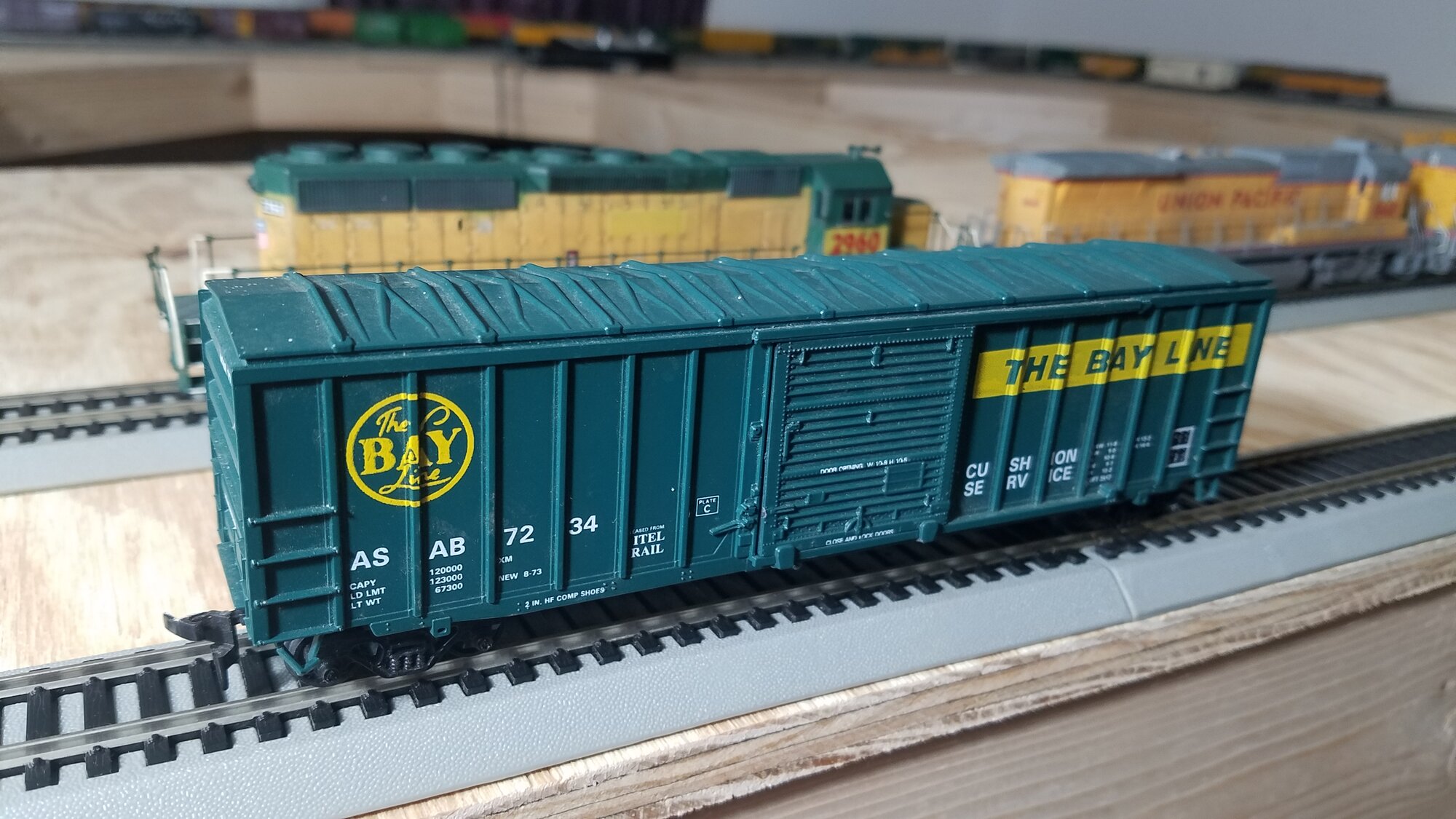 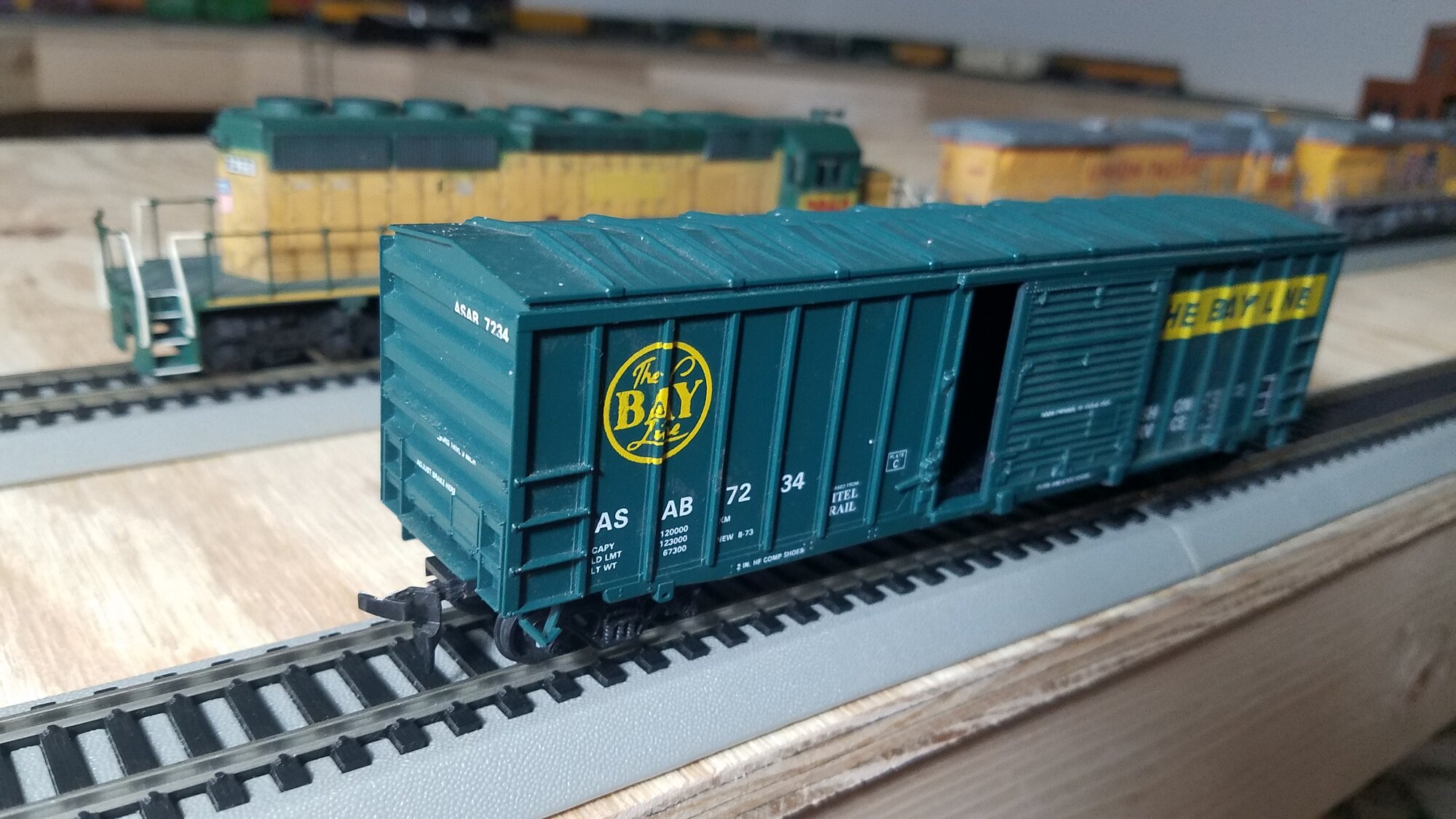 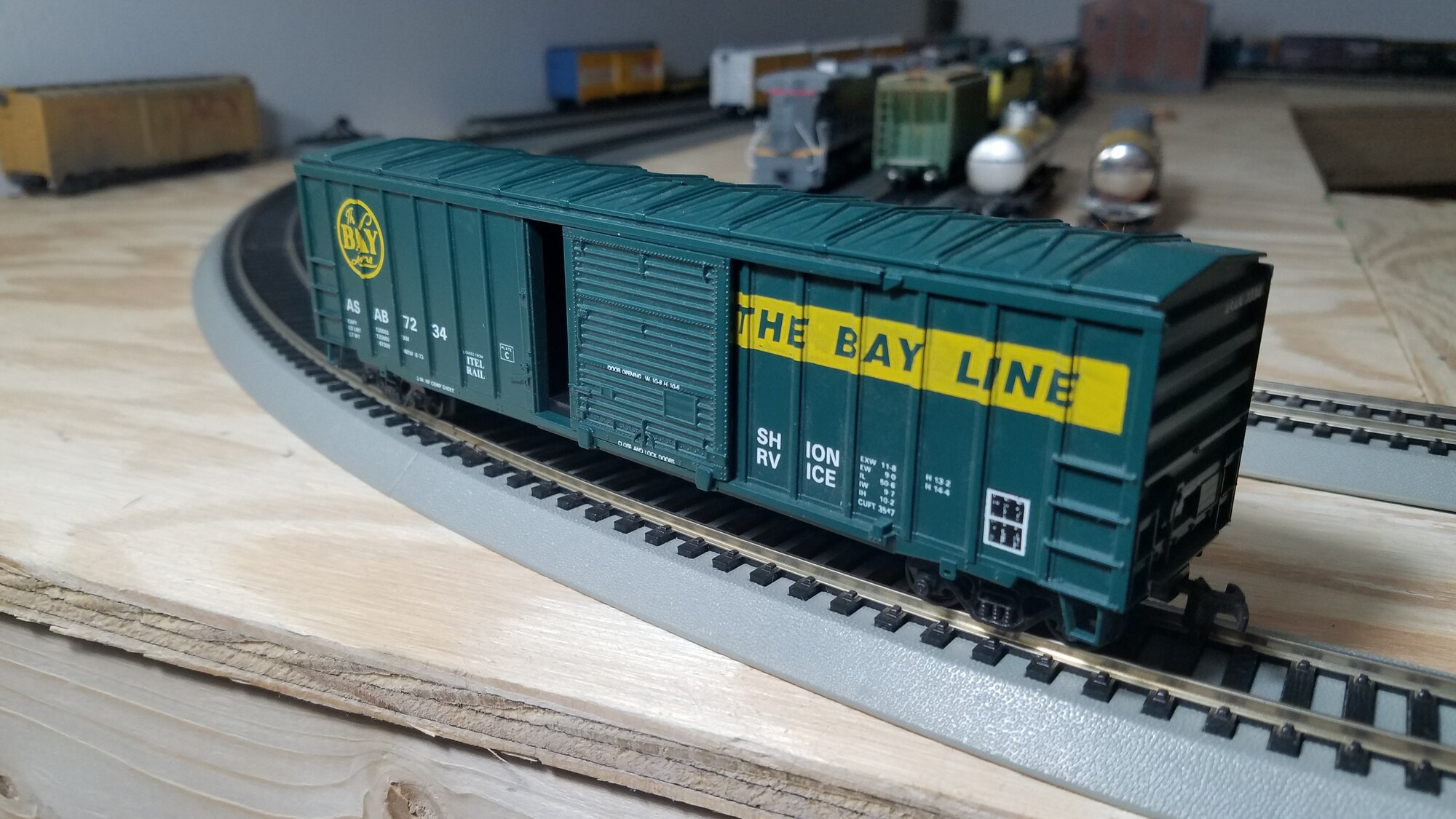 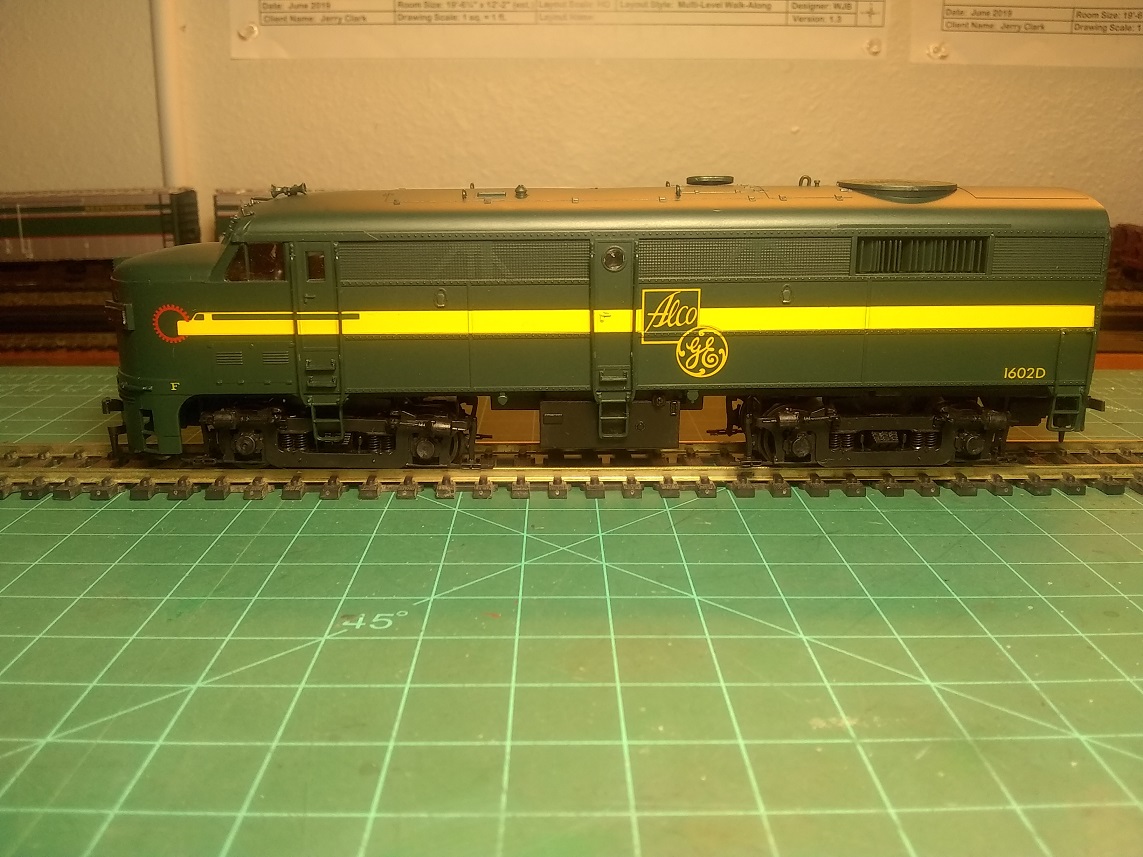 Jerry - Is that the locomotive commonly called a "Sharknose"?

James - I like boxcars that the doors can be opened or ajar myself!

CM-Fan said:
Jerry - Is that the locomotive commonly called a "Sharknose"?

The Shark nose are the Baldwin locos.... 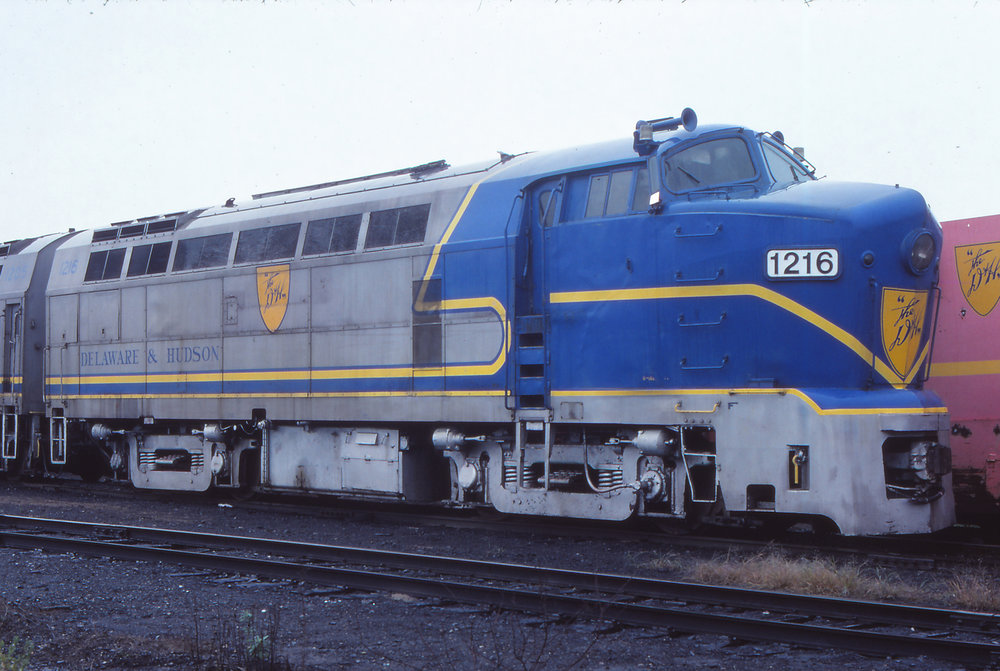 Also a little tibbit of information. Other than my grandfather worked at ALCO. Currently ALCO #5 switcher from the ALCO plant is still running today and in operation. It runs in the north east area of upstate NY where I live. Hal T. Raven is the owner and operator.

Alco 5. 574 likes · 60 talking about this. Help keep Alco #5 running and restored! This S-1 locomotive was built in 1947 by Alco Schenectady as their own plant switcher. We plan to keep this historic...

It is a sweet diesel locomotive! Love the ALCOs!

Got a fun shipment today while re-hanging the blinds and curtains in the condo. 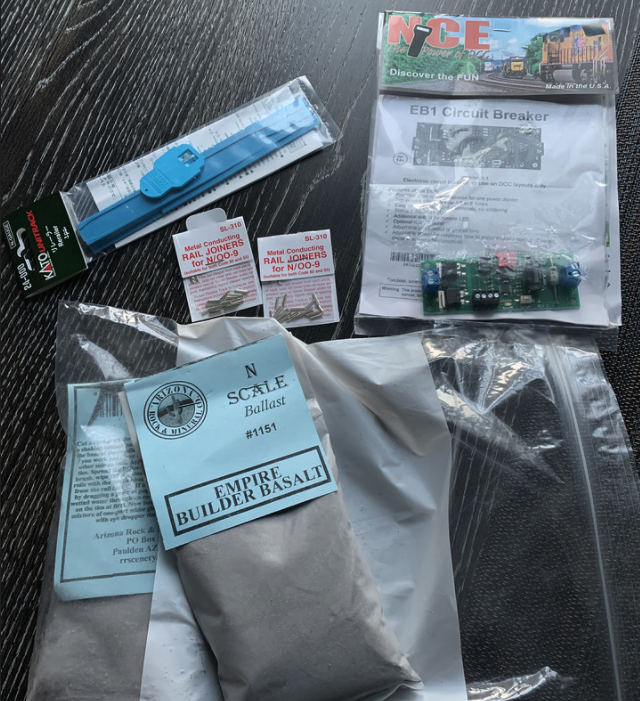 You guys are getting me in the mood to order something

CM-Fan said:
Jerry - Is that the locomotive commonly called a "Sharknose"?
Click to expand...

Walt, I could see were looking at my photo you might think that the way the nose looks........
And speaking of Baldwins, an ABA Demonstrator set of the DR-4-4-1500 shark noses would look good lined up with the other Demonstrators...

Greg@mnrr said:
You guys are getting me in the mood to order something
Click to expand...

Made a trip to the LHS today for Scenic cement. Figured I'd need it for ballasting the track. They finally had the rail joiners in they promised to have last week.

In addition, the old gent (I know... that's rather subjective in this crowd) who runs the train section, is hard of hearing, pulls his mask down to talk on the phone, and forgets to pull it up before he invades my personal space (he can't hear well, so he gets REALLY close) showed me the case of N scale rolling stock and locos they just brought over from their other location.

Seems they have two stores here in the fort, but they can't host their in-store events (drone races, etc which cuts down on foot traffic) so they closed one location for the duration and are slowing moving stock and fixtures over. Most of their previously owned stuff was at the store they closed. BUT NOT ANY LONGER! I grabbed the two Empire Builder cars, and one GN Refer car I saw. That should have wiped them out on GN rolling stock, but I'll keep my eyes open for more. All three were marked as "estate sale" - so I know these were previously cherished. I'll give them some more years of attention.

Next visit, I might start picking up some NP and CN rolling stock. Whichever modeler had the stock before seemed to take good care of it. And liked passenger cars. I could almost make a full consist of CN passenger cars. Wonder if they ever ran down on the GN? IIRC, there was a stretch where CN did run on GN, but I'm not sure if it included their passenger stuff. Or, was that the CP?

The RPO was very generous to me today. I got a box with a dozen Accurail freight cars in it! A mix of box cars and reefers. 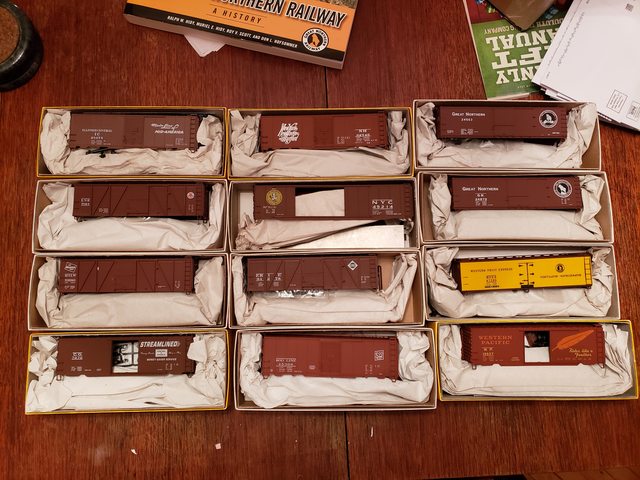 That should keep me busy during the cold winter months (as if I didn't have anything else to do!)

Also arriving on track 9-3/4 was a new book! Because you can't have enough histories of the Great Northern on your bookshelf! 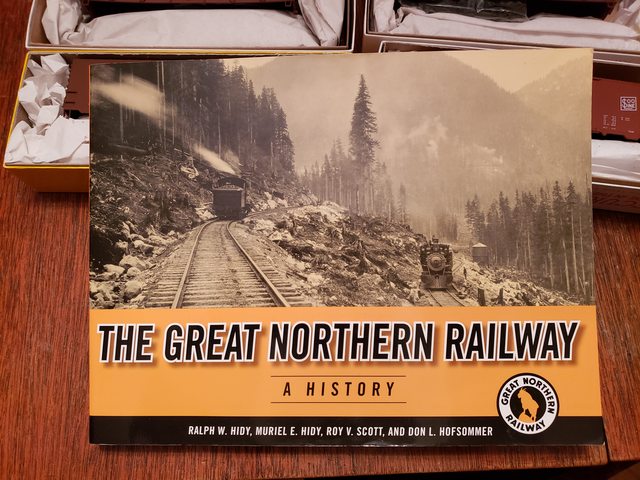 This fell out of the RPO car as it whipped by a couple of days ago....what's an A unit with out a B unit? 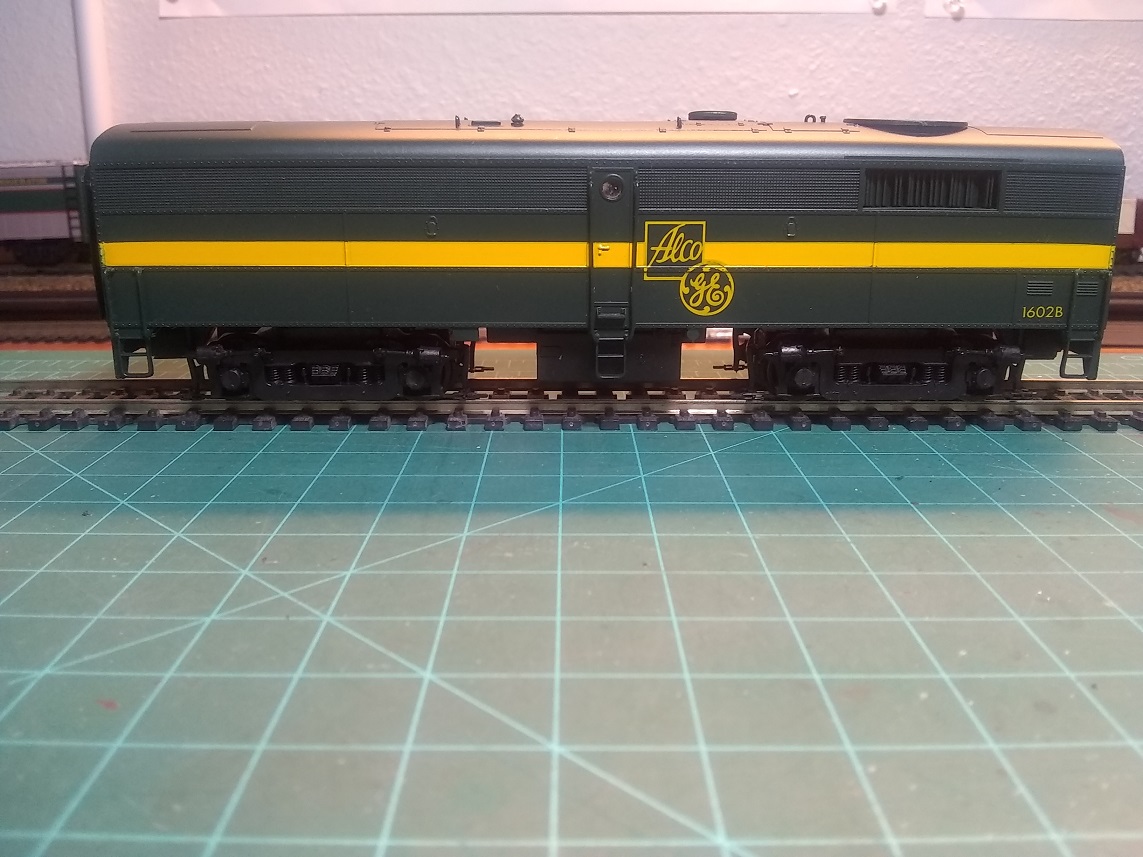 This is an unpowered B unit, were they removed the motors off of a powered frame and called it good. This thing weighs over 8 ounces. I've got some trimming to do! Anyway, glad to have it, I thought it might take a while to come up with a B unit.... RPO delivery is a bit delayed on my end of the line this week.

I am waiting for the arrival of JRs UPPR locomotive order. A GP-39-2 non turbo EMD in the ASAB livery/scheme.

Also waiting for the following cars:

Also another locomotive is pending on review and most likely the management will approve the order of a well used and worn/weathered SP unit.
It's a Athearn RTR (Ready-To-Roll) SD40R UP Ex-SP 7319 *DC / DCC Ready.*Weathered to match the late prototype.

I will of course show/share these pictures once they arrive.

I have gotten the remaining items for my RS-1 project that will be heading to JTEX as soon as I am able to get to the post.

Getting ready to start wiring soon. Figured I'd better get edumacated about it... Well one delivery was made today..... 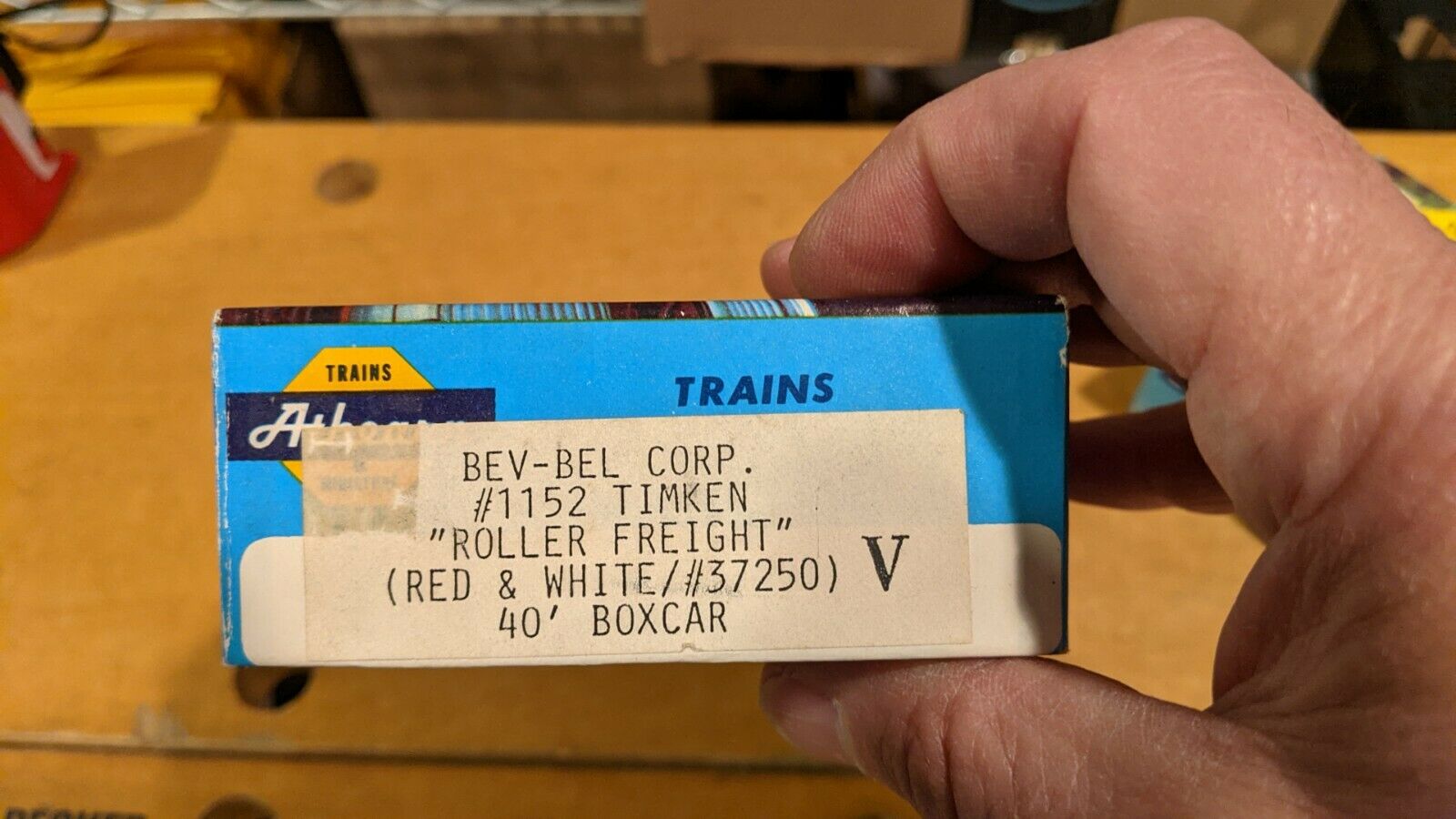 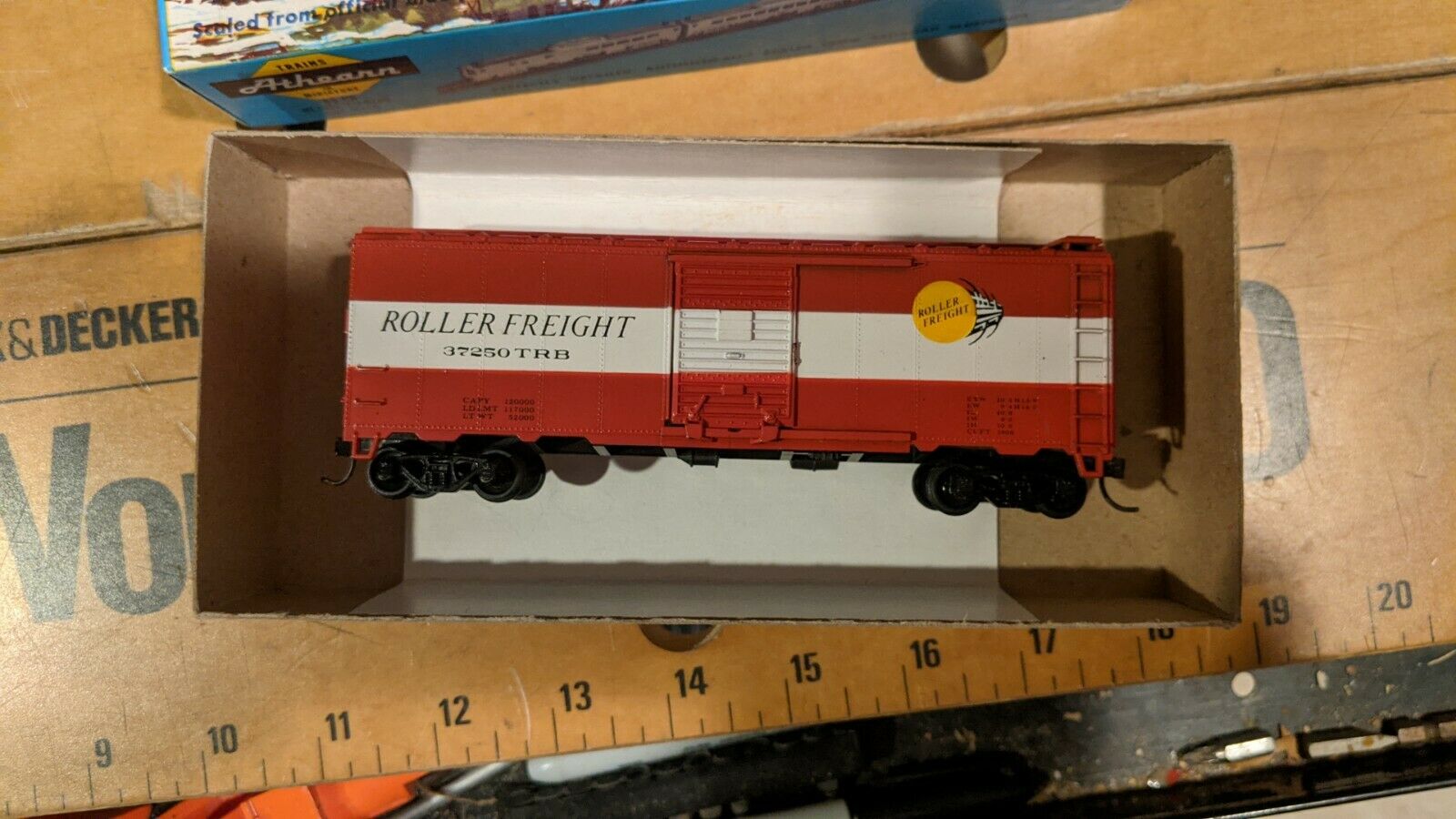 I will show it on my JRs UPRR thread.

Still waiting for other items to show up...

You all have been busy acquiring some great equipment and other. This morning was like an early Christmas as I opened up all the parcels from this week and the previous. Here are a few of the items.
Model Masterpieces Como 6 stall stone roundhouse and boiler house attachment.
The Rainbow Route - second time owning this fine book, last one was loaned out and never seen again
Some Transportation for the future layout
More Up Clear Creek on the Narrow Gauge - my lovely wife searched out this book and got it for me as I recently learned of it. It is part 2 of the NG&SL articles. I've read and studied the original book numerous times. 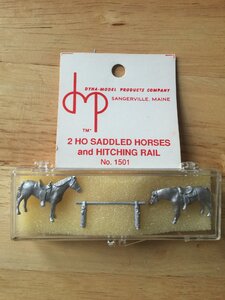 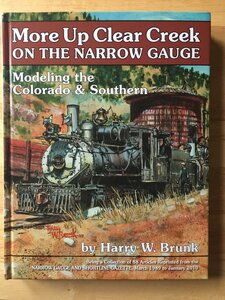 I'm not supposed to be acquiring new equipment (more on that at another time), but I couldn't pass up a Cyber Monday deal that caught my attention. BLI F3A+B, CB&Q, DCC and sound. Now, this doesn't quite fit my layout era, but I do have some Burlington rolling stock from that time, for when a retro train passes through. Plus, I was also looking for some backup power for a CB&Q E8 mail train I put together some years ago. Those ran mostly with E-units, but I figure there had to be at least a few times they needed to pull some F's to cover, right? 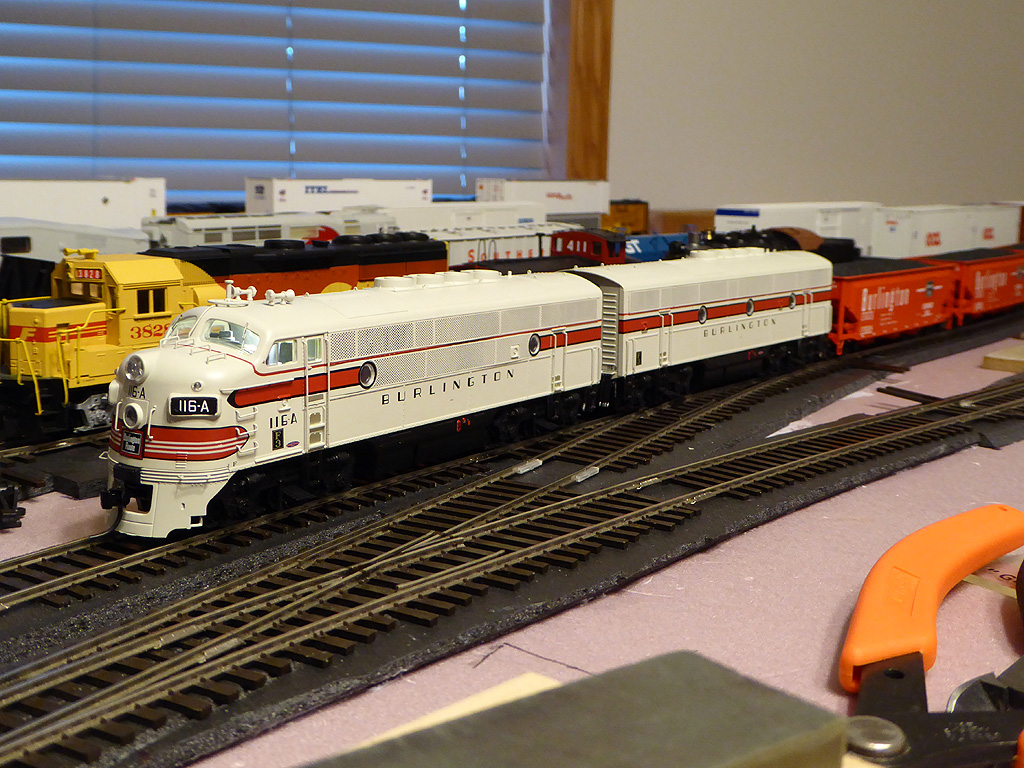 Ah! finally a few more items rolled in today! The RPO does work some mysterious ways under the guise of the USPS....and slow it rolled in at the speed of a squeaky snail.


So 2 boxes appeared on the door step!


1st the long awaited GP-39-2 non turbo EMD in the ASAB livery/scheme. It even came with a little display platform, nothing special. I cannot believe I got the centerbeam car for 20 bucks. No one bid on it.

Anyways I have a ton of other orders coming in yet which includes (2) cases of code 83 flex track totaling 150 feet of track. One batch 16 switches and 8 curves 22" radius switches. Also 6 more freight cars which I will share later once they arrive.

Well if ya not busy pay a visit to JRs UPPR thread & debut of the above arrivals.