The top picture is without lights behind the valances. The picture is taken with the aisle lights on and my single bulb spot light I attach to my IPad Pro. The bulbs in the trainroom are all the same, Cree LED screw in bulbs. 40w Daylight, 5000k 840 lumen. Purchased from HD. The bottom picture shows the LED light bars lighting the north end of my Paper Mill. Ordered from Amazon, Barrina led shop lights at 40w Daylight, 5000k says 5000lumens. 10 48” strips with soft cover. I have a neighbor who will come over with a light meter to check the lumens as the lights seem to match up with the lights on the East end of the Paper Mill that are the fore mentioned Cree bulbs 24” apart. The East end is pictured with the train. All lights are 28” above the railhead. So far I like them and only have 32’ more to go today. 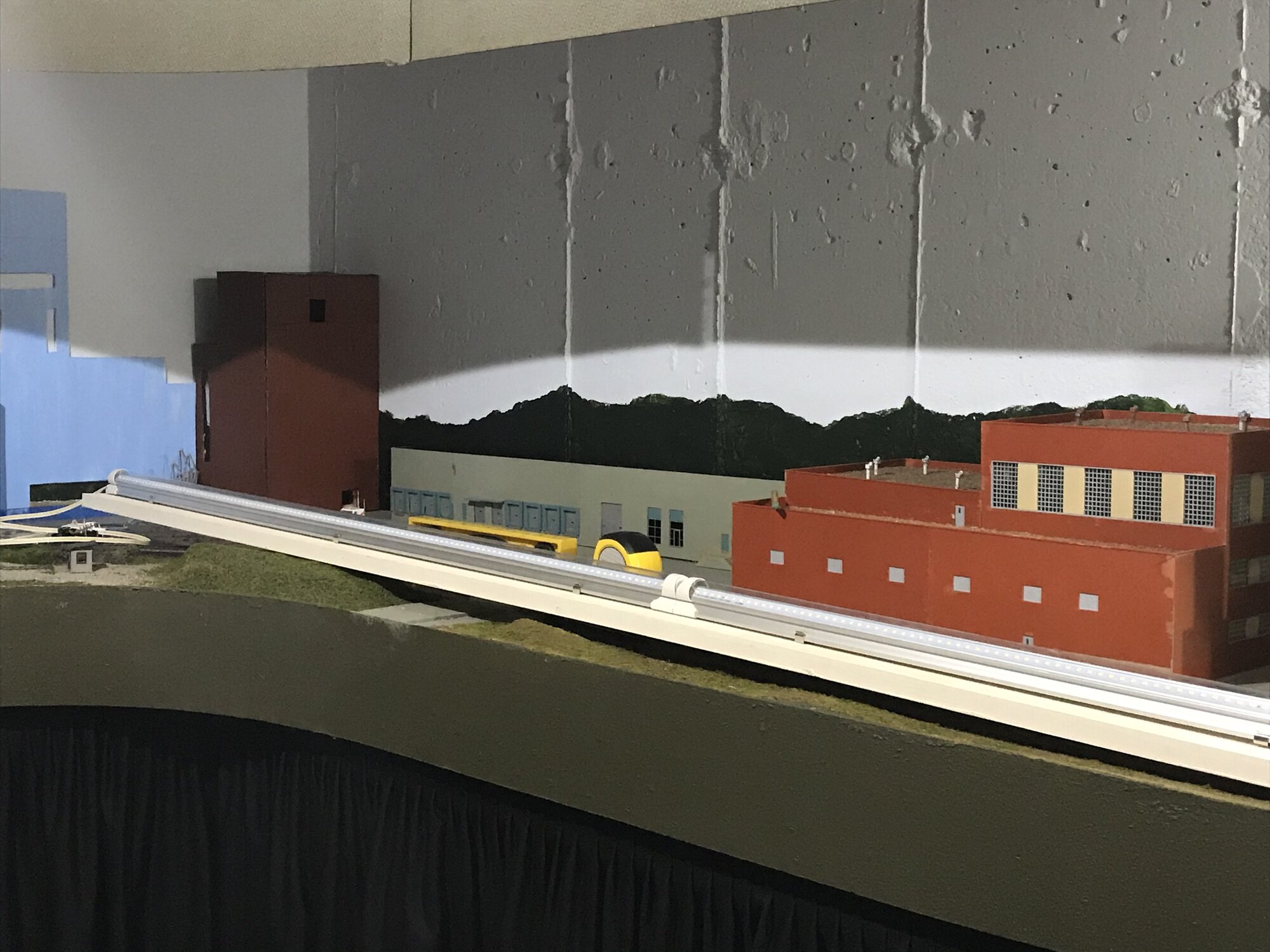 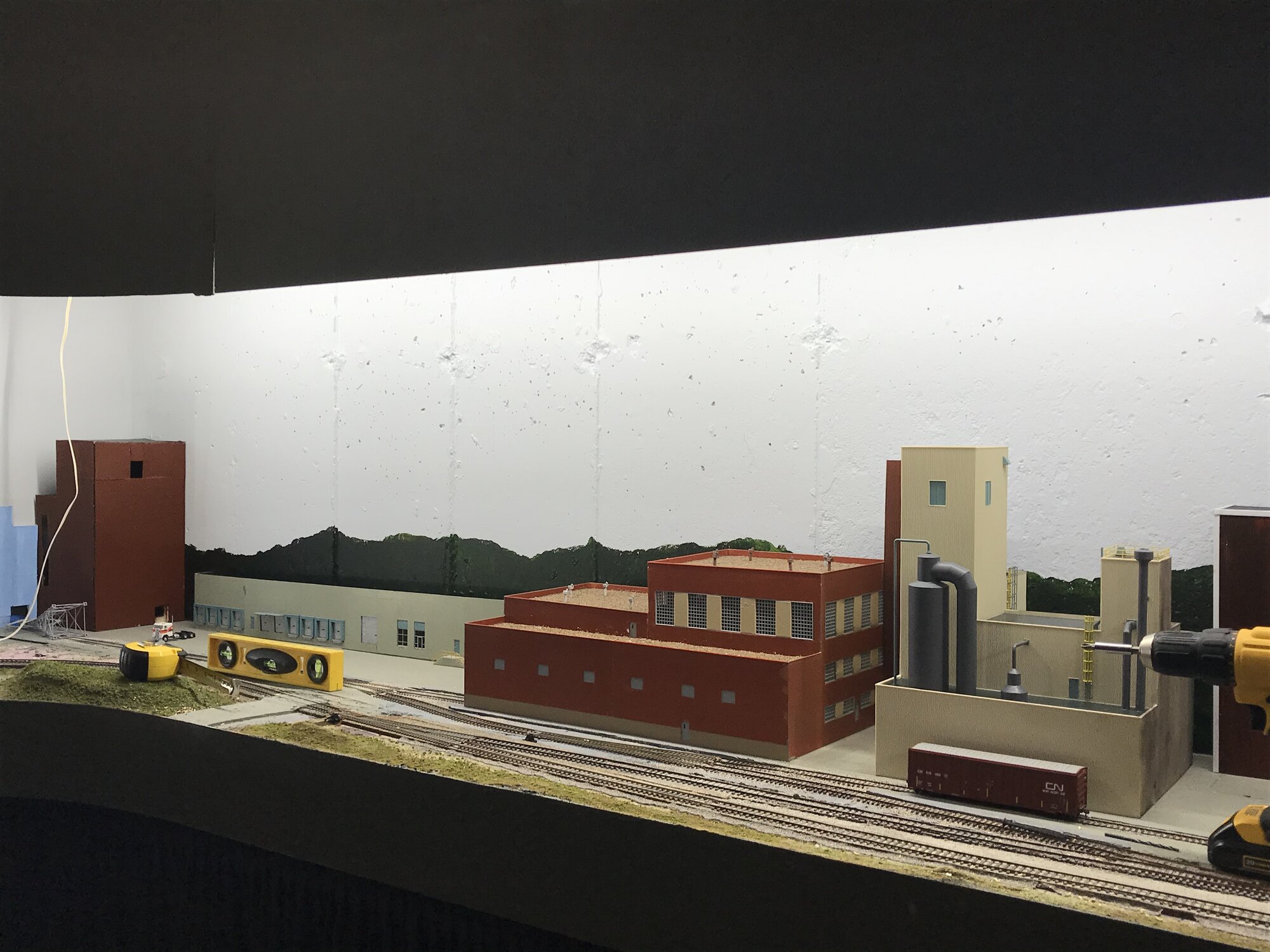 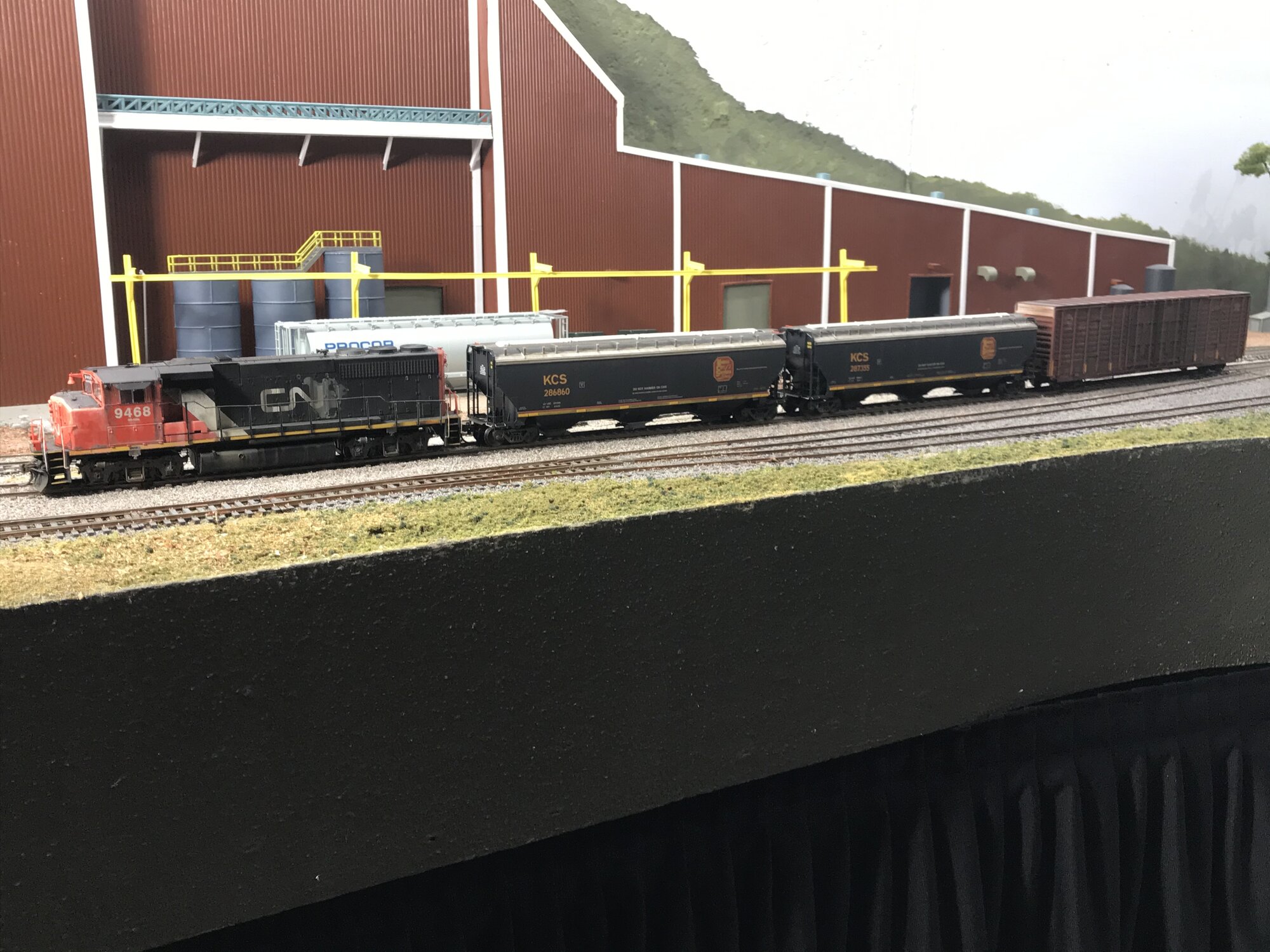 Oh, yeah! BIG improvement! I installed LED shop-lights over the east and west sides of my layout, and LED bulbs in the two fixtures that were already there. Massive improvement! Literally like day and late evening!

flyboy2610 said:
Oh, yeah! BIG improvement! I installed LED shop-lights over the east and west sides of my layout, and LED bulbs in the two fixtures that were already there. Massive improvement! Literally like day and late evening!
Click to expand...

Thank you. I agonized about switching from individual bulbs to the 48” strip light. But except for the lumens they were an exact match. I have had them on for about 3 hours while I installed a couple more and there is no heat. TomO

I installed a bunch of single florescent tubes for lighting, behind a valance, for my layout and MAN does it make a difference. The next lights I put up will be the LED strips like what you have.
B

Brian, I have been experimenting with LED layout room lights for years. 5000k Daylight be they workshop strip lights or Cree bulbs pretty much give the same glow and effect I like. My eye of course is not scientific but it pleases me. As I stated all my lights in the train room are 5000k Daylight. I operate trains with aisle lights off as they add nothing. My lights are behind a valance over my self layout. That IMO is important as it focuses the light to the track head. When I work at the bench my lights are still 5000k and Daylight and the layout lighting is turned off. I know from seeing your stuff all over many forums you really enjoy the investigation into things. Don’t over think lighting. If 5000k or 4000k feels right, it is. I don’t like the yellowish lights that spectrums other then Daylight gives. Lighting can be an investment but don’t mix colors, IMO, YMMV. TomO
B

So I see that utilize some of those LED strips that have clear lens over the LEDS rather than a 'frosted' cover. I'm sure that works well since yours are totally behind that valence.

I have the problem with those that I wanted to mount to the ceiling of my shed (for lighting the upper deck of my layout). I didn't anticipate constructing a valence that large that would project done from my slanted/vaulted ceiling. Thats part of the reason I chose those LED strips with the 'frosted covering', since I thought there would be many times I would be looking directly at them.

I believe I am going to follow more of your advice and try and provide some sort of 'plastic visor' for my LEDs such as to limit direct exposure while giving good light to the decks/trains themselves.

When I first starting looking at this LED technology I got a little confused by the multiple specs they used to describe their lights,...lumens,...watts,...brightness, etc. It now seems to me that this K factor is important,...anything over 5000K is going to have a blueish effect?? I have some 5000K units that are described as 'bright white', whereas I've seen some described as 'daylight',...a little confusing??

But yesterday when I was playing around with combos of these lights to light up a back upper corner of my layout, I became distinctly aware of how the blueish 'bright lights' washed out the nice glow presented by the lower K units. Fortunately amazon has offered me a chance to exchange those 6500k units I purchased for the 4000K units I found to be better.

Amazon is good about take backs if you don’t abuse it. Good for you. My only advice now is use all4000k in the train shed and definitely at your workbench. Install them and worry about a valance or bulb coverings another time. Have fun.