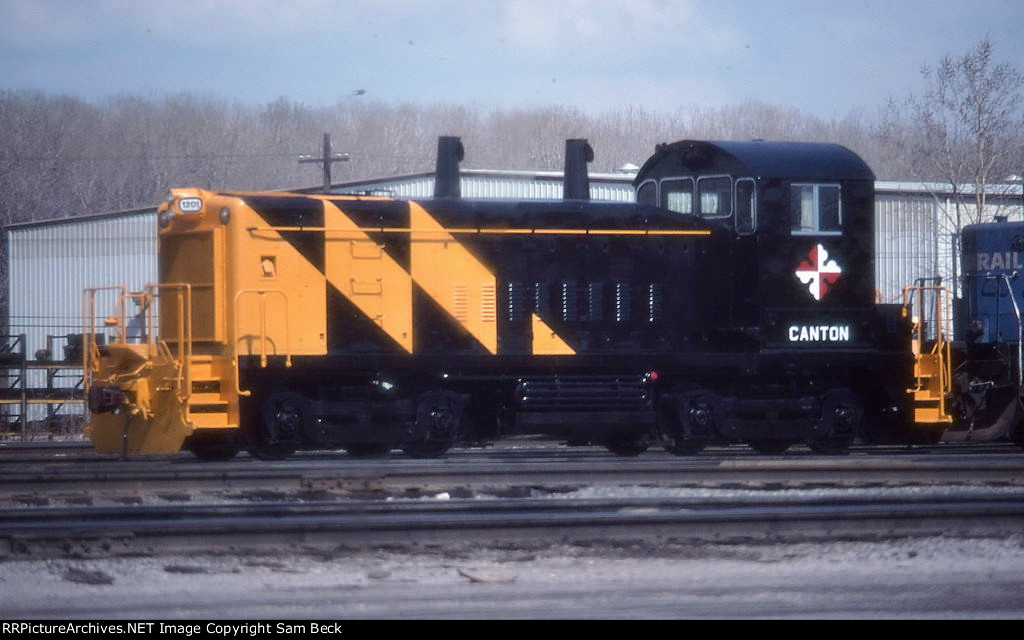 Karl, who makes the decals for that??

wheeler1963 said:
Karl, who makes the decals for that??
Click to expand...

Athearn did a run of them, all dummies, a few years back for the Canton as "promotional" goodies and for stockholders. Occasionally one hits fleaBay, but I have found both of mine locally, one from my LHS, and this 1 at an auction in a box full of Lionel stuff! I had to outbid folks for the Lionel stuff to win the lot with the Canton engine in it!

This one is currently getting its driveline finished and a decoder installed ,,,,,,still waiting on handrails to arrive.
but back to decals,,,I did a baaaaad baaad thing,,,I picked up the last ones cab with my thumb still damp from thinner, and promptly released words from my mouth that would make Lucifer blush. Then I had a thought. place the cab good side down on the scanner, and throw a towel over it. what I got was an actual sized image that I was able to trim away much of, then tile the image on a sheet of decal paper. Instant decal. Recoat the bad side, decal and dullcoat, slight edge touch up with a fine point Sharpie, recoat and install. Looks ok to me! 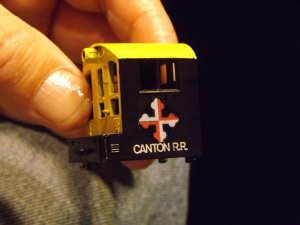 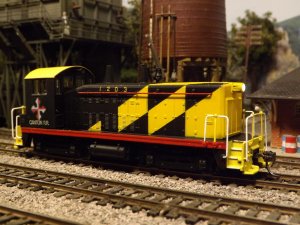 I can always keep an eye out for another one!

OK, I thought it might have been a decal set.

Well if Karl didn't make a few extra, he did a very, very baaaaad thing. 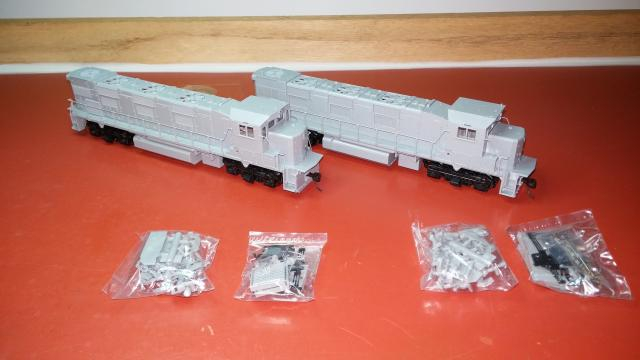 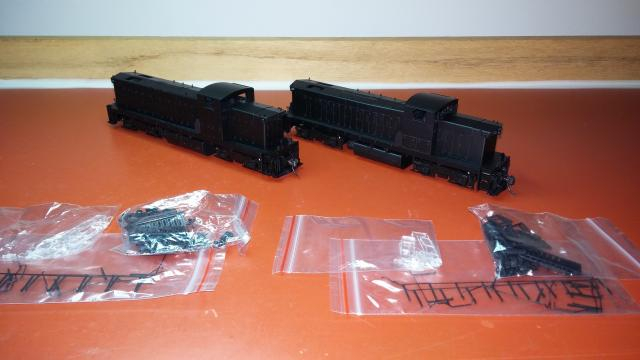 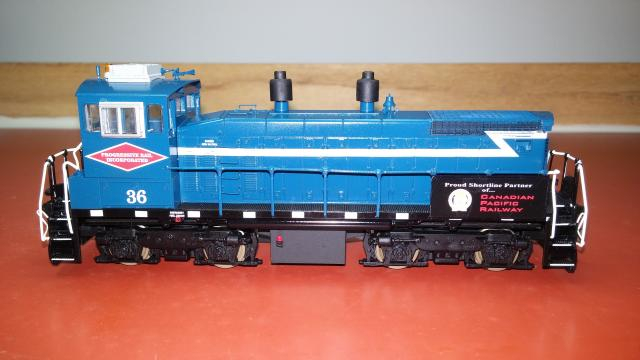 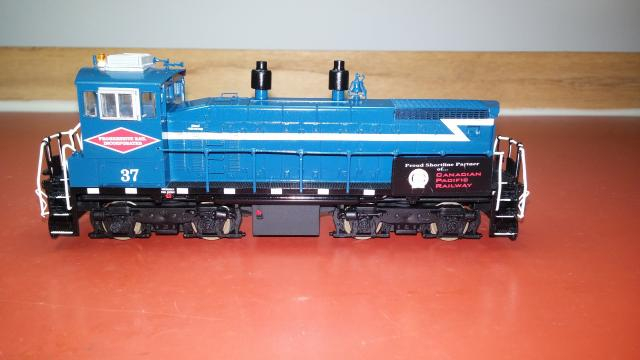 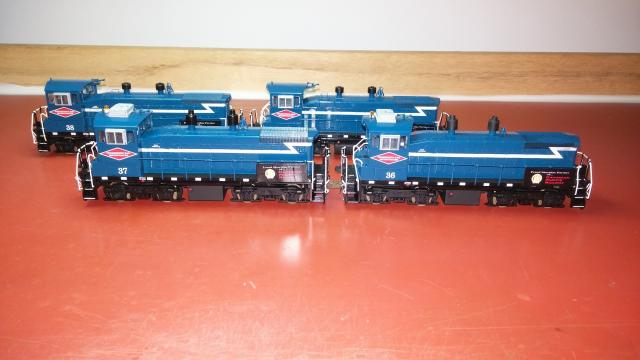 I heard an old song in my head when I saw the trailing Unit...

First layer of paint added to the Gensets today. 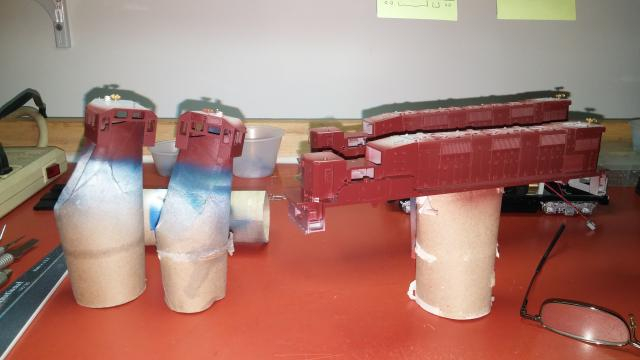 I spy a set of drug store "cheaters" too! Kinda looks like mine! 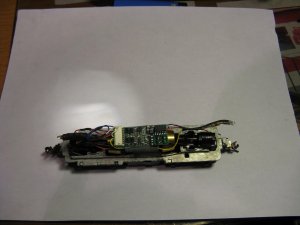 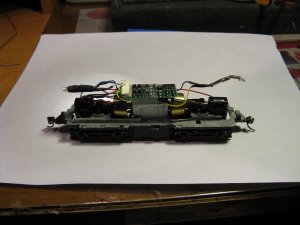 Whatcha gonna do with them thar GMD1's Jerome?
Those Progressive units look great!

Can't do anything without those cheaters Karl. Blind as a bat close up these days. Time for bi-focals I think.

Rick, those will either end up in the A&P blue scheme or a light gray for JTEX, not sure which yet. 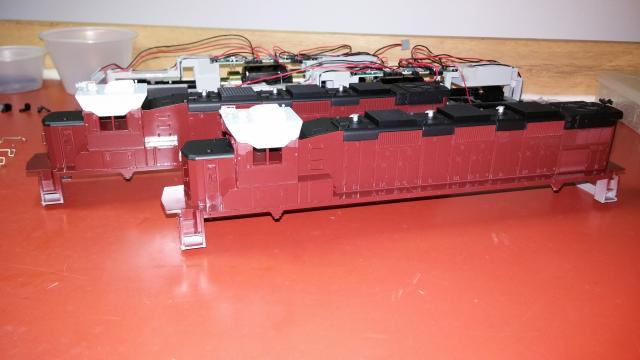 Looking good Jerome, Damn now I see what I forgot to do to those before I sent them. As for the GMD1's I vote for Blue scheme, LOL.

Staff member
For the GMD1's, how about SRY?

I gotta agree with Mark,,,,,love the blue scheme.

Maybe Ill do the next Midget in A&P blue?? Til then, here's the little SuzieQ units strutting her stuff!

yeah, I know I have frame mods to do, but dang,,,,that WAS a dummy unit, its sprouted steel wheels and gears this week!