So my model train keeps coming off the rails at the same spot every time. It seems that there isn't anything wrong with it and we've tried multiple different solutions for it but nothing seems to work. Here's the track that isn't working if you see anything please let me know 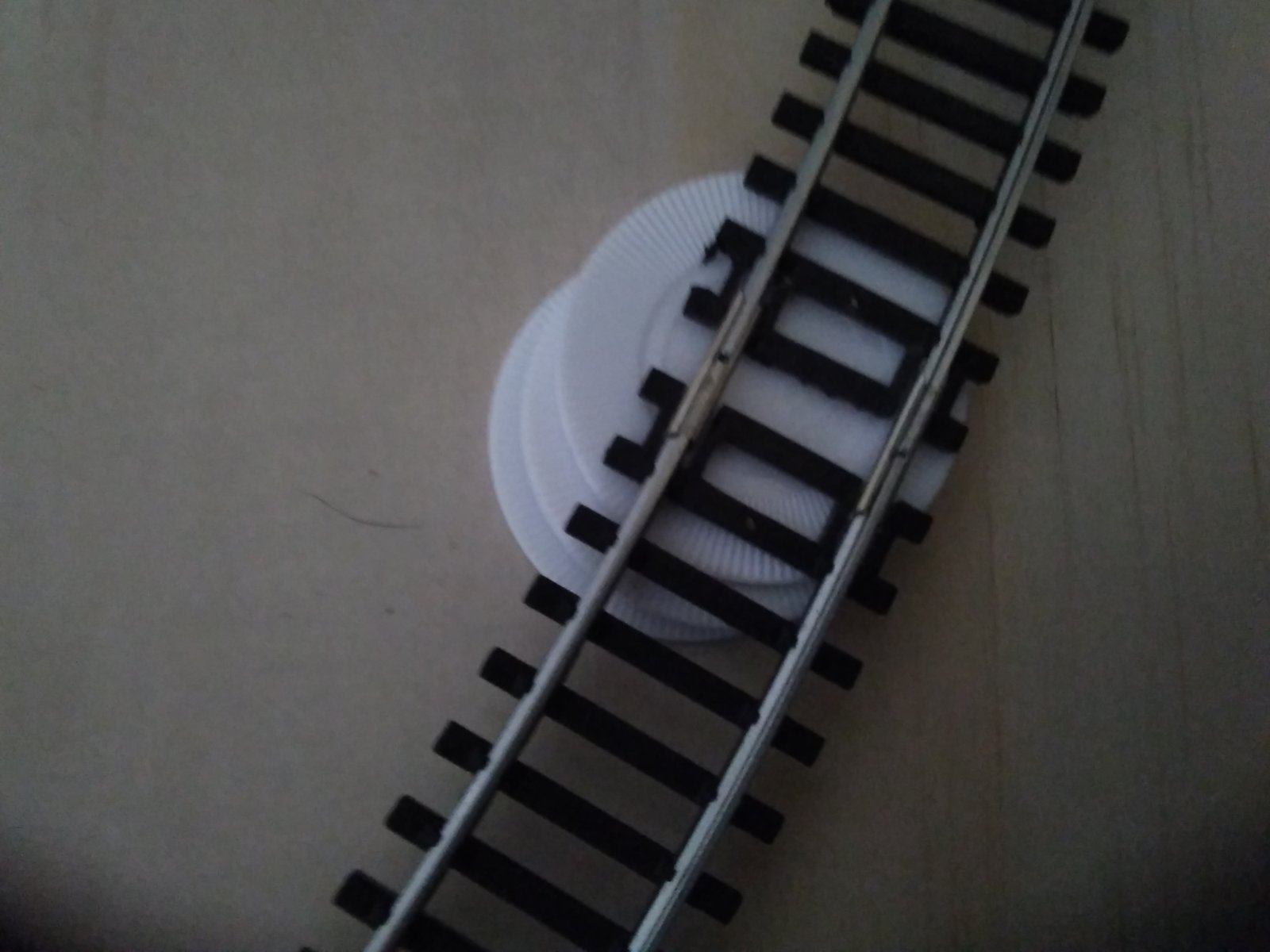 Staff member
There is a gap in the rails where the rail joiner doesn't have them tightly together. The flanges will pick the rail through the gap, and cause a derailment.

Really hard to tell from this picture other than the obvious three poker chips under the joint. If the track is otherwise flat, then the abrupt rise caused by the poker chips would allow the leading wheels of a truck to lift off the track and derail. The gap between the track could be causing an issue, although it doesn't seem too great. Track doesn't appear to be fastened down which will allow for movement both up and down and side to side. This is also two different brands or kinds of track as shown by the difference in the tie width. While this usually doesn't present too much of a problem, sometimes it does. It's possible that one is code 100 and the other is code 83 or smaller. All of the above especially in combination with one another is cause for concern.
Troubleshoot some more. Look at it from track level while a train that derails goes over the section and see if it is flexing in any way. Does it happen with every loco and freight car or just locos or just freight cars. Does it happen in both directions? Low speed or high or both?
These are just a few simple things to look out for. Check them out and report back on your findings.

EDIT - Looks like Terry spotted the gap as I was responding.

Staff member
Depending how much of those tracks either side of the "packers" are suspended in the air and how heavy the locomotives are you are running, I would say you've made a neat representation of a railroad version of a "Dooks of Hazzard" jump ramp. 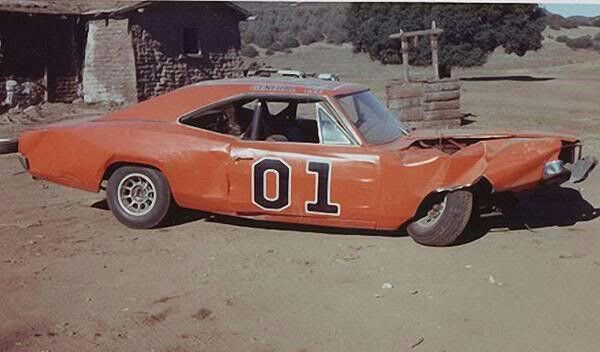 Absolutely incorrect. Those gaps are normal if not necessary for expansion of rails in hot weather.

Jack said:
So my model train keeps coming off the rails at the same spot every time. It seems that there isn't anything wrong with it and we've tried multiple different solutions for it but nothing seems to work. Here's the track that isn't working if you see anything please let me knowView attachment 44270
Click to expand...

bnsf971 said:
There is a gap in the rails where the rail joiner doesn't have them tightly together. The flanges will pick the rail through the gap, and cause a derailment.
Click to expand...

(Not sure what's going on. My statement above "Absolutely incorrect" Is a reply to ' bnsf971' (terry)..)

Are those those white discs under the track when running trains ? If so they're probably lifting the track too high.. Is it the same car or engine which derails each time ? If so, it could be a certain set of wheels are out of gauge (too close/too far apart)..Yet that isn't a foolproof idea either, because they'd derail in many other places, too..
Why not swap or R&R the 2 track sections and see what happens...
Last edited by a moderator: Feb 16, 2020

Did anyone ask why the poker chips??? Also the rail joiners appear to different, could one be for a different code track?

Does it jump going in both directions?
What brand of track is it, and what type of loco?
And yes, what are the chips for?

Staff member
In seriousness, I think a book on how to lay model railroad track might be the best advice that can be offered.

Clearly the issue is the white poker chips. If you had used BLUE, then there would be no problem.

Seriously, though, it's really hard to tell from just that shot as there are so many factors that can go into it causing this issue.
I just fought a similar issue where two sections of track met on a curve. As I was using flex track, the installation wasn't the cleanest/smoothest and it turned out that the inner rail got kinked UP just a touch while the outer rail got kinked DOWN about 1/2 an inch further down the track. Now we're talking maybe 1mm worth of total height difference, but the end results, while not too big an issue for any loco or car with dual axles, would really show themselves when a three axle truck rolled on. The leading axle was lifted just enough while the rear two stayed "level" with the rising track which lifted the flange up and over the head of the rail. As the train exited the curve and met a turn out, the wheel that was out of place would try to take it's own journey somewhere else derailing the train.

Viewing this section from the top, like in your picture, didn't reveal much. Looking at it from the side was were where I was able to spot the issue.

Check for even (level) track. Especially in a curve, if there is an abrupt (or sometimes even not so abrupt) change in pitch, it can really lead to trouble.

MHinLA said:
Absolutely incorrect. Those gaps are normal if not necessary for expansion of rails in hot weather.
Click to expand...

Have you checked the track gauge with an NMRA gage along the track for some distance on either side of the joint? It could be there is a distortion in the plastic ties. You might just cut out the track for several inches and replace it with fresh track. Now that might cause derailments at the resultant two joints, but I'd try that if nothing else works.

The photo suggests several 'possibilities'. Without seeing a side-on view with the camera lens at the level of the tracks, and without knowing if the tracks are level transversely at that joint, it's really hard to say definitively what the problem might be. It could be the obvious kink, too sharp a radius just below the joiners (that's what it looks like to me), or narrow gauge at the joint. But, if the rails are not even across them, the axle can't run across the joint levelly and might lift a flange out of the gauge. Instant derailment on a curve.

Staff member
Why is that "joiner" on the right rail in the photo sticking into the inside of the rail - It looks as if it could cause a flange to catch?

Sherrel I do think you’ve got it!
It looks like the right side joiner isn’t seated on the base of the rail but only catching the inside?
If it were on properly you’d see it on both sides, try rejoining those two rails.

Like Rico said, Sherrel you nailed the problem with the rail joiner. I missed it but saw once I enlarged the photo.

Take the day off with pay.