Appears as though my full scale track planing is NOT infallible.

I had taken this corner section of my track plan out to my 'workbench in the carport', so I could accurately lay out the plan. I was seeking to assure that the radi of those 2 tracks to the rear and the front of the Santa Fe station were as large of a radius as I might hope to get. I thought I had it all worked out that they would both be 27". I even soldered all the tracks together in this form before relocating back into the layout room.

A few days ago when it came time to finish up with joining them to the other tracks running down the length of the room then tacking that all down permanently, I ran into a problem. Perhaps it was just my perception, but I thought I detected a slight kink in the track where the curve met the double curved Peco turnout,..

Since this track is going to see LOTS of traffic from all the different trains I do NOT want to run thru the passenger loading tracks on the other side of the station, it must be perfect,...NO KINKS.
So I proceeded to smooth this out, BUT what I ended up with was a smaller radius curve overall. It was now a very solid good 24" curve. I even got out a few of my larger steamers to test their acceptance of this new curve, and that they did not interfere with the shed's wall surface either.

I thought about this situation for several days now, and I have decided that I can live with this smaller curve for now. If it ever gives me any problems I have a a very broad Shinohara double-curved turnout I could work into this area, and end up with something like a 26" curve at its most restrictive point.

I think I recall that almost all of our HO trains can utilize a minimum 24" curve?

I believe I have discovered one the reasons I thought I might have a kink in that track connection with the Peco double curve. That Peco turnout has a straight section iat the points end,...rather than a continuous curve of track like this Shinohara. Have a look at a straight edge laid next to the two of them,.. 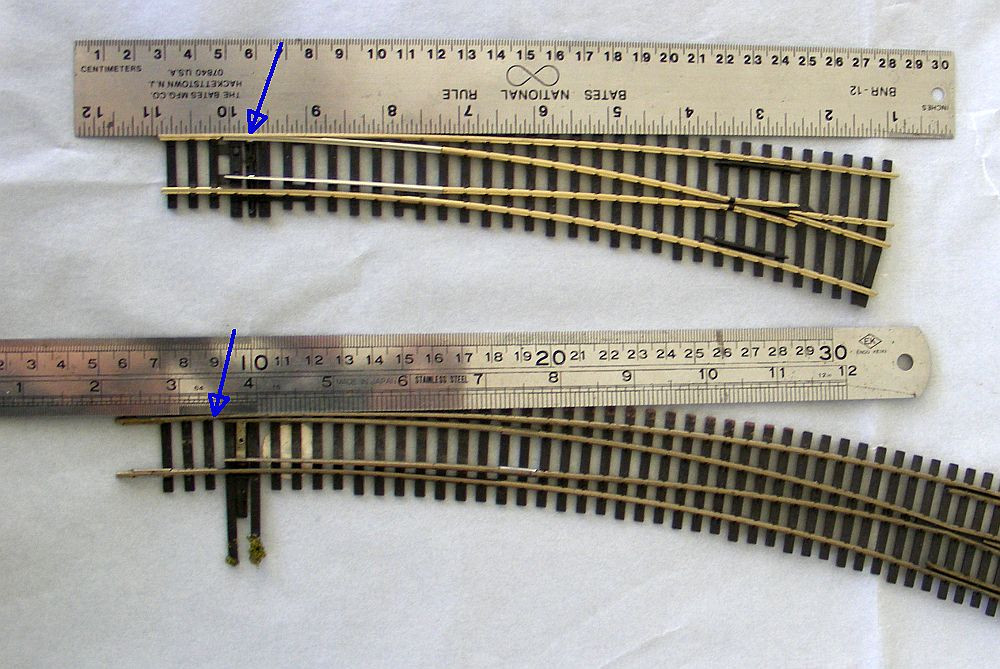 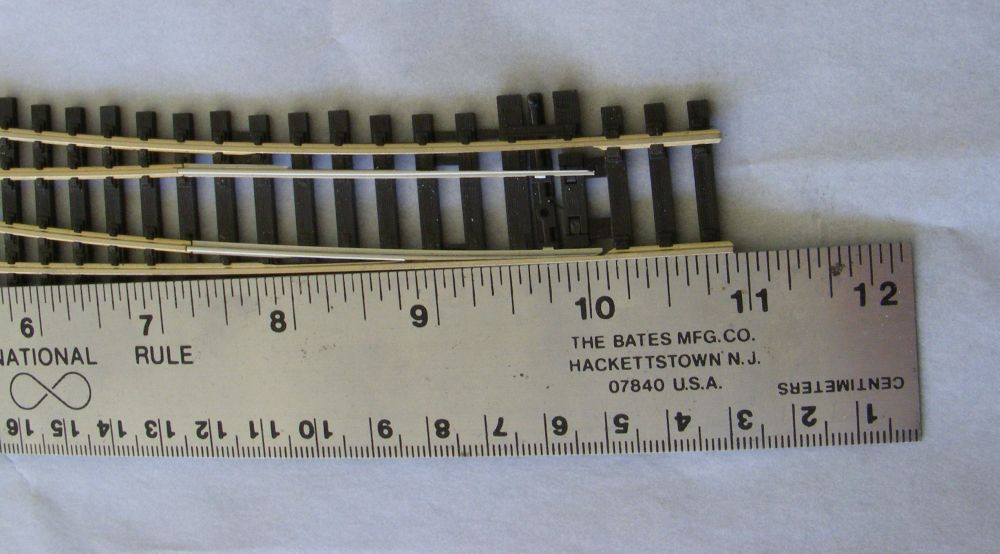 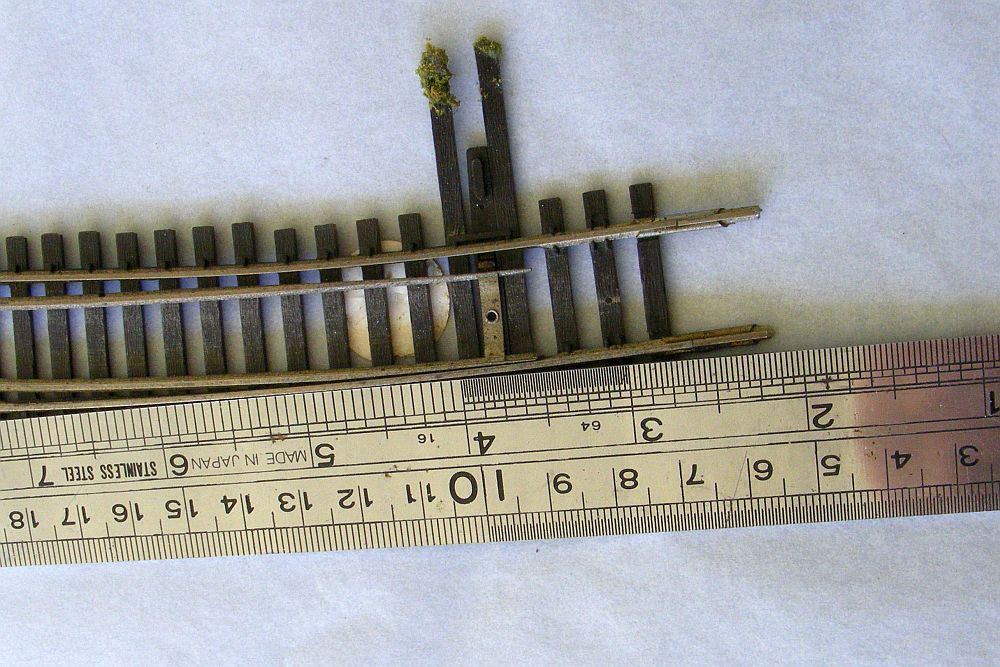 That particular Shinohara turnout is a very large radius one I purchased just recently in case I should need one. If my now 24' radius curve there gives me any problems, I think i can replace the Peco one (30"inner radius) with the Shinohara one with its 27" inner radius.

BTW, that track this curve attaches to runs all the way down to the other end of the room under a view block tunnel behind the train station and behind the west coast container yard. Interestingly I provided 5-6 re-railers along that section of straight track,...just for safety purposes....ha...ha

Brian, that's an interesting note on the Peco track. That could certainly throw a kink in things. I don't have any peco, was that switch advertised as a radius switch like the Shinohara?
B

Prior to Peco's latest code 83 turnouts, most all of their turnouts were noted for constant-curved DIVERGING tracks,...compare to the straight diverging tracks that conform to American standards.

I particularly liked this feature as it allowed for more compact track plans.