Using Graphite on Rail Heads to Improve Conductivity and Operation

I watched a video on TrainMastersTV where Joe Fugate suggests using B4 graphite on HO rail heads to improve conductivity and reduce the gunk, metal oxides) commonly found on the rails and that hinder electrical conductivity.

Fugate suggests that you first clean the rails before using the graphite. Once cleaned the B4 Graphite is applied along the top inner rail head using the bar of graphite and only one pass is made. The graphite is highly electically conducive and as the locomotives run on the treated rails Graphene is released and forms a coating on the top of the rail. This coating is highly conductive.

Fugate claims that using the graphite reduces rail cleaning to once a year. B4 Graphite is avaiable on Amazon.

Have you ever tried using Graphite in theismanner? And if you did, what were your results.

Yes I use the graphite. MRH and JoeF have been touting the use of graphite for years. I have been using it now for roughly 4 years. I clean the track per JoeF instructions and have applied the graphite. I have had no issues. I clean once a year or after ground goop has been applied in the specific area. However, I used to run daily at least 15 minutes a couple times. Now, I run maybe 2-3 times a week for a total of maybe 3 hours. As of yet I have not noticed an increase in dirty track. I clean my Locomotives once a year or when I have them at the bench to be worked on. There has been a definite lack of dirty wheels. I feel the graphite has done that. Graphite was purchased at DickBlick.com and I thought it was inexpensive. If nothing else, try it.

Tom: I ordered a batch of six sticks from Amazon yesterday and the order has been shipped. I'm glad to hear you're having success using the Graphite.

Greg@mnrr said:
Tom: I ordered a batch of six sticks from Amazon yesterday and the order has been shipped. I'm glad to hear you're having success using the Graphite.

Greg, do you have a link to that video?

i would get the B2 pencils as they should have less clay in there [being softer], and also get the 'carpenters pencils' as they would be wider than the railhead, and stay in place easier ... just my opinion [i have never done this] ..
i'm a strong supporter of NoOx ID ...

I don't know about graphite, and I personally can't say I'd want to add more black junk to track, but North Metro club has been using a similar theory with Ford Motorcraft brand ATF oil on the layout. It seems to be beneficial without any mess. The Track Department chairman took the Wahl clipper oil idea and changed it. Apparently only Ford brand Transmission oil is electrically conductive, so don't run out and get anything else.

No initial deep cleaning is necessary, but of course it won't hurt anything. The oil is supposed to keep crud from building up on the railhead, and it definitely helps with conduction.

This discussion will be (I predict) like 'What brand automobile is the best?' 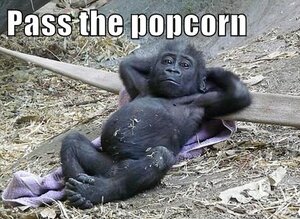 The video is on TrainMastersTV a pay for view series of videos on construction, operation, detail etc that I paid something like $9.99 for six months and it's worth the price for the videos.

Here's a link to a preview of the actual video.

The graphite sticks have arrived. Now to try them in sections of the track that haven't been ballasted.

i don't see how the graphite would reduce corrosion, except to -maybe- cover part of the railhead ...
none the less i'm curious as to the final outcome ..

The graphite has zip to do with corrosion. It is for electrical conductivity. It’s great for me and seems to keep the rails cleaner.

It is said that less arcing occurs, hence the cleaner rail.

Staff member
It forms a very thin film on the rail which reduces oxidation. You can verify that by wiping your hand over the rail and see if you pick up any grey coating. The trick is to be conductive and prevent oxidation. What I don't like about graphite is that it gets everywhere and can cause random shorts.


TLOC said:
The graphite has zip to do with corrosion. It is for electrical conductivity. It’s great for me and seems to keep the rails cleaner.

Staff member
The local model railroad club that I'm a member of did a scientific experiment with the ATF fluid. I think it was something like 6 months long, and they closely monitored things and documented it. The conclusion was that it works very well. You only need a tiny amount, a couple of drops, and the rails and wheels have to be clean or you'll end up with a gummy mess. But if you start clean, things work well.

Bob, thank you for your insight on using ATF fluid to maintain HO track. I have several questions that would like to ask you or the Forum members regarding the use of ATF fluid.

You indicated that the wheels of the rolling stock must be clean. I run a lot of pieces of rolling stock and would a visual inspection of the wheels be sufficient? I realize that locomotive wheels should be cleaned in any case. On a medium sized or larger layout, how are the less frequently used yards and even lesser used spur tracks get treated with ATF?

DakokaLove39 wrote in this Thread that only Ford's ATF fluid has the electrical conductivity that is needed when using ATF fluid for track maintenance.

I'm looking forward to your experiments with the graphite.
D

bob said:
What I don't like about graphite is that it gets everywhere and can cause random shorts.
Click to expand...

Another possibility is not only shorts, but resistive action between rails. If a certain but fairly small current flows, it could trigger a block occupancy detector. A turnout could be a danger spot for that. Oddly, the only "alt" track cleaner ever recommended to me was simply isopropyl alcohol. In careful amounts on a rag, it never dissolved anything on me. But that wan't the 99% stuff. You have to wonder about the wisdom of applying anything to the tracks, that will burn your hands. . Anyway, with that slightly strange recommendation came a very gentle application of some light oil, as a long term electrical conductivity preservative. Now this may seem beyond counter intuitive, maybe kind of crazy. I mentioned it in a club once, and was made to swear I would never do it to club tracks. But oddly, I used it at home and it always worked brilliantly. I could run every day for a few days between cleaning. The key is to clean gently with the right pad, a modest amount of cleaner. I don't bother with the oil any more, but I think I can actually see it's not as good without it.

My own theory, the oil mixes with the conductive oxide to make a microscopic paste. The springiness of the paste fills micro gaps between the wheel and track as it moves. At least, it helps. But I fully understand that some people would balk at almost any substance to be applied to a given layout.

What I am given to understand, is that the oxide of nickel silver alloy, is conductive. So, to a reasonable point, it can oxidize and not block the current too much. Brass is not like that, the oxide is a good insulator. But non-conductive gunk or chunks on the surface of the tracks will block anything. So this environmental dust and dirt has to be removed from time to time. You can judge oxidation by looking at how much black colour is on the cleaning rag - that is generally oxide.
Last edited: Sep 19, 2020

I recently tried some Corrosion X. So far so good.

I've been using graphite for almost 20 years now. I was first told about it by a guy in the UK who ran his layouts at shows and exhibitions 5-6 times a year were failure was not an option. His take, which I followed was before using graphite for the first time, thoroughly clean all track and wheels completely. Then, using the purest graphite stick you can find rub it along the top and inside edge of each rail for about 3-4 inches. If your layout is very big then obviously you'll have to do it in a number of spots. But this is really a true case of the " less is more" theory. It really does improve conductivity and reduces the amount of cleaning required.