It's not really as complicated as it looks.

It's been a hot, humid, muggy day here in Lincoln, Ne. Perfect excuse to hang out in the basement and work on the railroad! Not that I really need an excuse...
I've been working on a number of different projects. When I get tired of working on one thing, I switch to another. Maybe that's why the hurrieder I go, the behinder I get!
I got the double crossover installed, wired up, and tested. So far, it works perfectly! I do not have the main power bus hooked up, haven't even installed the PowerCab yet, but that should not pose an issue. 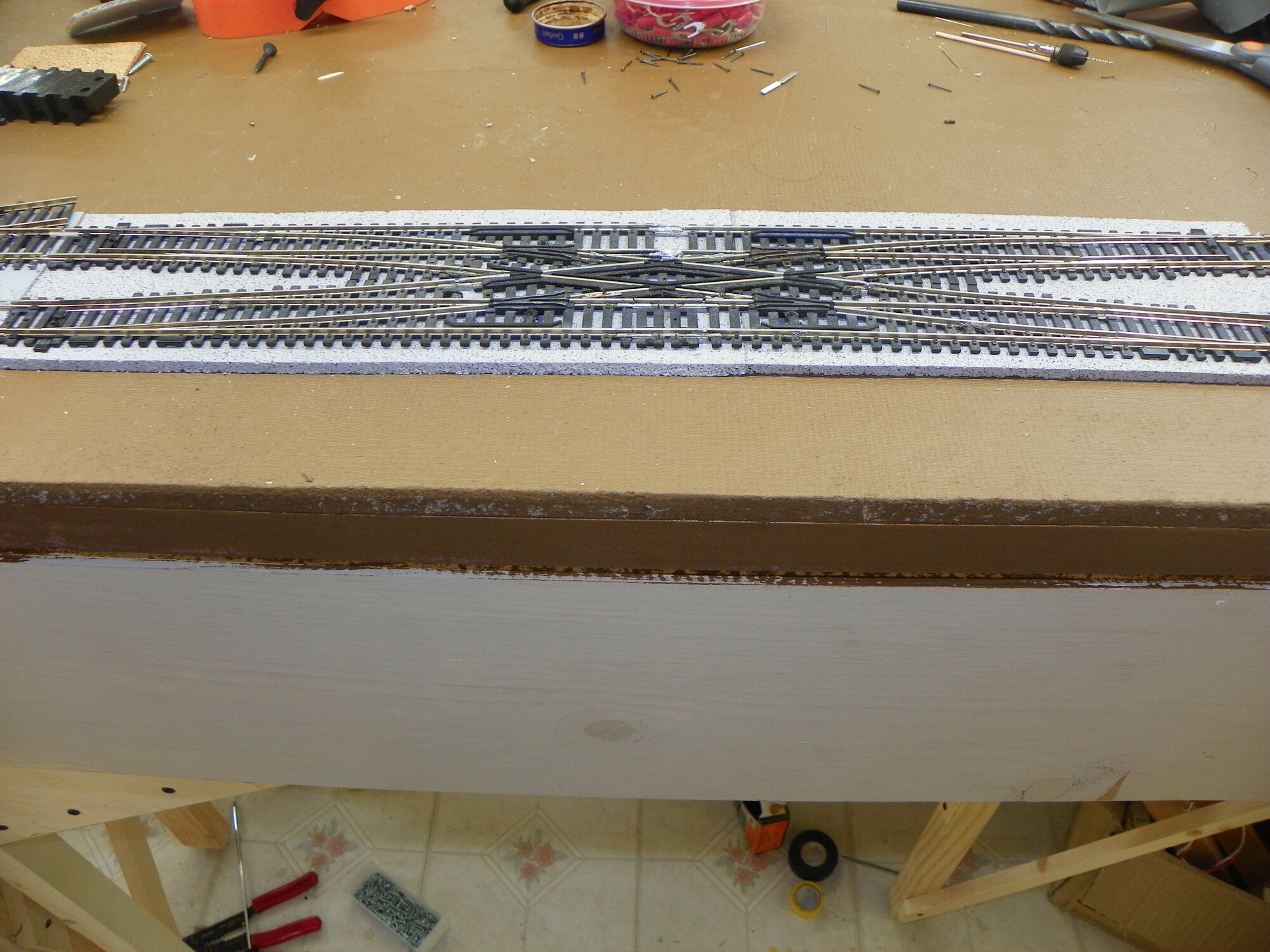 I have the roadbed and track for the interchange installed. The tunnel liners are a piece of Plastruct random stone sheet I painted with gray primer and then used a black acrylic wash on. They are just bent and slid into the tunnel. The two bottles are there to hold the portals upright for the pic. The 2-6-0 Mogul is an IHC unit, note the pizza cutter wheel flanges. The date stamp on the inside flap of its box reads 9-2004, so it's not a new model. It is "coming" onto the layout, while the caboose and the cars ahead of it are "leaving" the layout. The interchange trackage will not be powered, it's just for show. 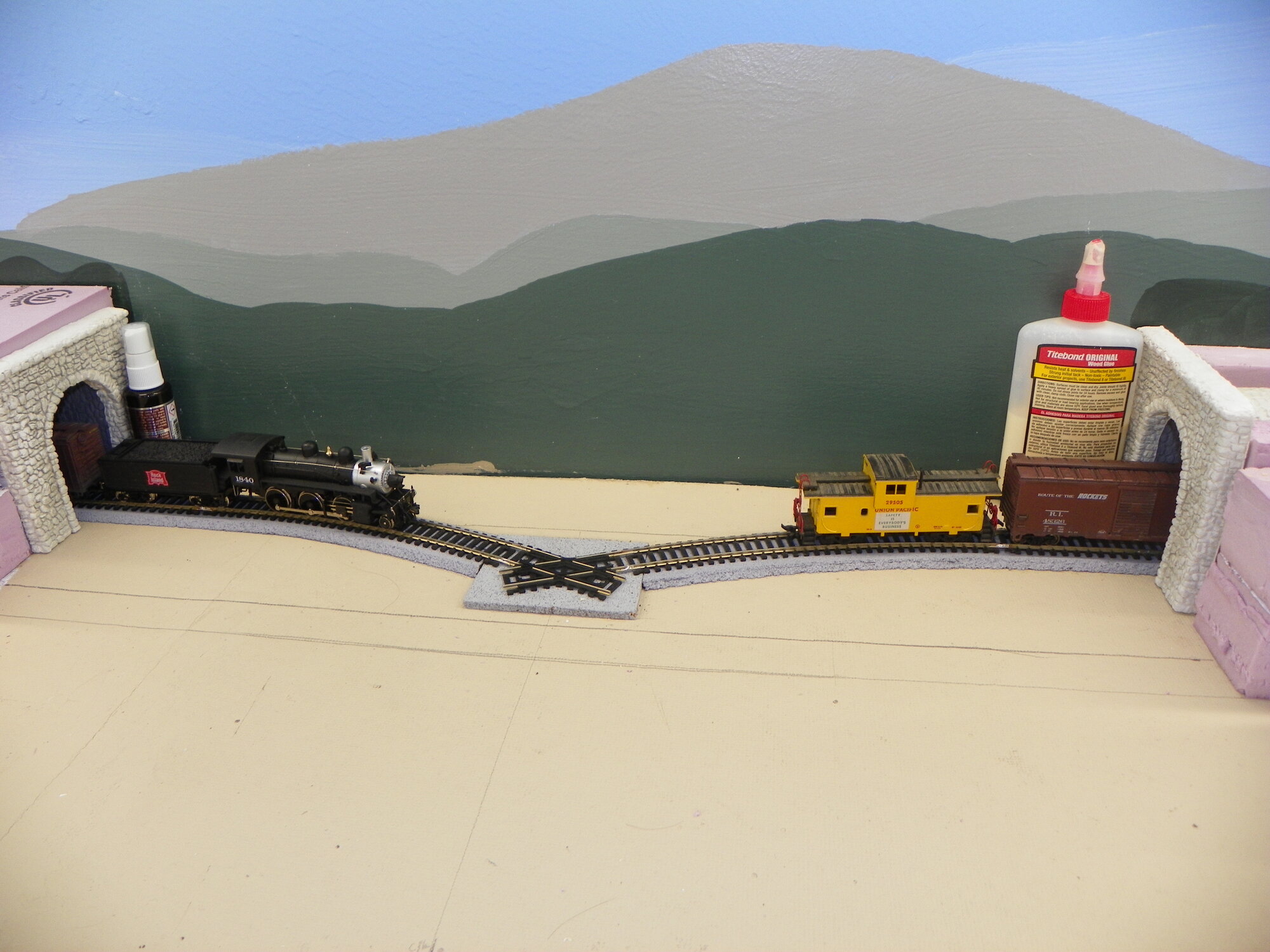 I've been laying out the transition curves for the outer loop. The outer loop will have a 28" radius, the inner will have 26" radius. Here I have marked the transition curve with a sharpie, just to make it easier to see. Marking with ink directly on the layout is not recommended. If you use alcohol as a wetting agent for ballast or scenery, it will bring the ink right to the surface. The only reason I did this here is because the Woodland Scenics 2% incline will cover this. 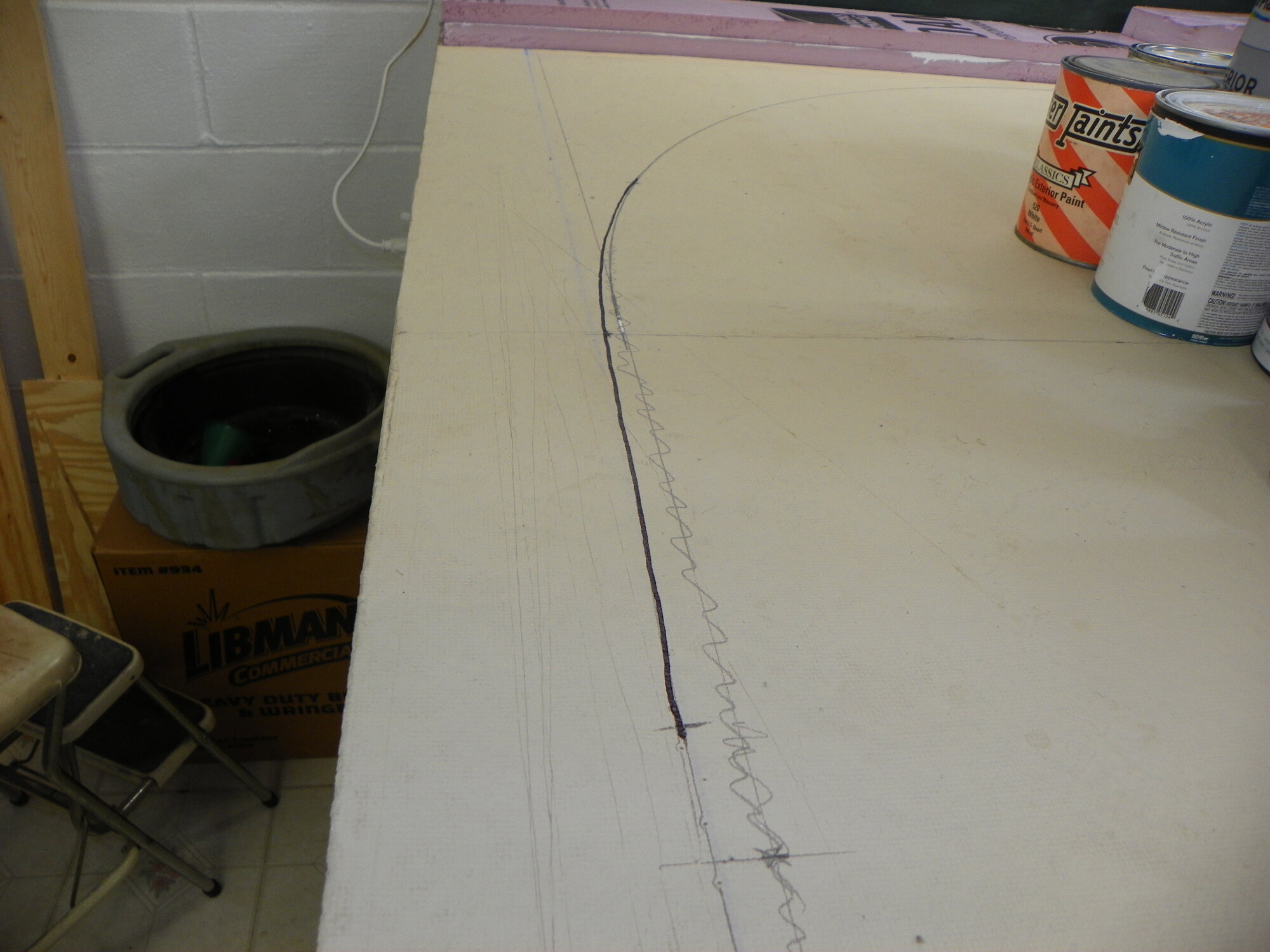 For those who don't know what a transition curve is, Ron Marsh does a good job explaining it.

I do not plan to superelevate the curve's, though. I will have a transition curve coming into the curve and going out of the curve. This will leave a straight space of 1-7/8" between transition curves! 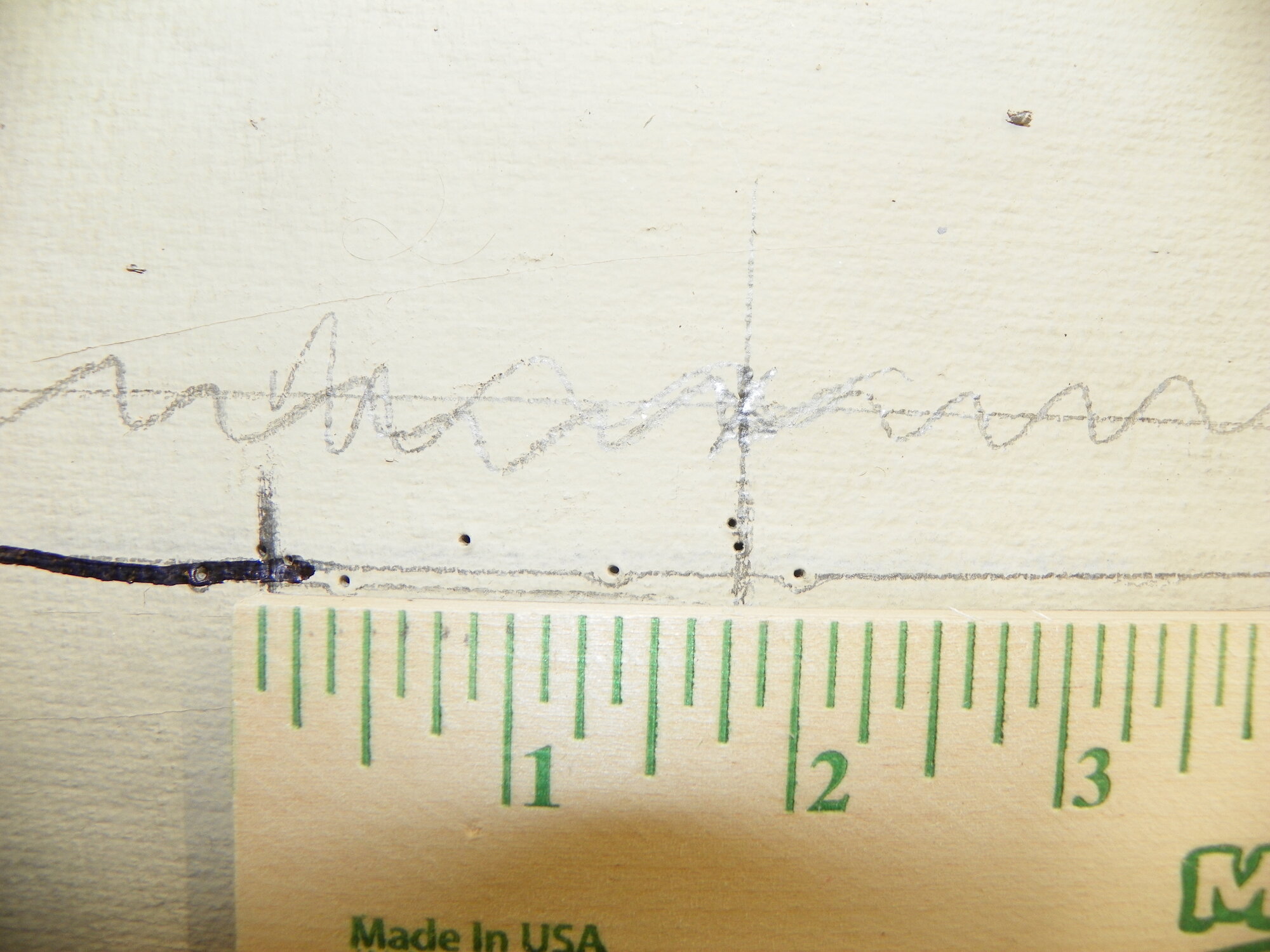 The Woodland Scenics inclines are 2-1/2" wide 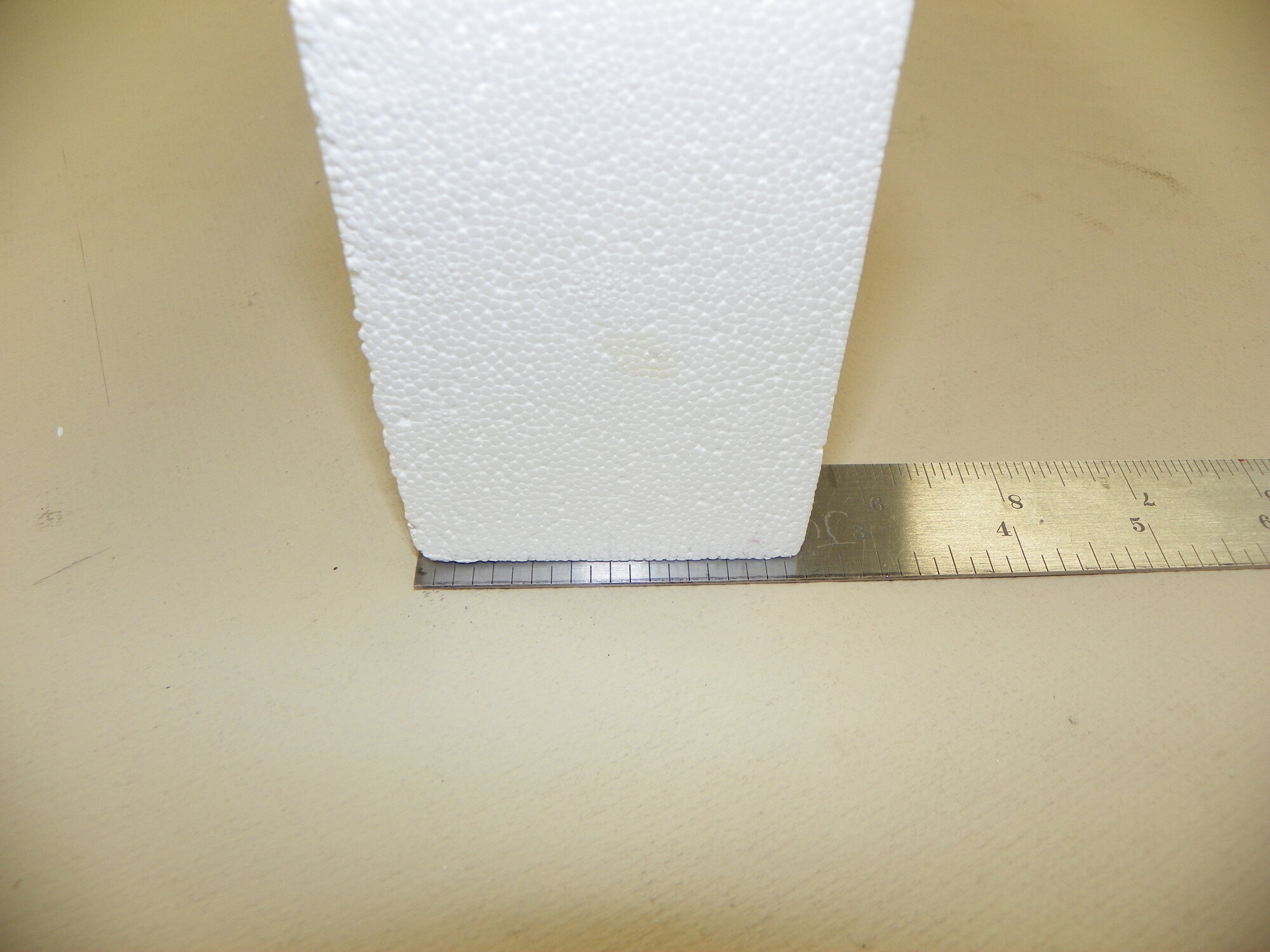 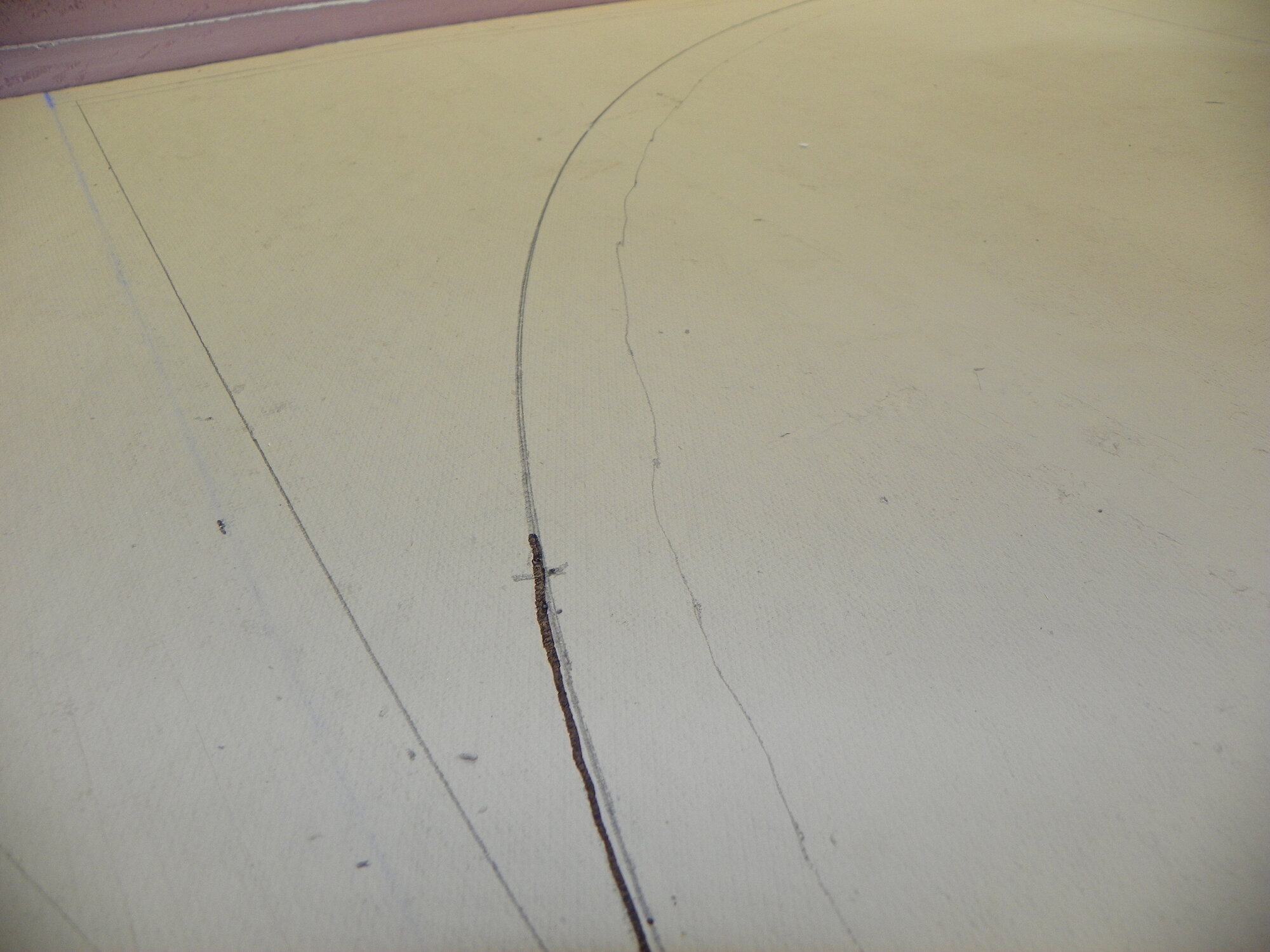 Then it was time to start gluing down the inclines. I'm using some LocTite adhesive caulk I had on hand. It is foam friendly. I started at the 4" end and am working backwards around the curve. The 4" end will butt up against a 4" foam riser, which is 12" long. This will give a flat area before the train starts over the bridge, otherwise the train would come immediately off the 2% incline and onto the bridge.In some situations that may be unavoidable, but I have enough room to install a flat space. 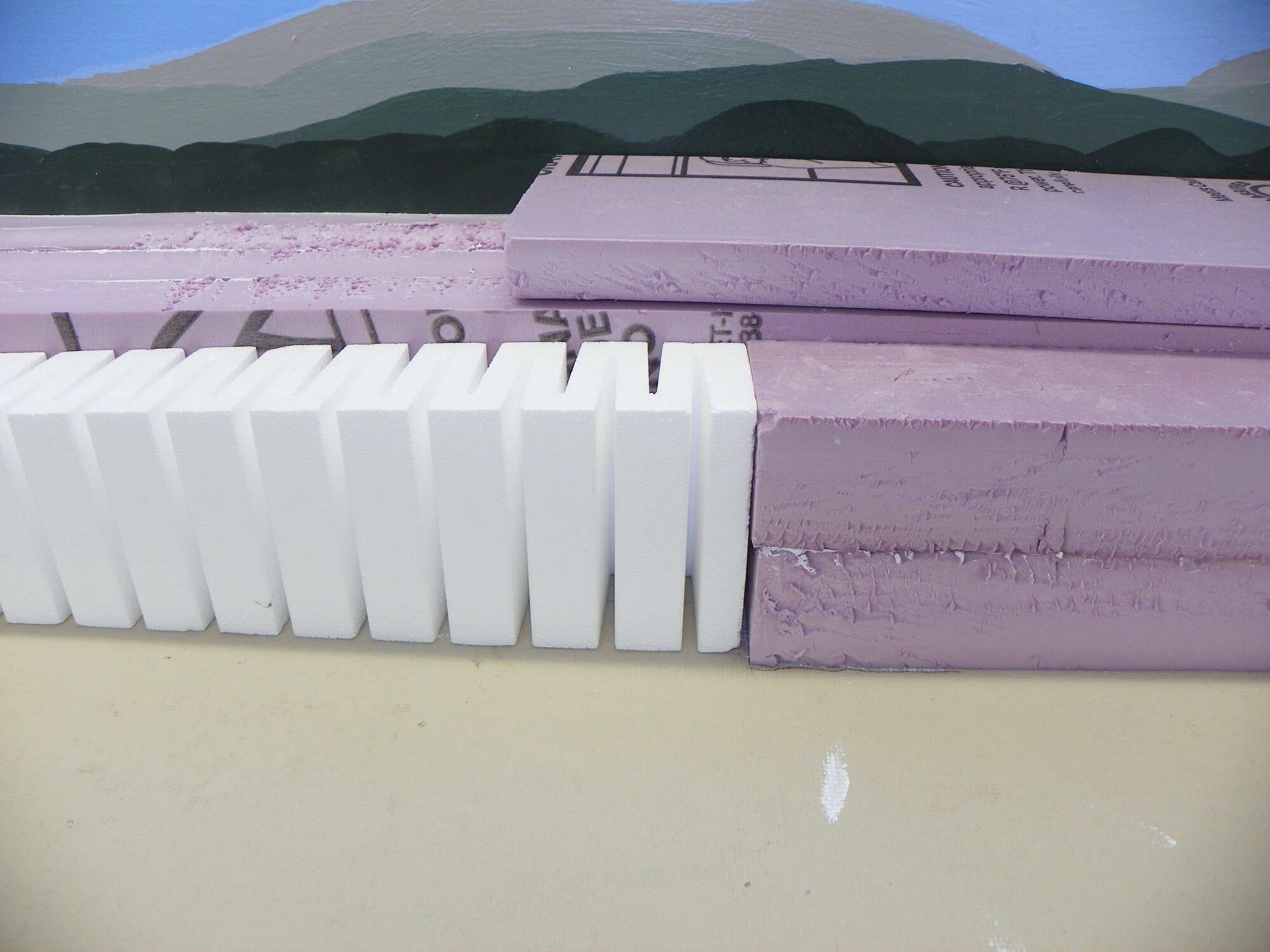 So far I have 4 out of 8 incline sections installed on the south side of the layout. 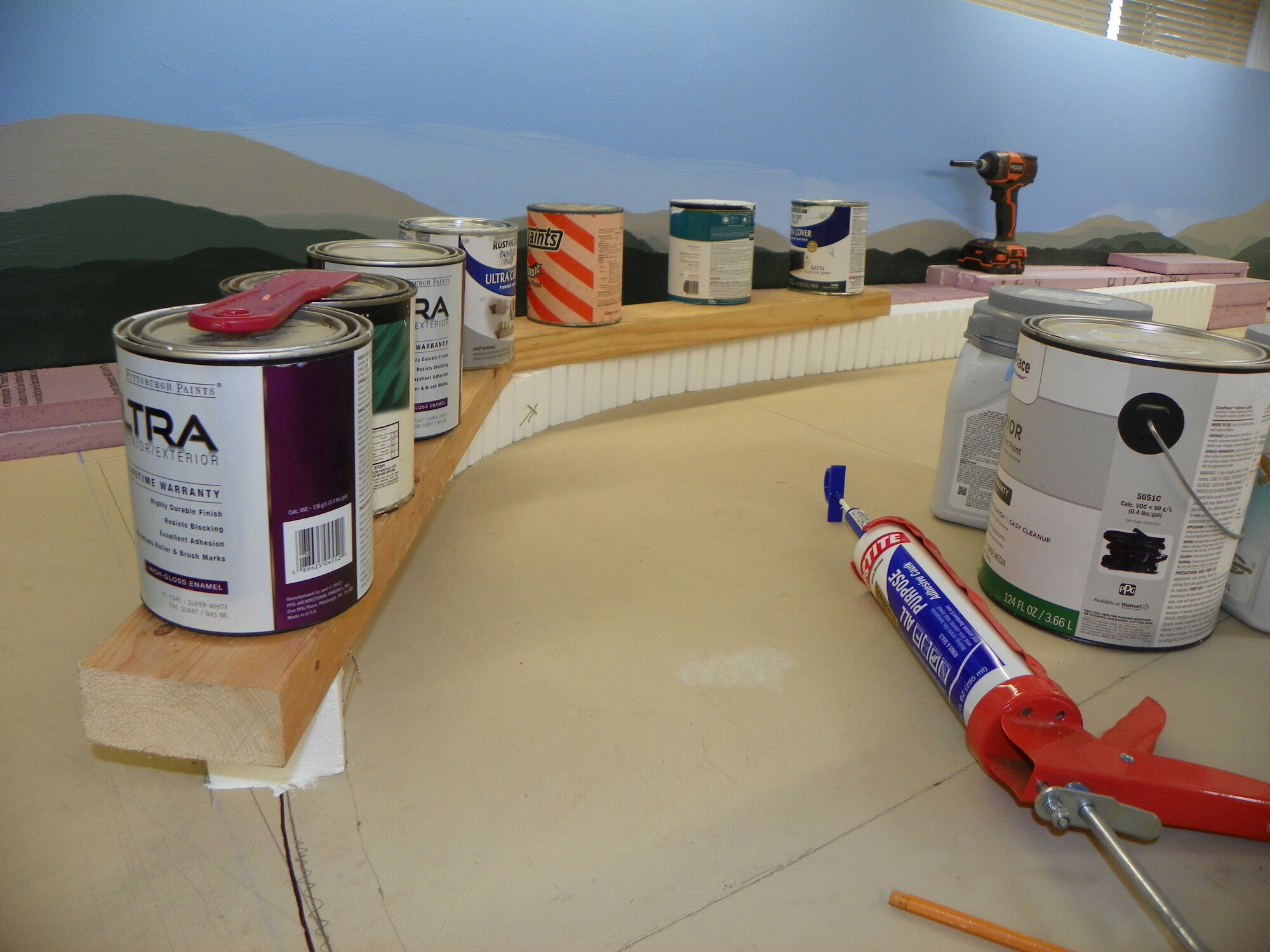 I'll finish this up tomorrow and then start on the decline side. Once the foam incline/decline's are in, I'll fill in around the outside of them with extruded foam. Then I'll shape the extruded foam and cover everything with plaster cloth, followed by some Sculptamold. Then comes rock castings and painting. After all of THAT, I can lay the sub-roadbed and install the track, tunnel portals, bridge abutments, and bridge. Then run a train around the outer loop!
Still a long way to go!