Show and tell: your electronic panel

As I turn. Y focus to the electronics for my layout and learn more I find myself curious on how others are doing things. There are some things that are common no matter what DCC system you use. That's more of what I'm looking for. I don't want to start a thread where everyone talks about their DCc system is the best. Let's see how you wire, power, and connect all those components used. Feel free to mention your brand of DCC used and mention those things that are specific to that brand. Just remember this is a show and tell about electronic we all can use not a chance to push or bash a DCC system.

Looks like you are pushing me to finally fix my desktop system. It has all the photo editing software (including the Nikon RAW to whatever) and suffered a hard drive crash. I installed a new hard drive and tried to reinstall everything from a Windows generated backup. That was a gigantic failure -- Windows flatly states "This is not a valid copy of Windows" and nothing works. Microsoft has been no help whatsoever. So I now have to re-install everything by hand, something I've been putting off for a long time, since its a real pain in the a**. So as soon as that gets done, I'll post some pictures of my electronics.

As an aside, I'm using a Lenz system. It was a Christmas present from my son, it works on my small layout, so I see no reason to change. And I think both NCE and Digitrax are great systems.
R

I don't have have an electrical panel as such.
I use TrainController and my laptop.

My DCC control center is Digitrax and RR-Cirkits boards for block detection and turnout control .

I bought Digitrax just because when I got started it was the one most mentioned.

It may not be the best.
Works ok for me.

Dale,
I too use Digitrax. I went with this because the local club used it and I can't see buying a new system just because. Digitrax works and does more then I'll ever need for my home layout.
How large is your layout? What booster are you using for your layout? I would love to know about the RR-Cirkits. How did you end up with those? And how do they control the switches? Do they work with DCC? Maybe, need to start a new thread for them alone.
I bet your sorry you answered this post now with all these questions. LOL I just like hearing what others are doing and keep conversations going. after all, thats what this forums stuff is all about.

about the only electronic panel I have is just rocker switches with indicator lights for each section [a total of eight] ..
I model 1890 logging, so nothing more than manual ground throws ... no lights, no signals, no worries

I have a digitrax DCS 100 and a DB100+ running the railroad. Half the circuit breakers are on the command station and the other half are on the booster.

Sent from my SM-T810 using Tapatalk 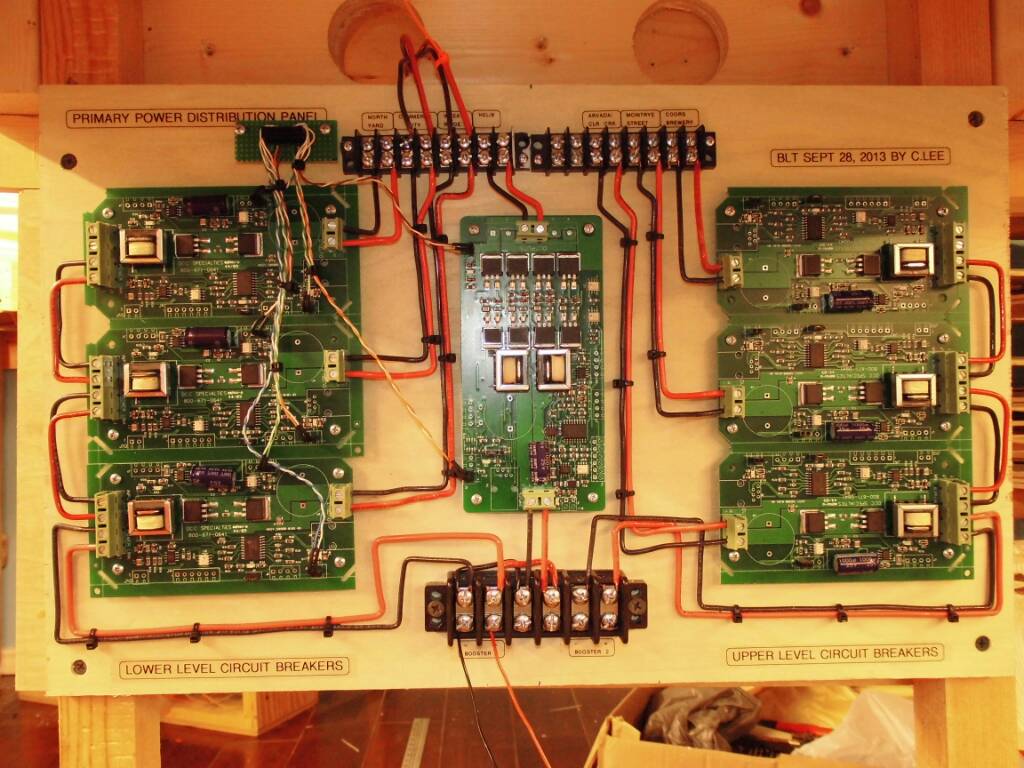 Sent from my SM-T810 using Tapatalk

This panel controls the route at the top of my helix. It throws the switch, powers the frog for the route and lights the switch's indicator which can be viewed on outside. 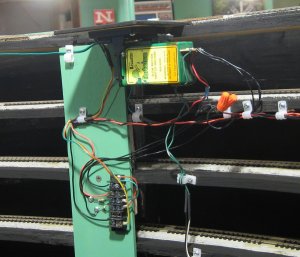 Here's a recent picture of my main panel. Just got the ESU EcoS installed with a matching aluminum trim plate .... 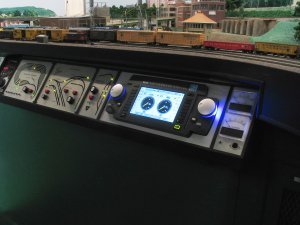 Mark and Renegade I thought I kept things neat and in order you guys go beyond that.