Montanan I will get some pictures for you. It's just tracks and trains, but it has kept me amused all afternoon.

Phil I am having a great time with my new trains!


My Grandson who helped me build the bench work came down to the basement after school and happily exclaimed "It's a TRAIN!!!!" That made me even more happy than I already was.


BigE how are you feeling today?

Bruette said:
BigE how are you feeling today?
Click to expand...

Glad to hear you're alright, but I would have chosen the rib eye. Is it on the menu tonight?

montanan said:
Glad to hear you're alright, but I would have chosen the rib eye. Is it on the menu tonight?
Click to expand...

You bet!! With red potatoes smothered in butter.
I was just too lazy to bother cooking yesterday. Anytime someone else cooks for me, it's a treat.
Such is the life of a hermit.

Normally I would go with the rib eye as well, but I can relate to not wanting to cook sometimes too. Case in point, I had red hot potato chips and pretzels for lunch today because I was too busy playing with my trains to take any more time to fix a proper lunch. My blood sugar is good so all is well It's not what you eat but how many calories it is that counts for blood sugar. Even still I don't recommend chips and pretzels for every meal, but this was a special occasion.

Sounds good to me, but with a beer. (Yes, I like my beer) We're having chicken something. What ever is in the crock pot, but sure smells good.

My daughter made her "world famous spaghetti" as my grandson calls it.

Montanan if you are ever in Baltimore stop by, I always have a cold beer in the ice box for guests. I only drink a beer or 2 on the 4th of July or other occasions, maybe 6 a year total, but a good host has to have cold beer for guests. I usually have a Baltimore beer "National Premium" National brewery is long gone but one of those little micro brewers has bought the recipe from G Heileman Brewing who bought out National. it was my personal favorite and as far as I can tell it's the same as always.

montanan said:
Sounds good to me, but with a beer. (Yes, I like my beer) We're having chicken something. What ever is in the crock pot, but sure smells good.
Click to expand...

Of course with beer!!! Having beers right now in fact.
S

Evening, all. 40 and mostly sun.We dodged the snow. Good. I'm ready for spring.

Mil113: Did I read you are looking for a GP7/9 shell? I have an Athearn BB Milwaukee Road shell with handrails that I won't use. Yours if you want it. I weathered it, but it's still good.
Keep the photos(model and proto) coming! 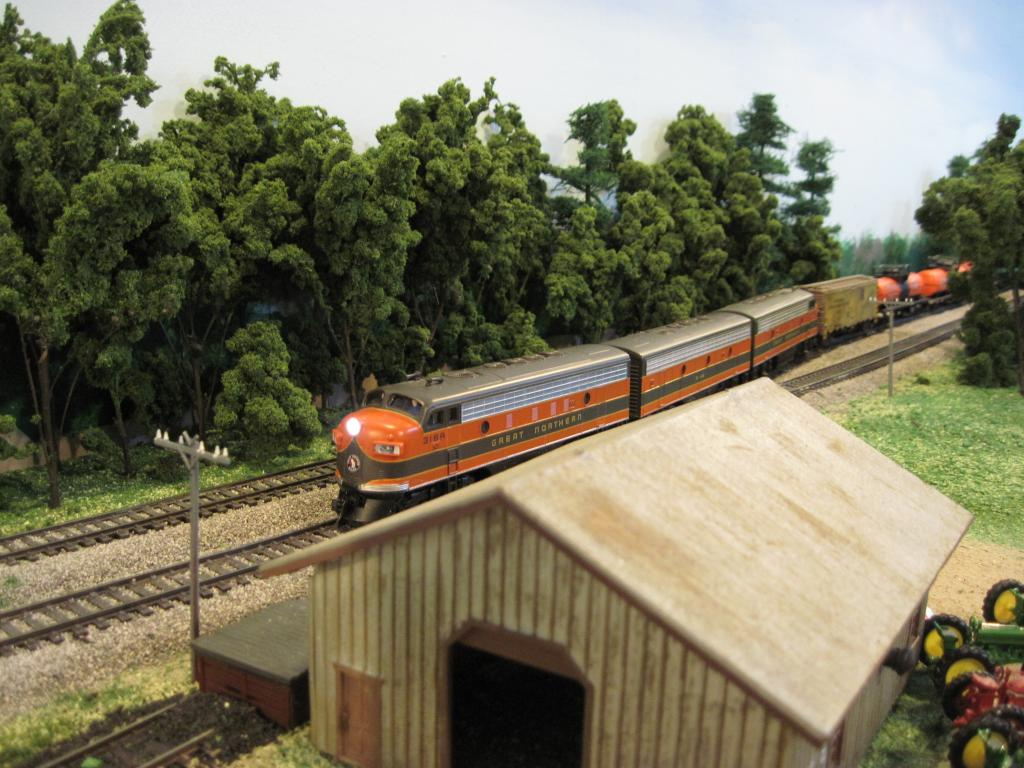 If anybody will be near Spooner Wisconsin, let me know! I welcome visitors!

When I see a boxcar I always wonder what is in it. 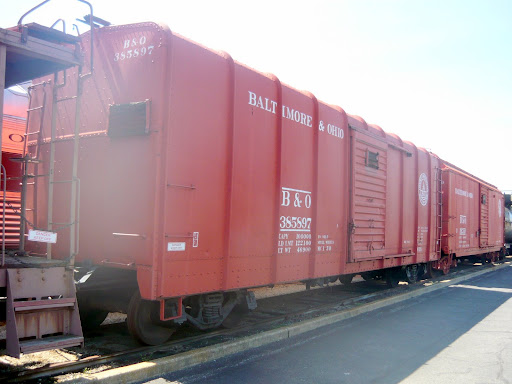 I have been looking for one of those in HO. I don't have a single B&O freight car.

montanan said:
I have been looking for one of those in HO. I don't have a single B&O freight car.
Click to expand...

I like it. I can remember when I was a kid when we were going to Indiana to visit relatives seeing one and being around railroads so much and I had never seen a box car like this. I hope this car would be appropriate for 1957? I am also thinking that the B&O kept this boxcar within their system. ?????

I'm pretty sure these cars were still being used in interchange service in 1957, they were only ~20 yrs old at the time.
Here's a link with a little more info on the M53: http://pmrr.org/Equipment/M53/index_LVL2_1.htm

Time to move! See ya in the new place!

Today will start my layout planning. Probably do a couple of draw ups today. See what I can come up with....
C

GarryCBQ said:
Chet .... Sounds great to me. ... Actually, there are three model railroads here at the lake. .... Mine, Gus's, and Dan's. .... Gus is a retired ICRR locomotive engineer who has a very nice Illinois Central layout with scenery. He has also made models of locomotives and cars of a local short line, Cadiz RR. That short line was abandoned many years ago. He had a photo in Model Railroader several months ago. Gus has many interesting stories about his experiences with IC .... Dan is a retired metallurgical engineer of General Motors, and he has a nice layout with Union Pacific trains. ..... My layout, of course, is a fictional division of the CB&Q. I aim for 1962, but have some locomotives of the 1940's and 1950's, too. I have had a few photos in Model Railroader.

Everybody else is welcome to visit too. Just have to coordinate schedules.

This Cadiz RR Alco S1 is located near the I-24 / US 68 interchange. I took the picture before a roof was built to protect it from rain. The hillbilly-made roof is ugly and too low. It is not possible to get a good photo anymore. 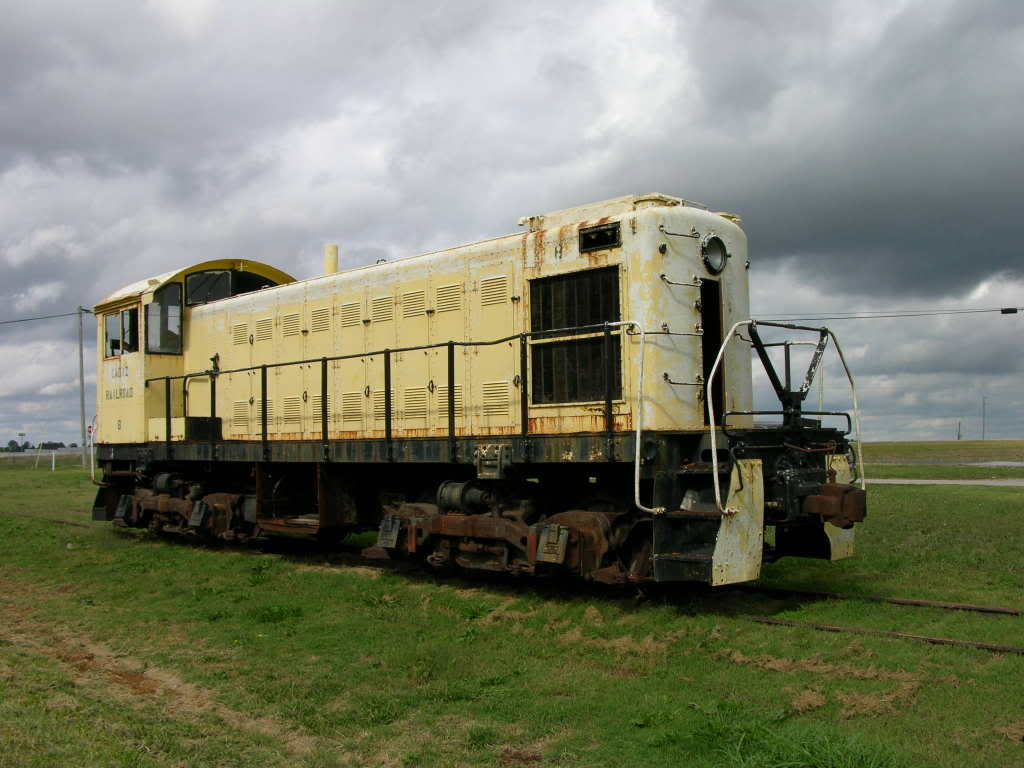 This is a nice little scene from Gus's layout. A similar photo of it was in Model Railroader. 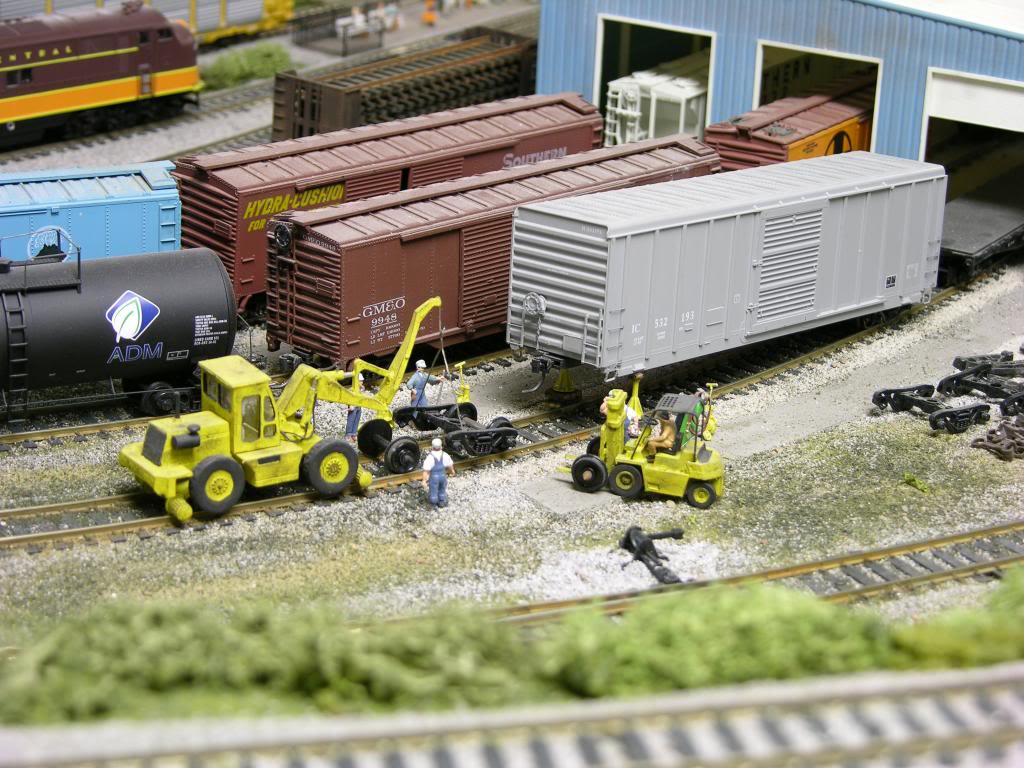