Staff member
Good evening.
It's clear and 36. Low tonight is supposed to be 27.

Milwaukee Road 113 said:
Did someone mention my.....eerrmmmm.....username?
All good here Louis, my friend...I'm off this week and I might get a pair of Stewart HO VO-1000's on Monday..
Been busy trying to find trackplans on N&W at Iaeger, the Weller Yard, at Williamson, Boaz Siding and the Blue Ridge plus the depot there...not much luck so far..

All well at your end Louis?...

Thanks for the update! 3:35am and all is well here in southeast Baltimore


bnsf971 said:
She is happy to be here, but exhausted by the trip and having to walk everywhere.
Click to expand...

Thanks for the good news! I know first hand that recovering from health problems is like an athlete in training, exhaustion is just part of the process.


kbkchooch said:
Louis, thanks for the kind words, and here's the link! Here!
Click to expand...

Kind words are for people to whom you are giving the benefit of the doubt, with you I know from experience my words are true. 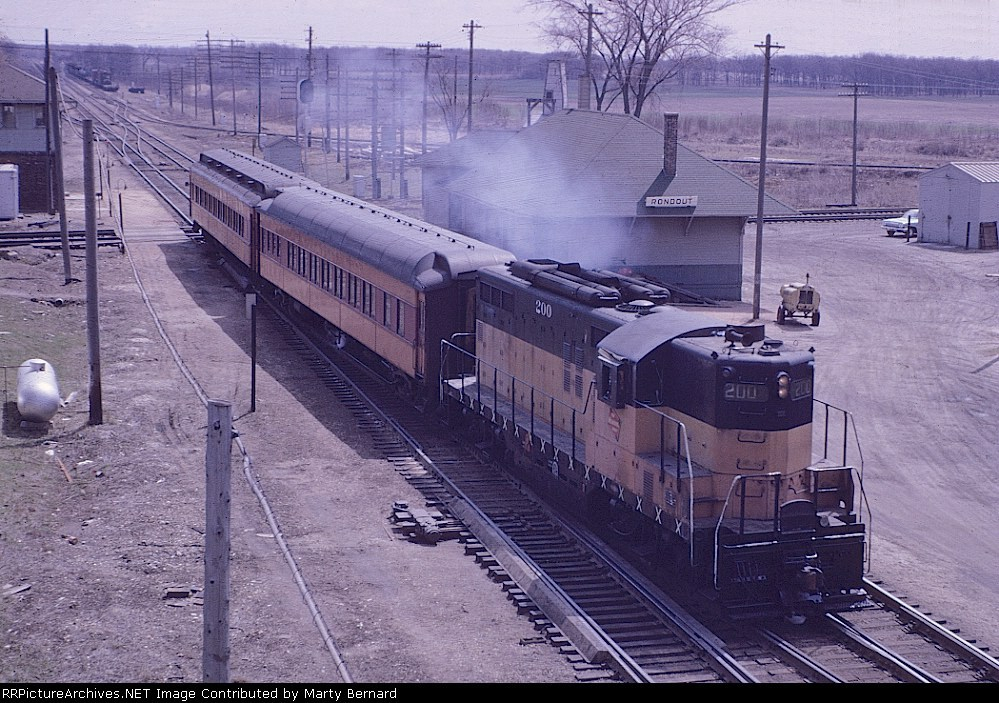 Temperature in Tipton IN 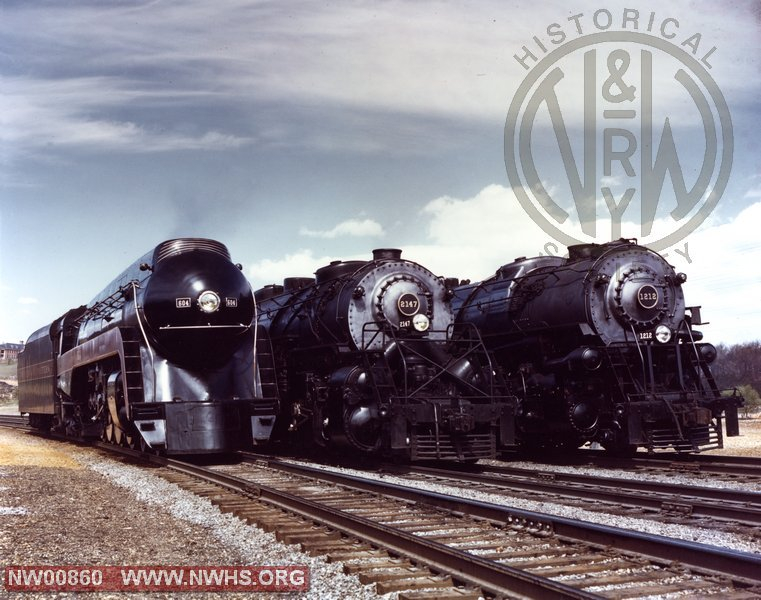 Good Morning from the Middletown Valley. 19 degrees and clear. Early spring is always a surprise in Maryland! Thanks for the welcome Bruette. I've been lurking for a couple months. I'm going to work in HO scale. I'm planning on a modular setup, starting with a switching layout on a 32"x 48" module (1/3 of a sheet of plywood). I noticed there are several folks from this area here. I grew up a mile up the hill from the WM line at Cedarhurst so that and the B&O have always been favorites of mine.

As you can see I am back from vacation. We all had a great time. We actually left a day early because the day we left it was raining in the 40's, but overnight it was dropping to the 20's with probable snow and ice. Since none of us has ever driven on that combined with the narrow mountainous roads we all decided that discretion was the better part of valor!

One thing I did manage to do was pick up a cold. I thought I was almost over it but it came back with a vengeance last night.

I hope everyone has a good day.

25 with bright sunshine and crystal clear skies in southeast Baltimore.

Thanks again for sharing your hobby with us bsmart and I am glad you are posting. I hope you will be a regular in the coffee shop and contribute to other threads as well. You won't find a better or more knowledgeable group railroaders.
Two of my favorite roads are also the B&O and WM. Add to that Chessie, PRR, Penn Central, Conrail, CSX and I have to get some Norfolk Southern because the more I see their equipment the more I like them. Those are the roads I got to see growing up here and living all my life in East Baltimore also working as a coal sampler when I was young at the coal piers in the Baltimore harbor.

Curt good to hear you got back safe, smart move cutting out early. I hope you feel better soon.

Have a great day everybody!

Staff member
Well,,,,,,, since I got that DDA40X running so nice and smooth in DCC, and I had called (left a message) the guy that was interested in it and the coaches I have (didn't get a reply), I went down to the old club anyway, hoping they might be running on the newly installed DCC system on the main layout. Wasn't so though. Never mind, I ran the train anyway and he didn't turn up. (Tsunamis don't like DC especially if there's any power drops, worse than most other decoders seemingly).

This selling of this train was never going to be easy, as I put a lot of time and study into it. Got talking to one of the other guys who is also building up the heritage train, but has most of what Walthers has offered already anyway, but has been chasing more of the ACF baggage cars which Walthers hasn't seen fit to re-run (maybe they're waiting to get their artwork for the "Flag" versions done first) (Kato can do it in N scale though). I must have been staring at the train with a wistful look 'cause another member said that I didn't look happy.

I had put a search on US ebay for those baggage cars to get an idea of prevailing prices, 'cause they had been pulling twice their original. Whad'y'know, I just did a random search again and here's a seller just listed 2 (CNW UP colors), same as the 2 I've already got. A lot of soul searching went on, I've already overspent, but I really don't want to get rid of this train and as it turned out during the conversation with the other bloke, I've got a baggage/dorm among the collection, which is a close representative of one of the powercars. So where's this leading (as if you haven't guessed), the sale is off and I bought the 2 more baggage cars to reinforce the decision. For what this pair have cost me (US$70ea + $53 postage = AU$256) the reinforcing is set in concrete.

Welcome to the family bsmart....
Like young Louis, I've got a few favourite railroads too, with a slight addiction/obsession to Milwaukee Road, then there's N&W, D&H, LV, RDG, NYNH&H, GM&O and WM...which isn't too bad, for a Swede living in the UK!

good morning everyone. 47 and sunny here this morning.

Welcome aboard bsmart. I will echo what Louis said. Glad to have you here.

Hope you enjoyed the vacation Curt.

I now have 2 DCC locomotives. In addition to my brass Z-5 Yellowstone, my son somehow found a Bachmann 2-6-0 and brought it over yesterday. I have no idea where he got it. No hobby shops up here. He does know that I like steam locomotives and prefer smaller ones being that I don't run large steamers and I am limited to size because my turntables are 90 footers. He also doesn't have a clue of what DCC is. He's not a train person.

Although this type of locomotive is a bit old for my time period, I will put it to work. Like most plastic steamers, it is a gutless wonder on my 2 percent grades but I guess it could be used for short local runs or passenger service. The locomotive also is sound equipped. I'm sure my grandson will enjoy seeing it run. I'll post a picture as soon as I remove the Union Pacific lettering and letter it for the LVRR.

Love my big steamers, but I've always liked smaller ones as well, h*ll.....if it's steam, I like it! Have a soft spot for the Pennsy E6's and G5's!

...aaand those N&W M's are really growing on me, I wouldn't mind a handful of them! 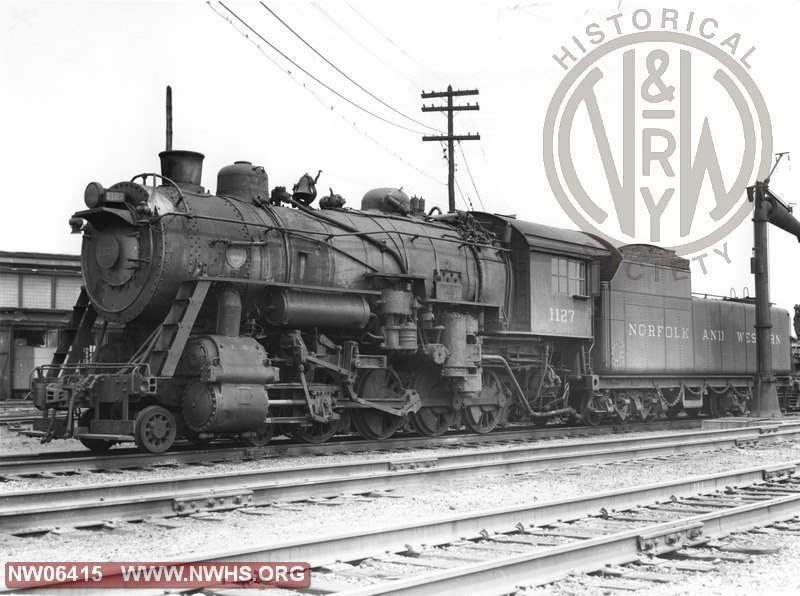 It's a sunny Sunday here in Central Jersey, the temperature along Highway 9, in Howell, is currently 34°, going to 44°.

Louis: East Baltimore, was the perfect place to train watch, with B&O Bay View, adjacent to PRR Bay View, WM trains via the PRR from Fulton to Sparrows Point;
the parallel rail lines to Canton, the Canton coal tipple, and the Chevy plant served by the B&O, among other memories. B&O Bay View used FM switchers painted B&O blue, right through the Chessie days, while the PRR/PC used many Baldwin switchers.

bsmart: Don't know how I missed your post, but welcome to the Forum and the Coffee Shop.

bsmart, welcome to the forum! Always glad to see another Marylander join the group.

Curt - glad you escaped your mountain campground before things turned ugly! I live in a neighborhood surrounded by steep hills, so I know how treacherous those roads can be with snow and ice. Hope your cold dissappears soon, I'm battling a sinus condition myself.

Mil - loved that pic of the torpedo boat with the two heavyweights! Reminds me of the commuter trains the B&O ran on the Metro Branch when I was a kid.

Joe/Louis - you guys are bringing back memories of the "glory days" of railfanning in Baltimore. B&O's Riverside loco terminal; WM's Port Covington; Beth Steel at Sparrows Point; the network of B&O interlocking towers where I would often hang out [sometimes in the middle of the night], waiting for trains. All of those are long gone now *sigh*.

Chet - Have you seen this new Analog Sound Box from Kato? It might be just the ticket if you want sound without needing DCC. I listened to the video; the EMD 1st gen prime mover sounds are excellent, but the horns are lame (IMHO).
Last edited by a moderator: Mar 29, 2015
You must log in or register to reply here.
Share:
Facebook Twitter Reddit Pinterest Tumblr WhatsApp Email Share Link