James ... That is very interesting. I see "Herby" and I see "Herbie". Apparently either selling is correct.

...
I am continuing to run my 4-8-2's. Are is the Burlington locomotive arriving in Black Hawk with a passenger train. 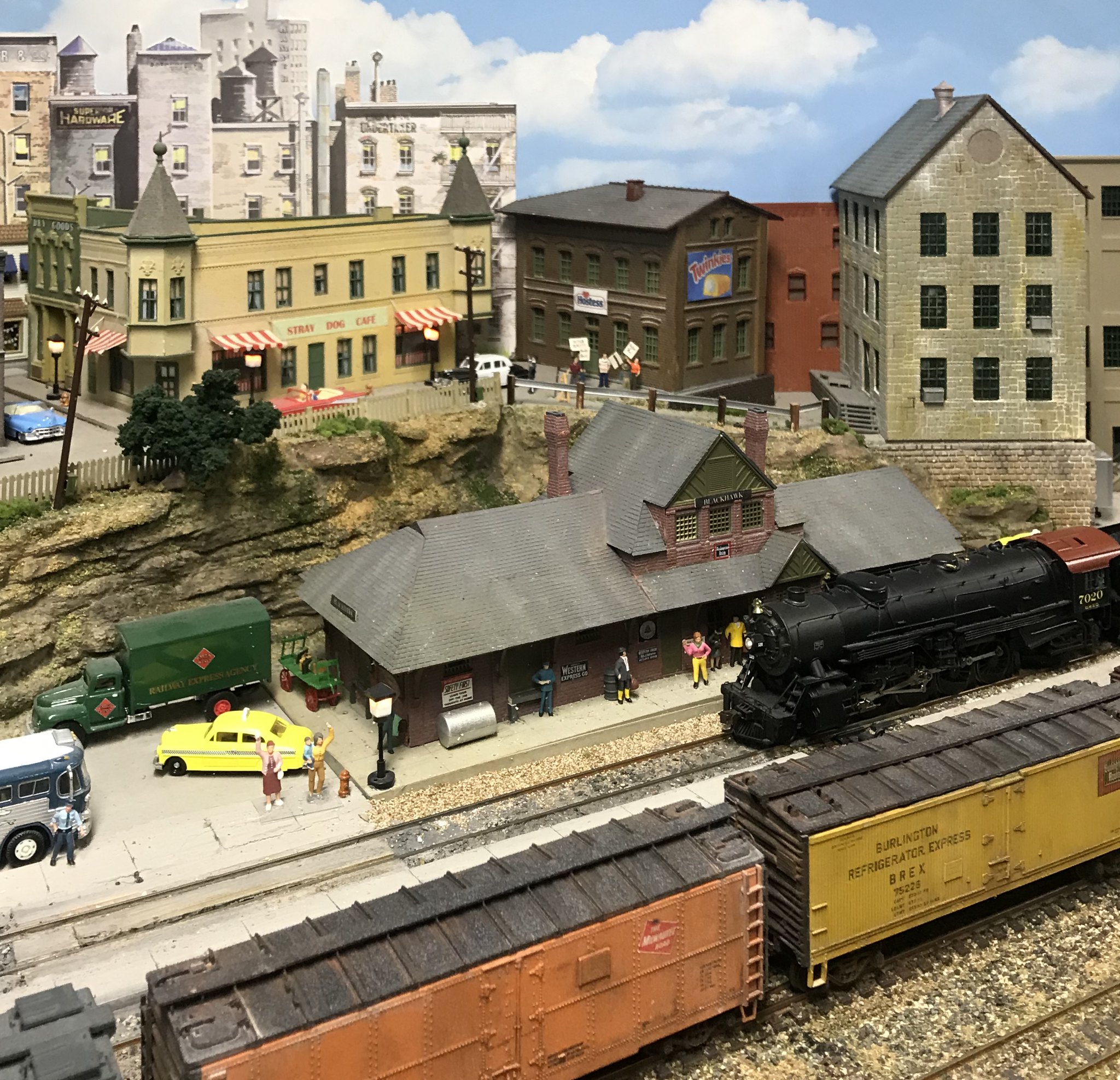 Ya I wondered about that.....I know there has to be another story behind that.....MP and UP as far as I know had these cars/logos. I wondered if it had to do with copyright or possible loyalties and they just change the spelling or they changed the spelling to make the logo work? Who knows I will have to do a little more research.

Good evening Shop Dwellers! 50*F and windy as h*** in my corner of central MD.

Haven't been here the past couple days, since sitting in a chair leaning forward to read and type on a computer might push out stomach acid to where it doesn't belong. So I've mostly been reading "physical" magazines that I still get in the mail, TRAINS and the Sentinel (B&O RR HS magazine), and that helped me relax enough that the ulcer seems to have cleared. I managed to get an earlier endoscopy appt by calling and checking for cancellations on Monday, and they were able to get me in today instead of May 7!

The procedure findings were fairly non-threatening: No "Barrett" tissue was found (a precursor to cancer), but the stomach lining has "metaplasia" - i.e. some type of molecular change that nobody really knows the significance of. Apparently I also had that 3 years ago, but the GI "establishment" wasn't showing much interest in it back then so the doctor never mentioned anything to me about it. Times have changed, and now the "best practice" is to have patients come back every two years instead of three

, in order to keep a closer eye on it (hope the medical insurance folks will agree?). Bottom line is, the gastro academics are probably tracking everybody who exhibits metaplasia to see if it eventually should be considered an early predictor of cancer.

Anywho...other than responding to a few people who left me comments, I don't have time to enter anything beyond this. I haven't really read all the pages from the last few days, and I want to hit the hay early tonite since the sedation meds haven't totally worn off yet...cheers!

Evening, thanks for the likes on the engine weathering. Got some grass cut after work but it was cold. 40 degrees with a 20+ wind made for short time.

Staff member
EVENING FELLOWS!
Topped out at 95 today -- a drop to 81 is in the works for tomorrow. The rheometer thermometer has been like a roller coaster most all this April?

IBKEN - sorry to hear of your troubles - I was plagued with bad acid reflux all through my 20's and half of 30's = I couldn't go anywhere without a pocket full of Rolaids and Alka-Seltzer. Then it simply went away. After my "C" surgery the Dr;s had me on Omeprazole daily until finally my Primary told me to stop - that it was not good for the bones, like you? Seems as if there is dividend within the ranks sometimes?
Good luck with yours. My best to you... did you get that generator "up and running"?

Evening; and it's a hot time on the town tonight with the temps hitting 51°F.

Just booked my first Covid test for Sunday morning, and my first shot on Monday morning. There seems to be an outbreak at the mill where the wife works; not in her building, but in the neighboring sawmill. The company wants us both to get tested as soon as is possible. - Sadly, this whole Covid-19 thing is not being handled well in Canada. Not near as well as in other countries.
With my luck, the shot I get on Monday will be the poison astra-zenica; that's the only lottery I'll ever win.

Here's the final photos of my boat that I will post before paint. I slapped together the goofy looking engine blob that I'm not sure I'll use. It will be painted anyway, just incase it does work out. Tomorrow, I plan on prime painted the whole thing. First, I have to build a stachion for the ships wheel. 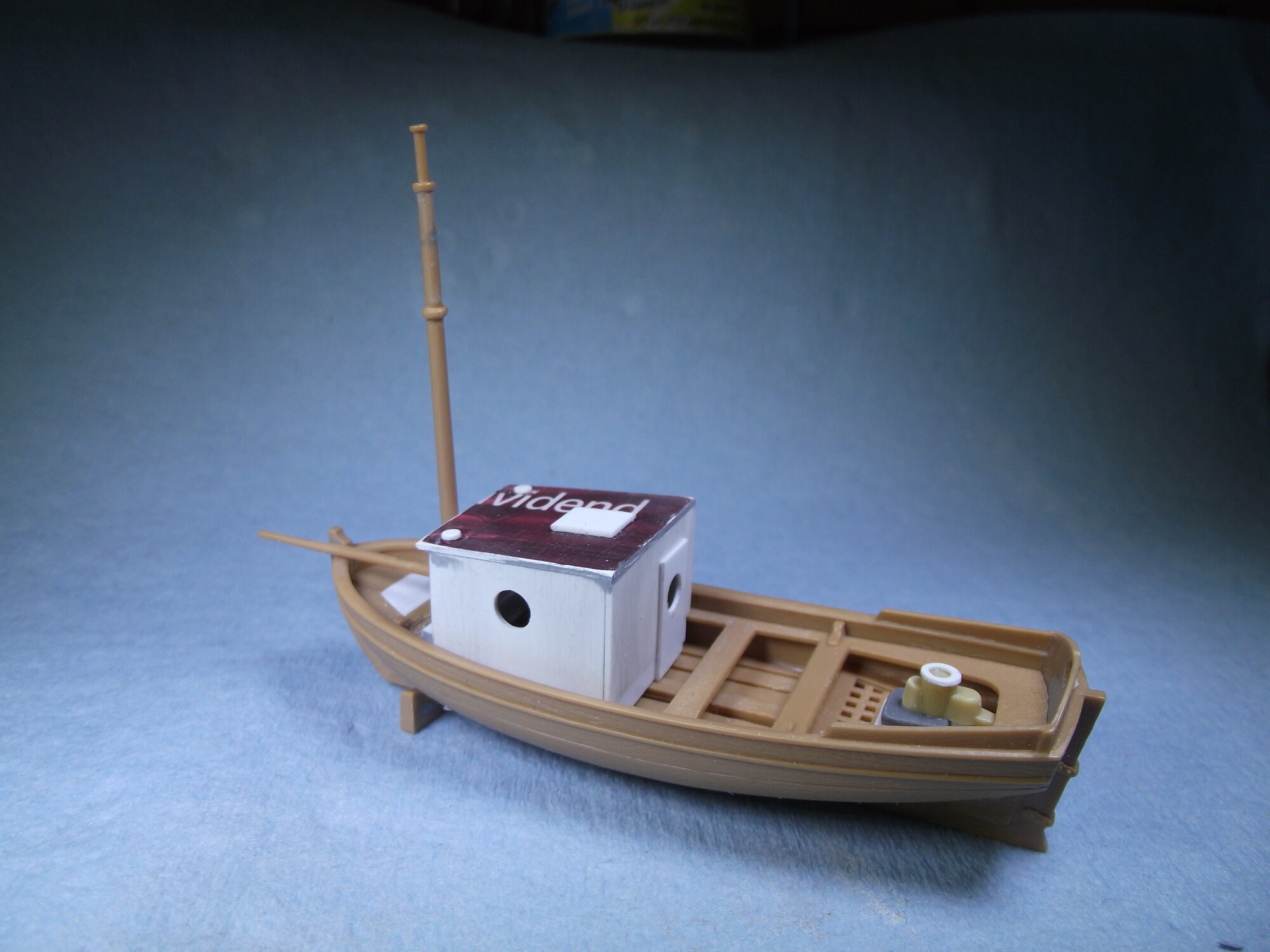 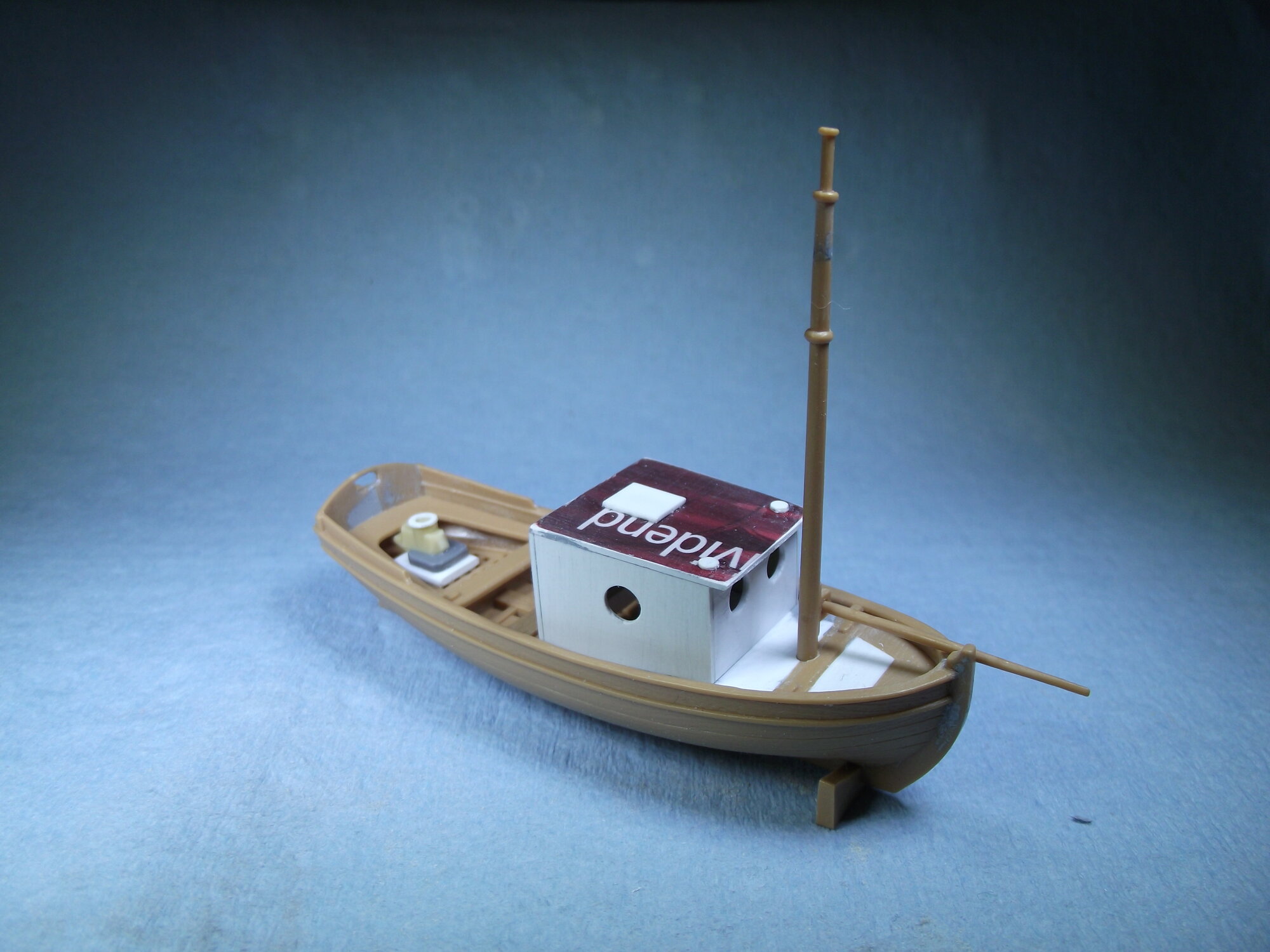 Have a good night!

It’s May Day! I think the paint is dry, but try not to touch it anyway.