Proto2000 vs Kato vs Bachmann

Hi friends, afther a big mistake choosing an starter set of life like, I want to buy something much better now, and I would like to hear what do you think about Bachmann DCC control, and what about bachmann Locos, are good?
Couse I read that Kato is really good, so I can try to buy one and bringed it here (mailing can cost a half of de price...), or buy a Proto 2000 wich I can Buy here in Chile... Dont know what to do!!! Some people say Buy a Trix and other buy a Marklin... Help me please!!!
Getting crazy about model railroads:
Miguel Knuckey
Chile

Bachmann DCC loco's (I assume we are talking diesel here) seem to be inexpensive, detailed that way, but okay runners. A definite step up from Life-Like

Bachmann DCC control should only be used if you have little or no plans for expansion soon. I don't believe it is expandable and is rather limited in functionality. Very plug-and-play though, which may be your goal. A Prodigy Express might be a better idea - it can be expanded to more cabs and all that.

Kato is the cream of the crop, running-wise, but you'll be adding DCC to them. Some people complain about the paint jobs, and I recommend staying away from the SD40-2, which has some electrical issues that someone just starting in model railroading should avoid. One of these days I'll probably get one of their SD40s and maybe an SD45.

Proto2000 is a mixed bag - stay away from the GP9s (mechanical issues) and SD9s (electrical issues) but their GP38-2 is apparently a very nice locomotive. Some Proto2000 locos come with DCC w/Sound built in.

There are a couple brands you haven't mentioned that you might want to look into:

Atlas: Always good locomotives. Their "Classic" line does not have DCC (might have plugs, not sure), their older "Master" line has DCC installed, the newer "Master Silver" line has DCC plugs to use in installing a decoder and the "Master Gold" line has DCC w/sound built in.
Atlas's new "Trainman" line has a single locomotive, a GP38-2, that comes with a DCC plug and is generally less expensive than their other offerings - or that of most of the competition.

We own several Proto 2000 locos. They're good runners and the detailing is fantastic. They do have issues with cracked axle gears in the older units, so if you order one, get some Athearn gears to change them out. I like P2K and they can still be had cheap from several sources, though Walthers is trying hard to change that.

A step up in drives for a reasonable price would be Stewart. They are great. They do need detailing kits to look anywhere close to the Proto 2000 stuff though.

As for Athearn RTR, IMHO, they're a bit pricey for the way they run and the detail level. The paint is great though. Because of this, we only have one. 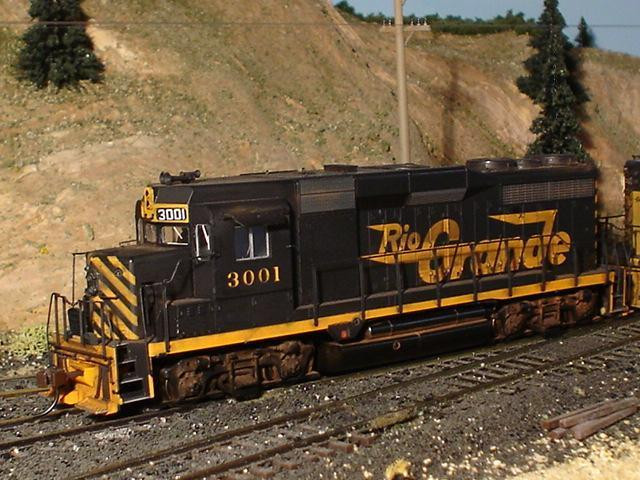 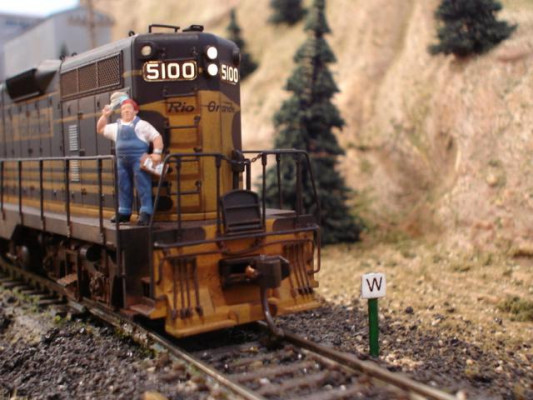 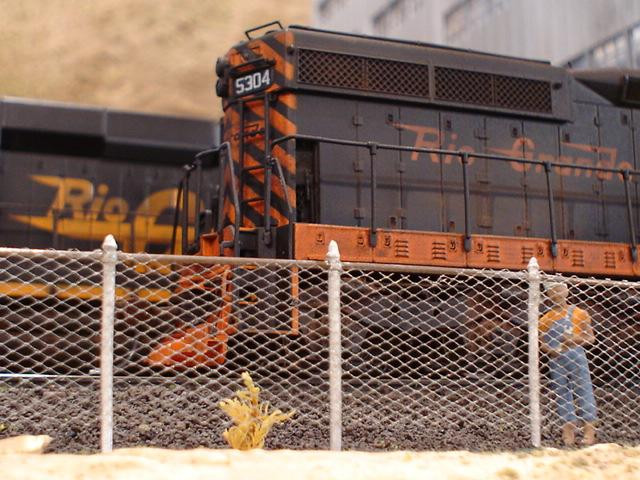 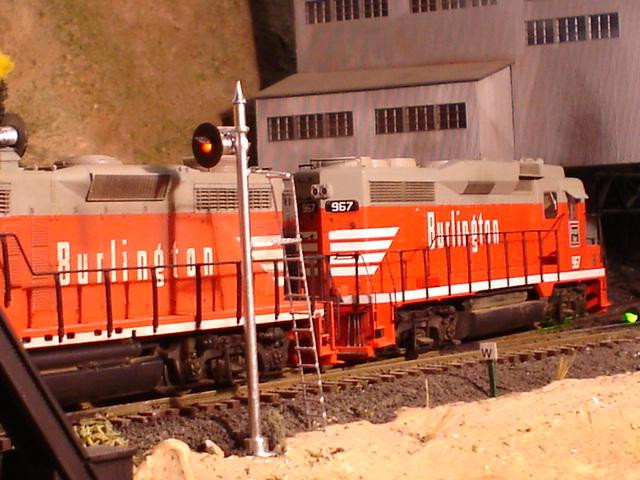 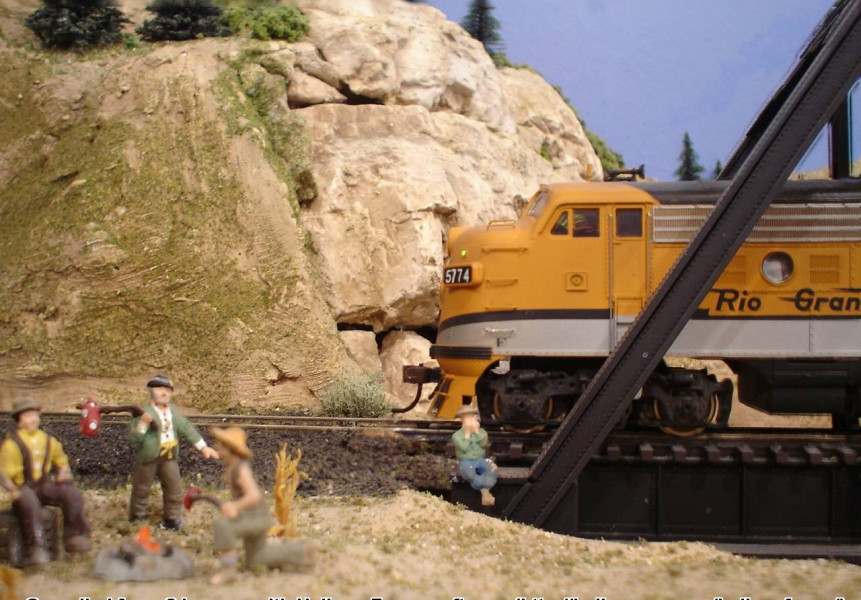 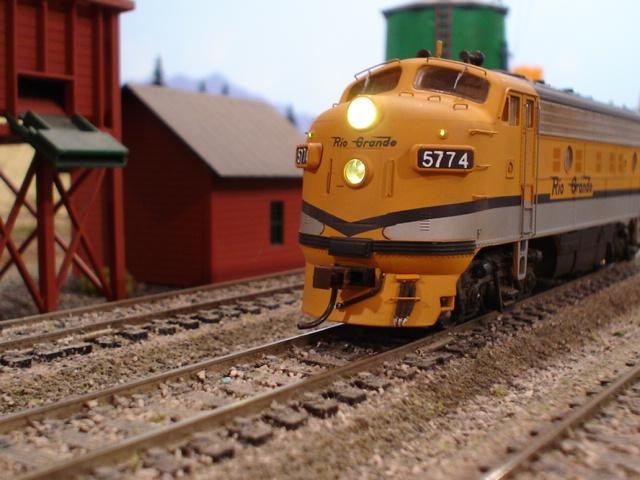 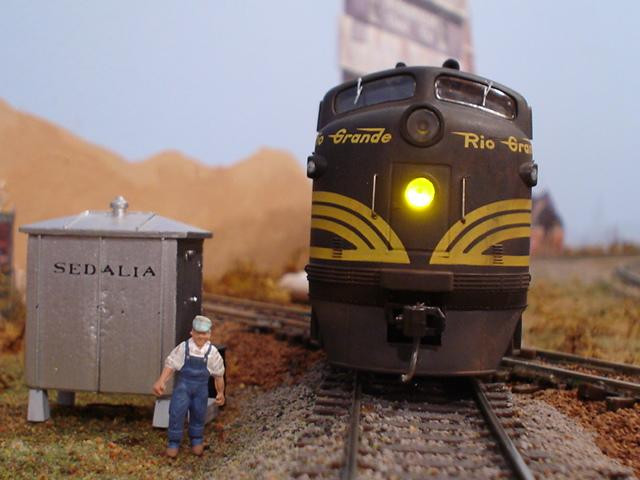 My S1 was DCC ready--as long as you pulled the motor and isolated the pole. The lights would only work if I pulled the decoder out. Eventually the decoder fried.

My FB2 had a solder bridge accoss the decoder socket and fried two decoders. The FA2 had a grinding noise in universal area and ran half the speed of the FB2. Lifelike asked me to send them in. They sent them backwith out fixing them but they gave me instructions on how to fix them and the decoders missing.

I still have the S1--it runs well when it does. I gave the F units away.

I think Atlas is the best right now. They have good weight, motor and details second to none.

Proto 2K are a close second for me. If not for the gear problems early runs had, they would be tied with Atlas. I have NOT had any gear or DCC problems with newer P2K engines. I have 4 SD60s, an SD50, a GP38-2 and 2 SD45s with no problems. So as long as you are buying newer P2K, I say go for it. If you are buying old P2K off E-Bay, get some Athearn gears as spares just in case.

Athearn Genesis are very nice to look at and have good motors, but don't have enough weight so they don't pull as well as Atlas and P2K.

Kato has very good motors and okay weight but I find their detailing is not up to the standards of Atlas, P2K and Genesis. If you like adding detail parts, a Kato is a good way to go.

Athearn RTR have been hit and miss. They all look very nice, though not up to Genesis standards, but their drive systems aren't always the greatest. The newest releases like the SD38 and SD40 have very good drive systems.

I'm not a fan of Bachmann deisels but they make some nice steam engines. I find they just aren't as good in all respects. They can also be very hard to put DCC in.

I have no experience with Trix and Marklin or the Bachmann DCC system, so I can't offer any advice on those, sorry. If you do get a DCC system, my advice is to make sure it is expandable and meets the NMRA DCC standards. My club uses Digitrax and has been very pleased with it. I've also heard good things about other systems from other forum members.

grande man said:
We own several Proto 2000 locos. They're good runners and the detailing is fantastic. They do have issues with cracked axle gears in the older units, so if you order one, get some Athearn gears to change them out. I like P2K and they can still be had cheap from several sources, though Walthers is trying hard to change that.
Click to expand...

Retract that, Walthers announced they're lowering P2K units prices!!!! NEW GP30 on the way to me!


grande man said:
As for Athearn RTR, IMHO, they're a bit pricey for the way they run and the detail level. The paint is great though. Because of this, we only have one.
Click to expand...

Very true when they run the same as a BB Athearn.

After all this, I love all my units, is you've ever ran a STOCK Life life, or Tyco, you'll appreciate ALL these mentioned with can motors. When I got my first BlueBox, I dropped the oldies FOREVER. Infact my AHM C415 is "an oldie" that I'm refitting with NWSL PDT trucks, to improve it.

Anyways, I love my P2K's and my Athearns, and my Overland drives, havn't run the Kato drive, or the Genisus ones.

I hope my friend will not mind me revealing that he offered them to me, and that they grace my layout to this day. There is now a cheap ol' DSD100LC decoder from Soundtraxx managing them. The pair looks very nice, run 100% reliably, very smooth from a dead start, and the 100LC chip sounds really good. I had my installer dummy the B unit, add two speakers as well as the decoder, and I must say I really like the results.

Thanks, Chip, for your thoughtfulness.

Very true when they run the same as a BB Athearn.
Click to expand...

The new Athearn RTr drive is pretty good- MUCH quieter than BB and smoother. Detail is a lot bette rthan BB too. Even so, I like both BB and RTR.

I think most agree Atlas are the best runners. But so are Stewart Kato, and P2K. I'll be looking into an Atlas t-man GP38-2.

dingoix said:
The new Athearn RTr drive is pretty good- MUCH quieter than BB and smoother. Detail is a lot bette rthan BB too. Even so, I like both BB and RTR.
Click to expand...

What I've heard though, is the new drives are more hit-n-miss, where the old BB's are 99% perfect.

dingoix said:
The new Athearn RTr drive is pretty good- MUCH quieter than BB and smoother. Detail is a lot bette rthan BB too. Even so, I like both BB and RTR.

I think most agree Atlas are the best runners. But so are Stewart Kato, and P2K. I'll be looking into an Atlas t-man GP38-2.
Click to expand...

Sorry to burst your bubble but Atlas uses Kato motors.

Your best selection of different locomotive types come from Athearn,Athearn/Genesis,Atlas and Walthers/Life Like..Kato has a very limited locomotive selection.Experience teaches that a well rounded locomotive roster will require locomotives from the above manufacturers.

Thanks for all your support friends...

Now Im thinking to start whit a Kato model, or an atlas if my wallet wants... and here comes the second part of the question; What kind of rails can I use in N scale, cheap&good (know thats hard), that allows to conect a DCC control???

All rails though be DCC compatable, its just turnouts that you have to watch... it's say go with atlas...

and Brakie beats me by 7 mins!