I thought I'd show some shots of my re-finished Athearn RS-3. It's going to be an Erie unit. I still need to do some touch ups and add the decals...obviously . 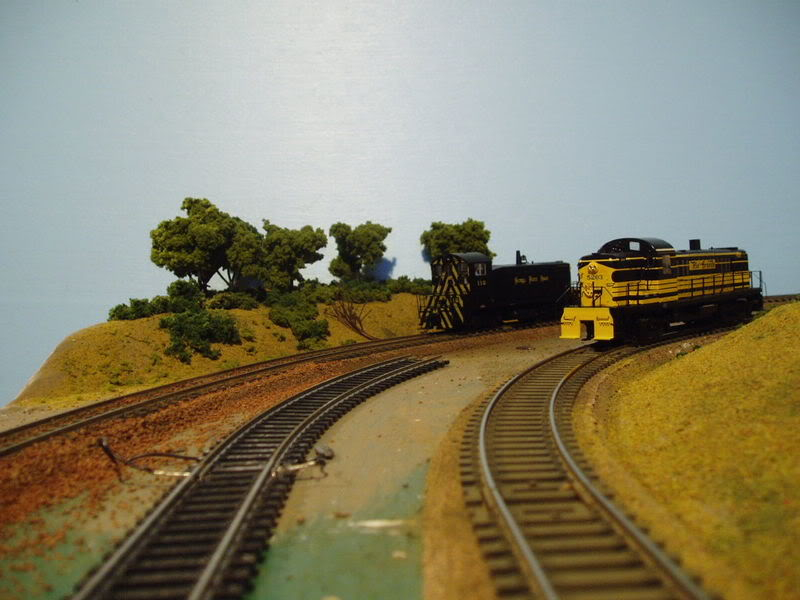 It started out as this RG&W scheme. It was a very nice finish in this livery and it was a tough descision to strip it. BTW, that SW unit behind it in this shot is next to become an Erie livery...you're probably asking why doesn't he just buy engines already painted as Erie locos...lets call it poor planning on my part. 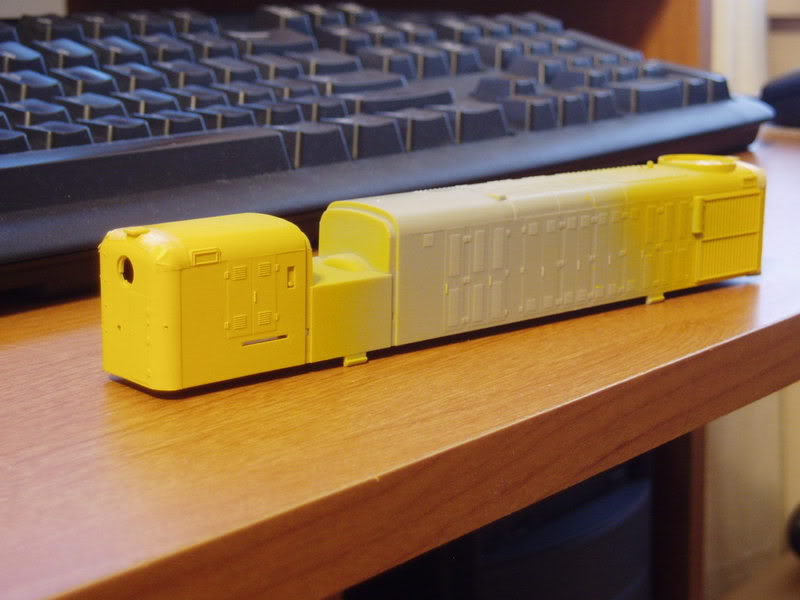 All striped, yellow painted and masked for the black. 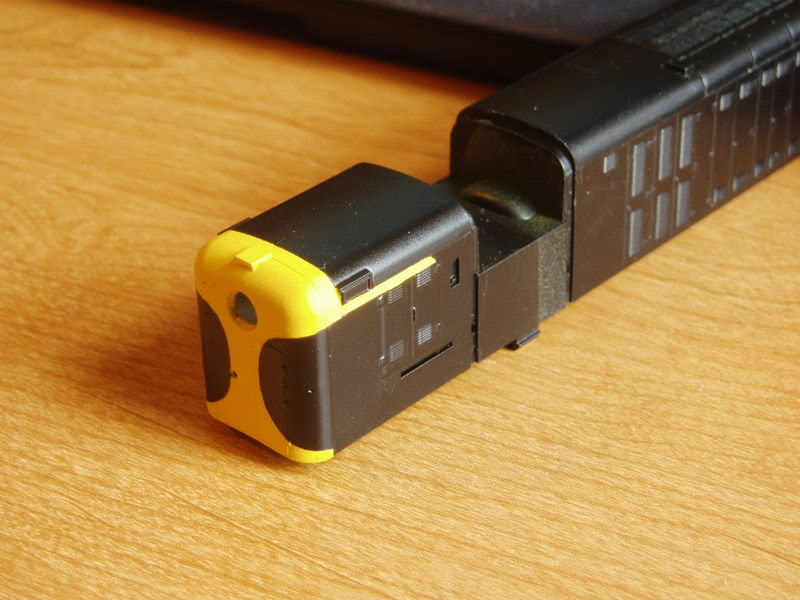 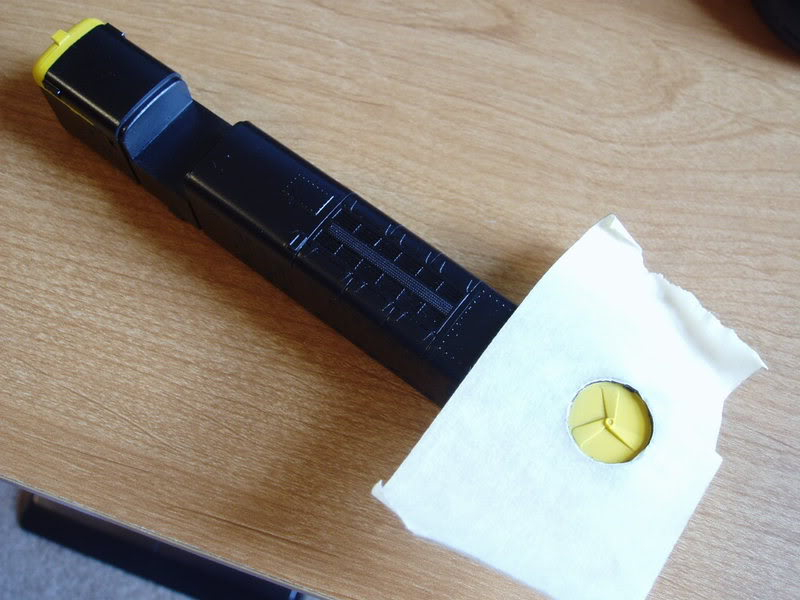 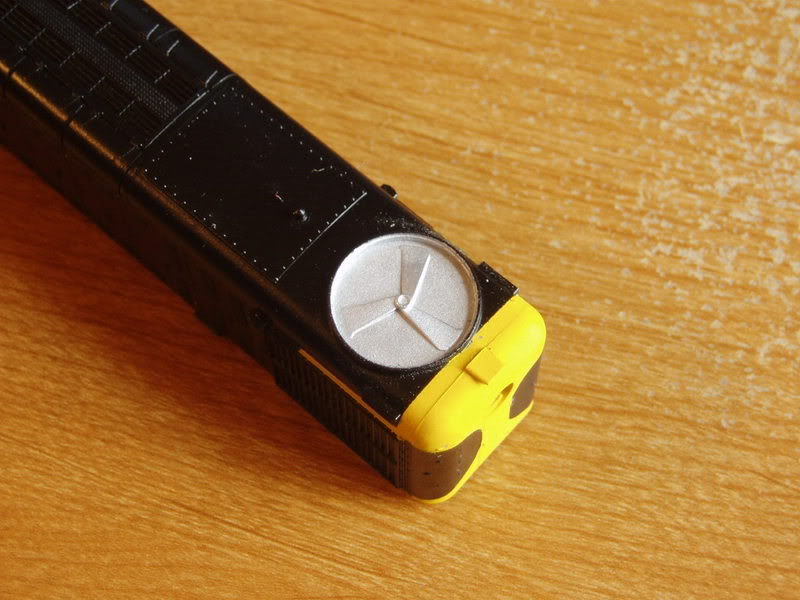 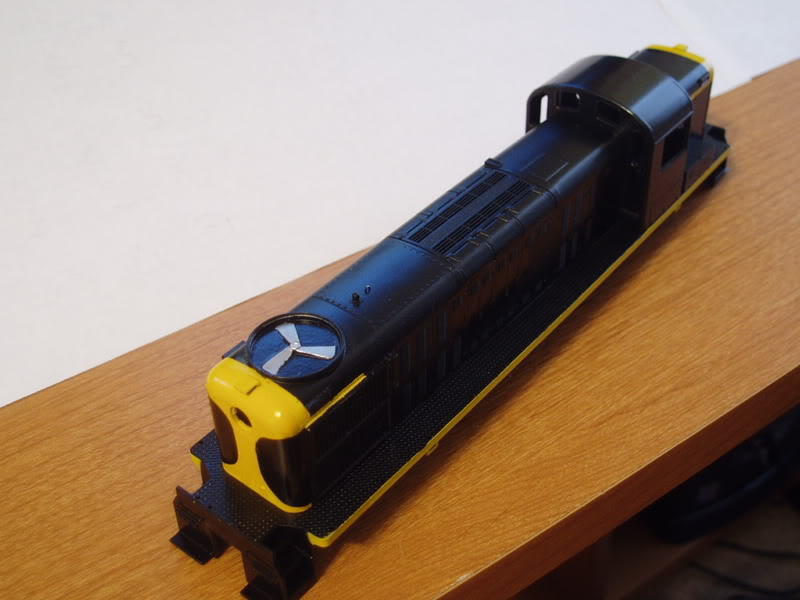 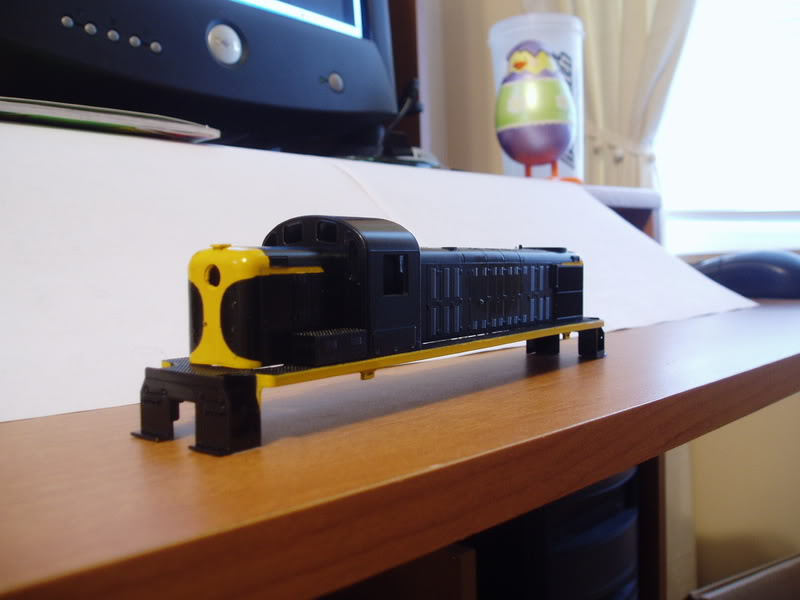 All set for decals

Thanks for looking.
J.P.

Great for so far. Look forward to seeing it decalled.

Very nice J.P., can't wait to see it with the decals.

Very nice work painting, especially with striping the curves and lines. I really like RS-3s - they have a great classic look to them.
J

Zephyr said:
Very nice work painting, especially with striping the curves and lines. I really like RS-3s - they have a great classic look to them.
Click to expand...

Thanks guys. Zephyr I made sure to show the side where the stripes came out good LOL.

Almost done with the decals, heres a teaser shot. 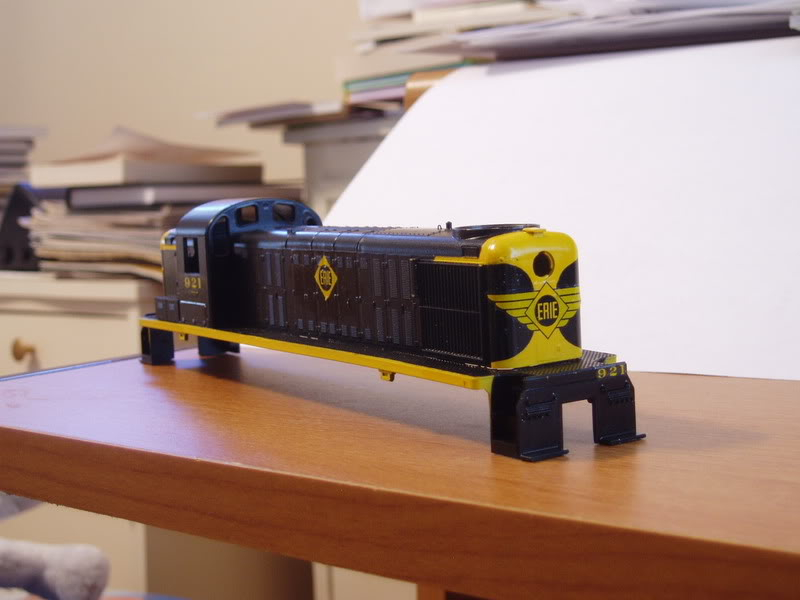 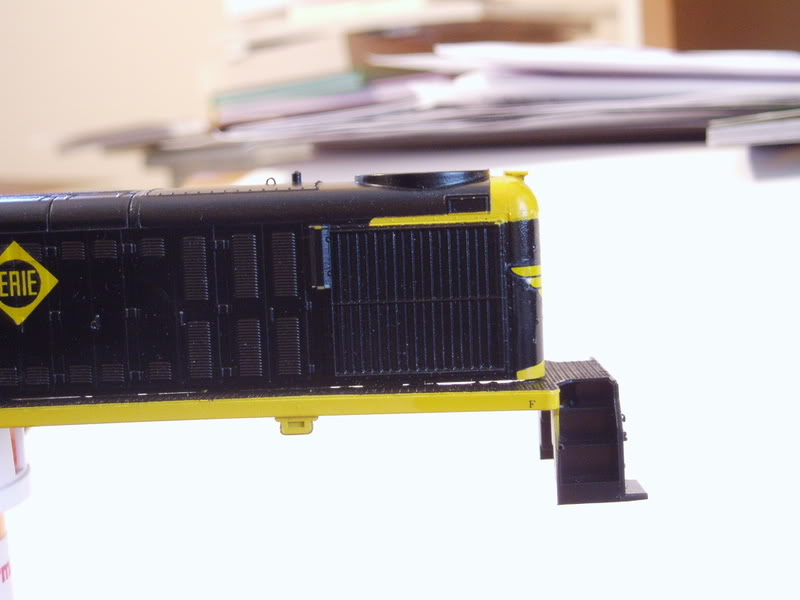 The "F" is for front. The F would go on the frame as shown, on either end, depending on which way the controls face.
U

The paint and decals look great. I especially like how you did the fan. As Josh wrote, all railroads are supposed to have an "F" designating the front on the engine, determined by which way the control stand faces. Erie ran all their RS-3's long nose first so the "F" would be at the same place on both sides of the frame. Even though this isssue became obsolete by the 60's, when most locomotives had bi-directional control stands, railroads still designated one end as the front. I assume it's AAR rule or something - anyone know why they still do this?

Hi Jim
It's so the forward hand signal stays the same no matter which way the engine is traveling. Otherwise in some instances hand signals become confusing. In Example If a train with cars is backing up and the F is facing the cars. The forward hand signal is still used even though you may think, because the train is backing up a reverse hand signal would be correct. No matter what F means forward as far as hand signals go. It keeps everything the same in all instances. I left the railroad before hand held radios came into use. I guess it would be the same rule.

George, the only place ive seen Hand signals used is with the Holsters here in town.

Anthony this was the seventies.
If you look at some old New York Central P and T electric engines that had controls on both ends. You’ll notice one end had an F and the other a 2 painted on the side. When a brakeman give you an up and down hand signal, which is forward you went in the direction of the F no matter which way the train was set up to travel. We used all hand signals. You know the lights with the square batteries.

George thanks for the explanation . Makes a lot of sense !!! When I worked the yard at Goodyear we also used hand signals but with only a car or two it was easy to see the other guy signaling !!
U

George, good explanation for why it was important to know the front of the engine. I guess with radios today it's not quite as important but I can still se why it would be an advantage to had designated front.
J

Here are some shots of my RS all assembled. 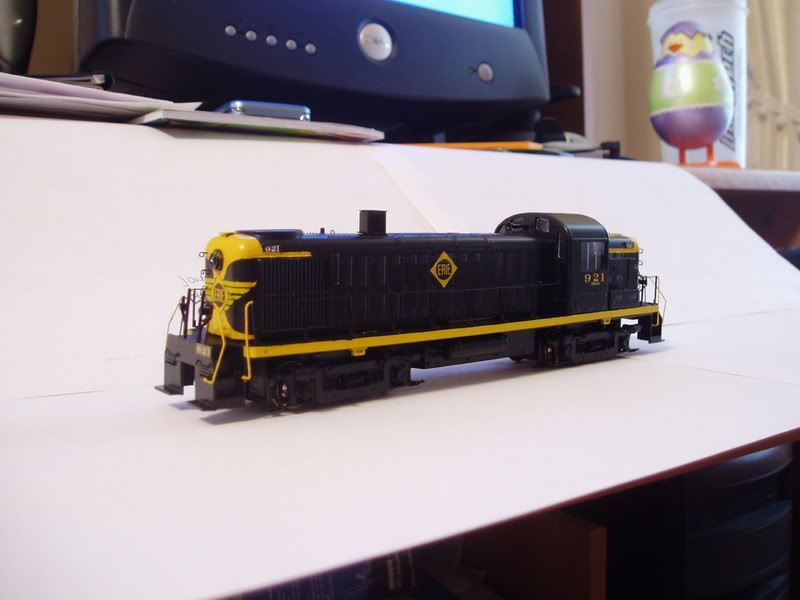 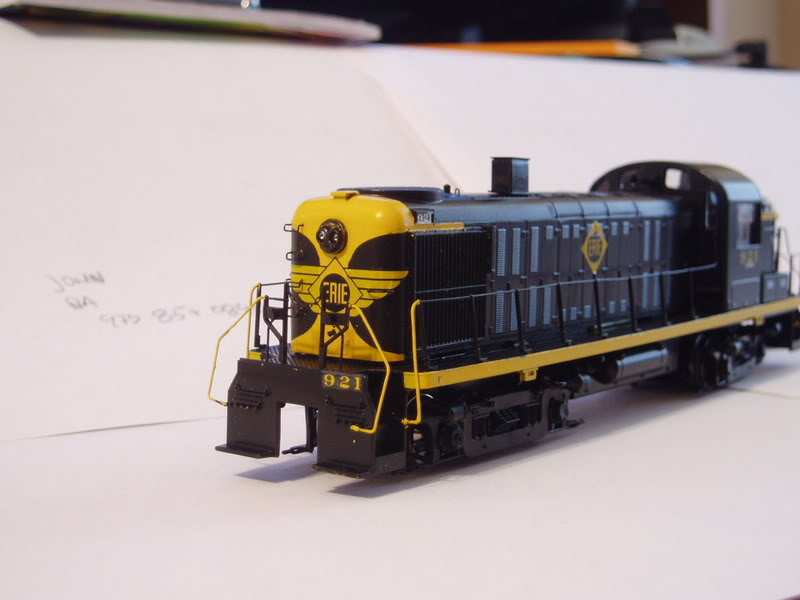 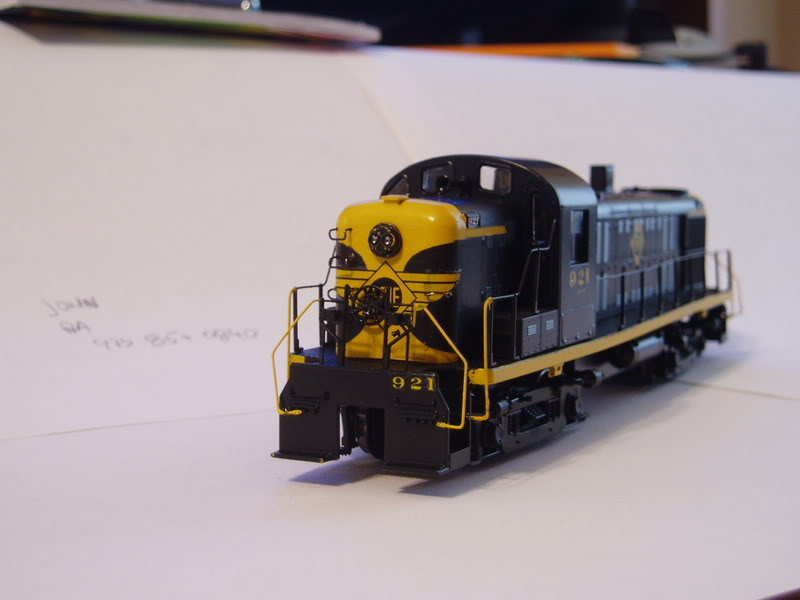 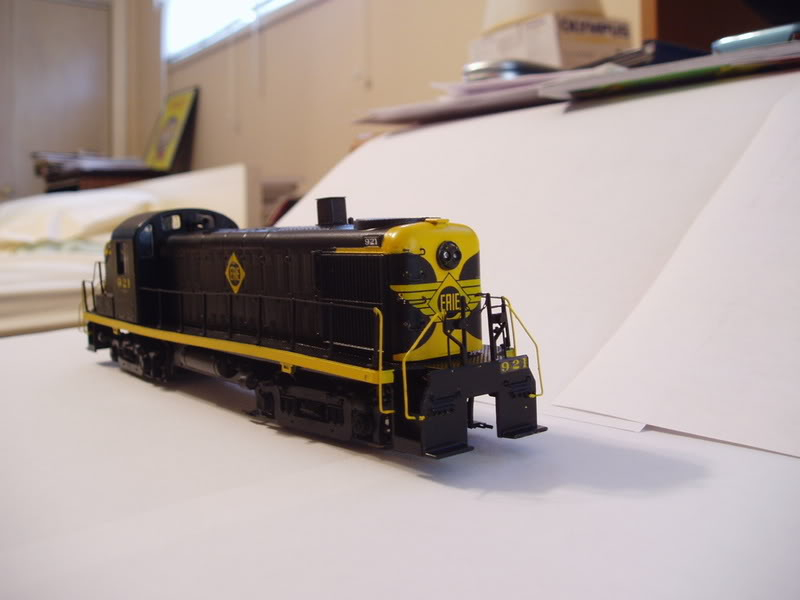 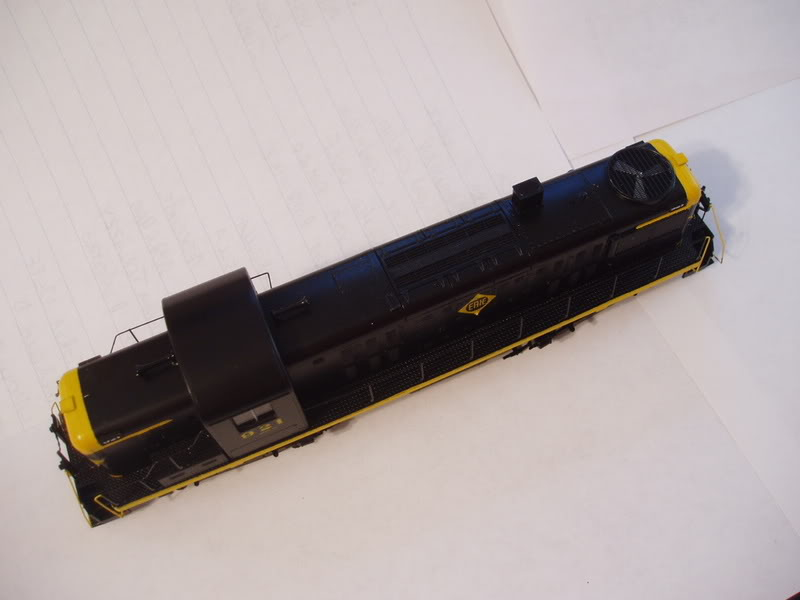 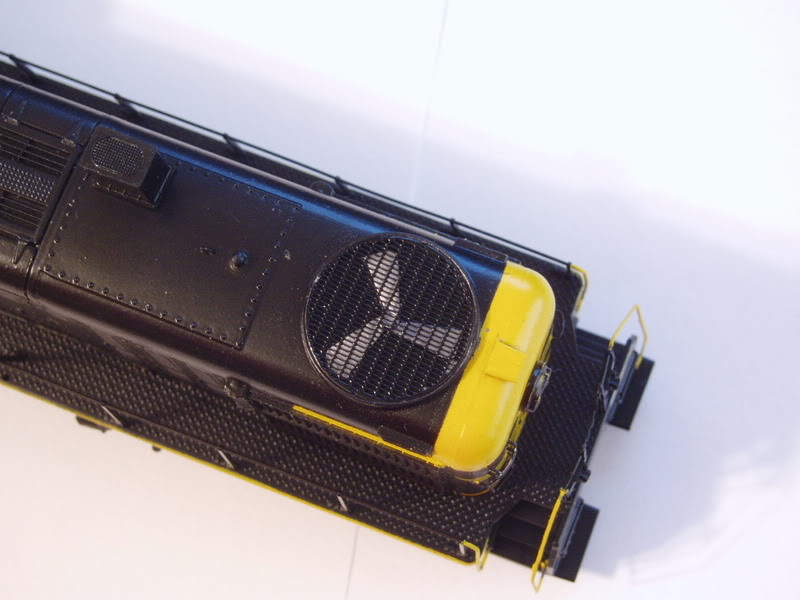 Now if I can just figure out why it won't run I'd be all set. I ran just before I put the body shell on.

Thanks for looking
J.P.

Really nice work on the paint and decals. The dual sealed beam headlights are a really nice touch too. If I can make a suggestion, take a look at the pilot handrails on the (designated) front of your engine compared to the rear. The rear handrails look perfect and the front ones look crooked. I suspect that some repostioning, maybe with a few small holes in the pilot and some CA, would fix that right up. That's too nice a model not to get those handrails perfect.

For a second,I thought it was a Santa Fe engine.
C

That is some very, very nice work.