My quest of a prototypical layout using an LDE ala Koester, et al took another step forward today when I actually fit the my town's PRR terminal onto a 30" x 72" folding table. It has been my goal to make a layout that would fold up and fit under my upcoming basement layout--one that would allow me to run my PRR engines.

The first shot is a 1938 aerial photo of Downtown Indiana, PA. The turntable has been taken out (darn) but you can see where it was. Turning trains is now being done on a set of double wyes, one owned by the PRR and the other by the B&O--but no interchange so I sacked that LDE.

I had a lot of trepidation about it being able to fit, but by clipping off the longer industry to the right and Stewart's Hardware on the left, I got it in.

I also compressed the block so the angles of the sidings are a little off.

Next step, identify and find pictures of the buildings. This is what I have so far.

Like the idea Chip, it's a big undertaking though but it'll be worthwile

This 1930 Sanborn Map shows I might be off a little. 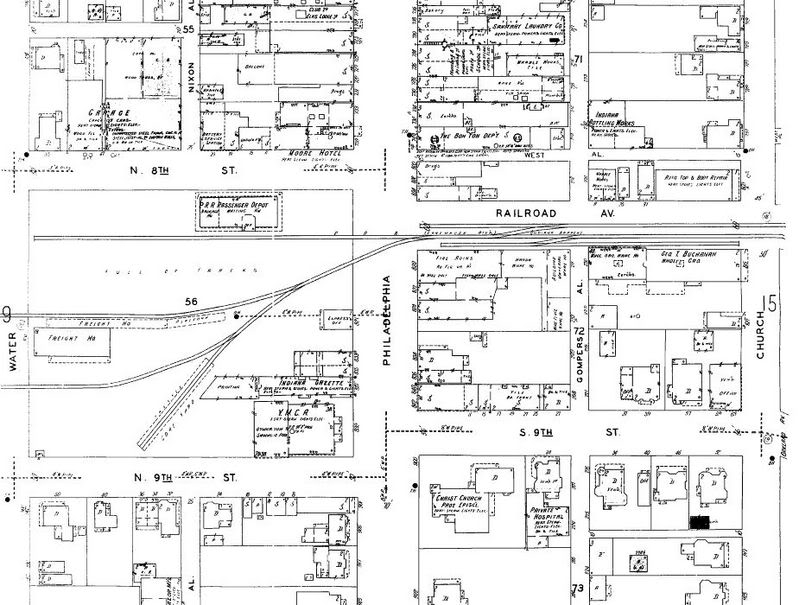 Those Sanborn maps are priceless, eh?

Do you have the part of the map that shows what you labeled as "Engine Service"? I was thinking that set of buildings looked a bit elaborate for servicing a few locos terminating at the end of the branch. Seems like there would be more tracks leading there too, if that was an engine shop...

I don't have them, but I emailed the guy that sent them to me and asked just that. 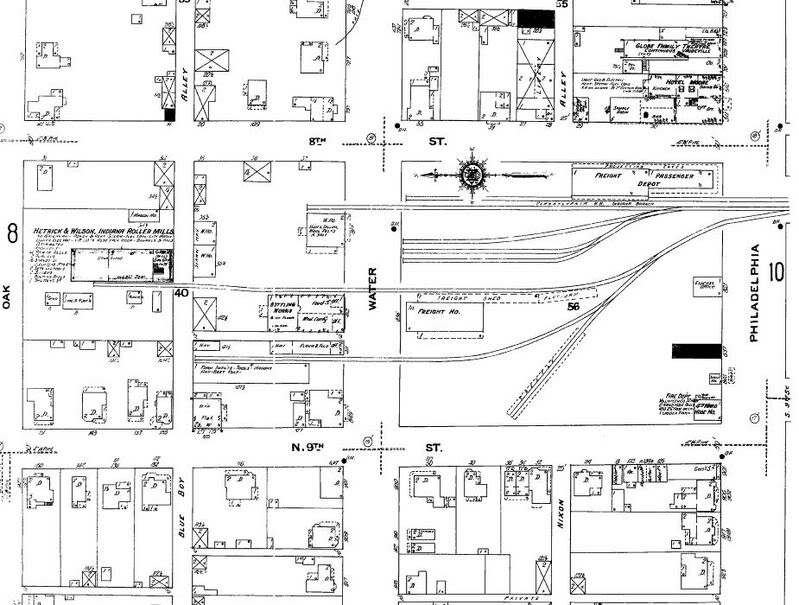