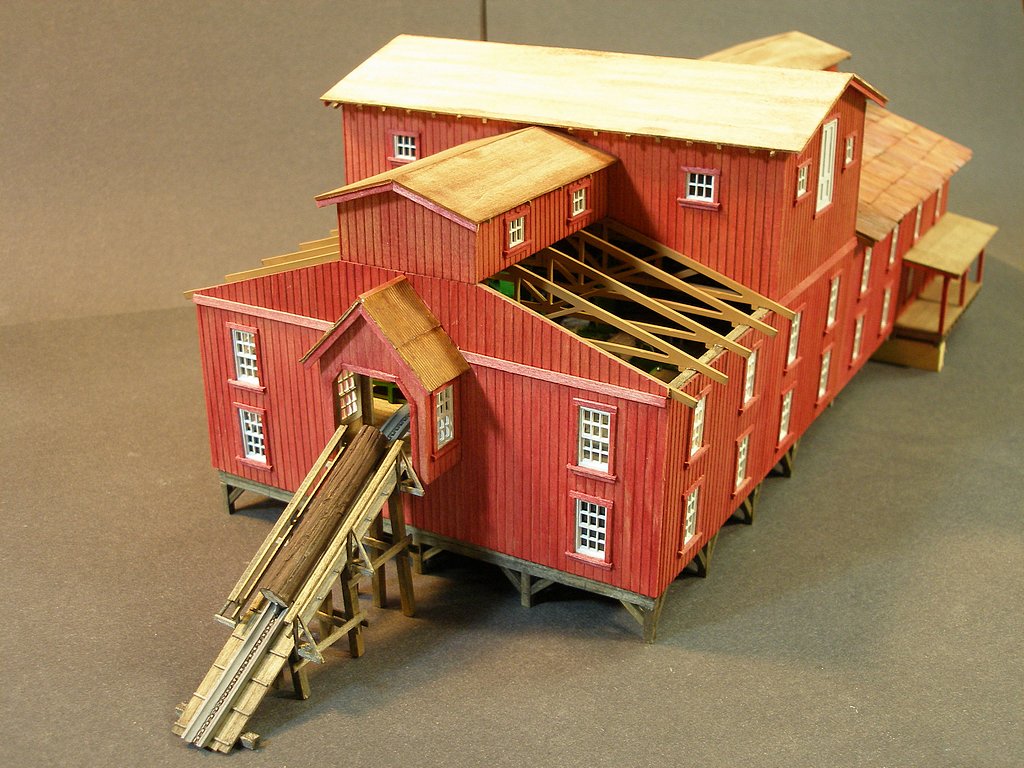 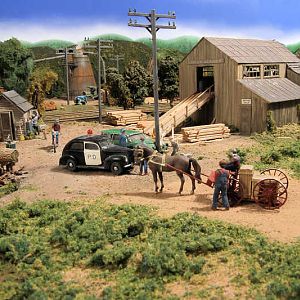 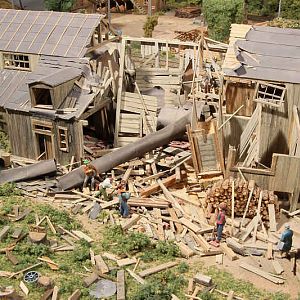 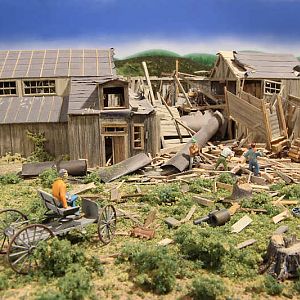 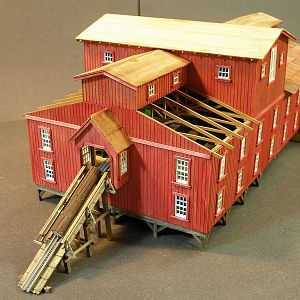 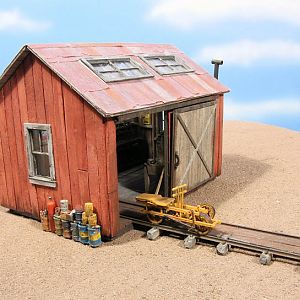 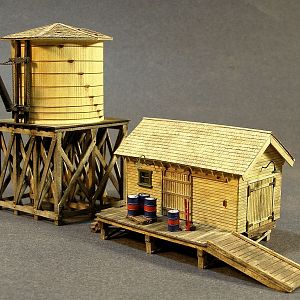 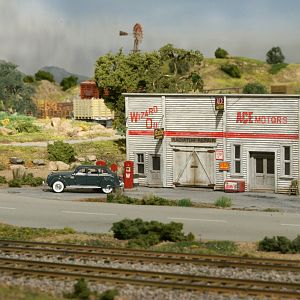 keystone bandsaw mill
Click to expand...
Hi Gary,
Those are all excellent photos you've posted here as well as your other shots.

This Saw Mill, I guess is reminiscent of many that were built for various logging operations in past times, but it definitely reminded me of the one at Johnsondale, Calif. that as a young boyscout I and others hiked down to see from Camp Whitsett, a four mile hike as I recall, in the Southern Sierra National Forest. We were given a tour of the Mill and actually watched as they were cutting lumber and how the logs were brought up from the Mil Pond by the heavy spiked, 'Jack-Chain' or 'Bull-Chain'
into the Mill an Saw Carriage. The Sawman who was in an enclosed area would have to use a lot of skill at times to rotate the logs as might be required. It happened while I was there due to some difficulty, I think he saw a metal spike or something in the tree?

Unfortunately I don't believe the Johnsondale Mill was ever served by any railroad.

Now at Sugar Pine in the Central-Western Sierras, just a little ways North of where I'm at, there was a Mill that was also similar if I'm not mistaken but I never really got to see it. It was served by the Sugar Pine Railroad that ran in the Southern edge of Yosemite National Park and there was actually a little settlement of Tipperary and the Tipperary switch along with some very precarious trackage!