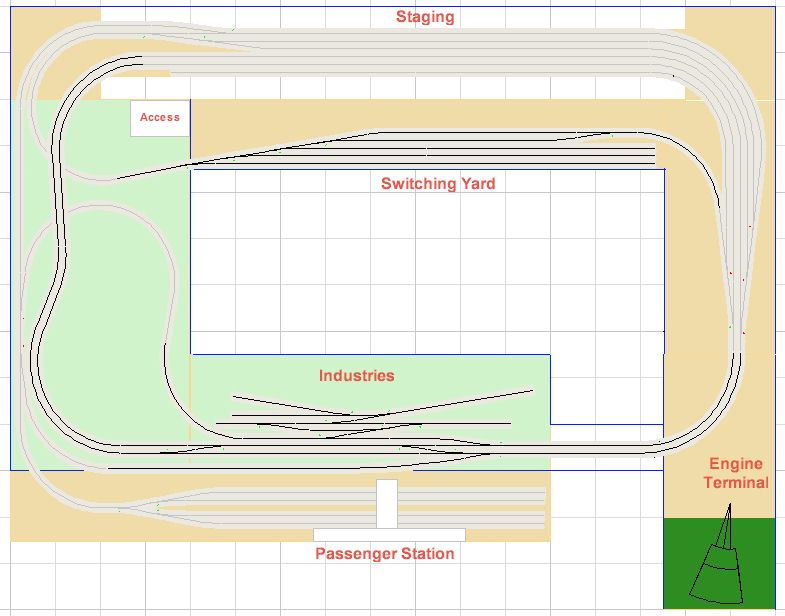 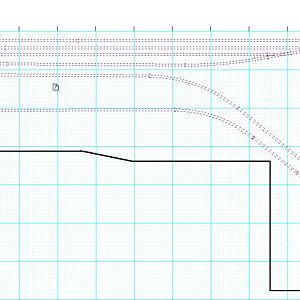 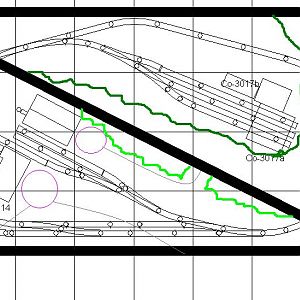 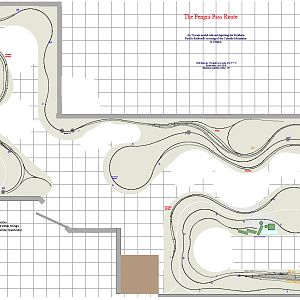 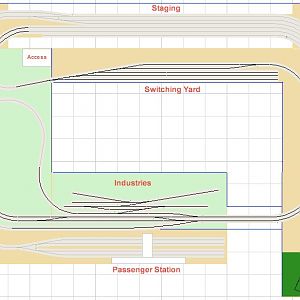 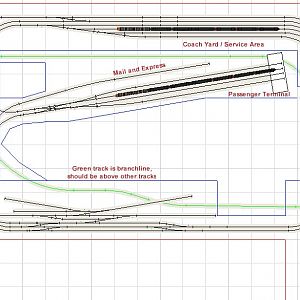 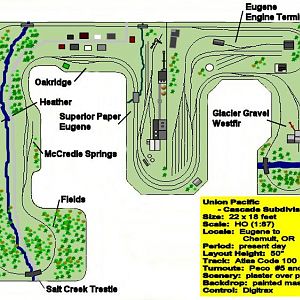 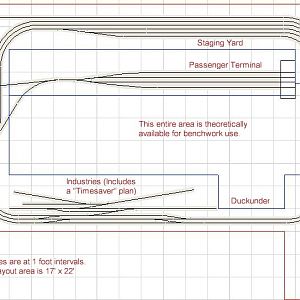 This is a revised design for my garage layout.

I've spent quite a bit of time reviewing various ideas and trying lots of concepts. During that time, a few of things became obvious.

1) While I could come up with all kinds of designs for double deck layouts etc, I don't have space for that without interfering with the storage that the space is also used for.

2) It's taken me over a month to come up with a revised plan I like. Granted, that takes time, but it also points out that I don't have time to build and operate an overly complex layout.

3) Viewing the existing space and what I have built now helped me eliminate some of the ideas I had as well as come up with this one. A lot of that was based on shelving and other uses in the room.

4) The passenger station will be the focal point of the layout. The building I'm considering using will cost a couple hundred dollars or more. Add in 2 or 3 passenger trains and you're looking at some serious bucks... If/when I get around to buying and building this stuff, do I really want it hidden 10 feet away from the typical viewer? Having it up front seems more logical to me. It can also easily tie into the industrial town shown.

5) Having some added routes and the ability to turn entire trains is important. Most of my original plans were just an oval with a couple sidings. That gets boring pretty quickly. This plan at least gives some alternates, and the working yard, along with a planned branchline, will add some operational interest.