Where should my tank cars go? An industry to model.

LGM and I ran across this AmeriGas Propane facility the other day. I couldn't help but think how it could fit into a compressed space on a layout. Hopefully, someone will find the photos useful for their layout plans. The proto you see here has a capacity of six cars and is built on a curved spur just off the busy CSX mainline between Birmingham and Nashville. A model version could easily be compressed to three cars and the curved layout might come in handy on shelf type benchwork where space is at a premium. For those so blessed, obviously a full size version is possible.

To be switched, the proto would put a crunch on mainline traffic. That seems to be common on model railroads, but this facility proves that the proto deals with the same issues on occasion. In this instance, the prototype can only switch pickups from northbound trains. There is no siding, just a single spur off the main.

Overall view from the CSX main.

A work-in-progress, the platform and a few local delivery trucks: 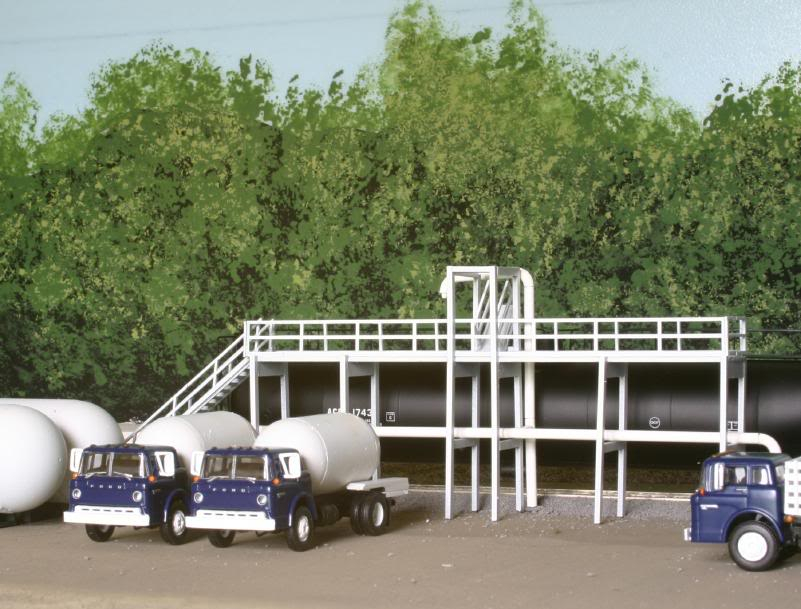 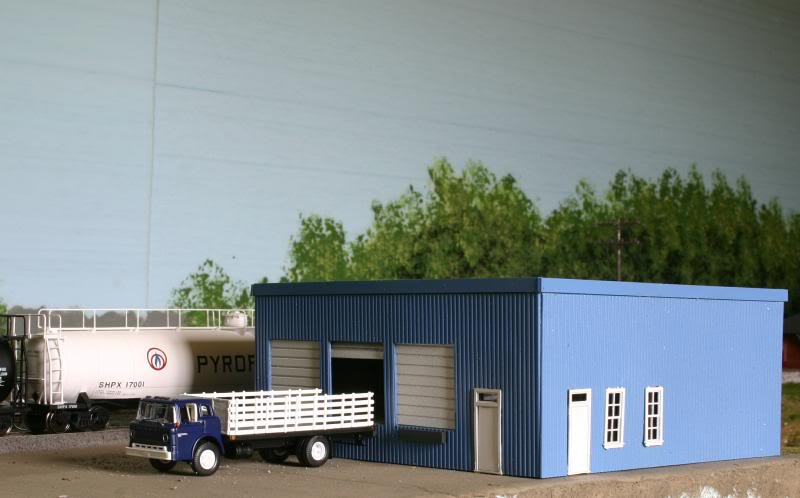 Totally scratchbuilt (well almost, except for the Athearn trucks)
Last edited by a moderator: Apr 22, 2007

Very nice stuff both of you.