tootnkumin said:
Didn't think you could adjust CV3 as it's the short address CV. If the loco's one of the early SD70ACe production, then there's only about 4 CV's available. They were supposed to come with the long address (CV17 & 18) already pre-set to the cab number at the factory. The newer editions say the have a DCC decoder in them (apparently in addition to the DCS one) which makes them compatible with other DCC decoder brands for consisting. Maybe, like the earlier DCC compatibles, it's still lacking many features we expect wit a full function decoder. Wouldn't surprise me.
Click to expand...

CV1 is the short address CV. CV3 and 4 are acceleration/decelertion.

bnsf971 said:
CV1 is the short address CV. CV3 and 4 are acceleration/decelertion.
Click to expand...

So it is, I went and checked my facts afterward, got address 3 confused with F3.
N

I've never had any interest in MTH's DCS system! Why would someone come up with a totally different system than what the NMRA's DCC system came up with. This question causes me to be leery of MTH's intentions! Therefore, I won't touch MTH's stuff with a 10 foot pole! There are far to many other manufacturers of DCC equipment to chose from than to waste my time sorting through MTH's stuff.

NP2626 said:
This question causes me to be leery of MTH's intentions!
Click to expand...

It does appear that his intentions were to be the one and only.
E

I never bought any MTH locomotives. I did buy their Daylight train. Their passenger cars are superior to what Broadway Limited offered, both in free rolling ability and especially in articulation joints. Better full width diaphragms. As for DCS, yes they seemed to want to be IT. Their reps would tell you that DCC was a fringe community at train shows (?!) Several club members bought their stuff. Most sold it off after moderate to severe heartburn. I understand its gotten better, but for me, no thanks!

blackz28 said:
the problem with cv55 =55 you need your system to read the decoder first
NCE cant read my MTH locos

Can't remember what CV55 is for now. (Resetting to default address 3?). If you can't use the program track to do programming, then it probably won't read the decoder in POM. Could also depend on the version. There were 2 PS3 versions. The early one didn't have advanced consisting, the later one did and the early one could be updated. As Alan noted, DCC is not MTH's primary concern. I have 2 Sountraxx Tsunami2's waiting to install into the ones I have with the early PS3 DCS decoders. That will involve total removal of that decoder.

Read my post "DCS/DCC Compatibility in O-Scale 2-Rail locos." under "GENERAL DISCUSSIONS", and you'll see why I returned my new Digitrax Zephyr DCC Controller and am staying with Mike Wolf's five-star "DCS COMMANDER"! 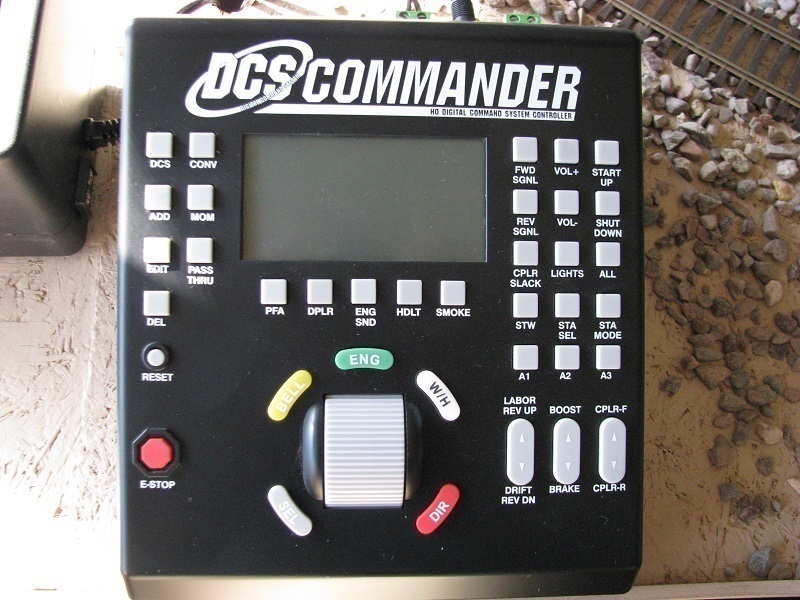