It keeps the couplings in line with the centre line of the coach, preventing them from over travel, while allowing the coupling to turn to some degree to accomodate tight radius corners.
I

armyairforce said:
It keeps the couplings in line with the centre line of the coach, preventing them from over travel, while allowing the coupling to turn to some degree to accomodate tight radius corners.
Click to expand...

The coach had its satin coat sprayed this morning and once dry, the couplers were attached again. While the open wagons look ok with the MLPR 0-6-2 loco, the coach looks oversize. It does however look in proportion with the scratch built loco. 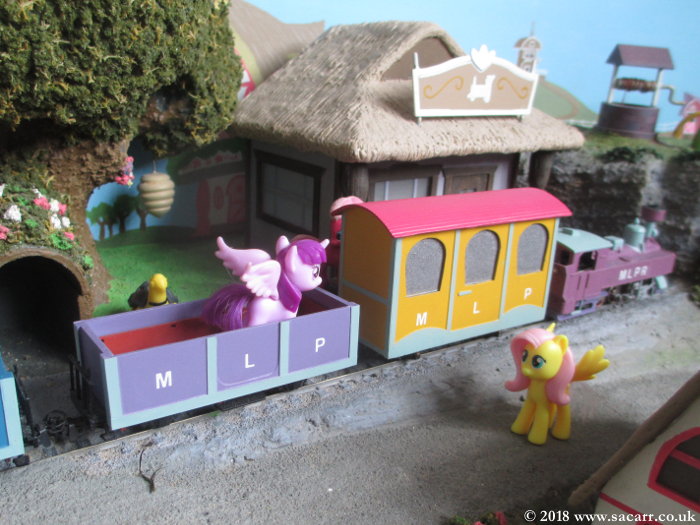 That loco has all its detail painting completed this morning and was then set aside to dry. 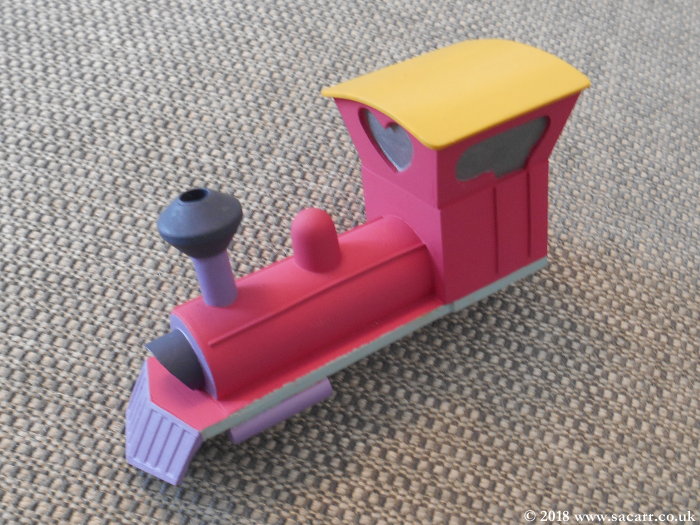 After a few hours with the paint hardening, it was sprayed with a few satin coats and left to dry again before assembly and being placed on the layout for photos. 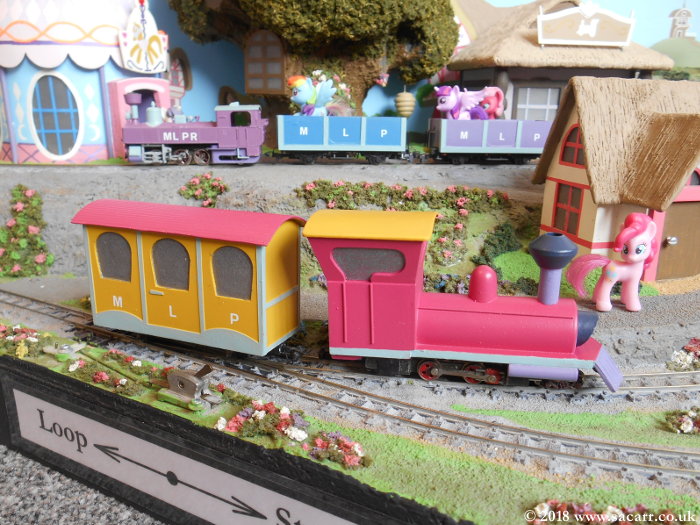 All three locos and rolling stock on show together. For now, the layout is complete again, so that's probably it for updates unless we decide on an extension to the line in future. 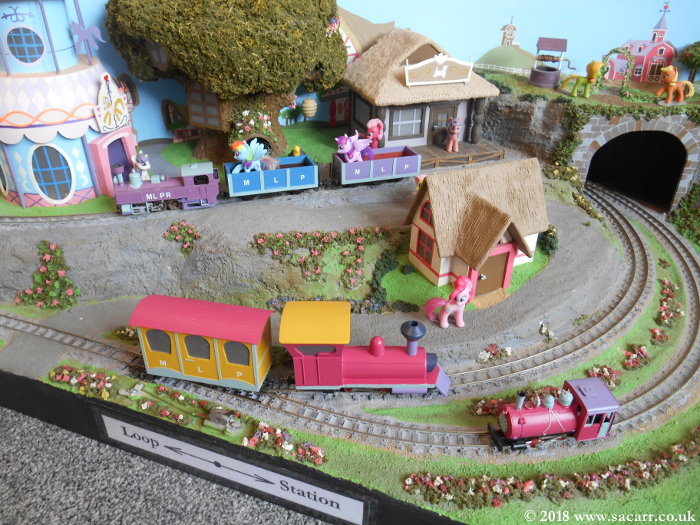 It's been an interesting and enjoyable journey building this unusual layout. I hope you've enjoyed the trip too.
I

armyairforce said:
It's been an interesting and enjoyable journey building this unusual layout. I hope you've enjoyed the trip too.
Click to expand...

Very much so! It's a fantastic build and was a pleasure "watching" it come to life.

It's been an interesting and enjoyable journey building this unusual layout. I hope you've enjoyed the trip too.
Click to expand...

Indeed, Sir, we have! Fantastic work!

The "My Little Pony" railroad is now due to make its first public appearance at the Tanfield Railway Steam Gala on June 15th, confirmed by email this morning. Princess Twilight and friends are rather excited about the outing.

You did a fantastic job creating the Equestria Railroad. It was really fun to watch it come alive.

Staff member
Have you booked crowd control staff for the layout as well?

That is very cool that your daughter her own RR. Great job dad!!!

Today was the big day for the ponies and their railroad! It was the Tanfield Railway Steam Gala. Tanfield Railway is the oldest railway in the world will be celebrating its 300th Anniversary in 2025. The steam gala is the main event of the year where in addition to the home based locos, guest locos visit, hauling both passenger and mixed freight trains.

I arrived while the trains were still being assembled and the coaches and wagons were being shunted around and moved to the main line. Here's a couple of shots from early morning. 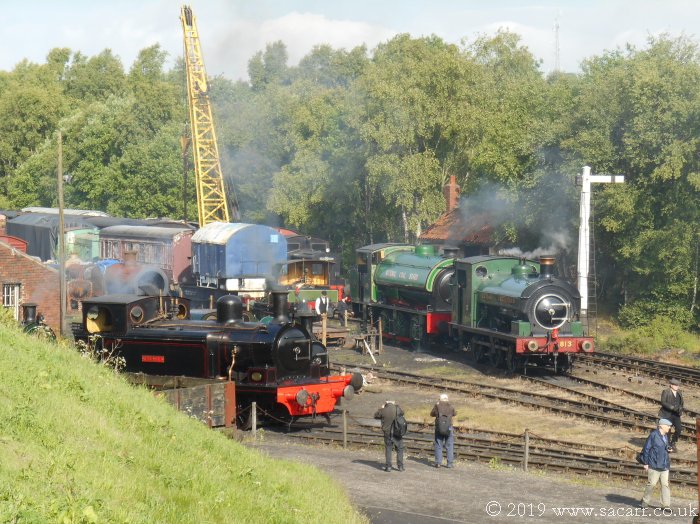 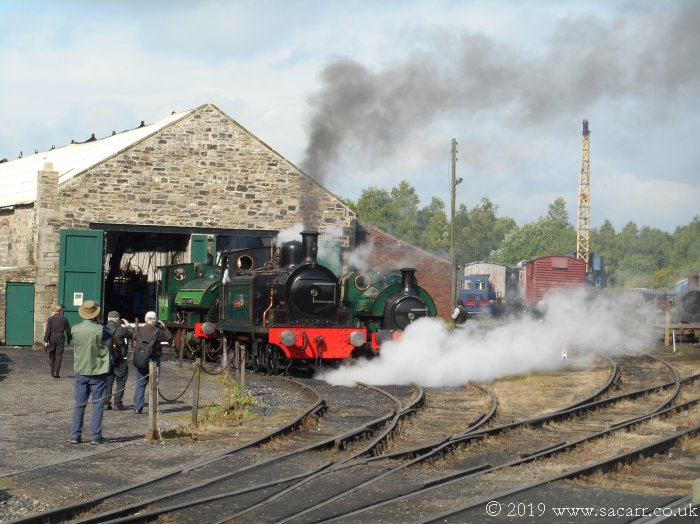 I started the day on my own as my daughter was at dance class, but she would join me around mid day. The layout was set up in the carriage shed, also being used as a loco shed on a temporary basis. The main loco shed, the oldest in the world still in use, needs roof repairs and its use is currently restricted. I set up the layout end on to the public so that both sides would be visible. The layout was overlooked by a much larger loco than I would be using. 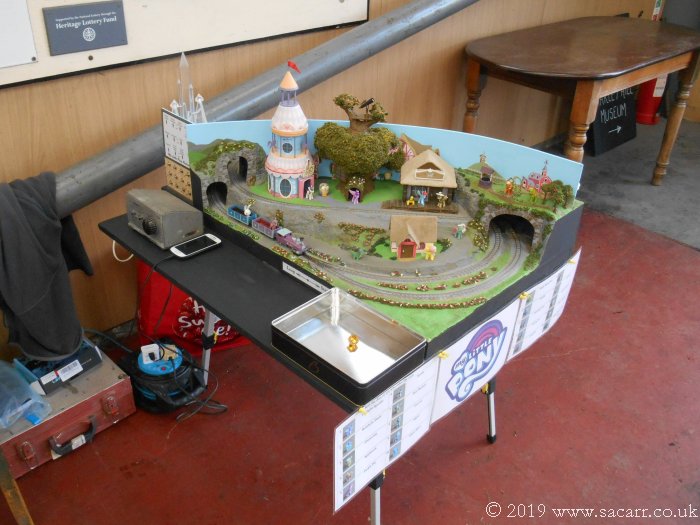 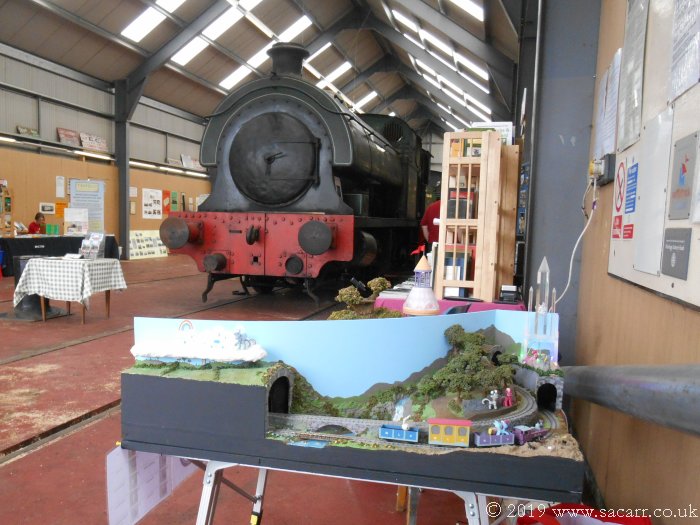 By about 12:30pm, my daughter turned up and took over the operation of the layout. There had already been lots of interest from children and parents alike. 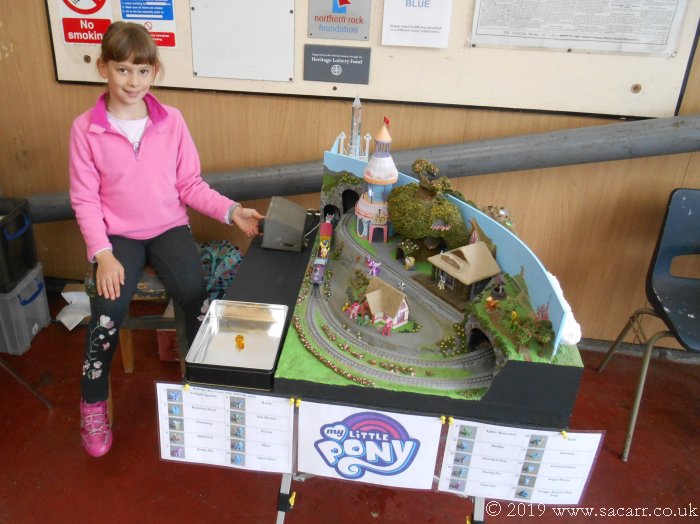 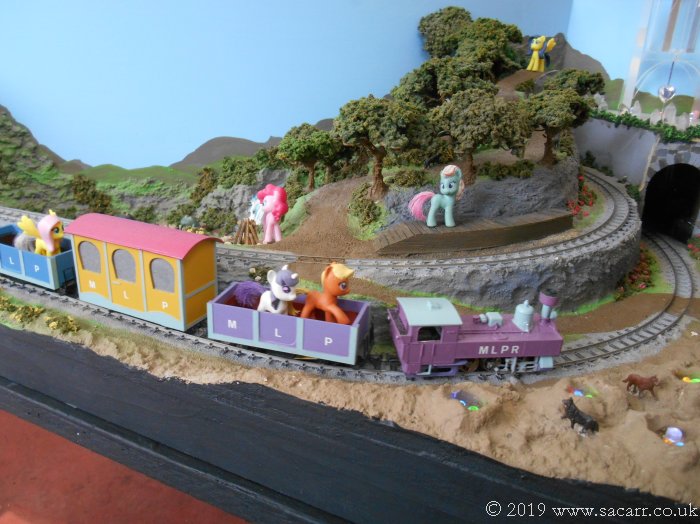 To give a bit of audience participation, I had printed out pictures of all the ponies, along with a number next to each one. Beside the layout, I had a 20 sided dice and gave the kids four rolls of the dice to pick random numbers to decide which ponies had a ride in the train. That too was popular. We had a great day and the railroad and locos performed faultlessly. 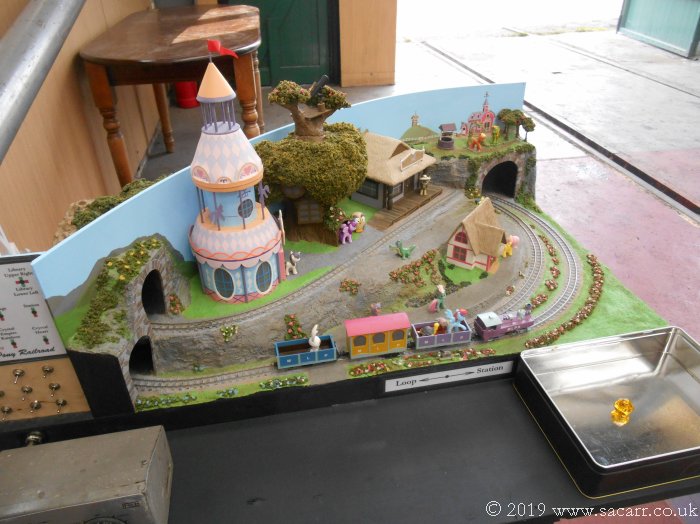 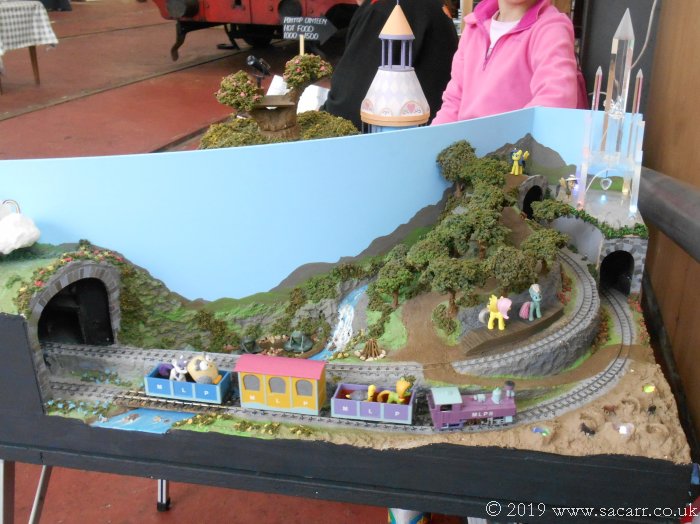 That's a great way to get the girls involved, although my 6-year old grand daughters like running the trains as well.