Here are two Walthers head end cars I found at a swap meet: 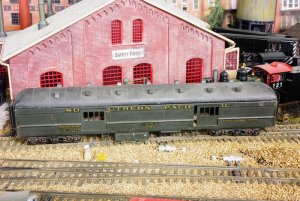 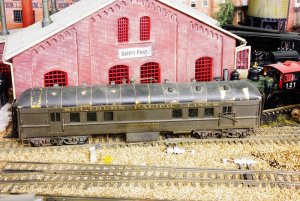 The baggage looks to be in fairly good shape. I will need to get rid of the decals before I repaint it, but I will probably do it in Northwestern Pacific 2-tone gray (I'm sure Charles Smiley will second this choice!) The RPO needs some work on the roof. I am thinking of doing it in UP Armour Yellow.

Here are a couple of old Tru Scale work cars I found at another swap: 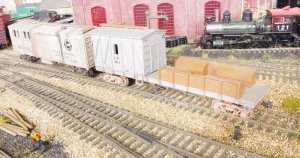 I repainted one of them as a Virginian car using N&W Historical Society decals: 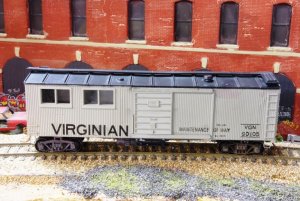 The other one is still in work. Maybe some progress photos later.

Nice finds! Keep us updated on your upgrades.
J 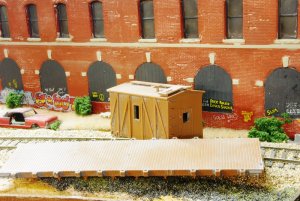 I am going to think outside the box on this one and discard the toolboxes and probably mount the superstructure in the center, rather than on the end. As far as paint, I could well be inspired by a couple of shots in Charles Smiley's WP Remembered DVD and do it in WP orange.
J

Here's a Revell hopper from about 1960. I added Kadee trucks and couplers. The N&W didn't have this style of hopper, but it's a substantial car with good lettering, and it takes me back to my early days! 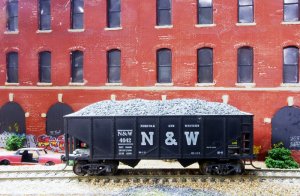 Here's a scratch building project I did about 30 years ago, before Stewart came out with a model of this car. I cut the basic car as a single shape from scrap wood on a table saw, then added weight, ribs and so forth, and a coal load. The center sill is a brass square tube filled with low melting point metal. 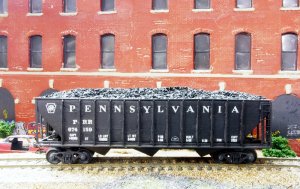 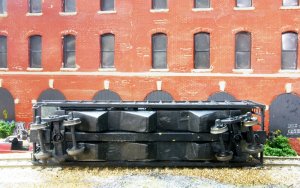 I like these cars because I used to see them all the time on the PRR in its last days. This one needs some tuning, some added detail, and some touchup. It still has dummy couplers, because I thought I was going to run it in a unit train, but I decided that wasn't such a great idea, so it will probably get Kadees as part of putting it in the layout operating roster.

Looks like you have been digging in places you forgot. I keep finding boxes I forgot about years ago with some great goodies. Found a few Tichy unbuilt freight cars and some old Silver Streak kit too. Have to either put them on the to do list or sell them.