For years, I've been following a interesting story of a Bessemer & Lake Erie 2-10-4 steamer. When B&LE closed their doors at the locomotive & car shops in Greenville, PA, a stored 2-10-4 #643 was bought, with the intention of restoration. From what I understand, it was restored to where it was fired, but never went down the rails. It was then stored in McKees Rocks, PA, at the old Pennsylvania & Lake Erie shops and sat there for years, until the building was condemned and torn down. So, it's been sitting outside, near there, just rusting away. I read a newspaper story, from a couple of years ago, that the owner was talking with the town of Tarentum, PA, about donating it to them, if they built a park for the old steamer.
That's the last reference that I can find online. The trail's gone cold.

The Akron Railroad Club was talking about it on their blog and were following the developments, but that also came to an end.

It's a interesting story and I would hate to see this beautiful, old girl cut-up for scrap or just rust away.

Can anyone shed some light on the story? 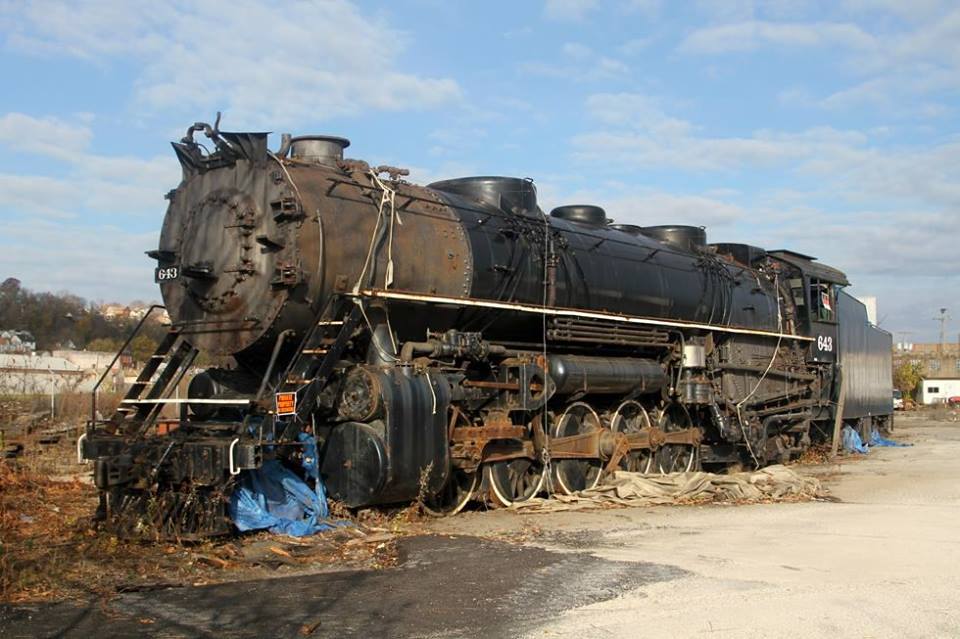 That would be a beautiful locomotive restored to its glory!

Staff member
Isn't that the one formerly owned by Glen Campbell?

Terry
Yes, one and the same. From what I understand, a family bought it originally from B&LE. They spent 1 million on the restoration. Which must have been their spending allocation, as the restoration ended before it was fully operational. That's when Glen Campbell (not the singer) bought it and placed it in storage. I might be wrong, but I believe he still owns her. I hope he makes a wise decision on her future.

migalyto said:
That would be a beautiful locomotive restored to its glory!
Click to expand...

Mike
No doubt. It was built by Baldwin in 1943. There was a sister, that was scrapped, so it's the last of it's kind. A part of history that needs to be preserved.
D

I am friends with Glen. Very nice guy, and I talked to him on Saturday. Many plans fell through, through the years due to its size and cost to move. He loves this engine and talks about how smooth of a ride it was. It was restored to running conditions, but obviously not now. Copper thieves and stupid vandals make it hard to afford to keep it up. There is a long term plan for it to be in a museum in the area, but right now, baby steps as the funding isn't there yet. I hope to do a video of him one day. Like I said, he is a really interesting guy to talk to, and he lights up when he talks about his steamer.
T

Enough to make you cry!

Update - The Age of Steam Roundhouse Museum in Sugarcreek, Ohio has acquired the 2-10-4 steamer #643.
They started the move this fall by removing the tender trucks and transporting them by truck to the Museum.
They concluded that it would be easier to move in pieces, rather than as a whole unit because of its size and weight - 108' long, 16' high and 309 tons.
If interested, you can follow up on their website: http://www.ageofsteamroundhouse.org/
Last edited: Dec 1, 2019

max diyer said:
Update - The Age of Steam Roundhouse Museum in Sugarcreek, Ohio has acquired the 2-10-4 steamer #643.
They started the move this fall by removing the tender trucks and transporting them by truck to the Museum.
They concluded that it would be easier to move in pieces, rather than as a whole unit because of its size and weight - 108' long, 16' high and 309 tons.
If interested, you can follow up on their website: http://www.ageofsteamroundhouse.org/
Click to expand...