Newbie after your thoughts

Living in the UK and knowing very little about US railways, I thought it would be only sensible to build a US themed layout. Now over there in the USA, I see lots of what I'd call a system layout, huge basement filling layouts, with hundreds of feet of track.

Now in England thats not possible, our houses arent as big as yours (at least mine isn't), so all the space I have to play with is 9' by 18". As I said before I don't know anything about US prototypes, but browsing the web at looking at the beautiful HO models (you guys don't know how lucky you are, American stuff in some cases is 10 years at least ahead of British stuff), I'm quite keen on the looks of the Conrail locos and the CSX locos, judging only by the livery.

I found a couple of plans on the internet and wondered what your thoughts were.

I'd say mix the two, and buy some 4 axle units, like GP38-2's and do the switching. Looks like it could be real fun!

Hi Fred and welcome from Buffalo . You should talk to Steve and Johnny they live over there in the UK and have some nice layouts they could probably help you quite a bit ! Good Luck !
Q

I like both of them plans, not really sure what one I would pick. Maybe if you could figure out how to join them together such as Josh said.

This is a small 2' x 12' layout that I built just for something to do and take some pictures on. It's a little longer then you wanted but it could be shortened up some. You could also probably keep the right side as is and maybe add a small yard to the left side. 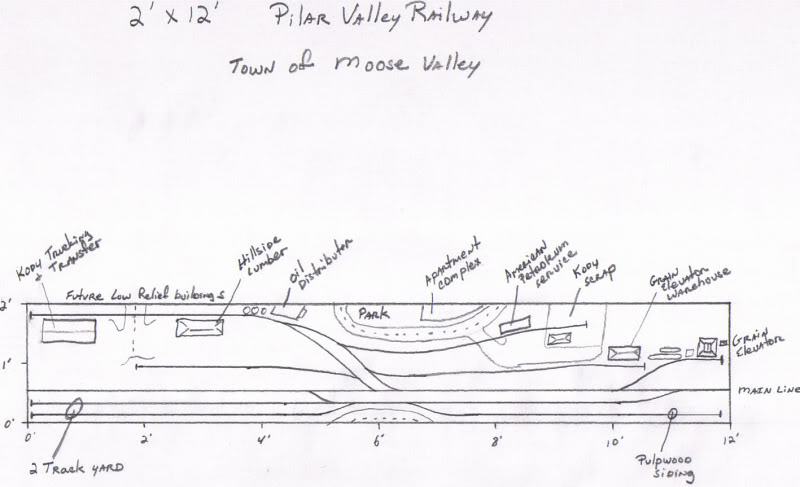 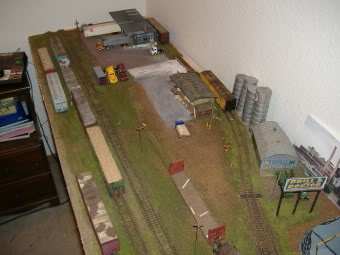 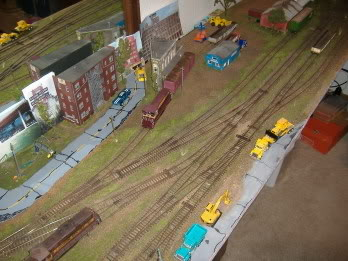 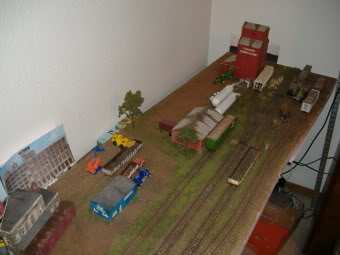 Looking to the left end 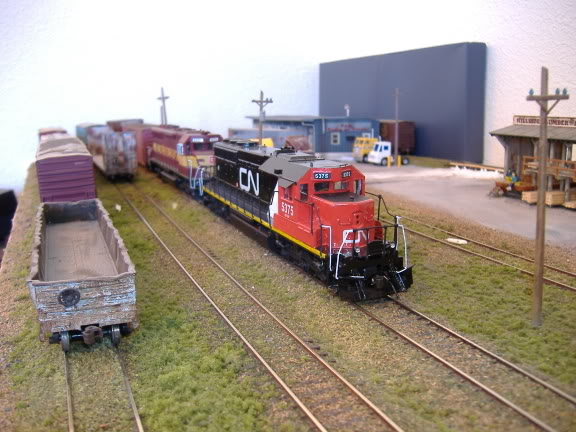 Looking to the right end 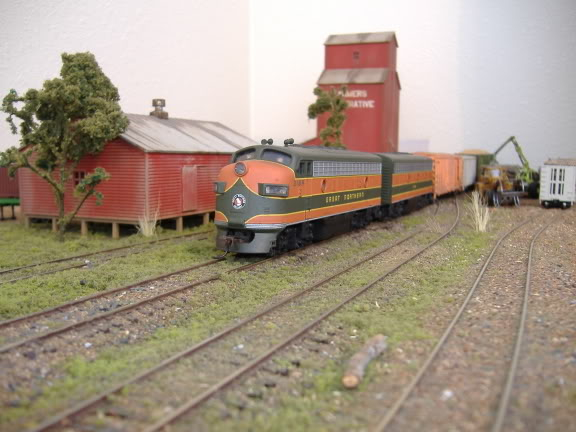 Looking across the middle 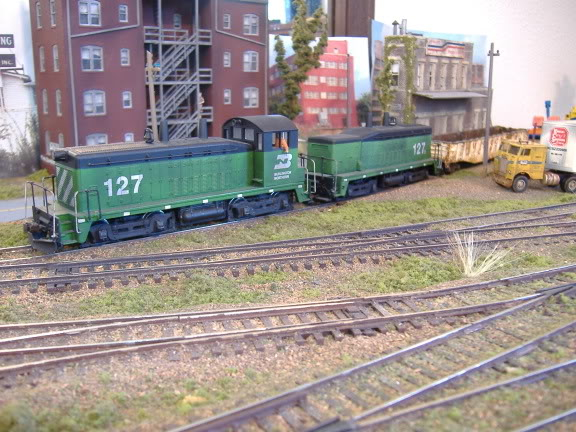 Welcome Fred i am in the process of reverting back to a UK model from American. One thing regarding roadnames which influenced me and my decision to model the BN in HO scale
Popular roadnames names like Santa Fe, Burlington Northern (BNSF), CSX ect have models made en mass, as apposed to some of the smaller railroad names which are sometimes hard to find in our little country so importing them is the only option which can cost a fair amount in import taxes etc, With this i went for the BN, and as with the BN they hired in loco's from other railroads like Conrail, Santa Fe, Rio Grande so i built up a nice mixture of other roadnames. Now i'm back with mid 90's UK stuff and am currently rebuilding my layout to a British quarry scene operating ballast trains and so on.
You must log in or register to reply here.
Share:
Facebook Twitter Reddit Pinterest Tumblr WhatsApp Email Share Link