Staff member
In my opinion - the Lowey Paint Scheme wins hands down!

Both you guys make good arguments on the cost aspect.

Sirfoldalot said:
In my opinion - the Lowey Paint Scheme wins hands down!

Both you guys make good arguments on the cost aspect.
Click to expand...

I agree on the Lowey Paint Scheme, my problem is it came out in 1954 and I model 1953. Would one year really make that big of a difference? No, as I'm not a hard core stickler about following the prototype. Maybe someday I will make a Lowey schemed train. Just not terribly important at this late date.

I agree on how expensive this hobby could be. 90% of my stuff is purchased at auctions and estate sales. Yes I have some JUNK in the mix, but I have some really cool stuff as well....Now to get it running and working.
N

I had purchased a bunch of MDC Roundhouse and Athearn Freight Cars, the first 10 years I was in this hobby. I sold off many of these cars on Ebay when I decided to replace most of them with more detailed cars, like Branchline, Proto 2000, Red Caboose, Intermountain and other more detailed kits. When most modelers felt that these more detailed kits were too difficult to build; or, the manufacturers learned they could sell more by offering them as pre-built RTR, this is when the prices of rolling stock went absolutely bonkers! I also determined that the details on the more detailed cars were not noticeable in HO when the cars were being pulled around in a train and that distinguishing the difference between the highly detailed cars and the old MDC/Roundhouse and Athearn cars really didn't make much difference to me. So, the hobby took a tack with the pre built and higher prices of rolling stock, than I was willing to follow! Now, my only requisite for rolling stock purchases is that it is a kit!

Possibly, some of you who have purchased built Athearn and MDC Roundhouse freight cars off Ebay have purchase some of my old rolling stock.
Last edited by a moderator: Jan 13, 2020
N

NP2626 said:
Latest Project, this is a MDC Roundhouse Ten Wheeler with added details to make it look like a Northern Pacific S-4 4-6-0. It also has a TCS WOW101-KA sound decoder and Keep Alive capacitor system. 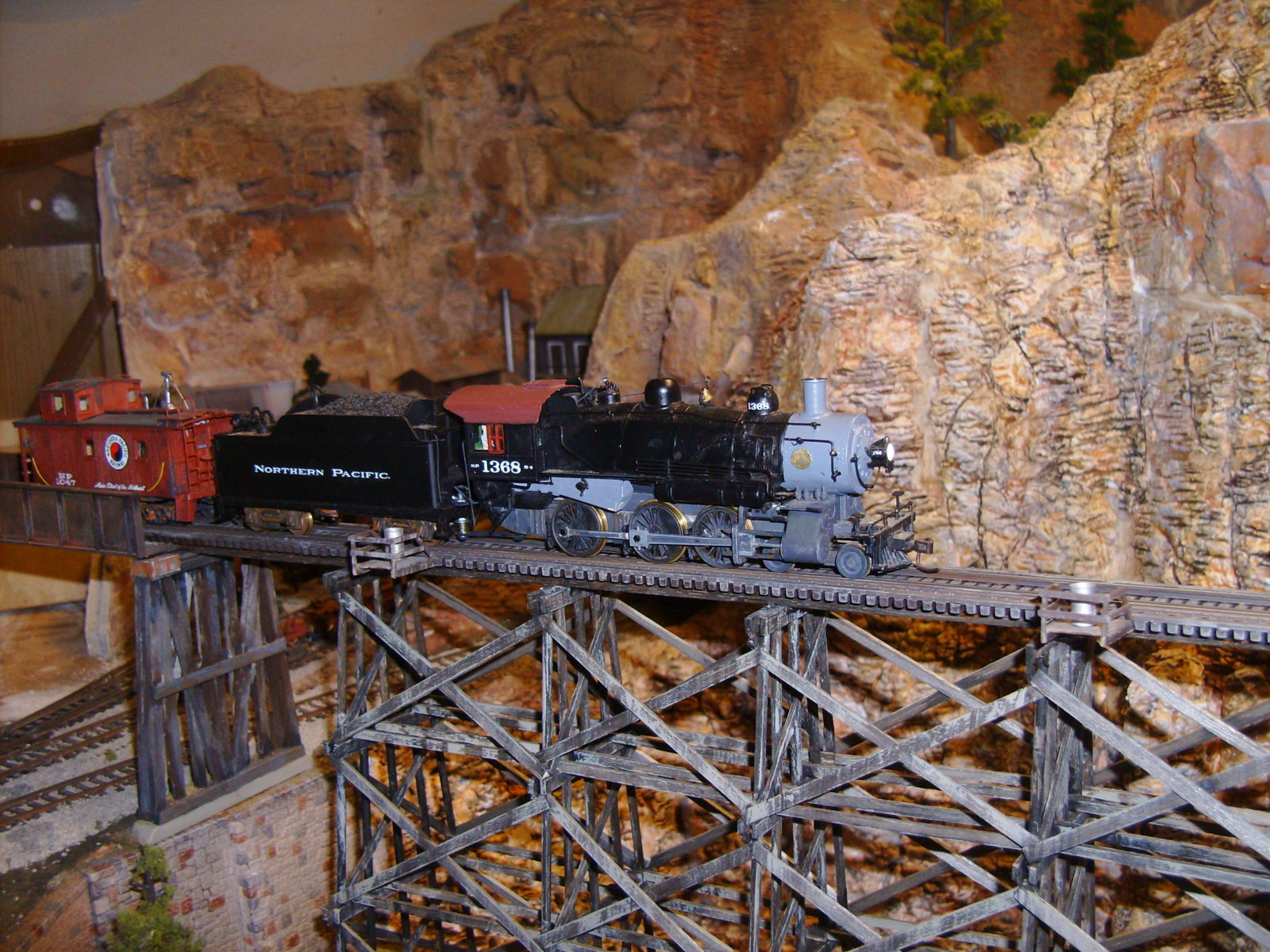 I have to say that the above locomotive has given me FITS! In particular the TCS WOW Steam KA decoder installation has been the problem, couple this with a new Zephyr Express and it's like I need to learn DCC all over again. For the past month almost, I have been attempting to get the locomotive to work properly. I work on it a couple of hours, get totally frustrated and set it aside and work on something else. I'm not going to list the problems with it as I am in contact with TCS about what is going on; so, I don't need 4 more opinions on how to fix it. The reason for this post is simply to let off some steam about how frustrating the hobby can be at times. I have installed non-sound decoders in 10-15 locomotives with good results. This is the second sound decoder equipped locomotive I have done and neither one worked out very well!
Click to expand...

Chet, I think you may have misplaced the above post!

I did. Thought I deleted it.
N

The Roundhouse 10 Wheeler is still on the bench. I can say that I love the TCS 101 Steam sound! Very realistic!
N

I have an ABA set of old Athearn F-7s that I painted and decaled for the Northern Pacific (they came in Green which was a mistake on Athearn's part as all N.P. Freight units where black and not green). I have powered one A and the B Unit with NWSL motors which has made these locomotives wonderful and smooth running pullers! The un-powered A unit still has a cheap decoder in it that turns the headlight on when the unit is backing up. I decided it would be nice to have a cheap sound decoder in this unit, so the set would have some sounds and purchased a Digitrax sound and light SFX0416 Decoder to put in the un-powered A unit. Last week I installed this unit and could not get it to work. I talked with Digitrax about it and we decided to send it back to the manufacturer. So, I now have three strikes against me as far as installing sound in a locomotive is concerned!!!

NP2626 said:
So, I now have three strikes against me as far as installing sound in a locomotive is concerned!!!
Click to expand...