Recently I attended a swap meet and train show in the old Northern Pacific depot in Livingston, MT.

I had no idea that there was a model railroad club there. They have an outstanding layout with some excellent scenery. It occupies three rooms in the basement of the depot where the have a large HO layout, plus an O and an N scale layout.

One part of the layout that really impressed my was the recreation of the Northern Pacific station in Gardiner, MT which the NP operated into the mid 50's. The people who built this particular part of the layout researched the old station using photos fro the Museum of the Rockies and set the period in the 30's.

I didn't go into the the Museum of the Rockies photo archives, but do have this old post card showing the station.

Here is a photo of the scratchbuilt station on the Livingston's club layout.

Using old photos of the area, many buildings were scratch built and the area around the loop where the station was was recreated as well as the locomotive thet the Northern Pacific used for the train which brought passengers from the depot in Livingston down to Gardiner which is the north entrance to Yellowstone Park.

Here's a short video of a train pulling into the station. When th train first enters this par of the layout, I noticed a recreation of what is called the Devil's Slide, the two brown areas down the side of the mountain. These are easily seen when driving from Livingston to Gardiner along US-89.

I'll add to this post later. I have a few video's, but only one can be pot on a post at a time.

Here's a short video of the train leaving the station.

I totally agree. I don't live far away and have driven to Gardiner numerous times an they did a fantastic job of recreating the scenery that is in that area. I tried to post some larger photos, but the full size ones were cropped. They have buffalo and elk which had to be repainted to the proper colors and even have a couple of bears climbing up the power poles.

Here are a few more photos from the layout. 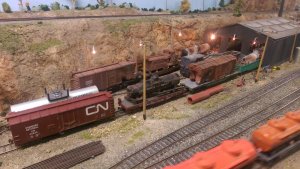 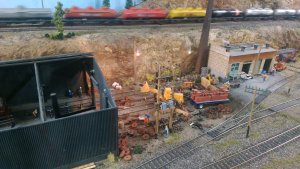 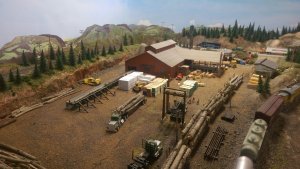 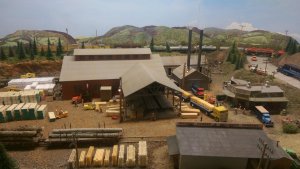 They really have done some nice detail work and the scenery captures this part of the country quite well.

Did some hunting around on the Museum of the Rockies web site and came up with some old photos of the railroad in Gardiner. 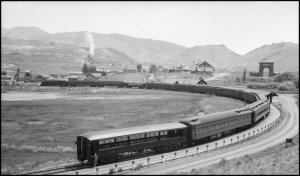 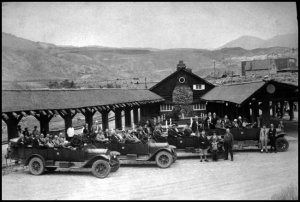 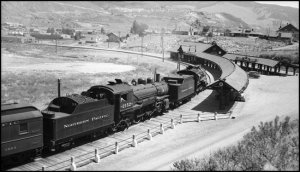 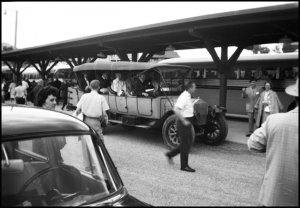 Here are a few more of the old photos. The first one looks like they're having a bit of a traffic jam. 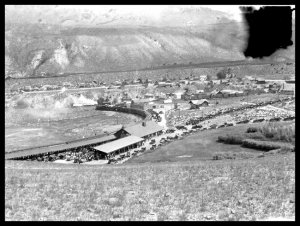 The next two are apparently the handling of freight in Gardiner. 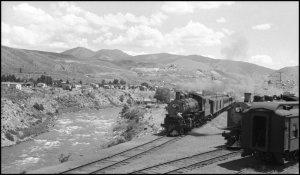 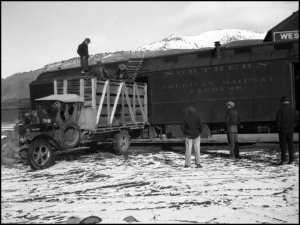 The last one is a more modern photo. This rail service ceased in the mid 50's. 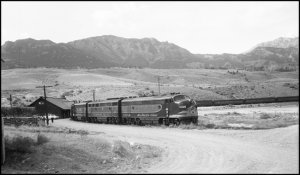 Staff member
The more I see of that layout Chet, the more I wonder if I can influence my clubs remodelling efforts. Looking at those pictures of how busy the station was and the length of the train serving it, it's strange how that traffic could wane.

We have visited Gardiner and the Roosevelt Arch at Yellowstone a number of times in the past 30 years. I would have liked to have seen the train station back in the 20s and 30s, but these photos are the next best thing. You can still see the railroad grade today and it is visible on photos from google earth as well. The layout in Livingston is well done and is an encouragement to me for the scenic build of my railroad.

One last video of the Gardiner area on the layout. In the video, there is a stone building to the left of the arch. Nixon, the official NP photographer stayed there when he was young.

The Gardiner public school now sits in the center of the loop.
Last edited by a moderator: May 2, 2017

Chet-- excellent stuff!! Right up my alley, thanks for posting!

tootnkumin said:
The more I see of that layout Chet, the more I wonder if I can influence my clubs remodelling efforts. Looking at those pictures of how busy the station was and the length of the train serving it, it's strange how that traffic could wane.
Click to expand...

The automobile killed it toot. Today I think nothing of getting into a car and heading to Chicago and on to Indiana where we visited relatives back in the 50's and 60's. It was difficult back then because of the roads at the time. There was no interstate system back then. I used to really enjoy the trin trip on the North Coast Limited to Chicago and then take the South Shore Line into Indiana. Took a day and a half. Trying to drive that back in the 50's and even the early 60's would probably be at least a three day trip. 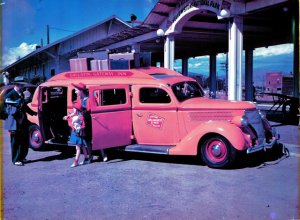 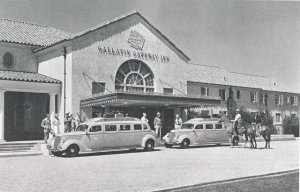 The Milwaukee Road ceased their service in 1952. The Northern Pacific ceased their regular service to Gardiner in 1955 I believe, but did run special trains to Gardiner for a couple of more years during the summer months and did also occasionally bring freight to Gardiner. for a few more years. As the roads slowly improved, people wanted to drive instead of riding the rails.

For me a drive to Gardiner is about 90 miles. We don't think much about that today, but years ago that was a different story.

Then there were the Milwaukee street cars traveling up and down North Avenue. I remember the trolley poles coming off the overhead wires and the street car stopping in its tracks until the motorman could reattach the pole to the wires. Many accidents when vehicles struck the street cars which traveled down the middle of the street.

Here are a few more photos from th elayout. Can only post 4 at a time.

The first are a town. There is an operating trolley running, but not in the photo. 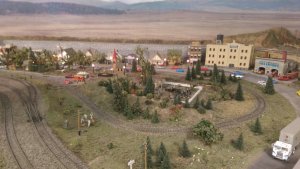 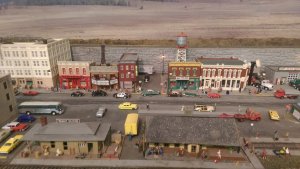 The next two are of their roundhouse and engine facility. 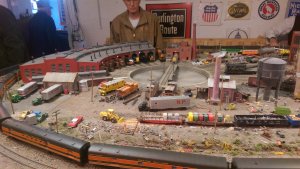 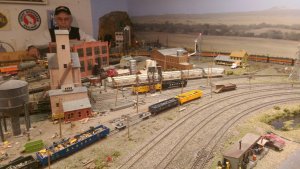 Here's another video of the train that usually runs to Gardiner out on the layout. It had just run behind the town in the photo above and is climbilg up the grade.

Gere are a few more photos of the layout.

They have a narrow short gauge line running from a mine. 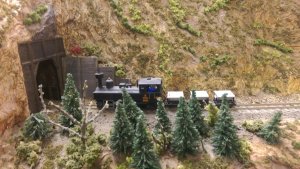 And a small quarry scene. 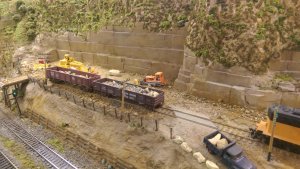 Here's another short video of an SP&S Challenger. It had a cattle car equipped with sound. Sounds like the steers were having a party.

Here's one last video taken by James Willmus not during an open house traveling through more of the layout.