In March of 2018 I bought and received a new Lionel Legacy EMD NW2 Diesel Locomotive, Baltimore and Ohio #9527 (Built to Order) 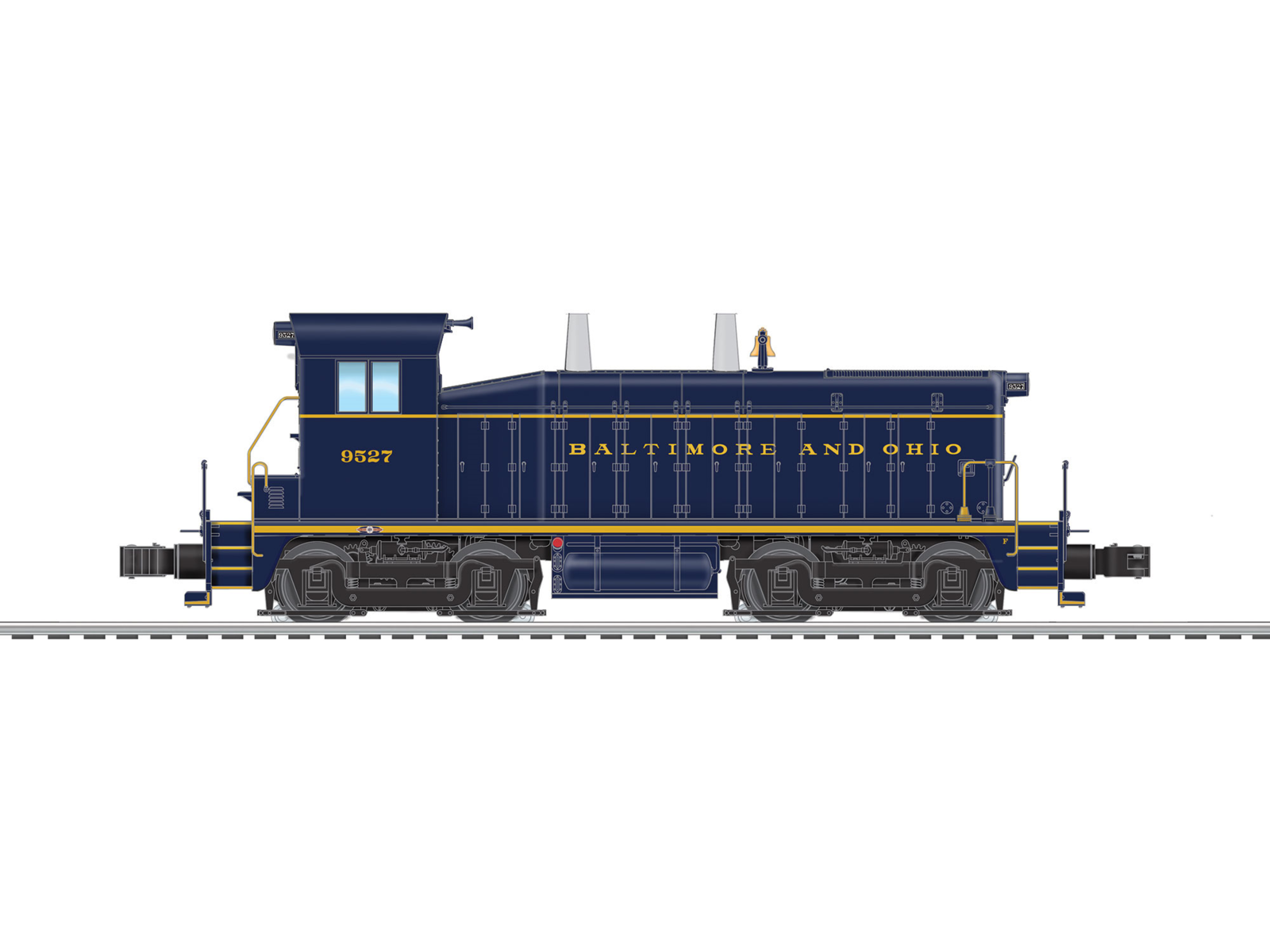 In December of 2017 I had disassembled my layout when I moved. I have yet to rebuild my layout. With no permanent layout I never tried out my new purchase or even opened the box.

In December of last year (2019) my 1994 Lionel Christmas RS3 began to have problems running on one of my Christmas layouts. I thought it would be a good time to open the box and try out my new locomotive. To my surprise the wheels were locked up. Needless to say, I was disappointed.
Being that it was only a few weeks before Christmas I did not want to burden Lionel at such a busy time. I waited until after the first week of January to call them. I had plenty of other locomotives to fill the void.

I thought the new locomotive was still under warranty, but when I searched for the receipt, I was disheartened to learn it was 10 months past the 1-year warranty. The older we get, the faster time goes by, as many of you already know.

I decided to call Lionel anyway. I was hoping they would tell me it was something simple I could easily fix myself. When I spoke the Lionel service representative and explained my plight I was put on a brief hold. When he came back, I was more than pleasantly surprised to learn that Lionel would repair my locomotive, at no charge! I again reminded him that the warranty had expired 10 months ago. He said he understood, but his supervisor told him take care of it for me.
Not only did they repair the locomotive for free, they paid for shipping, both ways! I received a shipping label and the RA # in my email.
Less than 3 weeks later my locomotive was at my front door.

Not only has this increased my faith in Lionel, it has reaffirmed my Loyalty. I have yet to get started on my layout, but I have already picked out several items from the 2020 Lionel catalog. I buy with confidence from Lionel.

I had trouble removing a lower gear cover from a Athearn locomotive so I email support at at Athearn. I told they of my trouble and I was afraid I would damage the cover when I removed it. Athearn support said just let then know if I did damage to the cover and they and they would sent a replacement at no charge since it was only one cover.

Well....I did break the cover and emailed Athearn and within a week I had a new cover at no charge.

Bruette said:
In March of 2018 I bought and received a new Lionel Legacy EMD NW2 Diesel Locomotive, Baltimore and Ohio #9527 (Built to Order)

Not only has this increased my faith in Lionel, it has reaffirmed my Loyalty. I have yet to get started on my layout, but I have already picked out several items from the 2020 Lionel catalog. I buy with confidence from Lionel.
Click to expand...

Had Lionel been making the good stuff in my formative modeling years I might have gone a different direction. In my era O27 reigned as young people left to slot cars, RC planes, and other interests. They attempted to attract people back by focusing on lower priced things and the quality went away. The only good Lionel back then was the vintage stuff that was being gobbled up by the collectors and prices were through the roof. I was so happy to see the Century Club offerings in the late 1990s. I am glad Lionel has returned to its roots on its Legacy line.

Iron Horseman, first off, It's good to hear from you. I'm looking forward to the return of your Christmas forest. I know first hand that circumstance often dictates what we can and can't do. This year I only managed two Christmas trees with trains, not what I hoped, but I was happy with it. I always keep hoping that one of these years I'll get done everything I want to do for Christmas. I'll keep you and your forest in my hopes as well.

I marveled at those colorful MPC era O27 Lionel trains in the stores, but living in a small apartment with not much money was not ideal for buying Lionel trains. I daydreamed over Lionel store displays and the TV commercials, but I never bought one until 2012. I do have many of those MPC era and other older Lionel trains now thanks to eBay. In my experience those O27 MPC era trains are reliable, but certainly not prototypical and they are not much on details, but I love them!

When Richard Kughn bought in Lionel in 1986 he brought with him an emphasis on quality, but it had it's costs.

Lionel, LLC (est 1995) has really stepped up quality at the top of the line far ahead of anything prior. After the legal troubles ended in the early 2000s they really stepped their game with Legacy, Vision Line and others. They have accepted a higher rate of problems with new products, but they do stand behind everything. Nearly all manufactures, in most trades have accepted lower cost/higher production as a trade off with higher new failures rate. From my experience if it's good out of the box it will be reliable, regardless of price point.

As long as they keep making great products and stand behind them, I'll keep buying. I just hope I'll find time to play with them!

Staff member
LOUIS, first off- it's good to hear from you again ... second - hearing of your trouble with the "out of date warranty" and the way Lionel stepped up to the plate to resolve the issue is first-rate, top-notch! I really like hearing of this type of resolution to a problem.
I hope that things are well with you and the family; it would be nice if you could stop in a little more often ... almost time for baseball again and BORIS needs help keeping me up to date.

Louis: Nice to see your posts.

If Lionel would be willing to spend a Billion to re-tool its entire product line, then we could have across the board Realism!

Brakeman Hal said:
If Lionel would be willing to spend a Billion to re-tool its entire product line, then we could have across the board Realism!
Click to expand...

I can be OK with O-gauge for ever. I would love to go to Proto-48. That would require not just Lionel but all the manufacturer's changing all their wheel/drive/chassis components and track pieces simultaneously. Doing so they would be kicking 75 years of history of modeling history in the face, obsoleting almost every piece of existing O equipment and track out there.

Sherrel and Boris, it's good to be here.

Baseball - what's the odds on the O's winning the world series? Put me down for a sawbuck. Regardless of the outcome I will enjoy the 2020 season!