Chasing Down a Short

Last evening I noticed one of my power districts was shorted out. I had been tinkering with a locomotive project for awhile and just didn't have the ambition to start troubleshooting this.
Today, that was priority one, find the short. I had recently put several locomotives on the rails, BLI with the older, high draw decoders. I took those off the track but still the short was there. I checked all the turnouts in that section but they were all good.
I had been installing 28" wheels on auto racks over the past couple days and two of them had metal trucks. OK, which ones were they. Turns out, the shorted metal trucks didn't short all the time, so I ended up removing them all from the track until the short was truly gone and the two BLI locos ran without stuttering.
I found the two auto racks and discovered that I had installed the 28" wheels with the insulation reversed on the two axels of one truck on each car. I corrected them and put the auto racks back on the track. The locos continued to stutter though. Looking closer though I discovered that the truck frames were close enough to the rails to arc. OK, I pulled those trucks of and replaced them with the plastic trucks with the 28" wheels installed.
All better now. 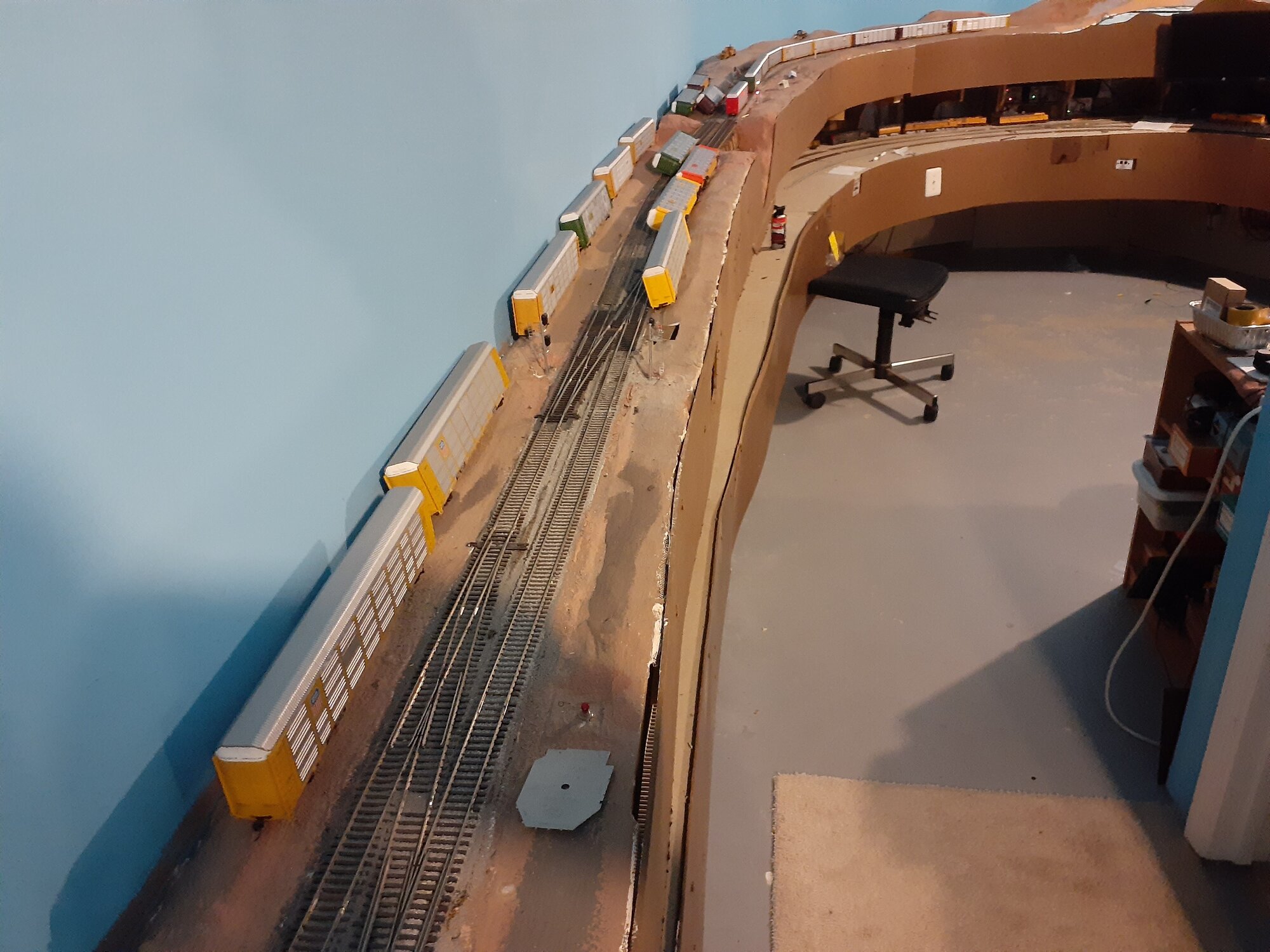 Electrical issues can be frustrating! Glad you got it sorted out, Ken!

That happened on a club layout years back, I’ve been diligent with the orientation of wheels to this day!

I have also resolved to not ever use the 28" wheels on metal sprung trucks.

D&J RailRoad said:
Looking closer though I discovered that the truck frames were close enough to the rails to arc.
Click to expand...

How low can you go?

My worst shorting problem was several days before the informal group I belong to was coming over for a meeting and my mainline kept shorting out. After two days of searching it turned out to be a short piece of .032 solder wedged between the rail heads and causing the short.

Shorts are terrible. So easy to fix if you can find them. I also had a short, one of the DCC ready turnouts had a glob of solder touch rails. I never seem to have shorts though on the programming track.