Do I have your attention Rick??? LOL Well here is the prototype, and I finally found an extra wide vision cupola. Let the fun begin!!! 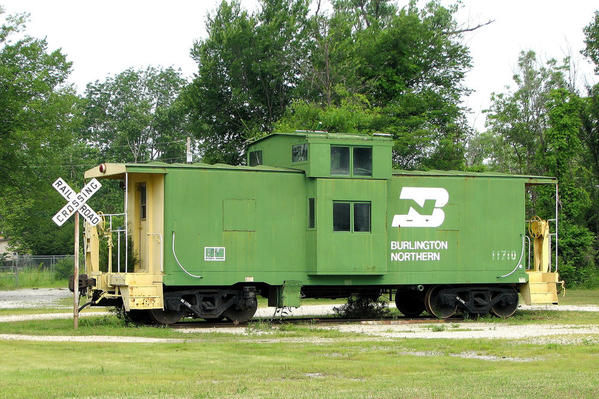 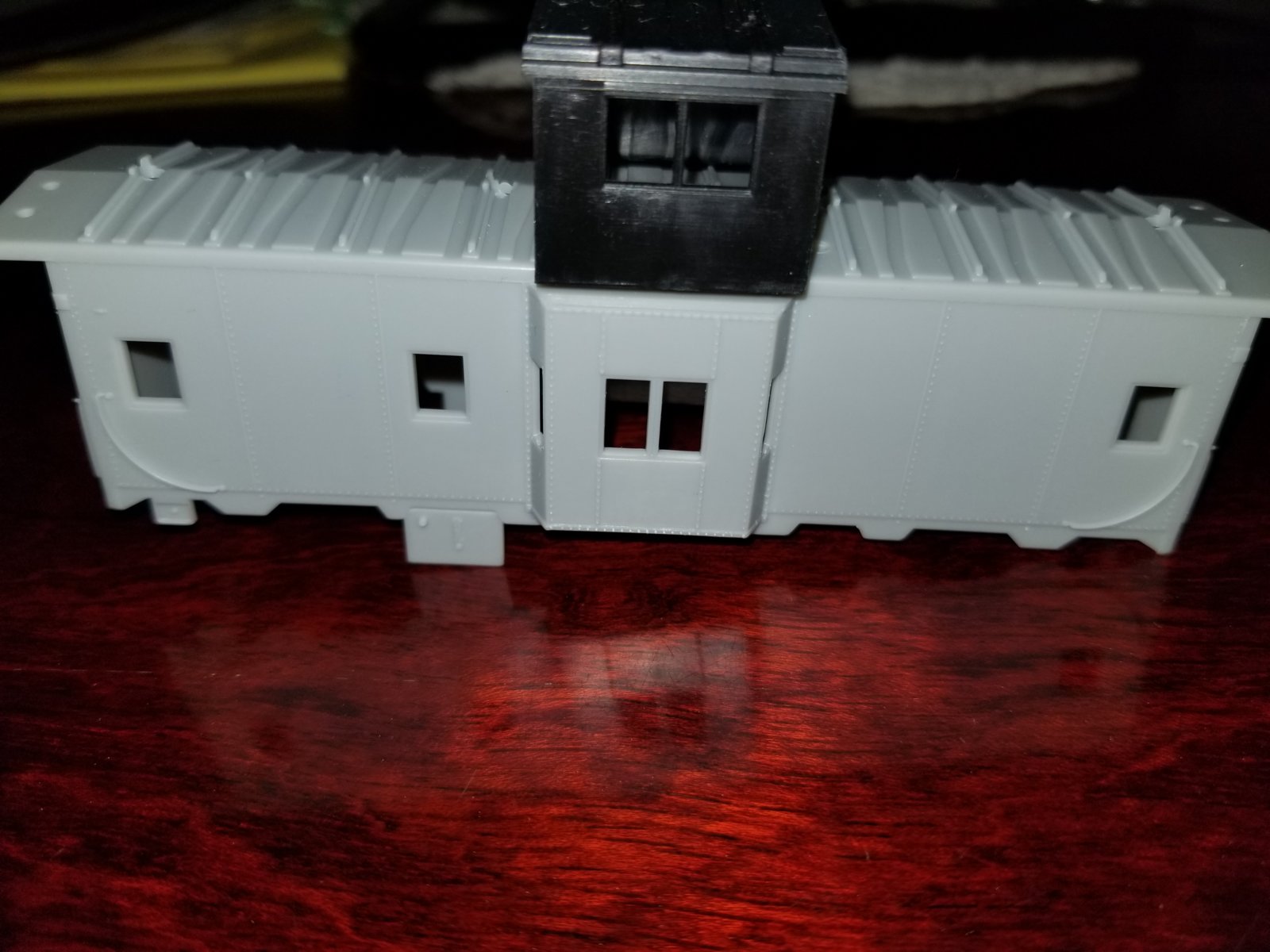 Wow, awesome start!
I’ll be watching this for sure!

Rick, here's the view of the other side with the smokestack we talked about. 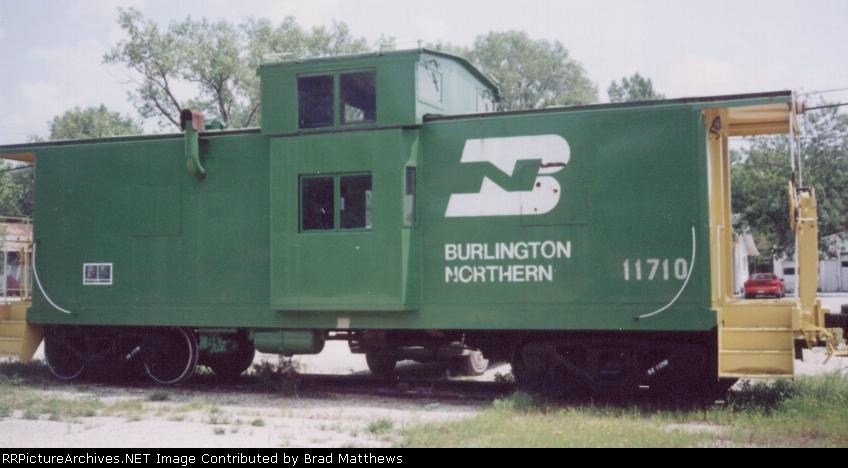 Would these maybe work?

And Hey, I was sorting thru some boxes today and came across this of all things... 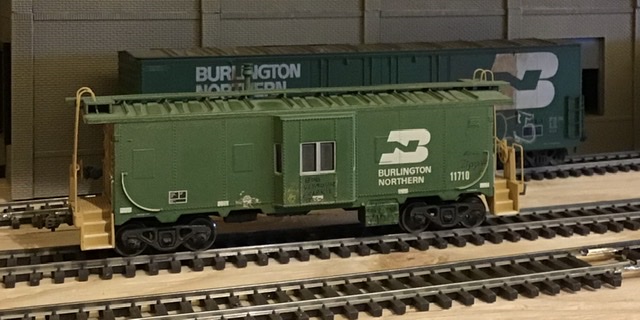 It’s funny I never noticed the number until now!

Rico said:
Would these maybe work?

Rick, maybe. Some brass detail parts are quite hard to bend. I'll try fabricating them this weekend

Rico said:
And Hey, I was sorting thru some boxes today and came across this of all things... 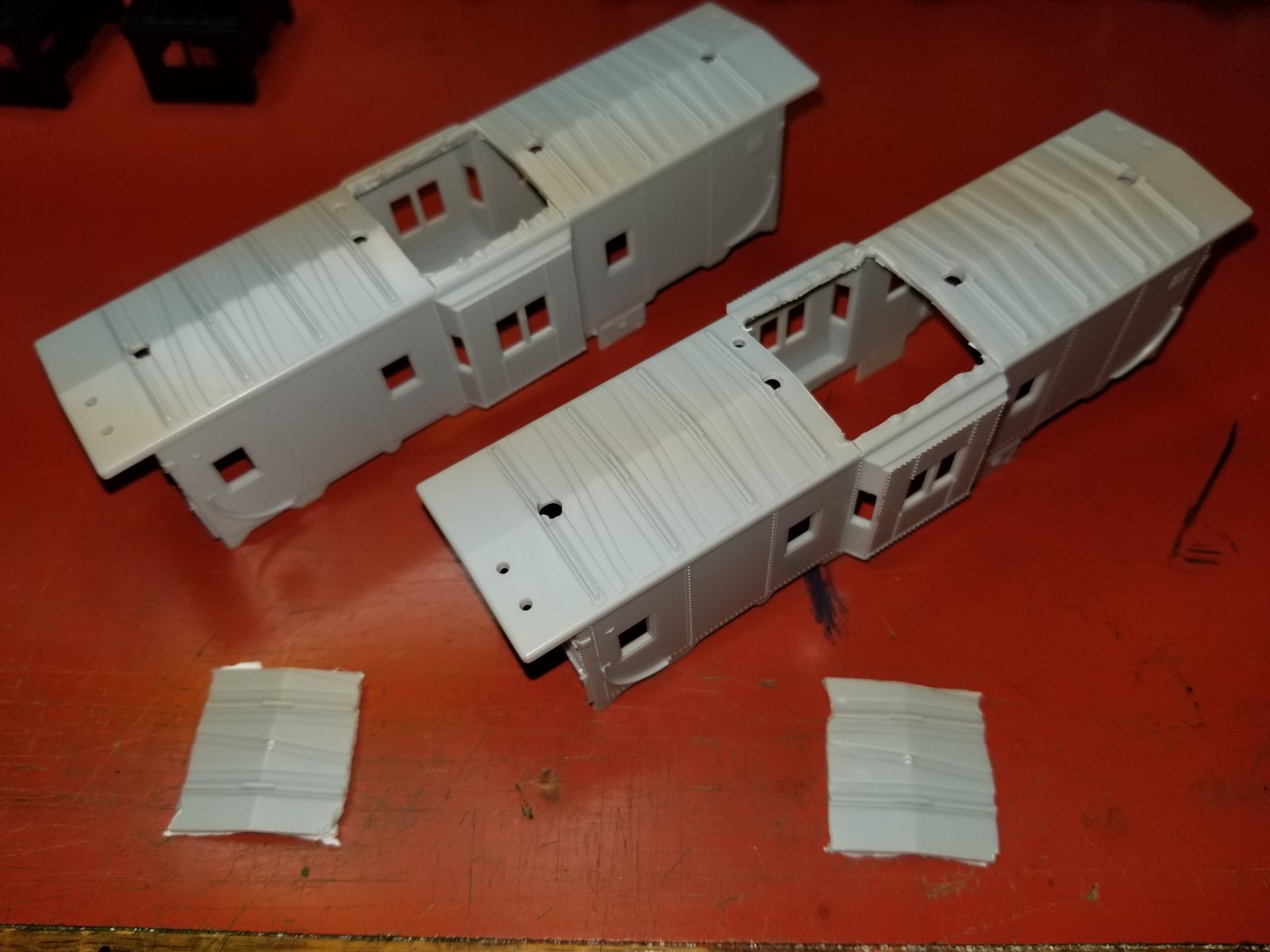 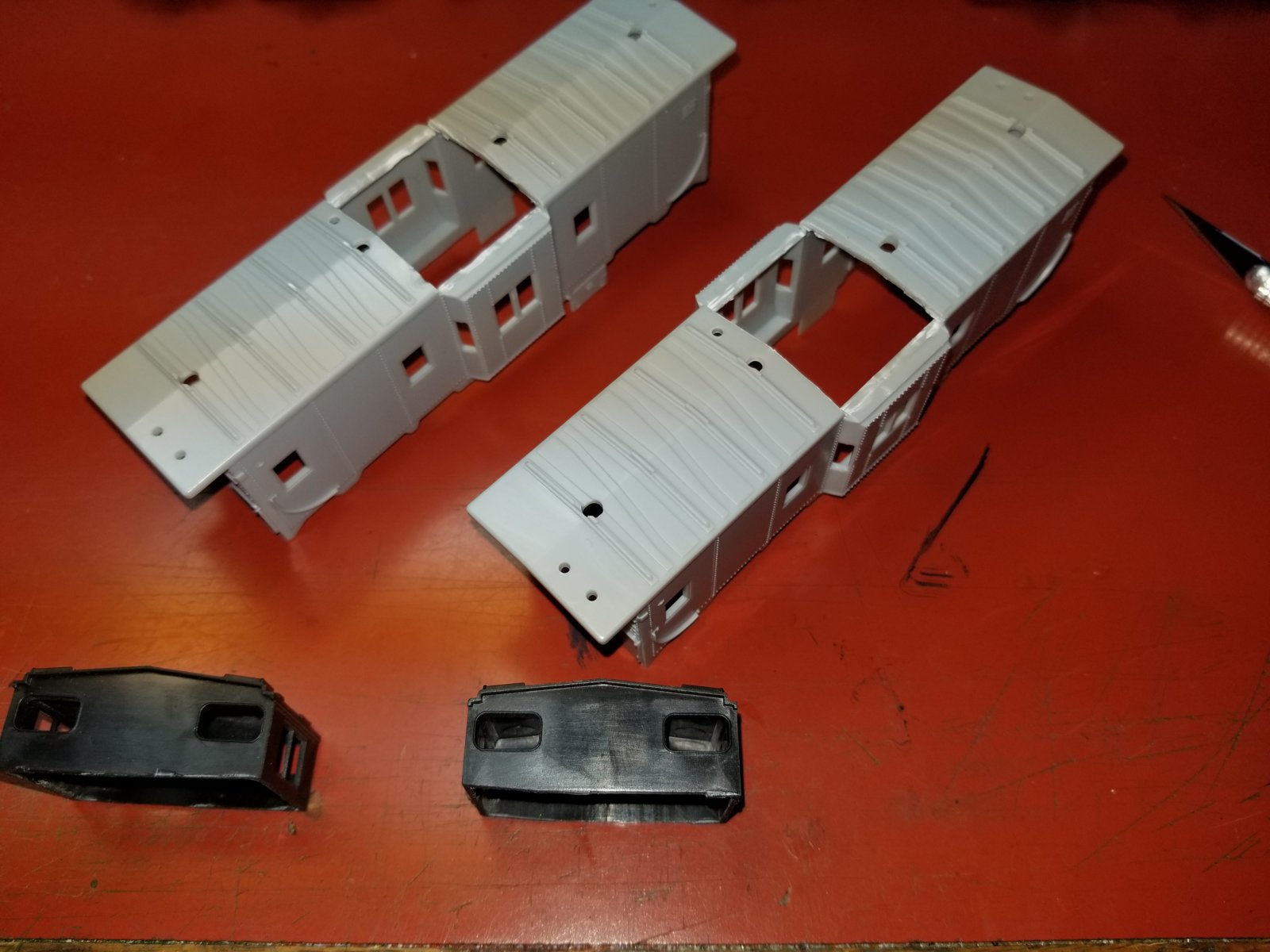 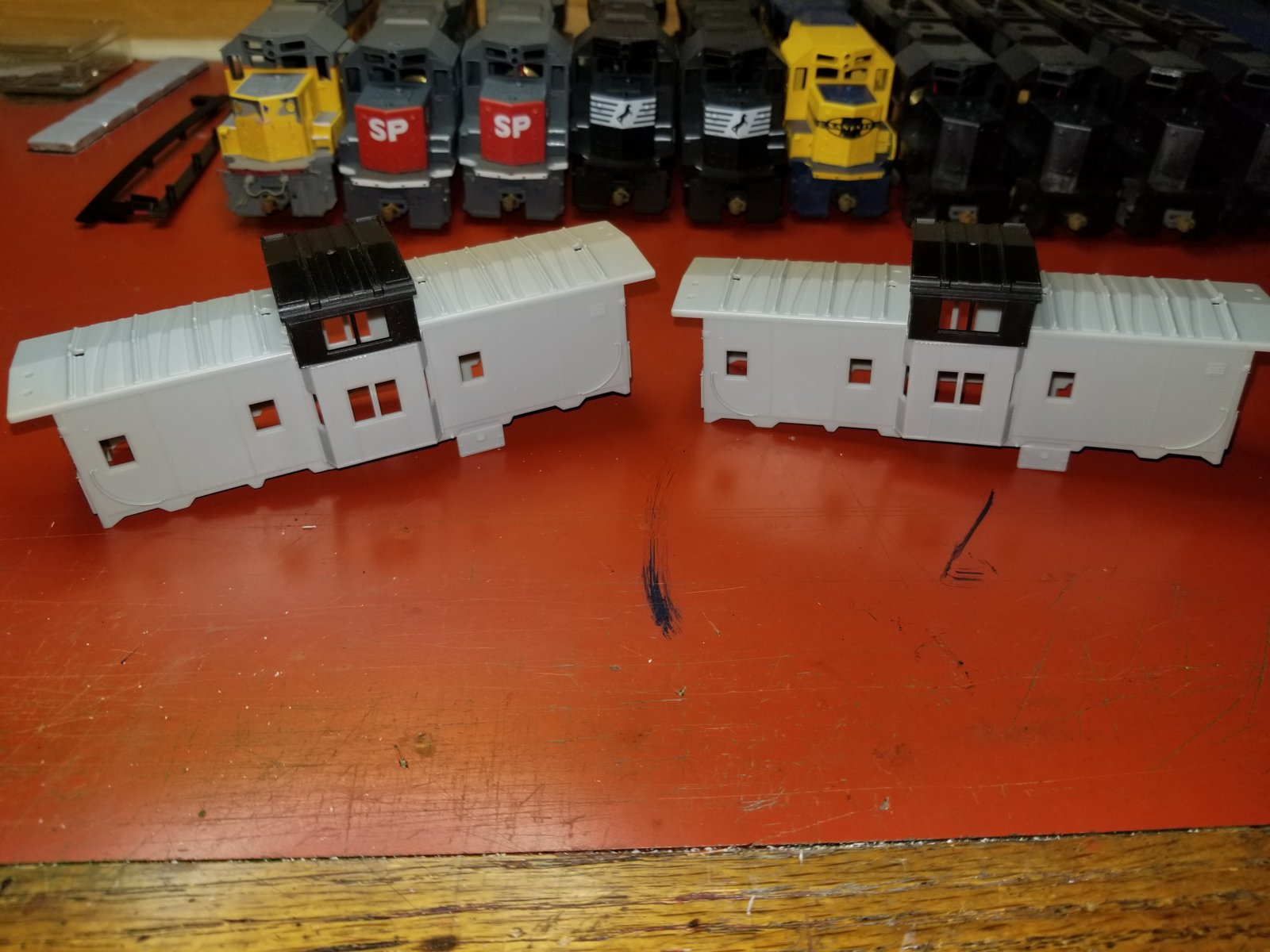 In their basic paint tonight. 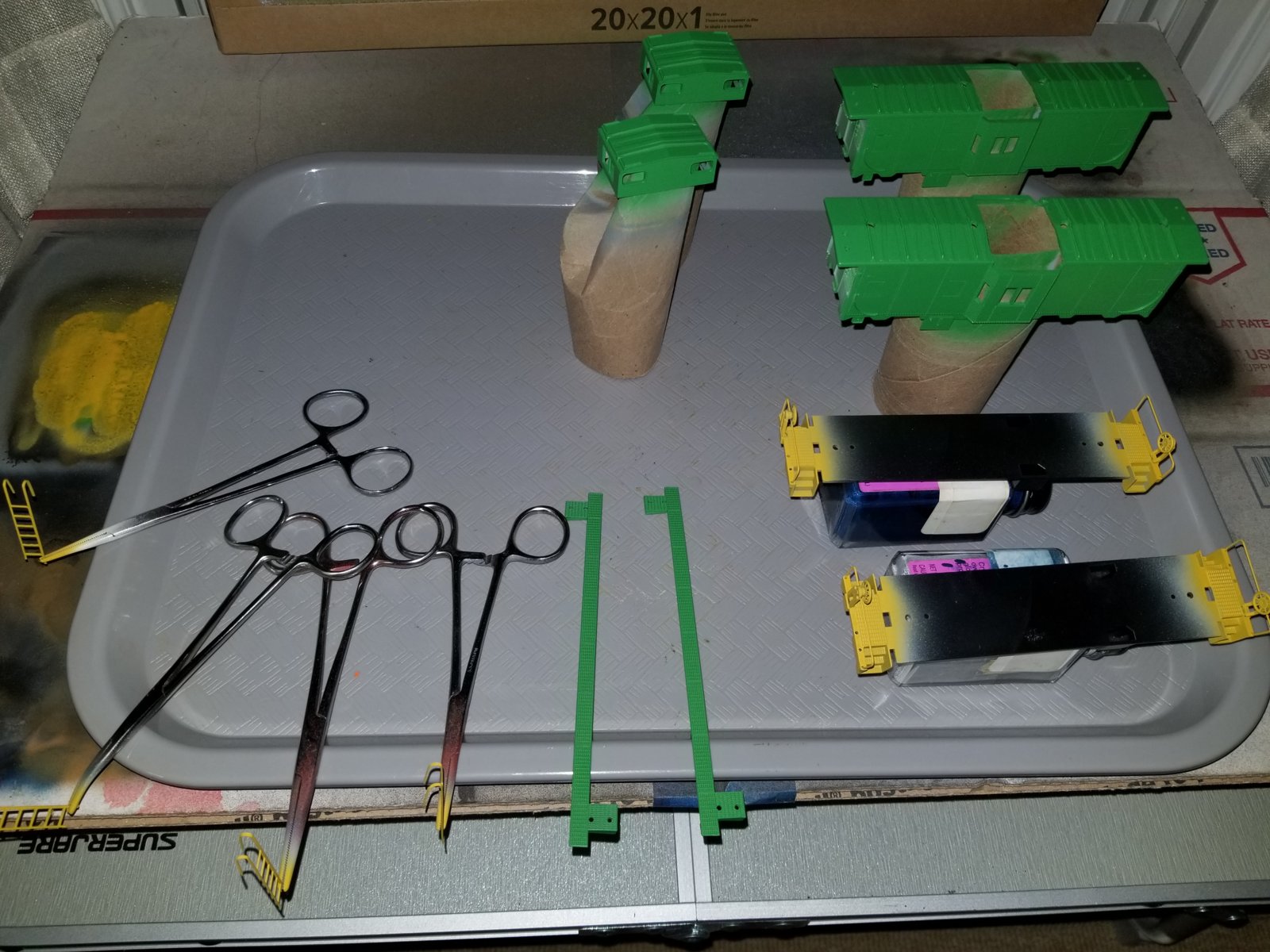 I got the bottoms finished tonight. 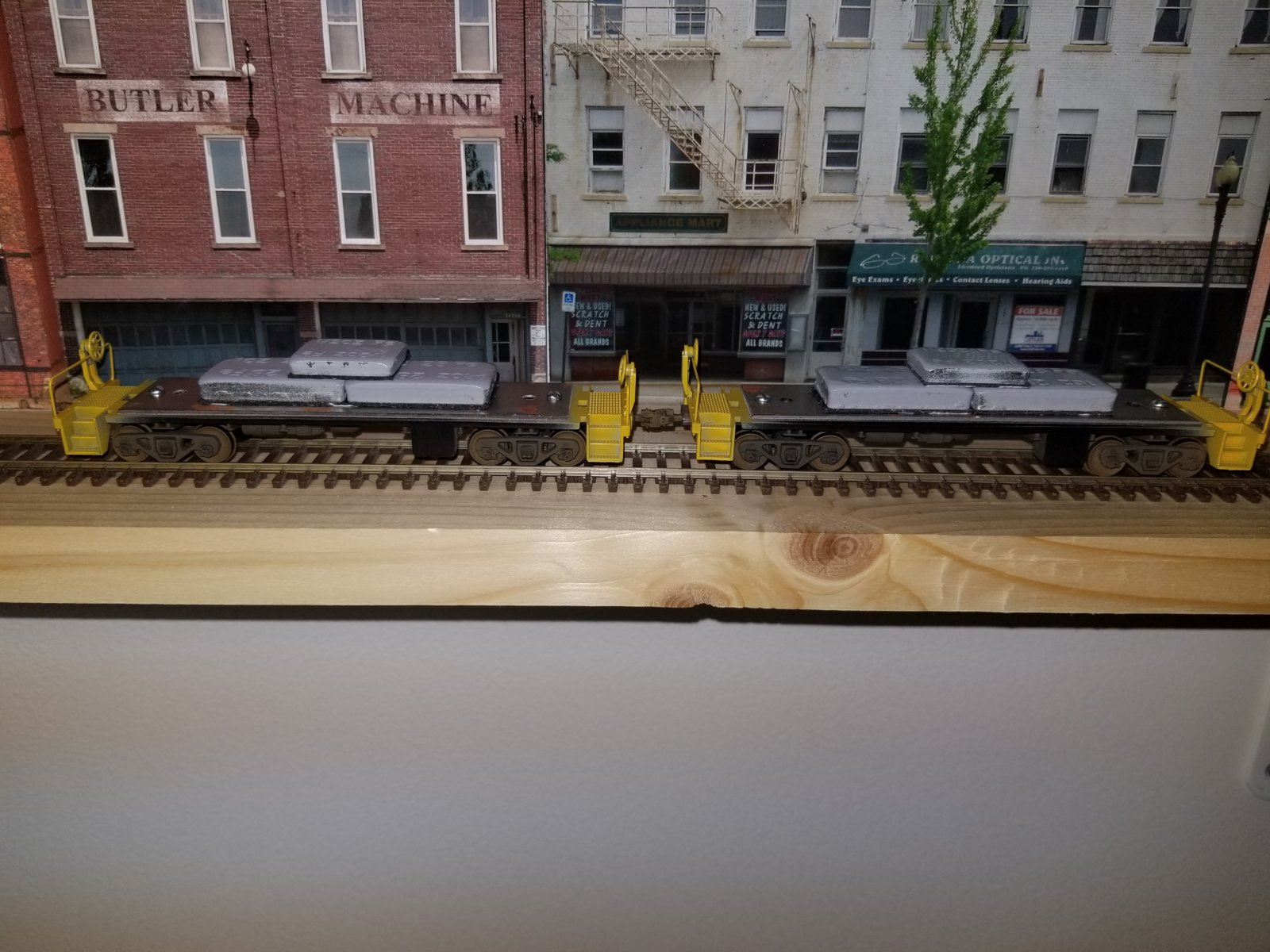 Very cool caboose, would look good being pulled by this once I get someone to paint her up for me. Keep the pics coming! Mike the Aspie

Been slow on this project, but I did get some decal work done. I'm still missing the correct size BN logos. They are on the way from MicroScale hopefully this week. 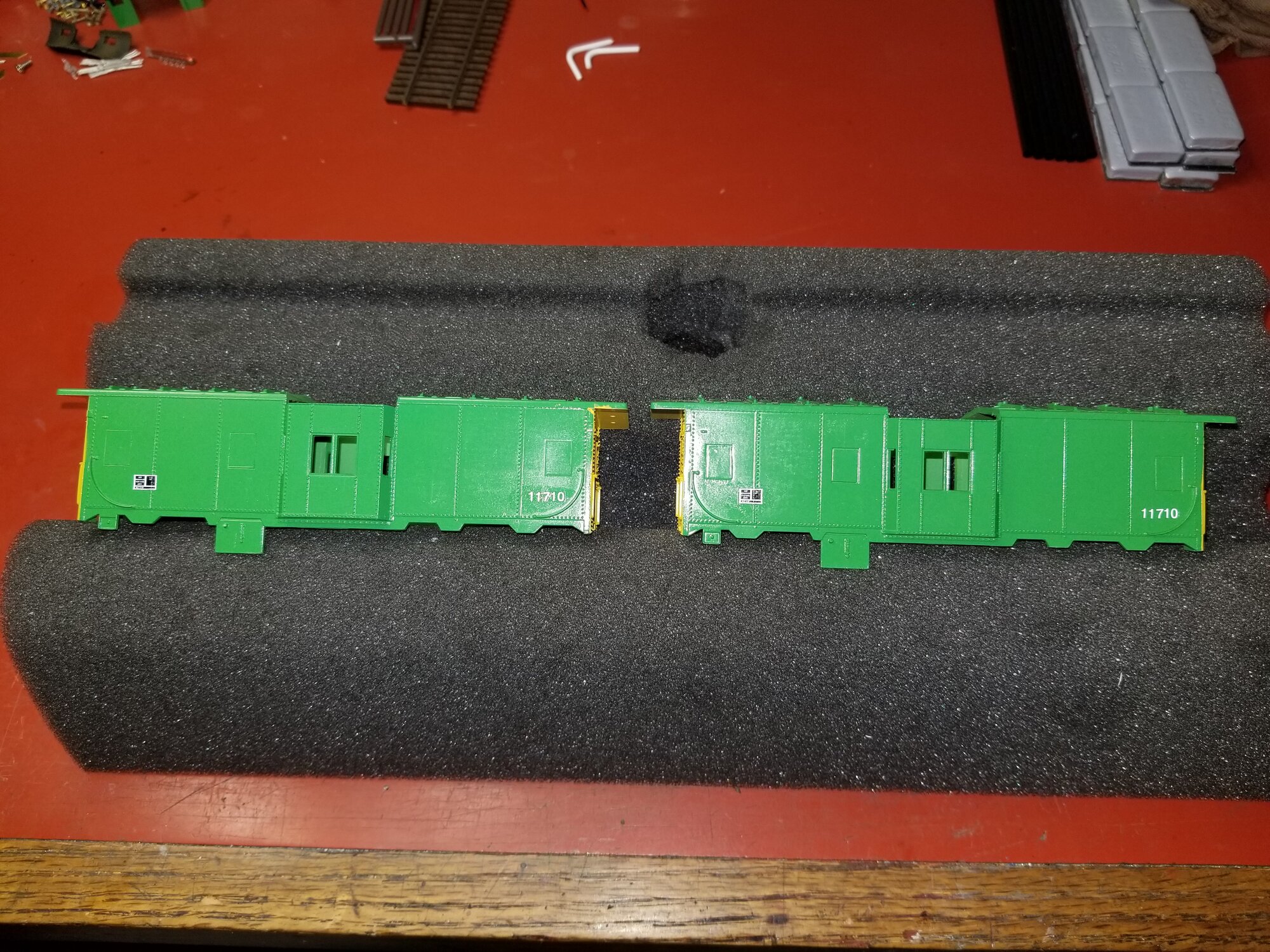 Wow lookin' good!
I suppose I should send you my new address, eh?

Rico said:
Wow lookin' good!
I suppose I should send you my new address, eh?
Click to expand...

So what's the proper terminology here?

Not sure why they would even do anything like this. Maybe the BN wasn't fond of Bay Window cabooses. Only one I've ever seen a picture of.
R

These bay window cabooses were originally built by Frisco. This particular caboose was in Picher, Oklahoma until a few years ago when it was moved to the 5 Mile Children's Camp in far NE Oklahoma. The cupola added to the top of the bays and roof has been removed. I'm not sure it was ever a permanent feature and it was the only one of these bay window cabooses to get such a modification.

Great job modeling it, by the way!

With new decals, this project is nearing completion. 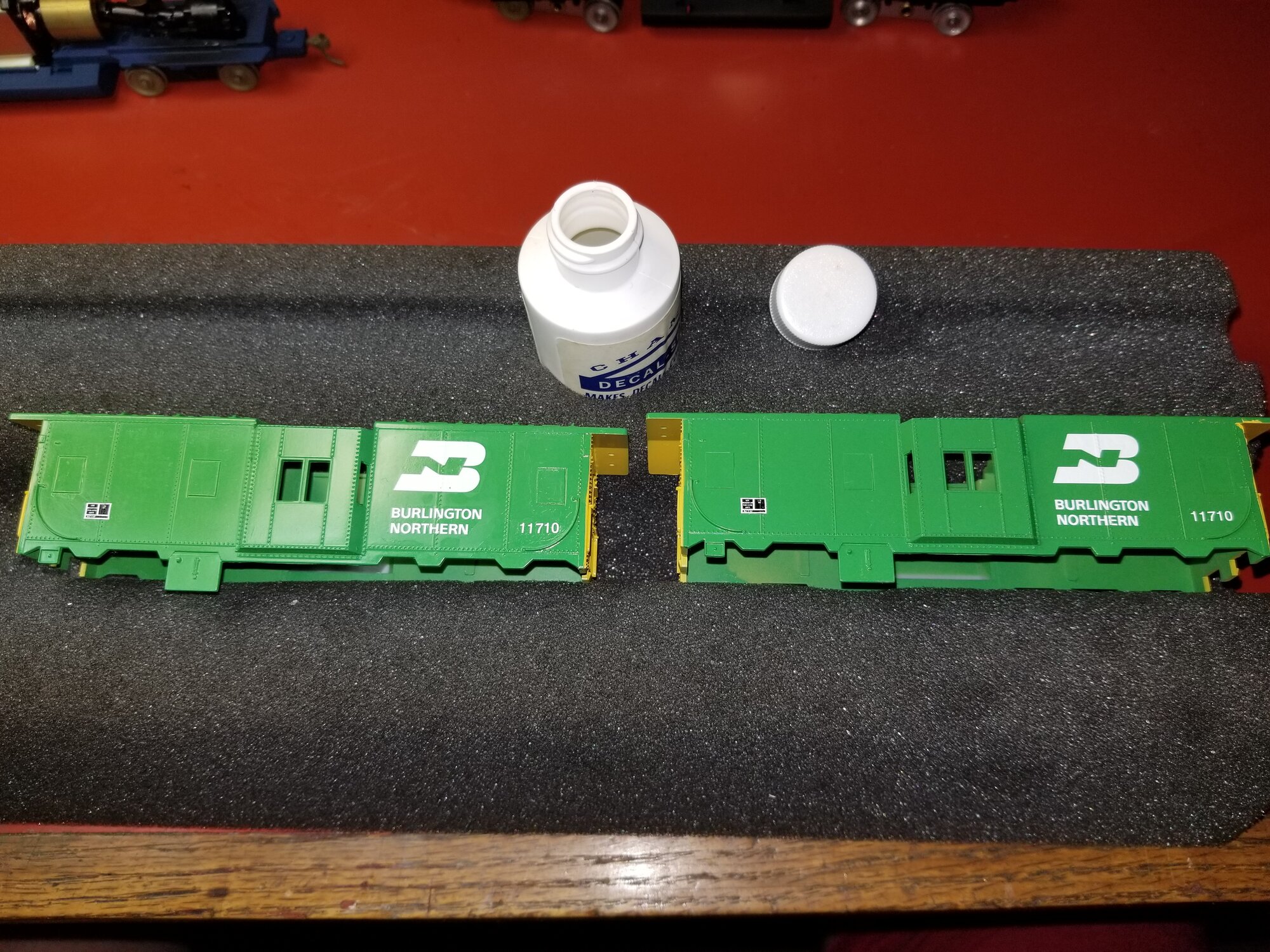 The BN Frankenstein Cabeese's are finished. One will be headed across our northern border to Winnipeg Beach this week. I hope it'll clear those pesky customs agents. Even with our boarder closed. 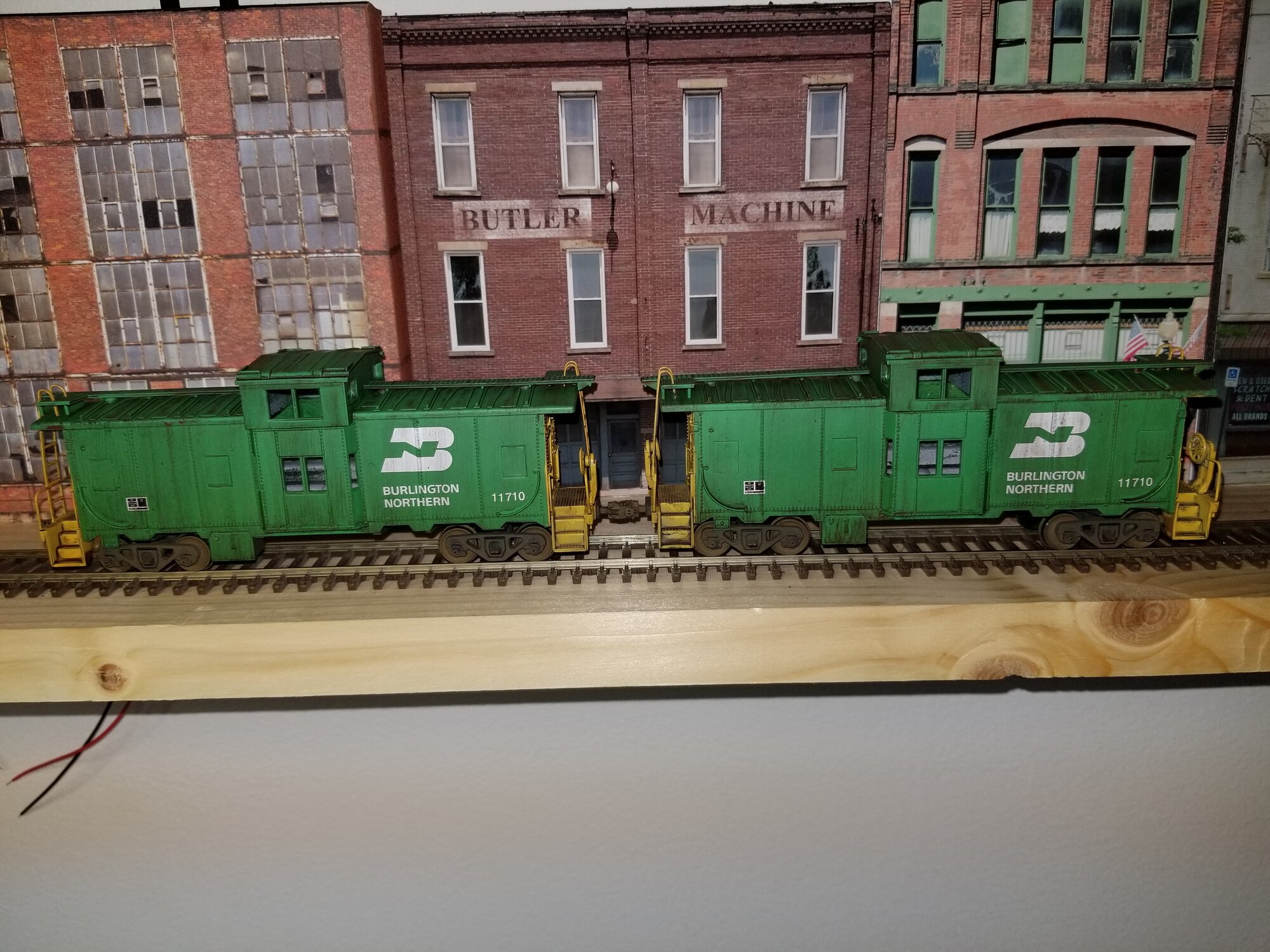 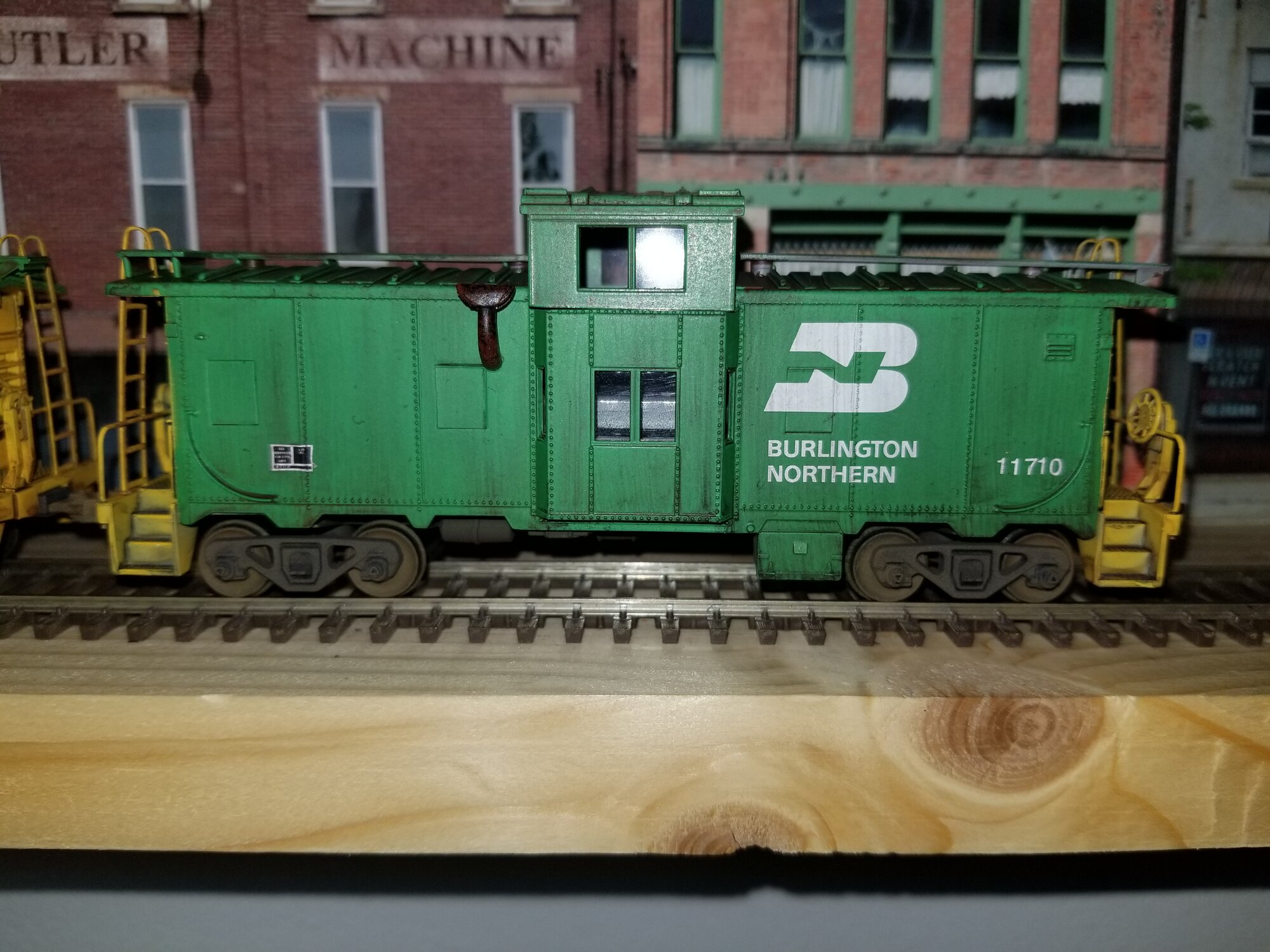 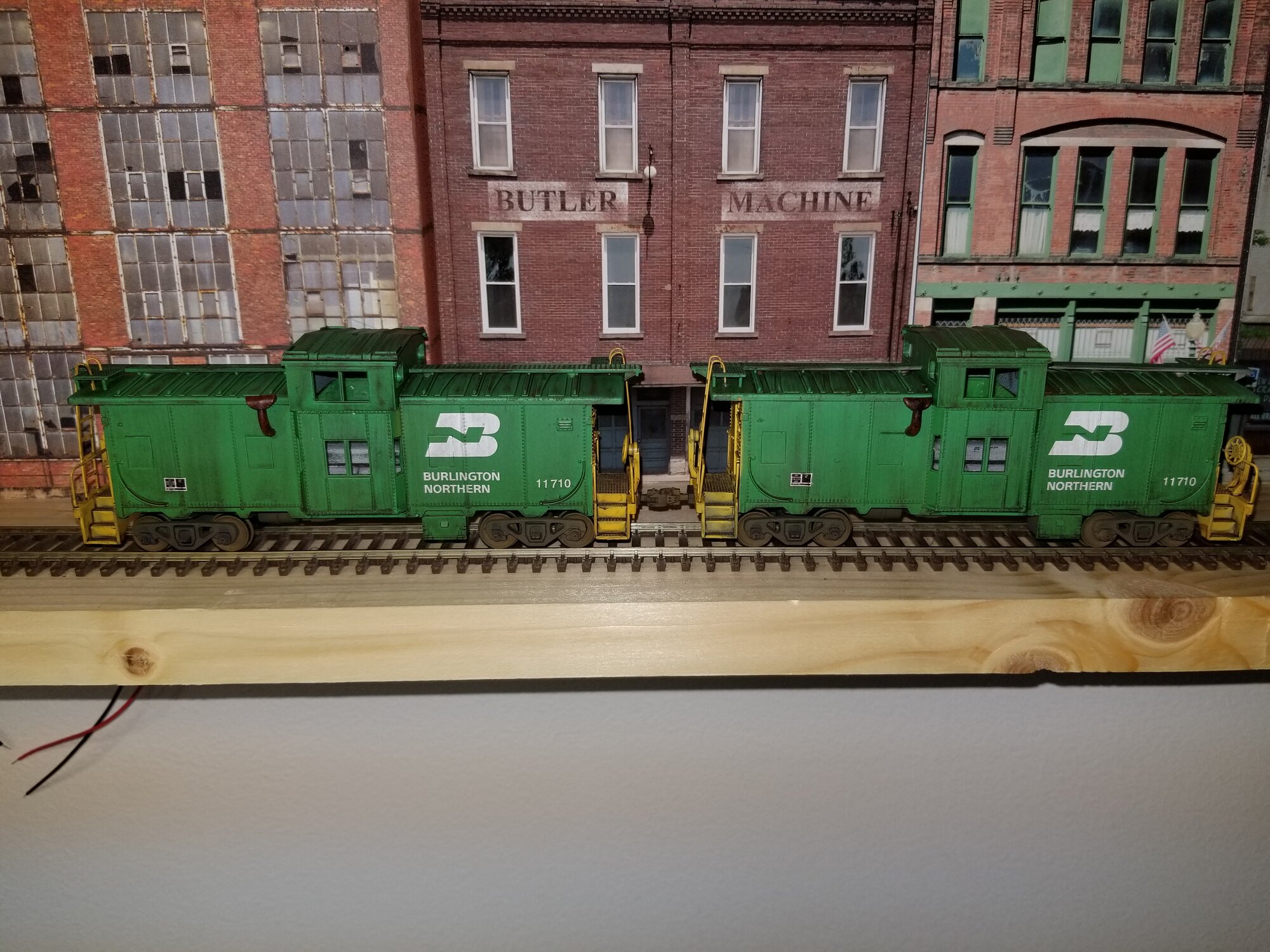