BNSF and The Royal Gorge Route

Here are four pictures of the BNSF and Royal Gorge Route from my trip. I'll put up photos from the D&S later. Sorry about some photos being fuzzy, they didn't turn out well from where I had to take them.

Heres Royal Gorge F7 402 the loco that leads the train.
I got to blow the horn on this loco and I believer it is a five chime horn. 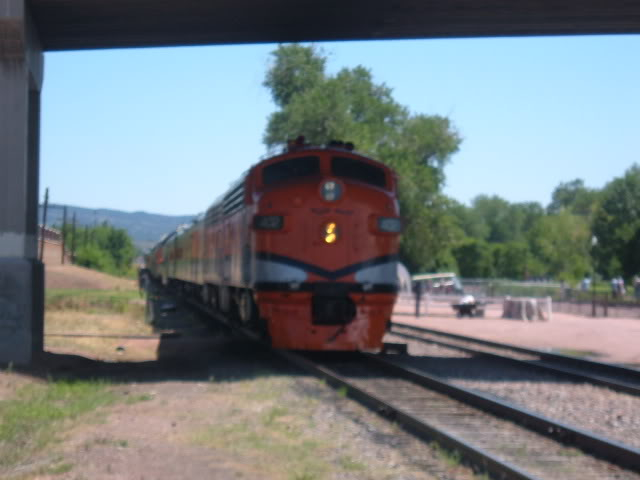 Heres Royal Gorge F7 403, the loco that leads the train back. This loco has an Ex-Amtrak horn, and it's really, really, awesome 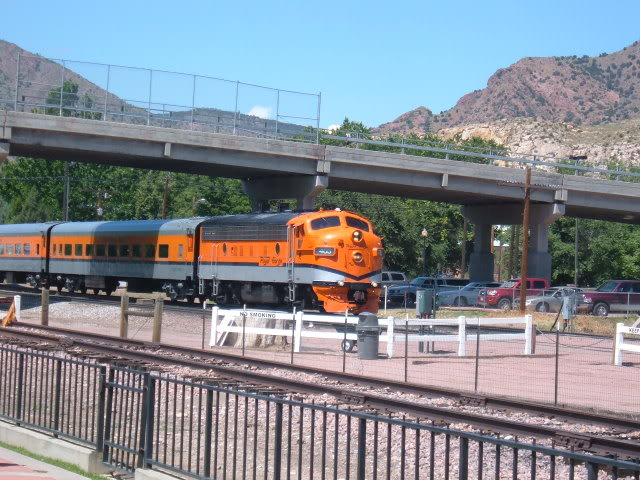 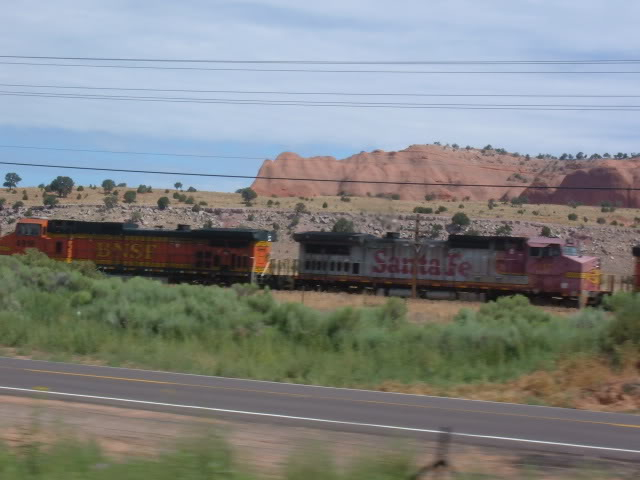 Heres another BNSF loco heading a couple NS Units and a intermodal/TOFC train heading into Flagstaff Arizona. I love the classic horn on this loco. I believe it is a Leslie RS3L??? 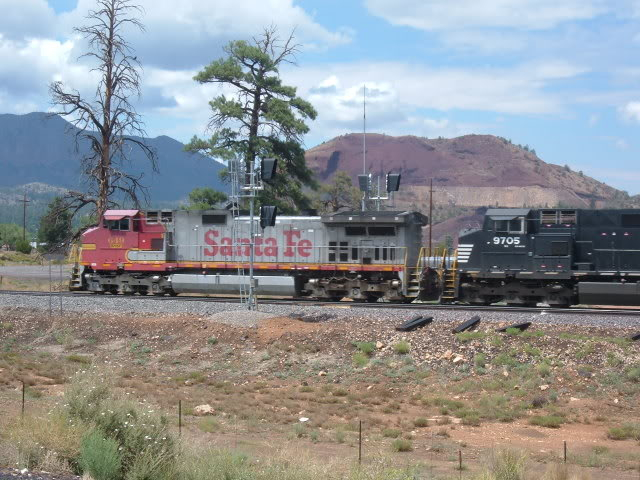 I'll look for more and I hope you enjoyed the photos.
Chris

I dunno, I'm only seeing one picture here, and Photobucket is loading REALLY slow, if at all. I'll look again tonight.

Ahhh the pictures are loading. The BNSF units SHOULD be a K3LA.

Wow Chris! It looks like you had quite a time. You're not a D&RGW modeling convert now, are you?
C

Thanks Josh. I thought I heard somewhere that the BNSF left the Santa Fe's old horn on, off course they could have changed them?
Eric Well I don't know about that, I think I am going to stick with my plan of freelance. But who knows, there could be some D&RGW equipment running around!
Chris

Well the K3LA's are all over the place, they appeared on Santa Fe units before the merger.
C