Sitting in my office today, heard the horn blowing, figured no biggie, another CSX local dropping off flats to Ft. Bragg. Well to my surprise when I turned around to look. A pumpkin!! Must be on loan to be this far south. 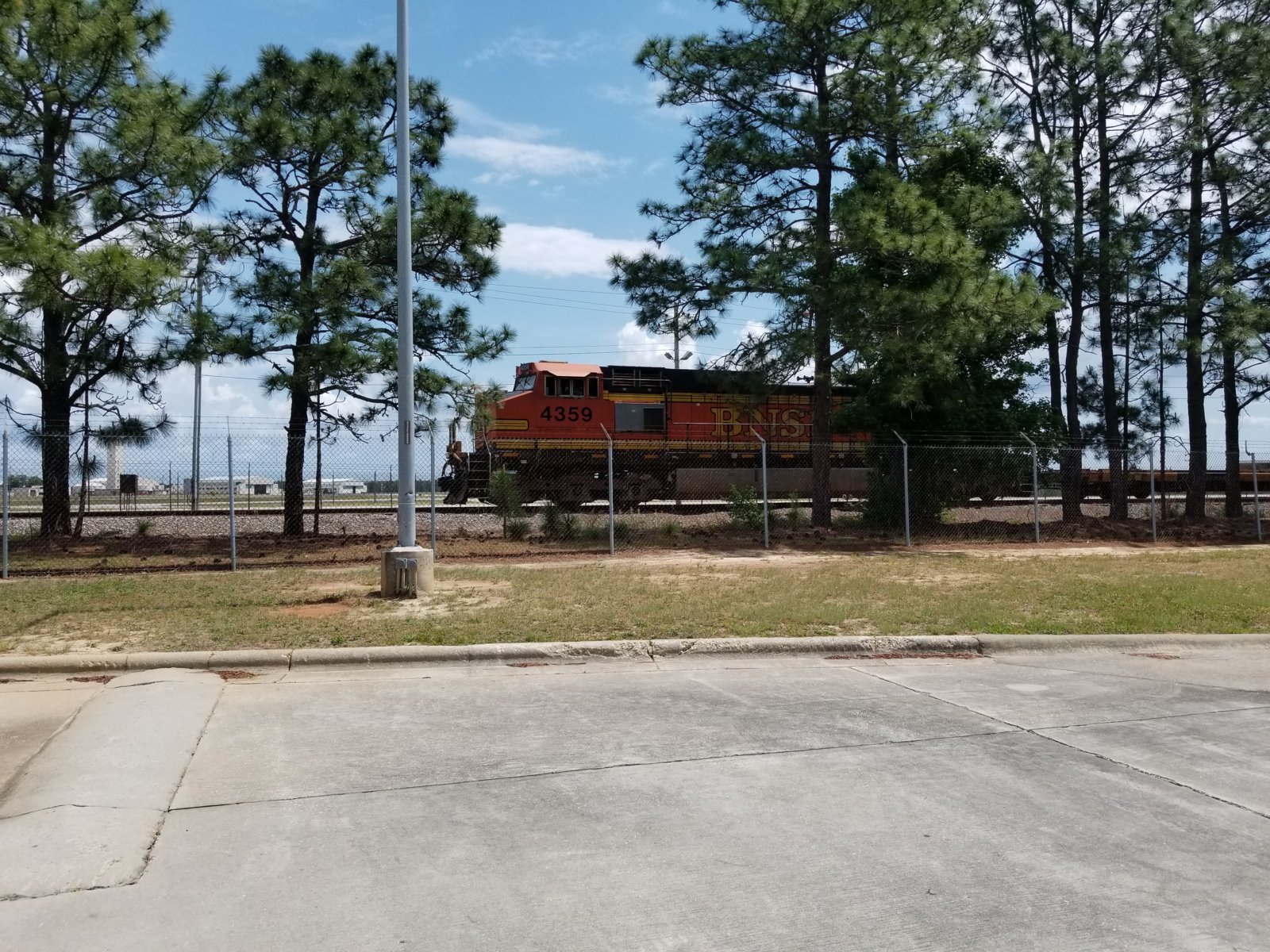 I see NS engines on the BNSF tracks (along with other engine (Ferromex, CN, CSX, KCS, Metro Rail) all pulling freight cars of some sort. Not sure where the Metro Rail come from, but sometimes an interesting mix.

That was my first thought, too!
I see NS locomotives on BNSF tracks here in Lincoln, Ne. quite often.

Today's models are so well detailed that sometimes when I'm seeing the real one I first think it's a scale model !!

MHinLA said:
Today's models are so well detailed that sometimes when I'm seeing the real one I first think it's a scale model !!
Click to expand...

Just don't kneel down and put your head on the tracks to watch it coming towards you then.
D

tootnkumin said:
Just don't kneel down and put your head on the tracks to watch it coming towards you then.
Click to expand...

Ok another train with flats today, but local power. 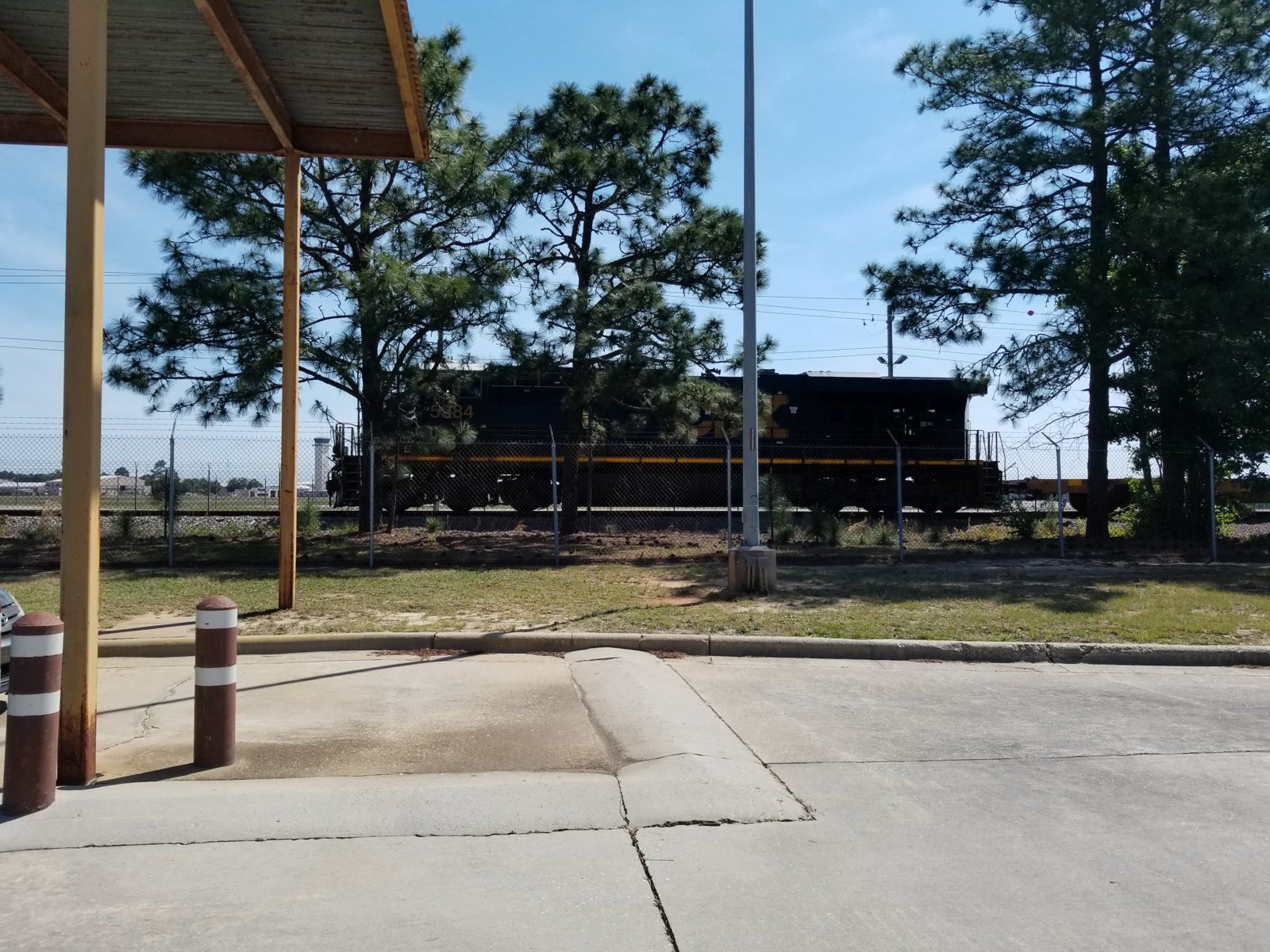 Staff member
Can't identify that one Jerome, except to say it looks like another GE. The shape of the radiators on the rear top edge suggest something from a Dash 9 or later. You'll have to go and cut down some trees.

Sorry, it is a CSX unit

A full one headed out today. 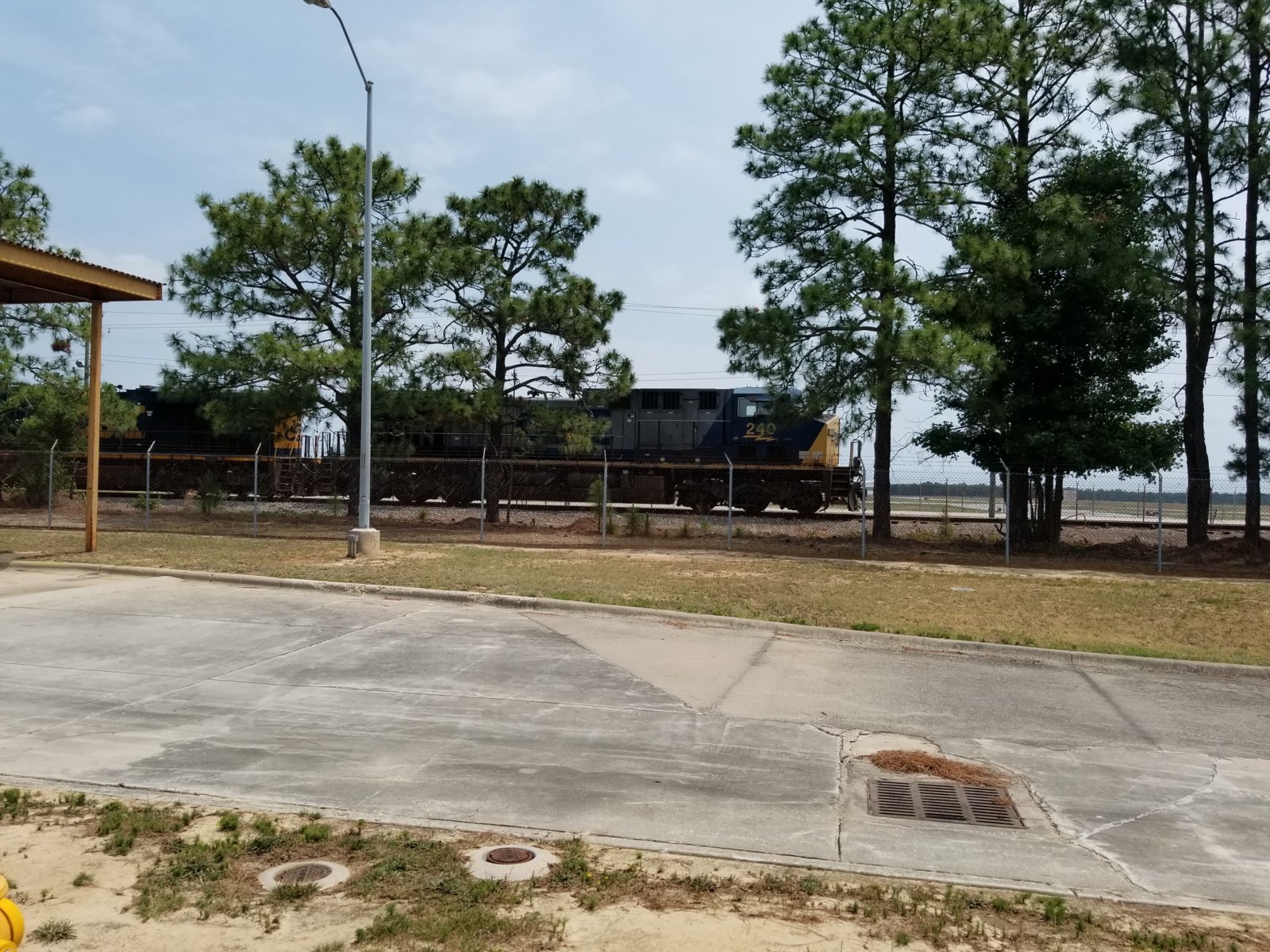 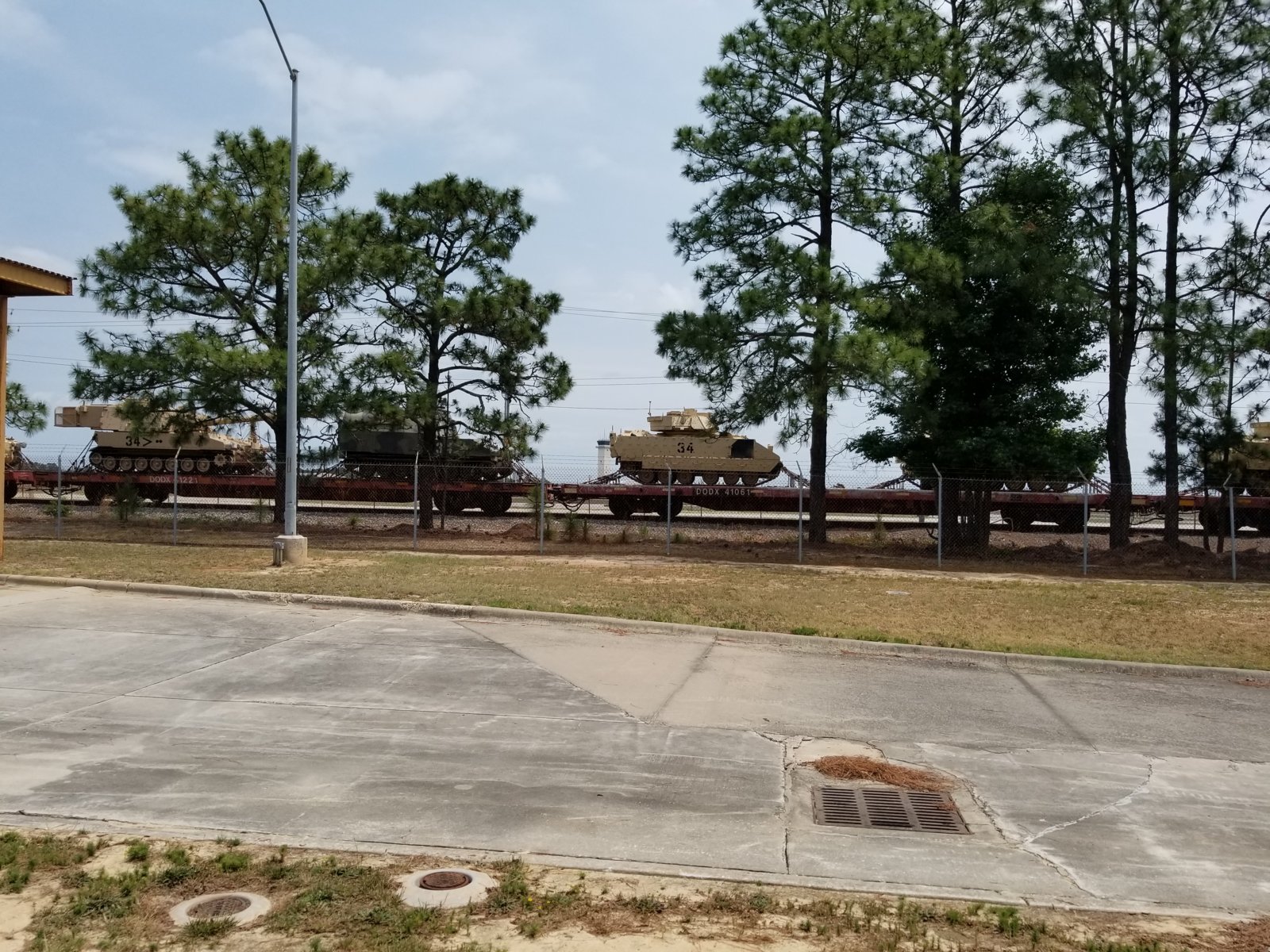 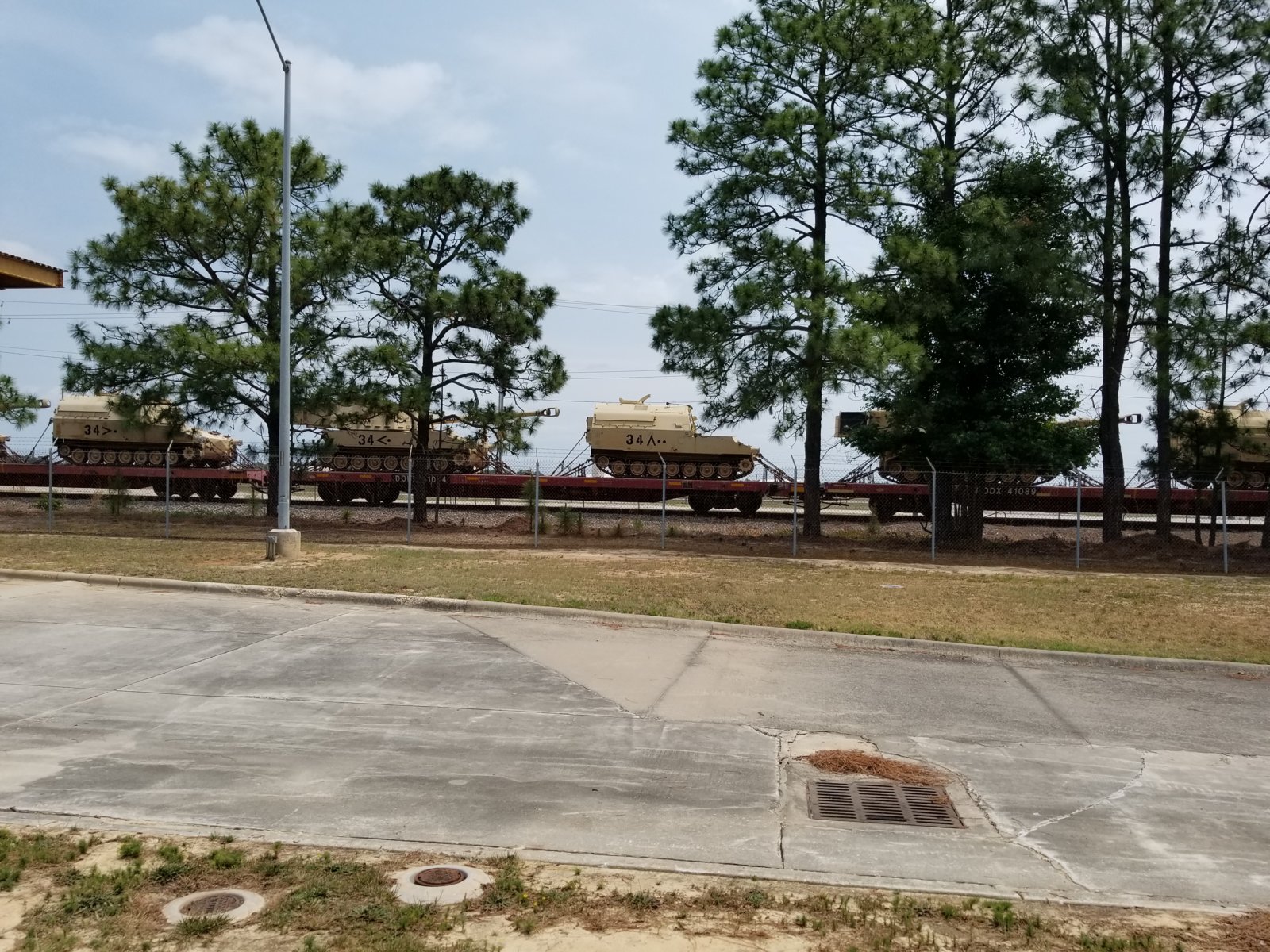 Emperor of the North

Staff member
For the heavier equipment, they have the 89' flats with 6 wheel trucks (youtube)

My view coming into work this morning. This crossing is the only way that I can get to the office. Do you think CSX is going to pay my wages? LOL Not an engine in sight. 2 hours later, they moved it. 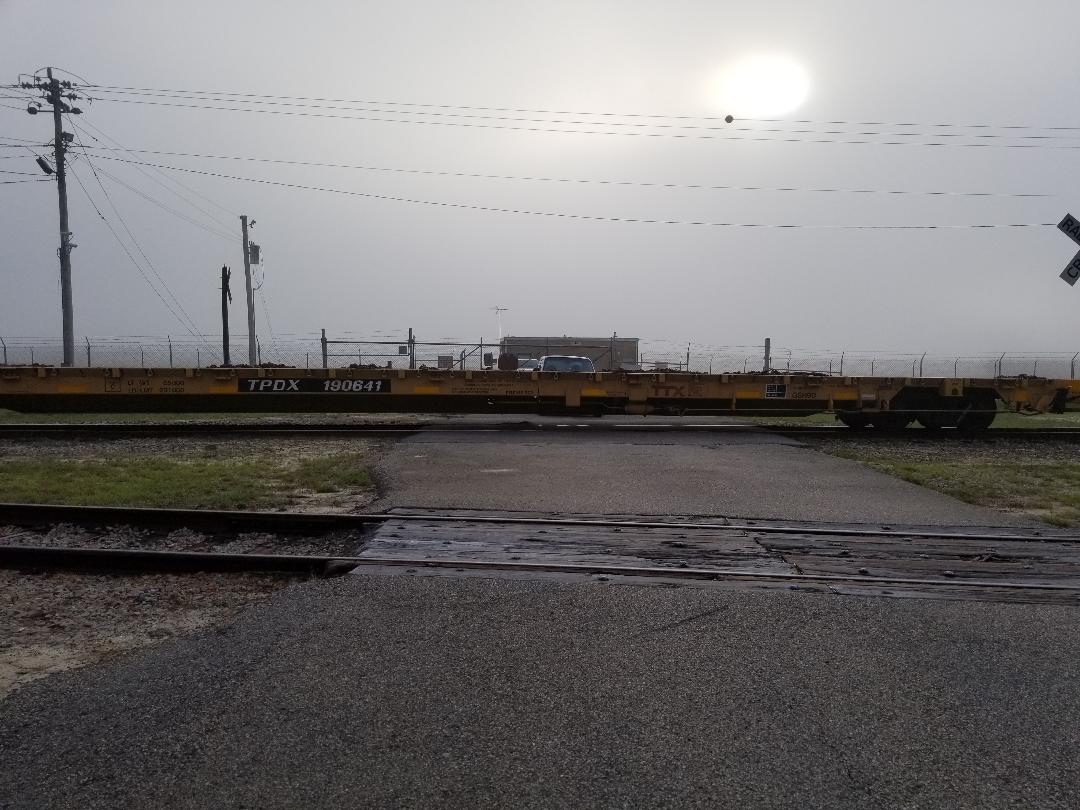 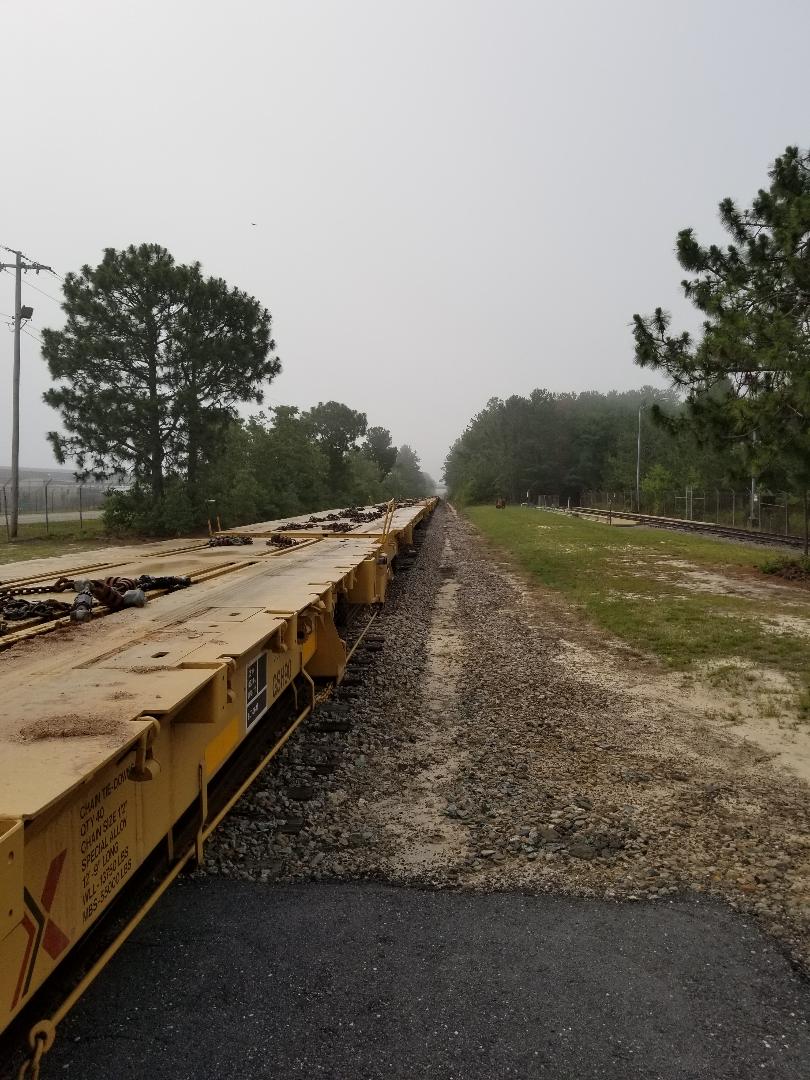 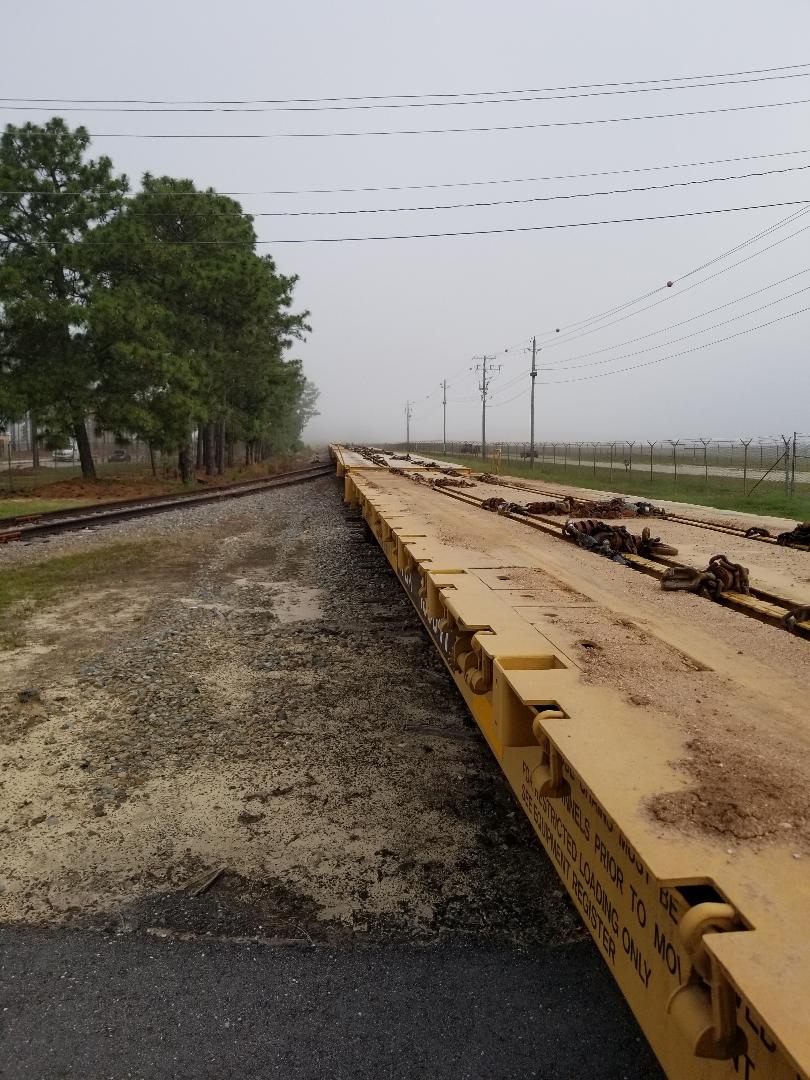 Wow two hours? Must have had a breakdown, didn't think they were allowed to block more than five minutes?
Nice shots tho!

Rico said:
Wow two hours? Must have had a breakdown, didn't think they were allowed to block more than five minutes?
Nice shots tho!
Click to expand...

Not a breakdown, just CSX doesn't care about blocking this one crossing. It happens 3 or 4 times a year when they bring in flat cars to Ft. Bragg. Our driveway is the only one on this side of the tracks, so they figure it won't hurt to block it. Little do they realize that this contract that I run here, supplies all of the jet fuel for the aviation units on the airfield. OOPS!!!
You must log in or register to reply here.
Share:
Facebook Twitter Reddit Pinterest Tumblr WhatsApp Email Link