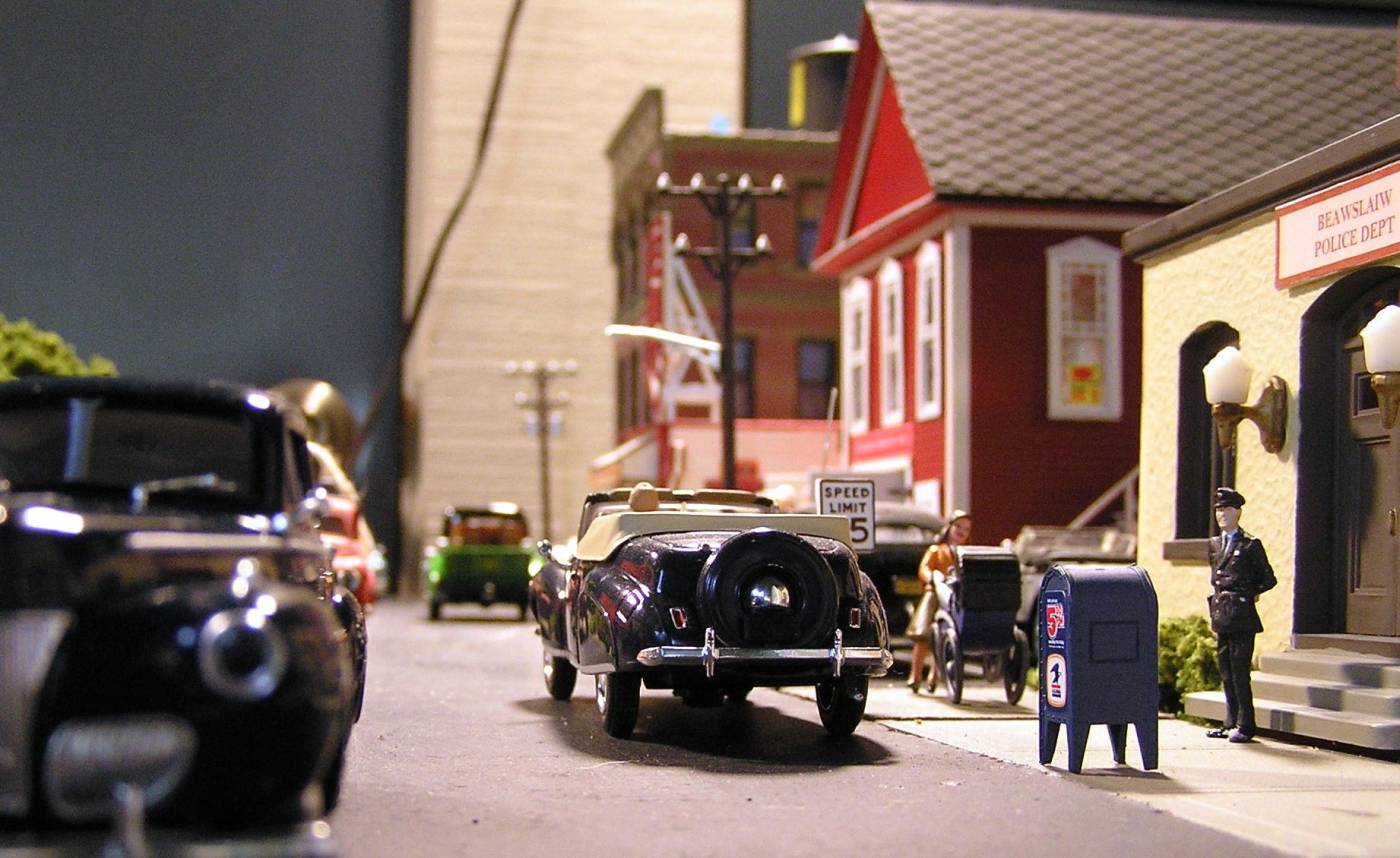 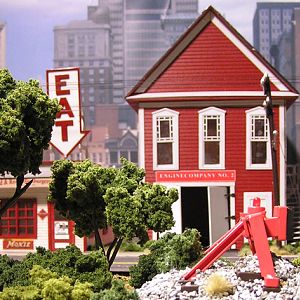 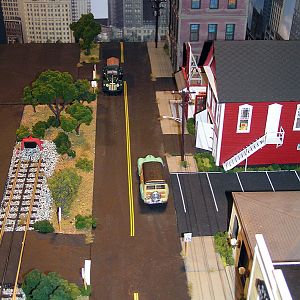 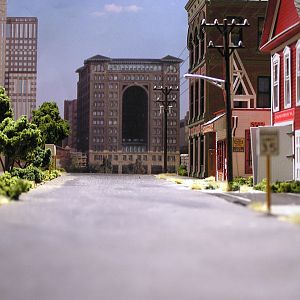 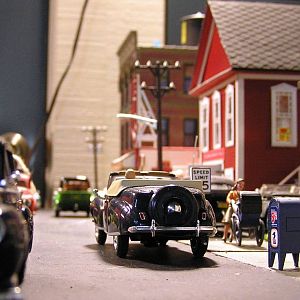 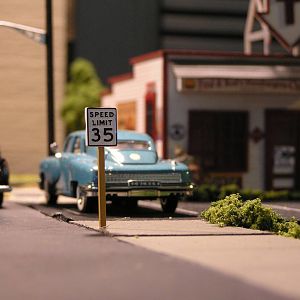 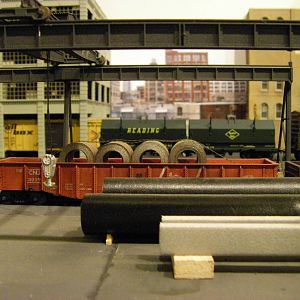 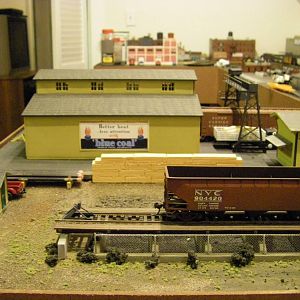 The Brisbane and Bushong Railroad Layout

These are pics of my layout. It is the Brisbane and Bushong Railroad. The era is circa 1935-1949... the golden end of steam and the beginning of diesel power. On my layout is the fictional town of Beawslaiw, which is somewhere on the main Southern Pacific line between San Francisco and Los Angeles, California. The B &amp; B RR boasts 6 steam locomotives, 45 freight cars and 10 passenger cars. The layout is still under construction. The main street in Beawslaiw is Margaux Blvd. On it is the Sarile Building (furniture factory), Fred and Red's Cafe, fire department Engine Co. #2, the Second Precinct of the PD and Stough &amp; Davis Dry Goods Store. The Sarile Building, fire station and police station are kits that I built. The other two were already assembled. It's a busy day downtown!
Click to expand...
There are no comments to display.