WEEKENDS here, so it's time for some more of your latest shot's

finaly got some spare time...

Long time since I posted "something" overhere...
Still busy making trees in all kinds...Besides that there is no time left for the real mrr..
I apologize for the fact that there is no train/engine to see on the first fir-treepics yet... (May be in the future!!)
Also added some pics from the last mrr show( small one) in my neighbourhood( Maastricht)
The last two are from an Amarican HO layout in the 1950-ies...( same layout I posted last month..)

well...some more from the mrr show

The first 3 pics are from a HO module layout with "La France" as main subject...
Tha last one is from a German HO layout and shows a small fairy at a rural village

Last week I posted some pictures of a diesel set I was repainting, Got it finnished this week.. 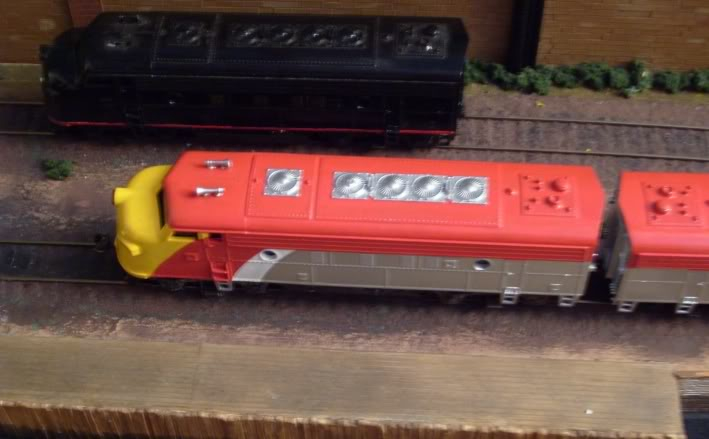 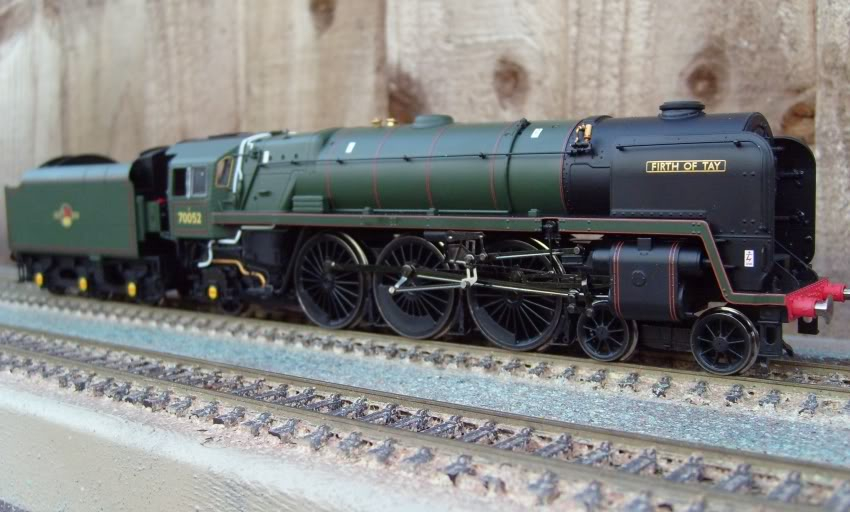 Thanks Paul!
Nice pictures John. Like the "New" old steamer very much!!!

Well we went out to see a diesel special but missed it, BUT we saw some other interesting stuff
like this Virgin class 57 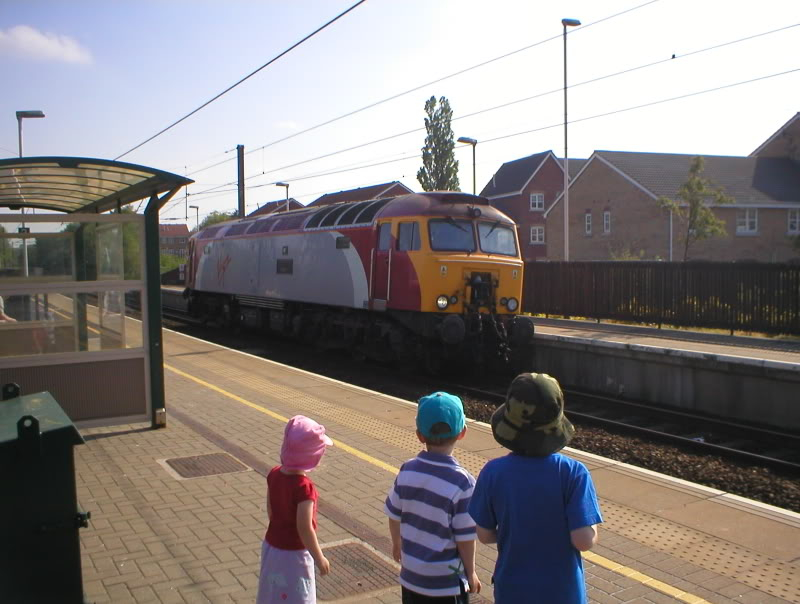 When we got home the house was covered in a thick blanket of smoke from this moorland fire, here we are one mile away and you could here the pine tree's blazing, there were 23 fire trucks in attendance within 30 min's fighting the fire over an eight mile length, and to think we were sat there a couple of days ago 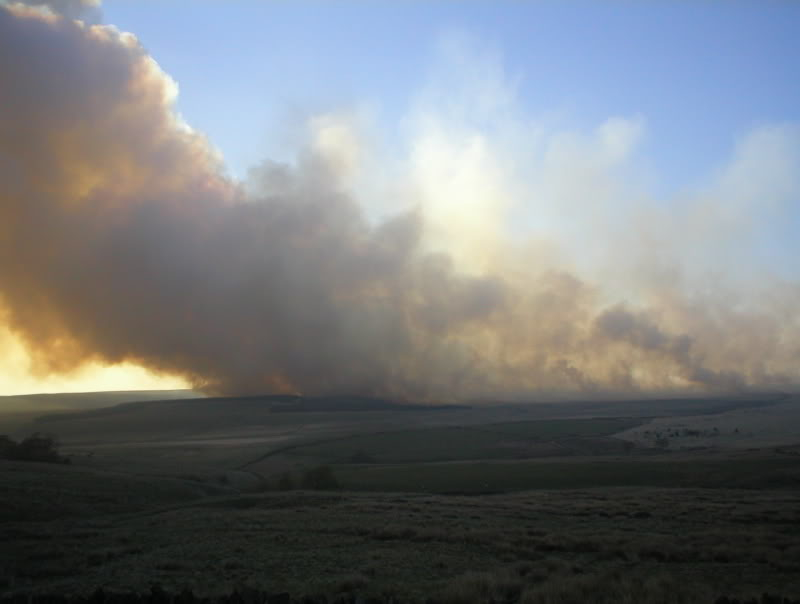 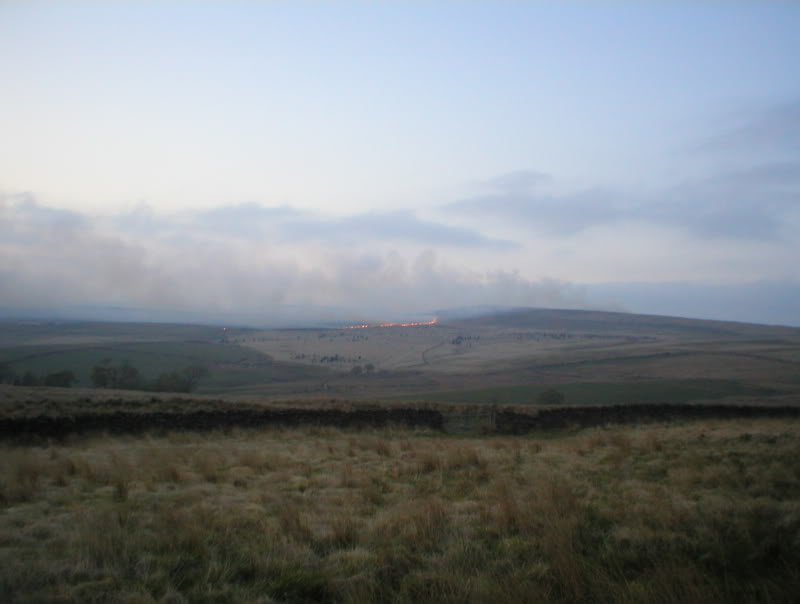 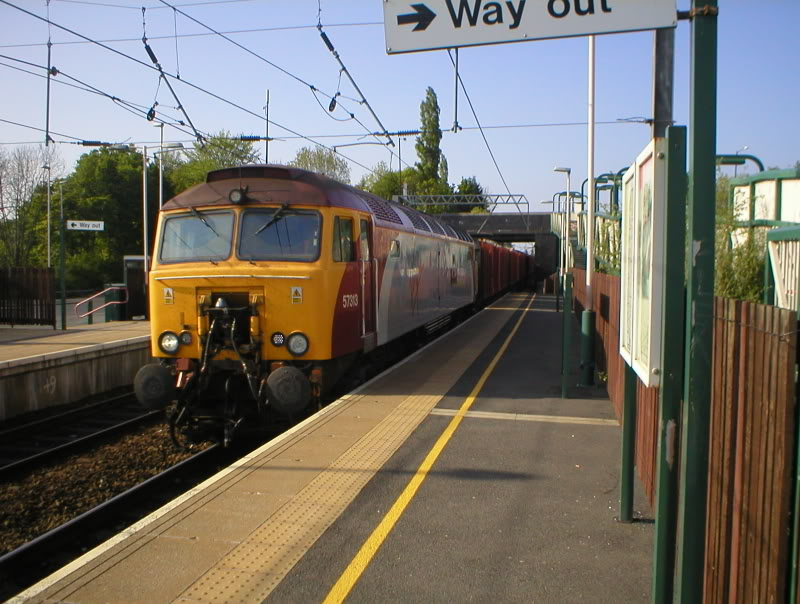 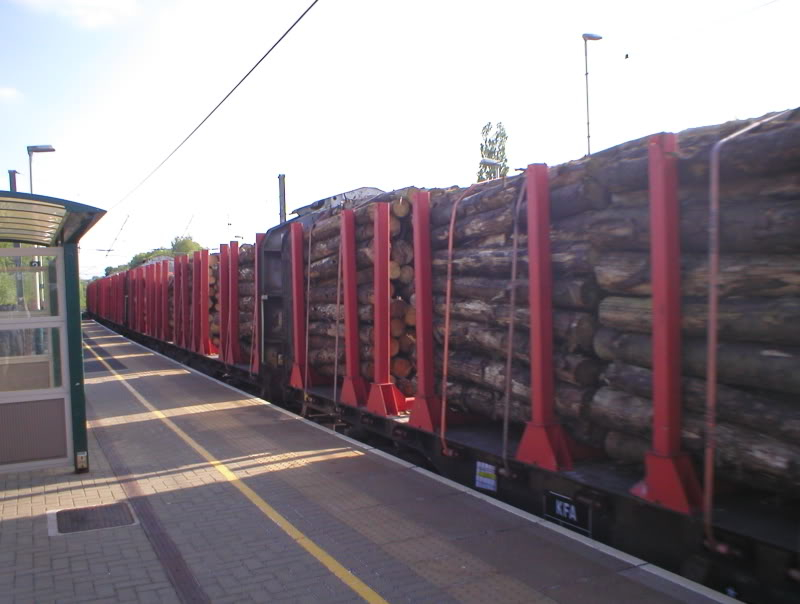 and a Pendolino cruising around 110mph 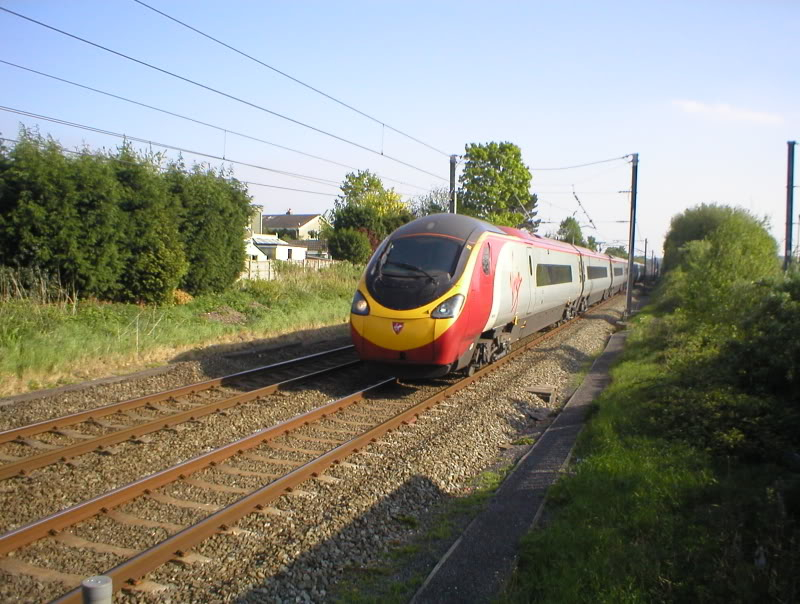 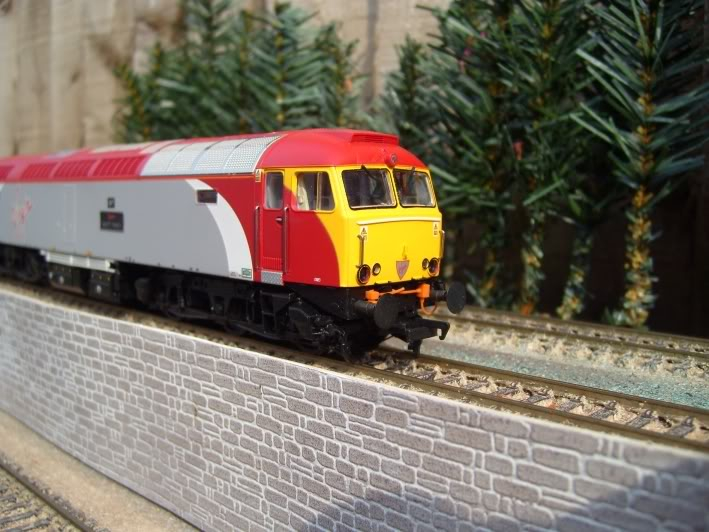 Cool pics Steve and Nice one there John !!!!!

Ah yes! The Weekend!!! Some great work from everyone once again. I have not had any time to work on the layout this week, but will share a few photos taken a couple weeks ago that I didn't post of some prototype ruins and such.

The building in this photo was Benham's Elevator when I was a kid growing up in Canandaigua. My dad used to get his cattle feed from them. I can remember him selling truck loads of oats raised on the farm in trade for dairy feed for us. I used to love to go there with my father as the placed smelled so good. Always had the aroma of molasses that was sprayed on the feed right before it was bagged in burlap bags. I am planning on scratch building this as a model on my layout at some point. The building was up til recently an Antique Dealer. What's left of the sign is not intended as a political statement....

This wall is right behind Benham's Elevator and was the back foundation of the roundhouse at Canandaigua. It was long gone by the time I was born in 1946. I think it burned but not completely sure about it. It is the only evidence still there that a roundhouse existed here. There used to be a siding at the back of the building where boxcars filled with goods for the business were unloaded and bagged feed was loaded for shipment. On the other end of the building was another siding were there was usually a tank car filled with molasses. Some the the pipes and fittings are still there. (I will try to get a photo.)

Steamers linned up ready to go.... 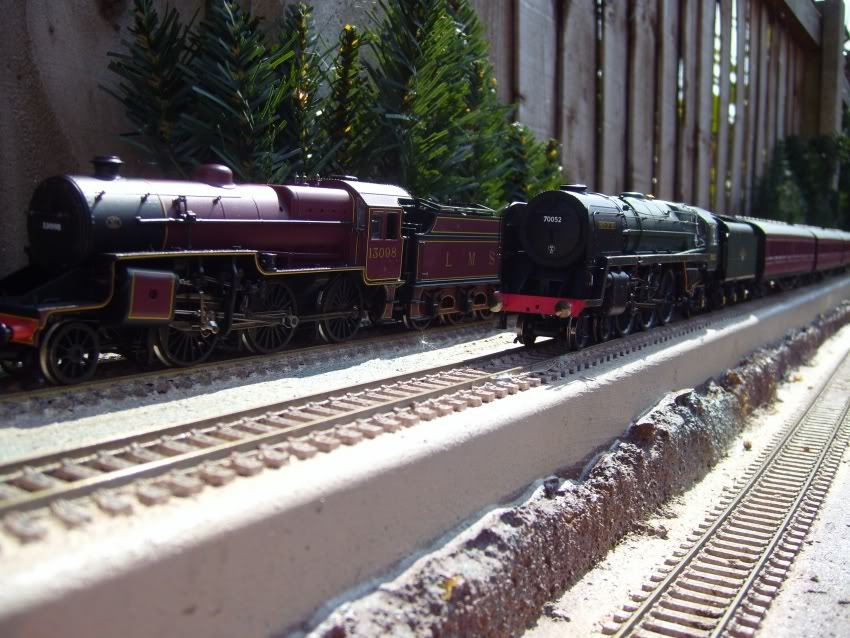 Track workers are still correcting some of the tighter bends... 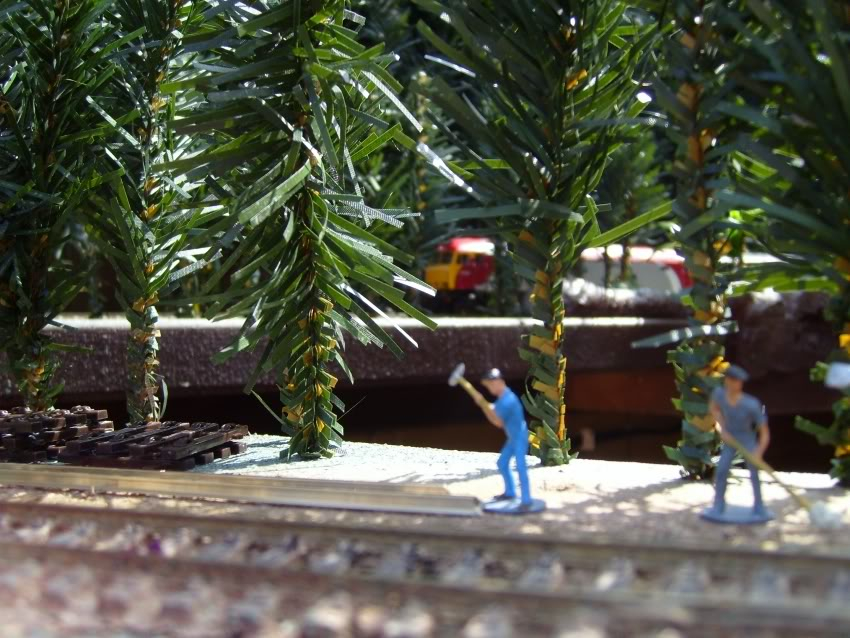 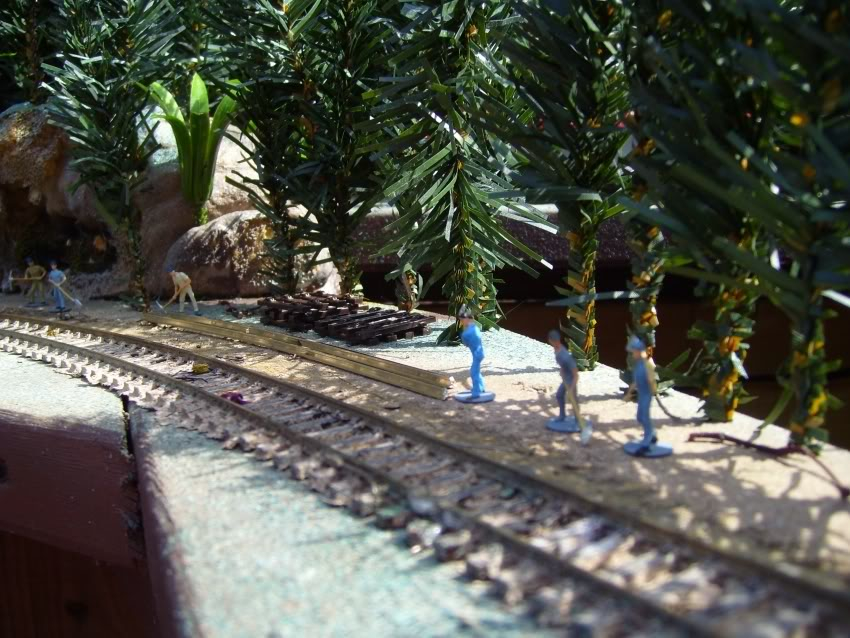 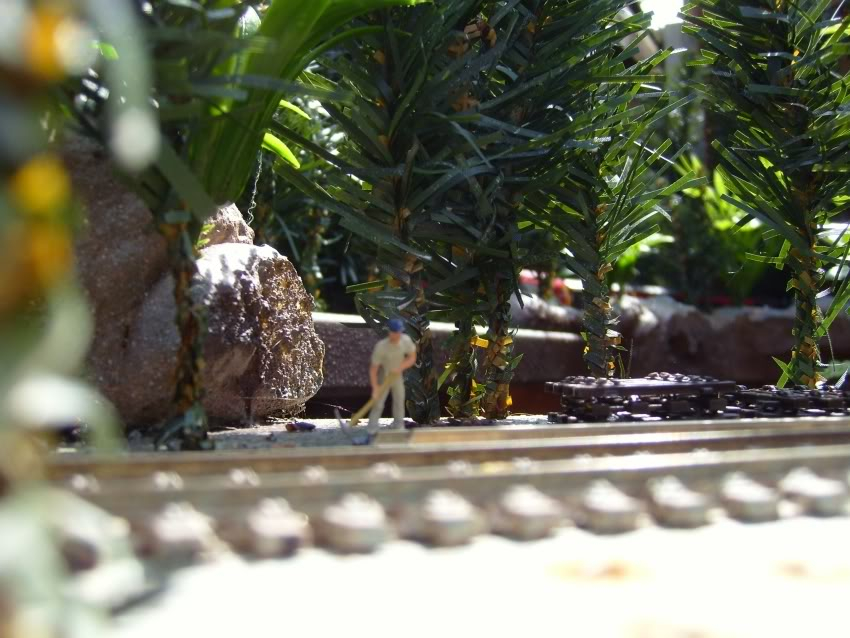 Through the trees midaday passenger passes by... 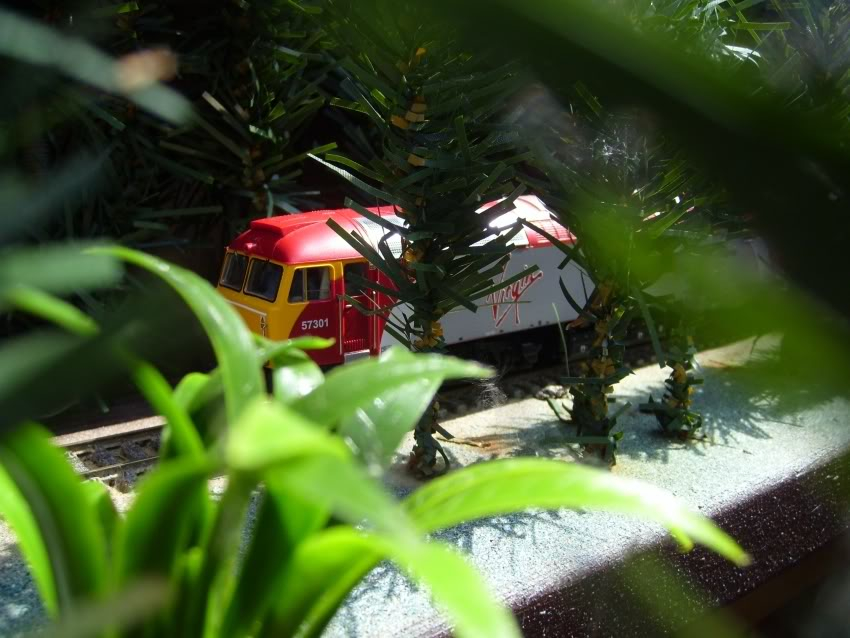 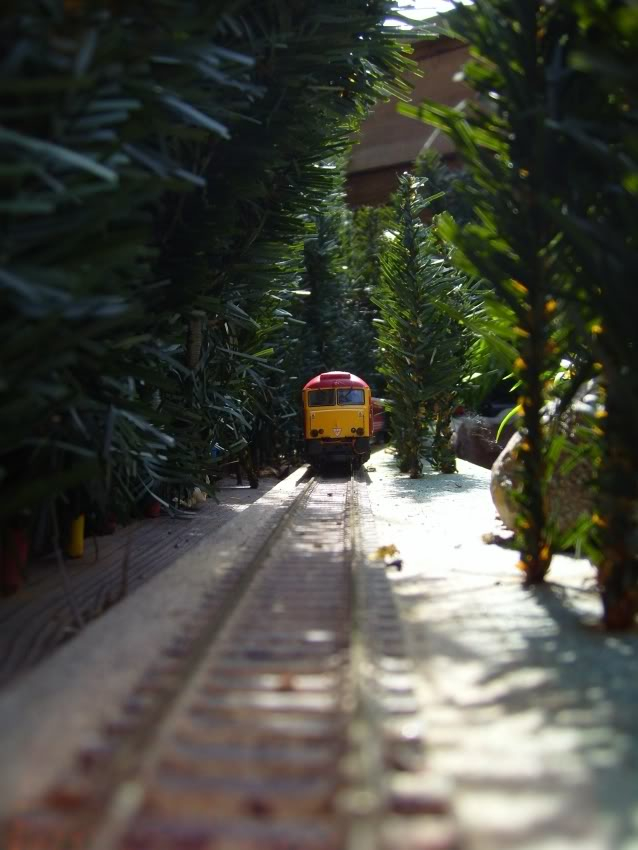 And it was all caught on video Click here

Ray, Are there any historical pics of the roundhouse? That looks like a cool place. I can only imagine the people that worked there and the work that they did.

Even though it was partly cloudy today, I got a few proto shots.

NS engineer pays a social visit on his friends while they wait for a proceed signal into the downtown interlocking.

Trackwork leading to the interlocking.

Anyone ever seen one of these? It flashes yellow to warn drivers turning right of an approaching train.

grande man said:
Ray, Are there any historical pics of the roundhouse? That looks like a cool place. I can only imagine the people that worked there and the work that they did.
Click to expand...

There may be, but I have never been able to locate any. This was originally part of the NYC System and I have spent hours searching the web and at the local hysterical Society looking for any photos of the facilities at Canandaigua. I would think that there would be more as Canandaigua was a favorite vacation spot of the Vanderbilts.

Well here is what I have been doing. I have a good deal of scenery done on the middle peninsula of the layout done.

Still a lot to do on it... I know it's pretty amateurish looking but *shrugs* at least I got it started.

Central of Ga/WesternRwy of Ala

Evening all. This past week,I had to travel to Opelika Ala.,for a sleep apnea test at EastAlabamaMedical Center. while done there,I took my camera along and got a few shots that I thought y"all might enjoy.

The first four photos were taken in Kellyton,and Alexander City. The first two are of one the signal blocks for the old Cof G,the spur is most likely a MOW storage track. The other two are in downtown Alex City,the first showing the start of a passing siding that goes about a mile out of downtown. The NS train was shot taking the siding for another NS train that was wraping up some switching at a pulp wood mill in Jackson's Gap. William.
You must log in or register to reply here.
Share:
Facebook Twitter Reddit Pinterest Tumblr WhatsApp Email Share Link