On the northside of Interstate 10 just about two miles east of Lordsburg, New Mexico I caught a glimpse of an odd track arrangements. The two sidings on either side of the dual track main were very short. Maybe 200' long and it appeared that there was a concrete pad between the two siding and between the mainlines. When I got home to California, I checked the area using google satellite images. The fuzzy screen shot attached shows how short the sidings are, but I can't tell if the ground is a pad or not. This is UP (former SP) trackage, and my only guess was some type of servicing facility, possibly watering old stock cars of hogs. There does not appear to be any grades of substance to require helpers and there were no signs of old coal or water towers. Any ideas? Just curious. 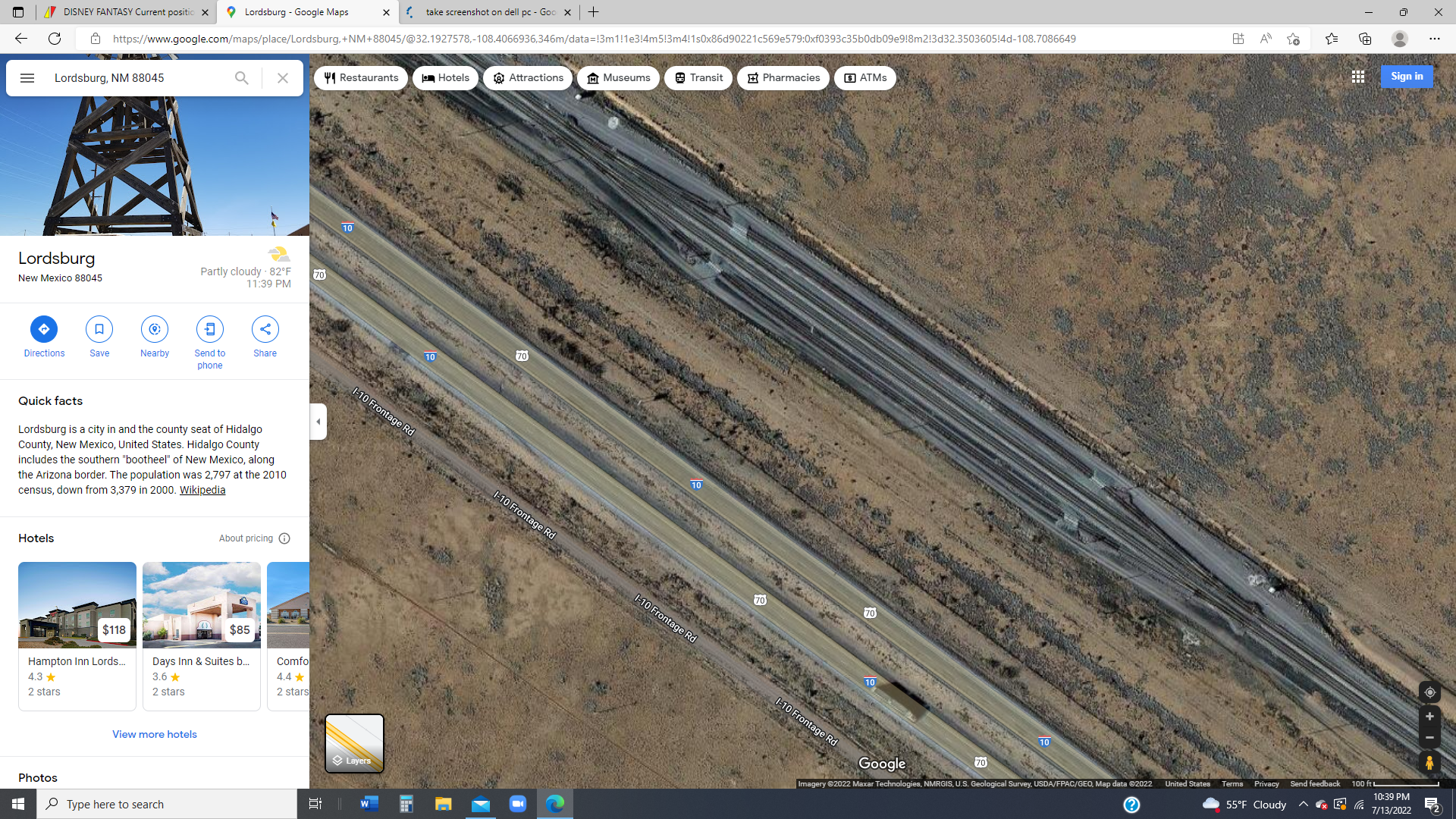 They look to be bad order set out tracks.

Hmmm, There is a similar one 2 miles or so to the west but only on one of the tracks. There is also a three track bone yard about a mile to the east, just past the curve that turns the rails to head straight east.

Edit - Did some more research. Seems dave1905 would be correct as these tracks are on either side of a hot box detector at at the former Southern Pacific mile post 134. Silver City is not listed as an official station on the UP but I found Separ. Lordsburg is mile post 149. This also tells me the mile posts numbering starts just west of El Paso Texas. Most likely immediately west of the former TP junction interchange yards.

Iron Horseman said:
Hmmm, There is a similar one 2 miles or so to the west but only on one of the tracks. There is also a three track bone yard about a mile to the east, just past the curve that turns the rails to head straight east.
Click to expand...