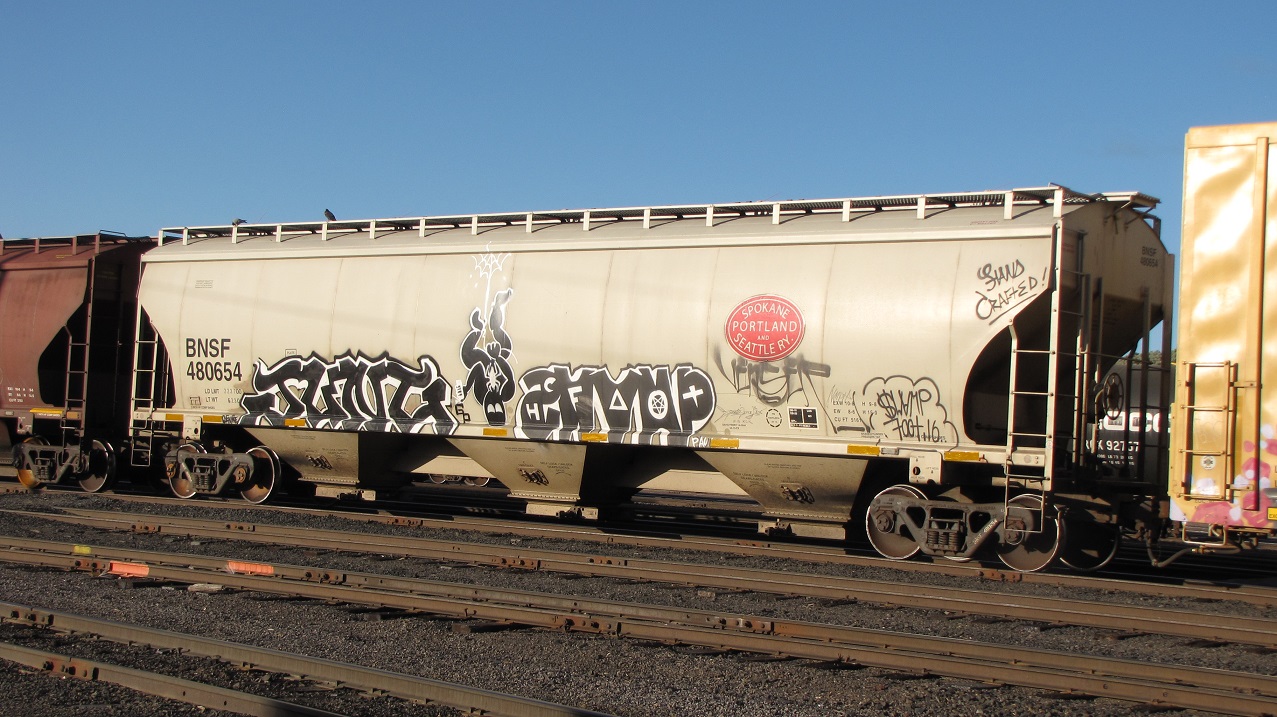 A prototype for somebody to model.......

I just like the SP&S. Too bad it has been contaminated with graffiti and BNSF markings.

Iron Horseman said:
Too bad it has been contaminated with graffiti
Click to expand...

Ditto to that as well.

Staff member
Didn't BNSF put some of their predecessor's logos on a number of freight cars a few years ago? That car looks like one of them. It's too new to be an original SP&S car.

You're right Terry, looks like BNSF did 27 hoppers in nine heritage paint schemes, three numbers in each.

Here's a site that lists them: http://twincitiesrailfan.com/forums/viewtopic.php?t=2154

Lost track if there is a thread, topic, (or what ever it is) on here for proto type photo's. Is there?
In the mean time I'll post this here....
A venerable ol' box car that has hauled a couple of tons of freight....eh?
Now regulated to storage shed status for a farmer here in the Basin. 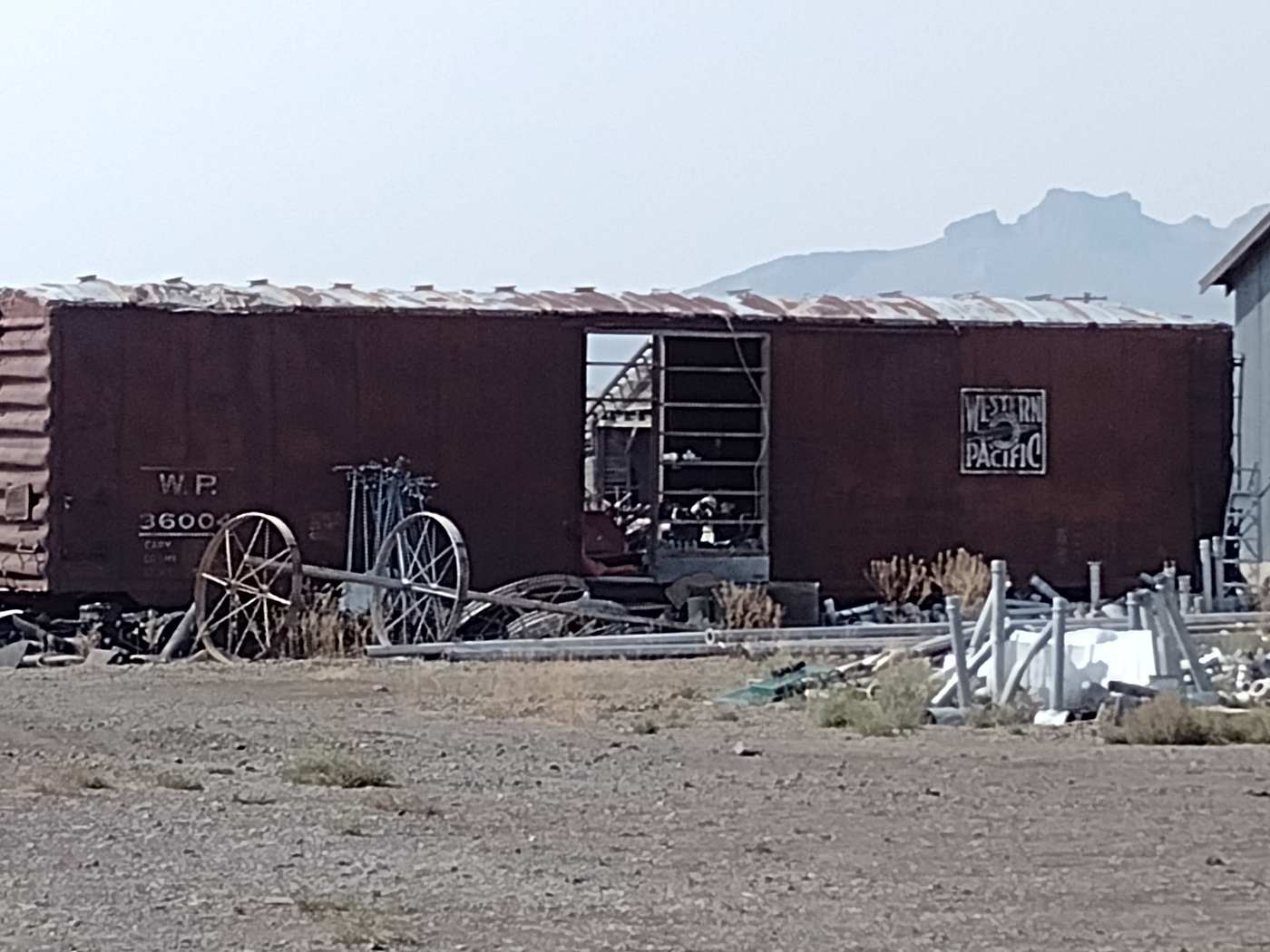 Even though the WP was considerably south of here, this car could have very well run on the GN tracks in this area.
The bluff over the top of the car rt center, on it's immediate west side, is where the (ex) GN tracks run, that made a connection with the WP in Beiber Cal. I've seen several pictures of trains with WP rolling stock & WP power on the "Inside Gateway" running from Keddie Cal. to Klamath Falls Ore. 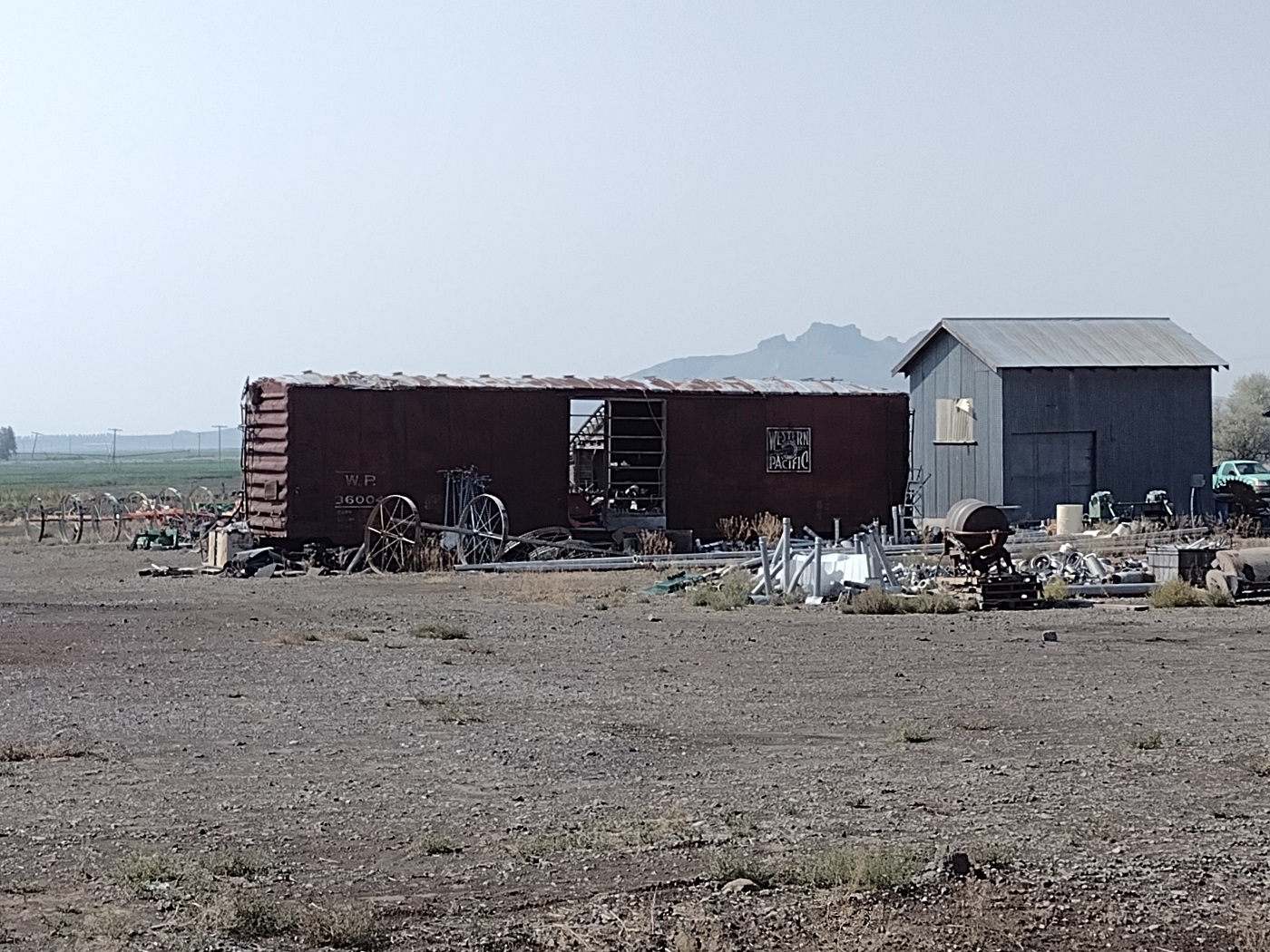 Here's another, found this one while visiting my son in Prineville. I had gotten this picture one day, and the next day some tank cars were parked in front of it. Timing!..... 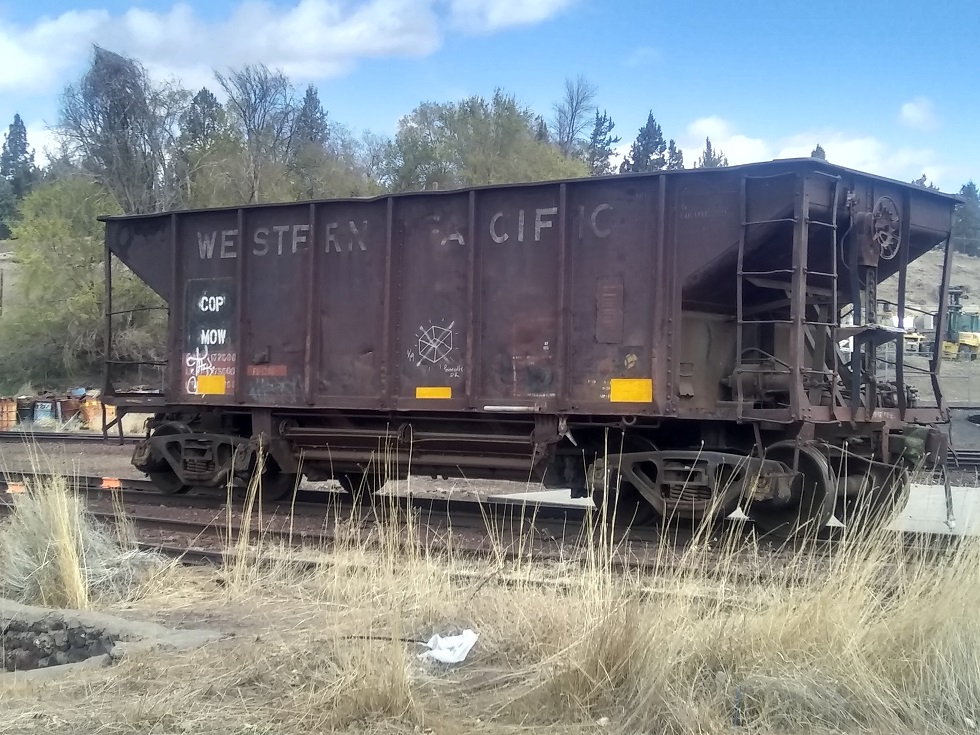 I don't think there is a straight piece of metal on this thing........check out the far right side. 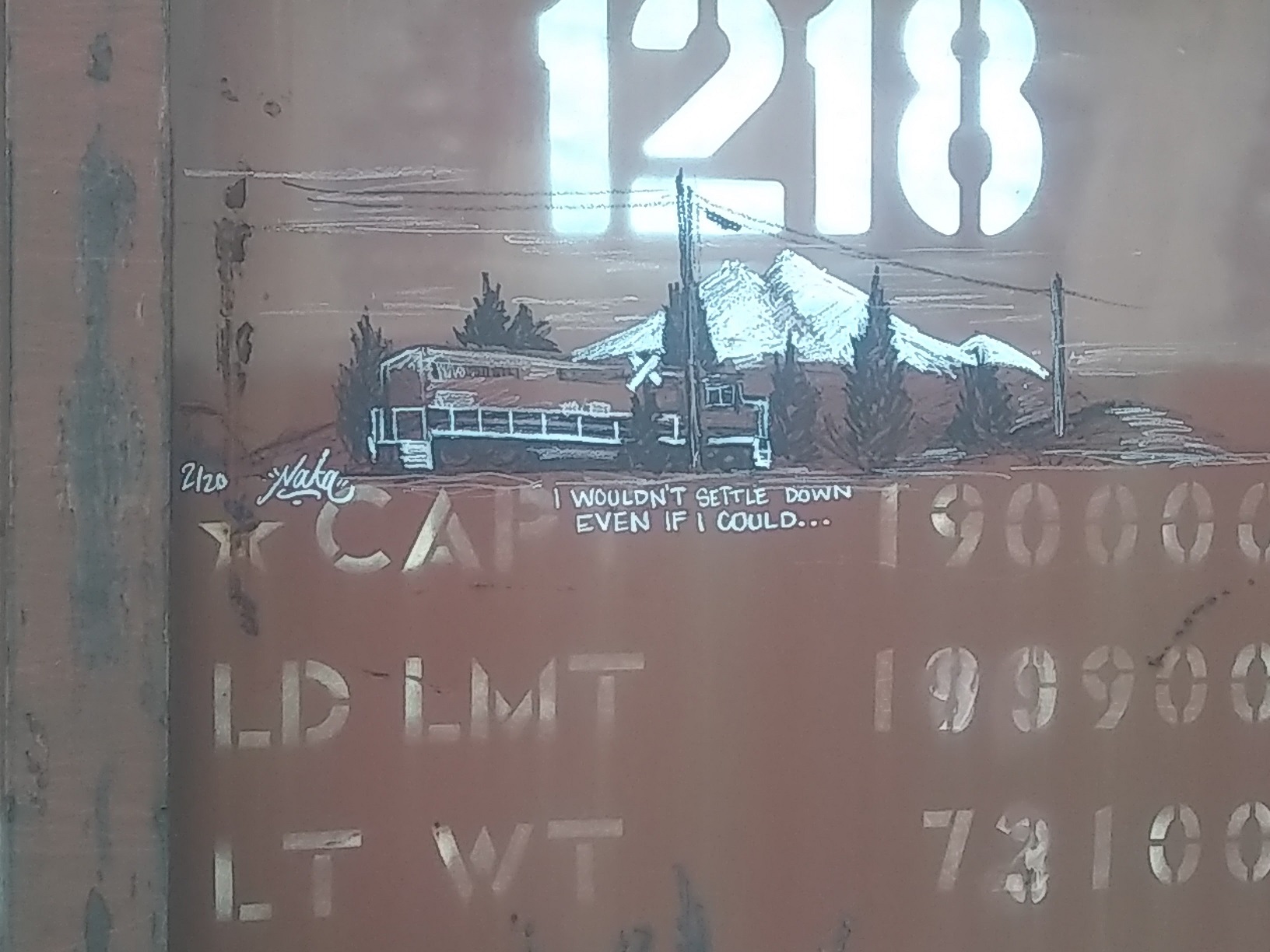 Just thought I'd throw this reefer car here..... it had already been put together when I got it, and I when handling it for pics on another forum, pieces were coming off of it. I had already taken the trucks & couplers off before this pic. 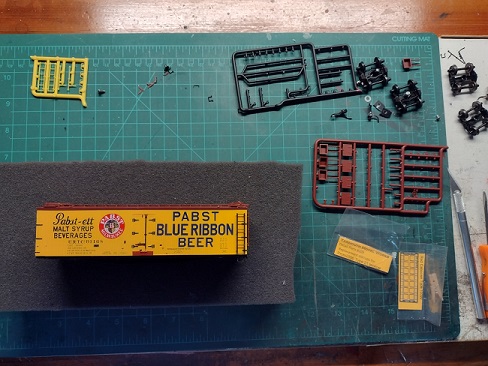 I don't know what kind of glue this guy used but all you had to do was pry a little bit on the piece and it would pop right off.
Totally apart..... 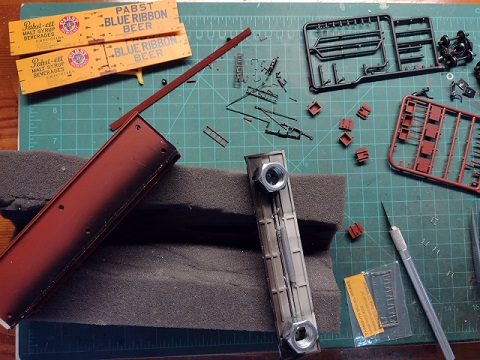 The glue spots that were left, were hard & shiny, I didn't like the shiny part, so I used triple ought steel wool to go over the roof & sides. This cut the shine on the glue spots and also cut the plastic shine on the big parts. The black parts I scrubbed down & gave 'em a coat of Krylon flat black. 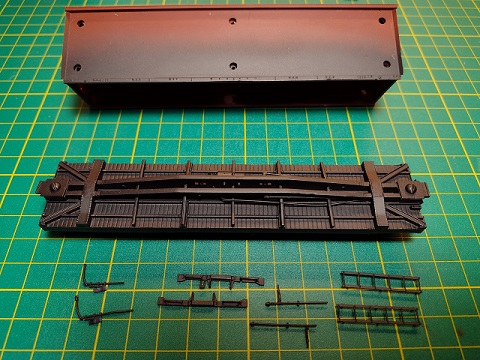 This is a Branchline Blueprint series car. Seems like it has three different types of plastic in it and a pretty heavy paint job. I figured I had just the glue for this job, Plastruct Bondene. I recall that on the MR forum in a discussion, this glue was recommended for this kind of an application. So, I got some! 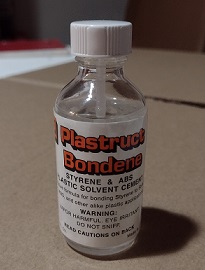 I took the applicator and removed all but four of the strands to control glue flow. (say that three times real fast)

Bad thing though, the tube is hollow and can gravity feed the brush. (ask me how I know )
The completed car... 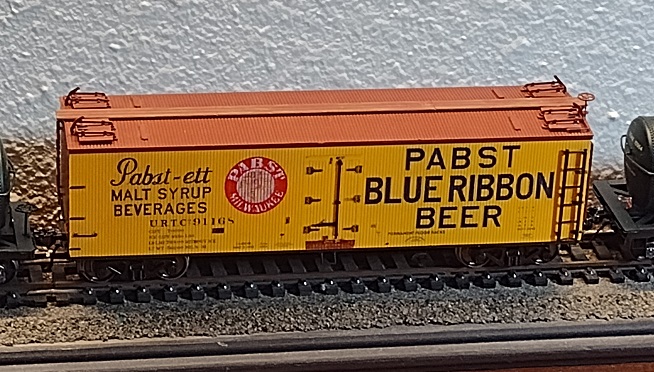 It's been a long time ago in a land far away that I might have had a Pabst. I didn't know when Pabst gave it up. I do have some of their very first cans though..... 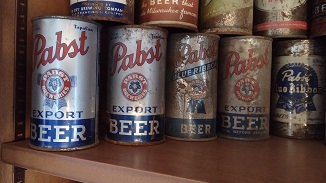 OTM
Thought I'd throw this in here, some Other Track Material. This signal house, is on the old Modoc Northern line of the SP. When I moved here in '75, there were a lot more of them here on the north end of the line. This one has been resurfaced, and is being used by this siding, next to a crossing, (out of sight to the right.) I believe, the mile board is the distance from Salt Lake City, ascending south to north. 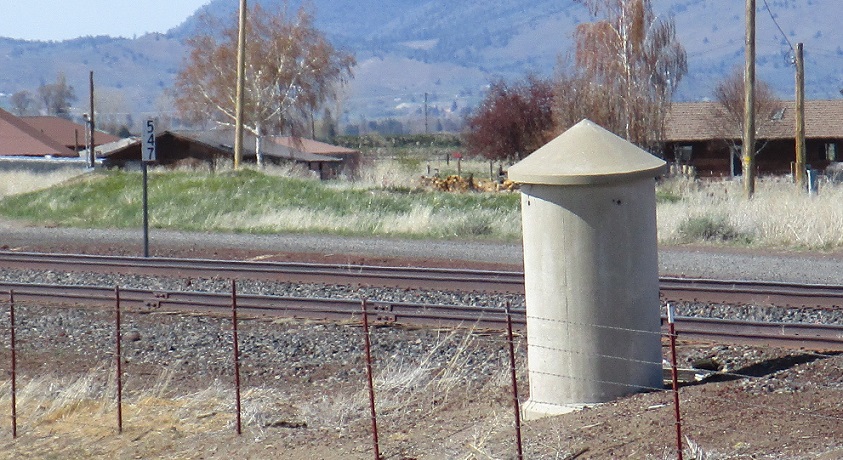 I had shown this elevator over on my Gateway thread, I had a few more pics, so I thought I'd put them here.
Look at the details on this thing. Track ends in the classic pile of dirt to the left. 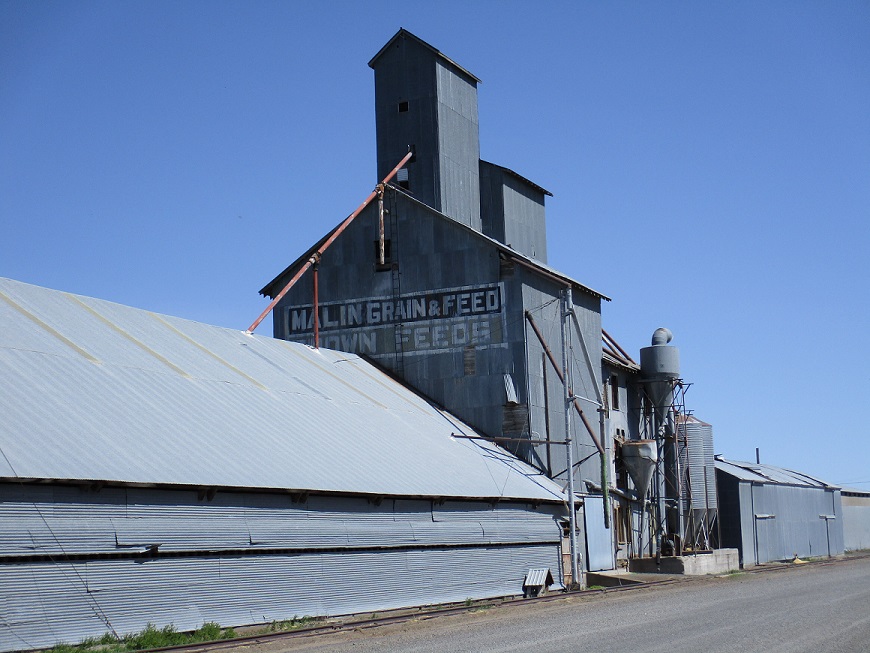 These two fallen flag cars are at the far end of the building, loaded by the looks of the springs. They ship in, just as well as out, at this elevator. 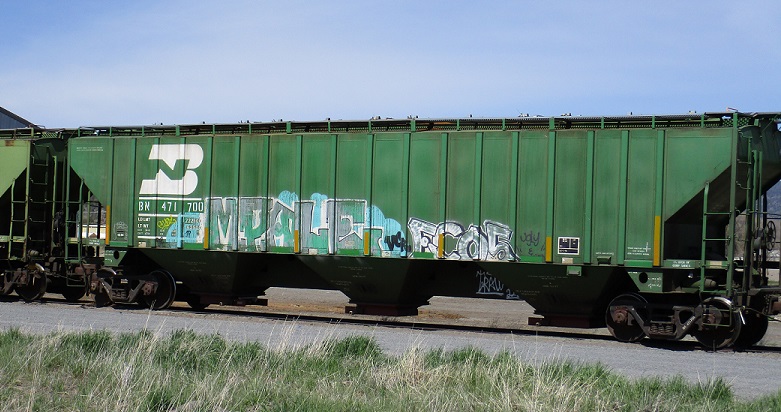 What is the deal with the paint job on this car? Is that dark green an attempt of a re-paint?
I like how the original paint has weathered, luckily with out vandal's paint....this side anyway.

Anybody have the story on BN cars that BNSF kept/repainted?
At least in my area I see a lot of gon's, covered hoppers & flat cars operating in BN original paint schemes. Apparently box cars was one that BNSF did repaints on. This is the first BN box car I've seen on or off the tracks!

Here is a couple of fallen flags, with trucks this time, on the move, on the Modoc Northern sub of the UP. I heard him sound the horn for the crossing just up the road, so I was ready for him when he passed the end of the drive way.
Chicago Northwestern..... check out the roof hatches.... 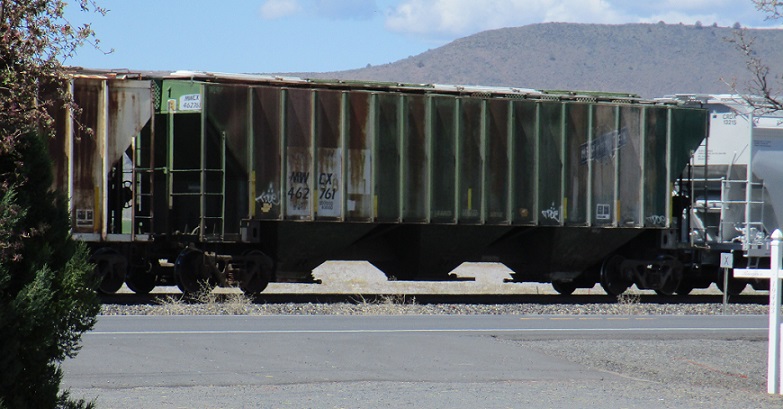 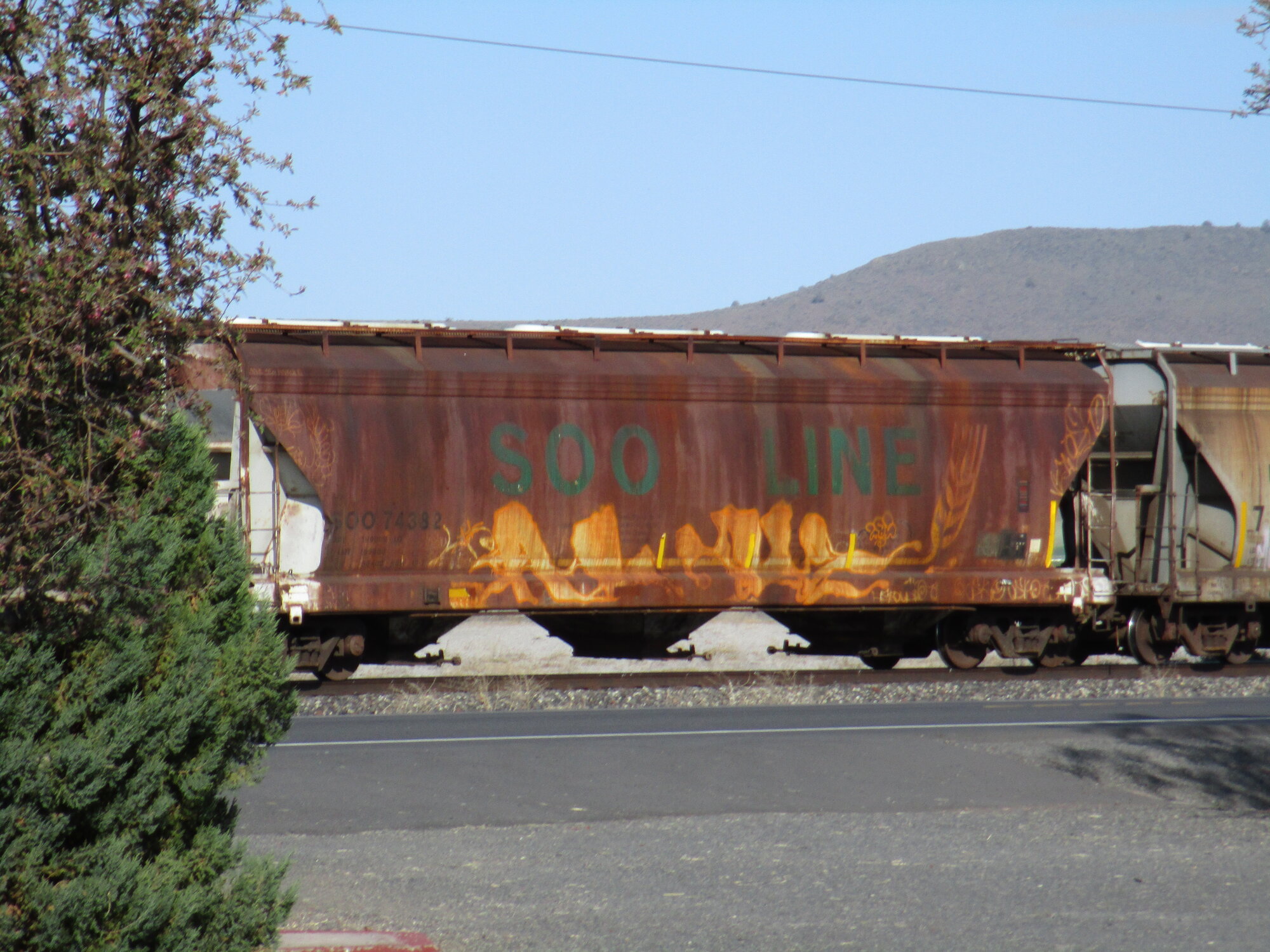