Here we go again,
Show us your best shots everyone,,,

This is my new Atlas gold series MP15DC, minus some small details i havn't fitted yet, it's on the only bit of my old railroad i saved

Do they realy exist those freightcars behind your modelloco?
What kind of produkts do they transport? I am just curious nothing else
Jos, grove den

Yes i believe they do, i am guessing they carry steel products, but i'm not sure what part of the USA they were used in,,, over to you Ken Larson your the steel mill guru

Here's a couple of photos that didn't make the cut for my entry in the September Photo Contest. USRA 2-6-6-2 pulls a long string of boxcars up a 2% grade on the Seneca Lake, Ontario. and Western RR in August of 1925.

been finishing the last of the mainline track in the new room. Have a lot of wiring to do and still need to buy and install another 24 Torti on the layout. Then it is ready to do some serious running even if most of it is still the Plywood Central.
E

they are from a trip to steamtown 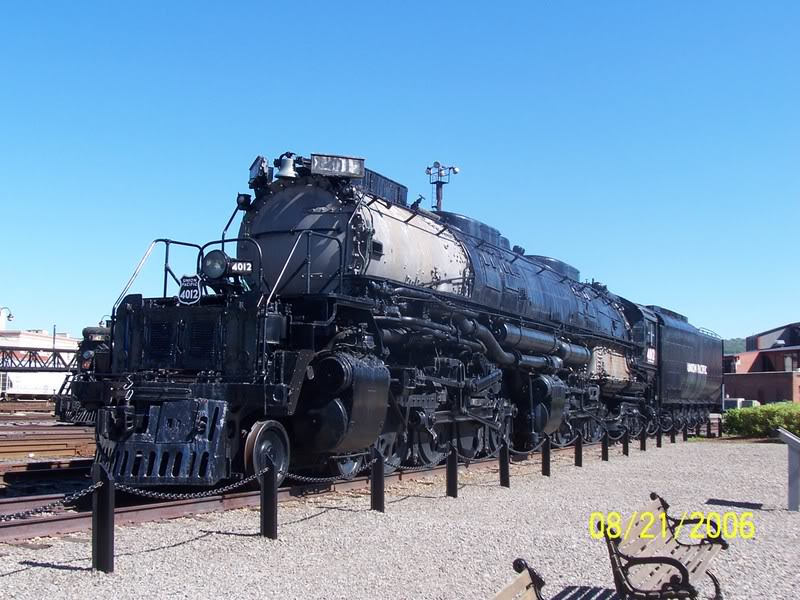 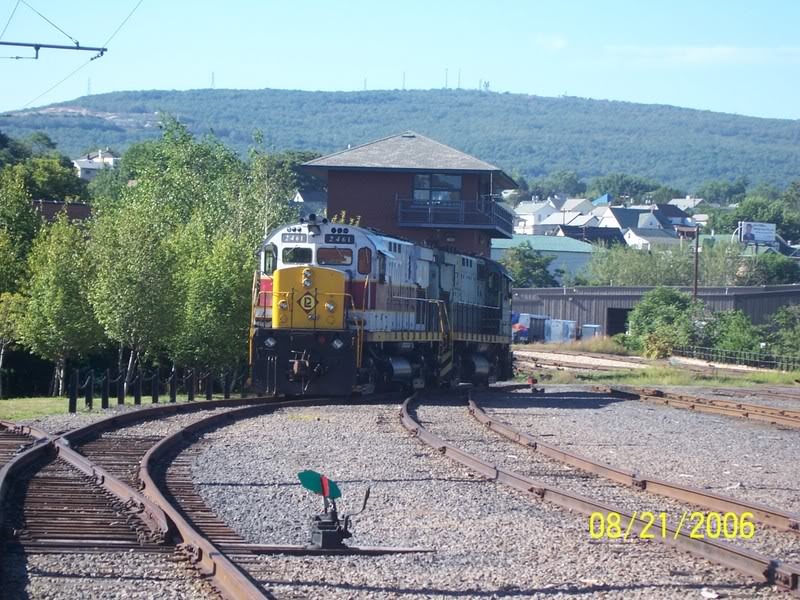 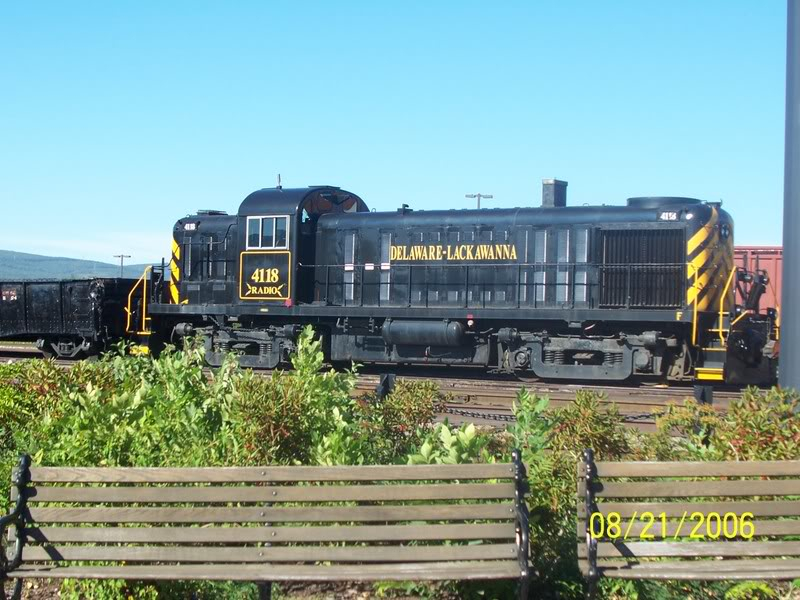 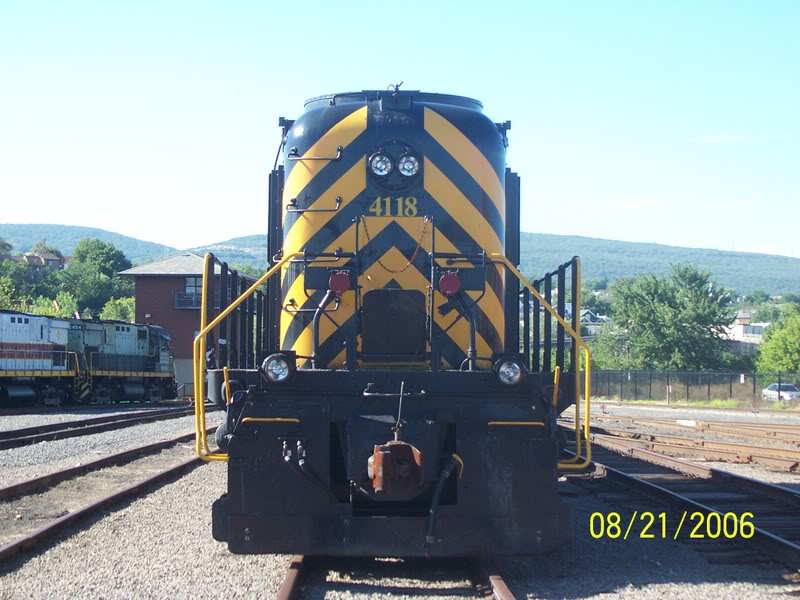 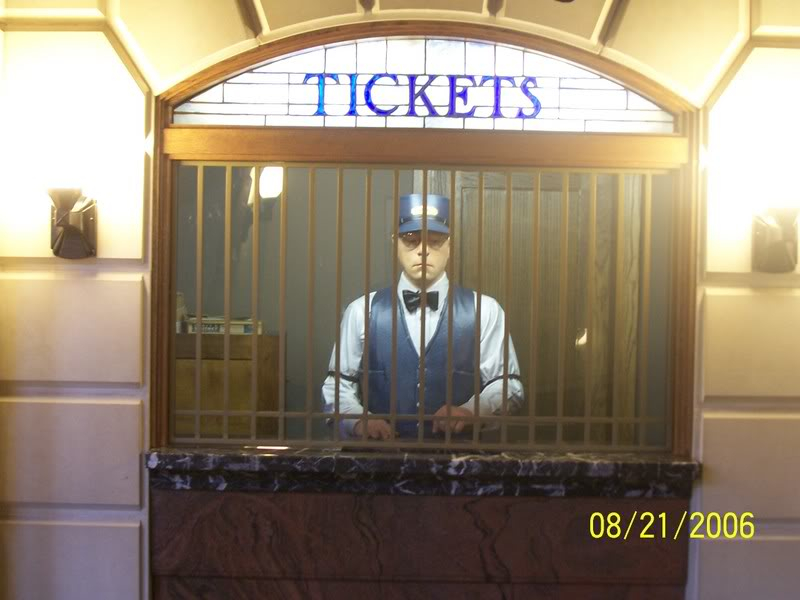 *drool* Steamtown, I've only seen it once, from the bus window across the valley!

Last week The Thai government of modernization and globalization was kicked
out by military force. It is too easy torndown the constitution, may Thai people be deserved for anarchy and dictatorial. The were crazy with military scale 1:1 all shown' off through out all metros.
I meself keep mybody safe and sound at home resume the resin work from last week on inert day like this.
I found that I droped too little cobalt and hardener in the mix, so many pieces
were too soft and unstable then the work is not neat. I did not disappointed because I had relized for this character of rough resin work before. I satisfy for the mess process and the outcome which is looked like ruine. More or less I would not assemble them as original model, I will modify them for my own favor my own siteplan......happily....
B

Some update shots of my Behemoth Helix:

I started the helix the day after Thanksgiving last year. It's STILL under construction. That's good in the respect that I haven't given up in disgust or run into some unforseen and insurmountable problem. It's just taking a long time to build this thing!

I have four tiers of the nearly six tier helix completed. I've set a goal of Thanksgiving day (November 23) to complete major construction. That gives me two months.

An overall view if what it looked like as of early September:

The Cody branch exists the helix on the second tier, and curves around to where the town of Cody will be located to the right outside the helix:

A shot from along the wall in Mid-August. The yard on the bottom to the left is Minneapolis Staging. The lower single track on the far left is the Lander WY branch. The upper left track is the line from the helix to Thermopolis WY (behind the camera in this view), and the roadbed with just some cork laid above Minneapolis Staging will be Glenrock Siding. To the right of the aisle is Laurel, MT. The track leaving the helix part way up is the Cody branch in the above picture. The backdrop is in a temporary location to the left - it will actually be just to the right of the Thermopolis line, leaving Glenrock Siding the only visible track to the left of the aisle:

Power distribution is via terminal strips. There are two strips on each tier - one on each straight section. The sub busses will all be tied into main buss lines under the bottom tier:

Kinda dark between the tiers for the camera, but here are some test trains parked on the tier immediately below the level of current construction:

Great work everyone! P POP, glad that you and your family are safe. Hope you stay safe during this difficult time for your country. I have been thinking about you as the events have happened.

Nothing to exciting from me this week, just manadged to squeeze this little project in, i have a turnout that i cannot fit any kind of switch machine under so i did one on top which will hide in a cabin, it's a twin coil solenoid unit. i mounted it on two plastic kitchen cabinet blocks, the ones you use to screw worktop down with, i drilled a small hole for a length of MIG welding wire through both blocks and after bending it to shape i soldered a small hoop for the solenoid throw bar to locate in and that's that.

Steve B: That is a pretty ingenious solution you have there. Great work.

Here is what I did.

Posting a redirect link so I don't hog a bunch of space here. 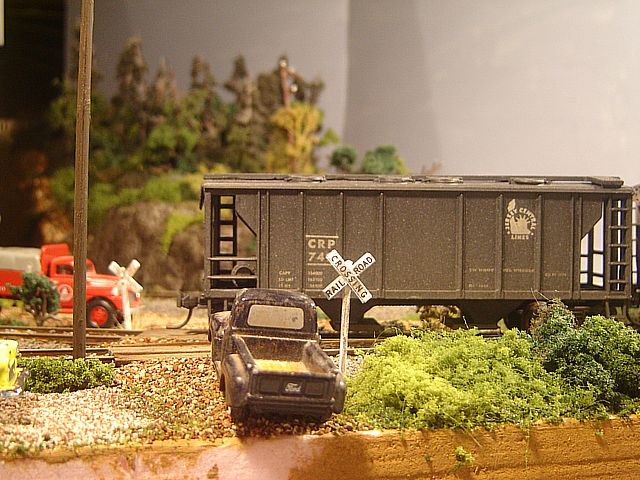 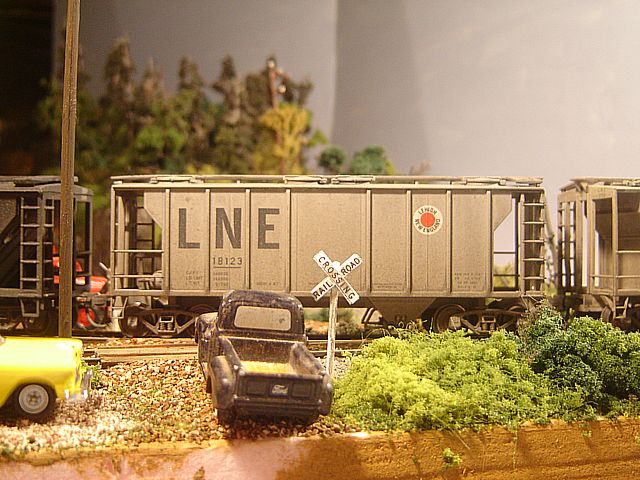 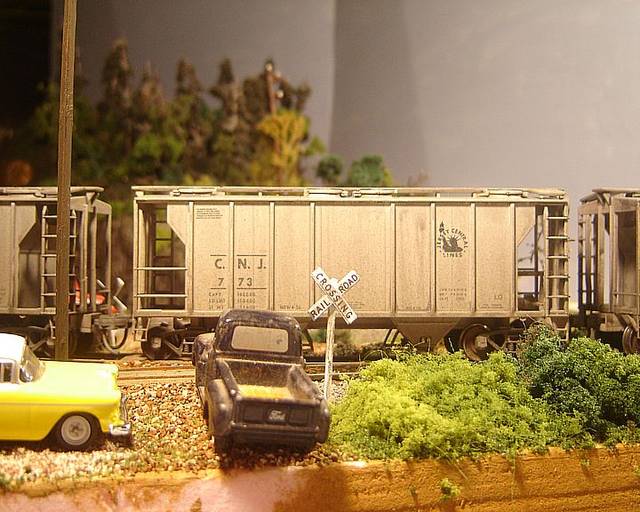 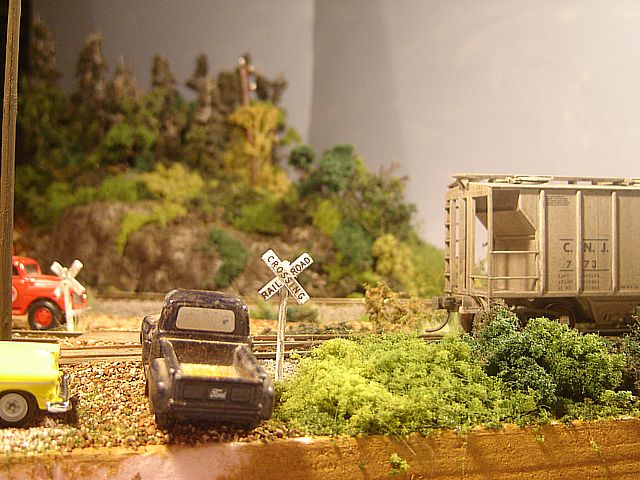 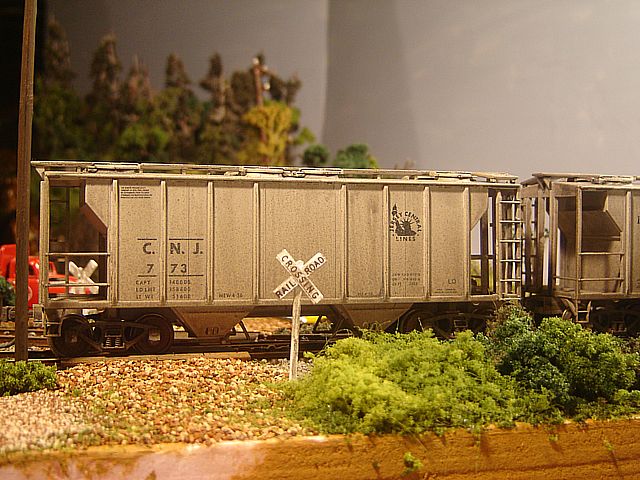 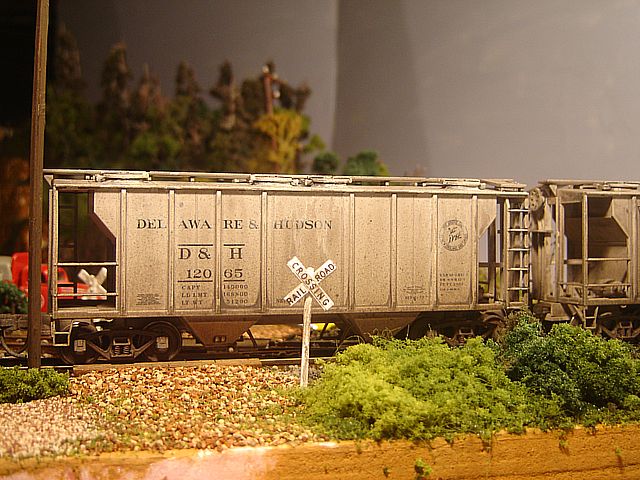 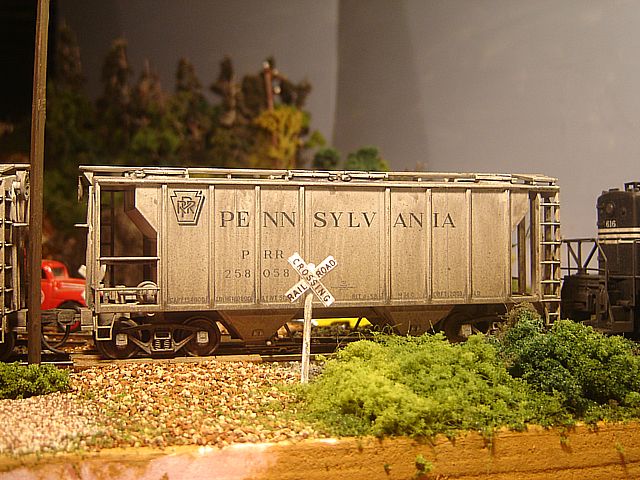 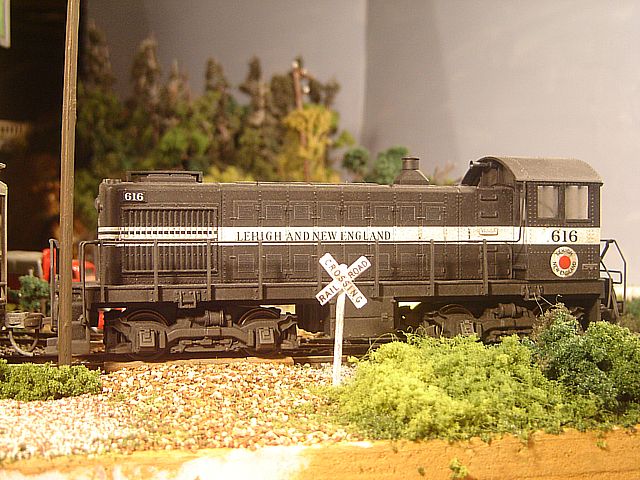 And here are a couple at the office. 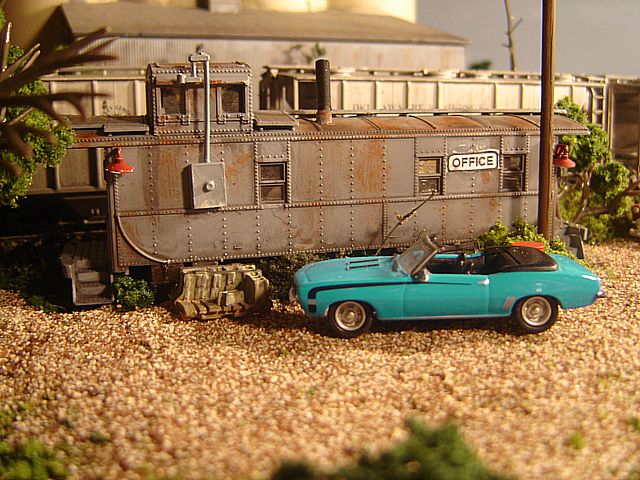 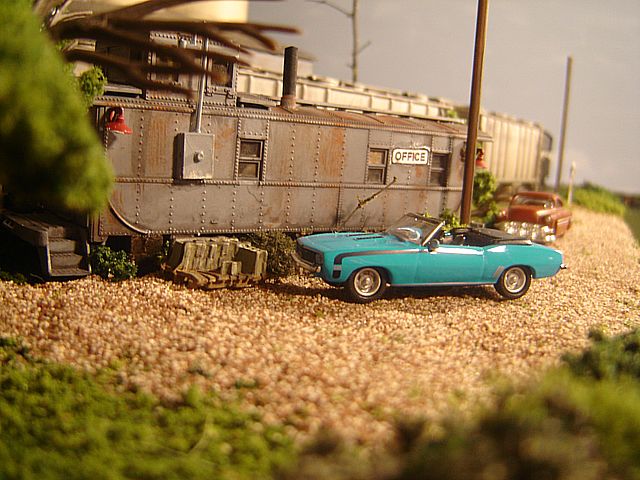 And a link:
http://rr.blockchoice.com/cn5414.htm
Sorry about the menu missing, I'm still tweaking on the html, it tested a redirect thingy, that if you directly accessed the page it reloaded with the menu, but it started a chain of menus! I'll keep trying.
L