It's hard to have just one favorite but here is one of mine, an SD60M. It is a Proto shell on a modified Athearn drive. I fixed the major dimensional errors on the shell, mainly the area just behind the cab that was too low putting the grills in the wrong places. I also fixed the seam line on the nose. The Athearn SD40T-2 drive was stretched to the correct wheelbase and the trucks narrowed to prototypical width. It was fitted with a Athearn Genesis motor and NCE decoder and LED lights. I added some details on the pilots and, since I started with a decorated shell, fixed the paint and decals I'd messed up while doing modifications. 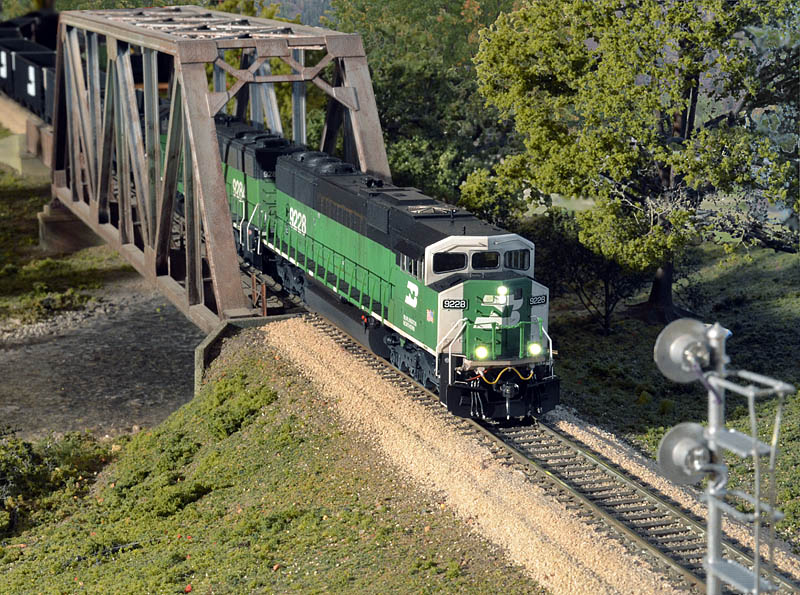 My favorite is my Division Point Krauss Maffei (followed closely by my UP1989 SD70AcE by MTH): 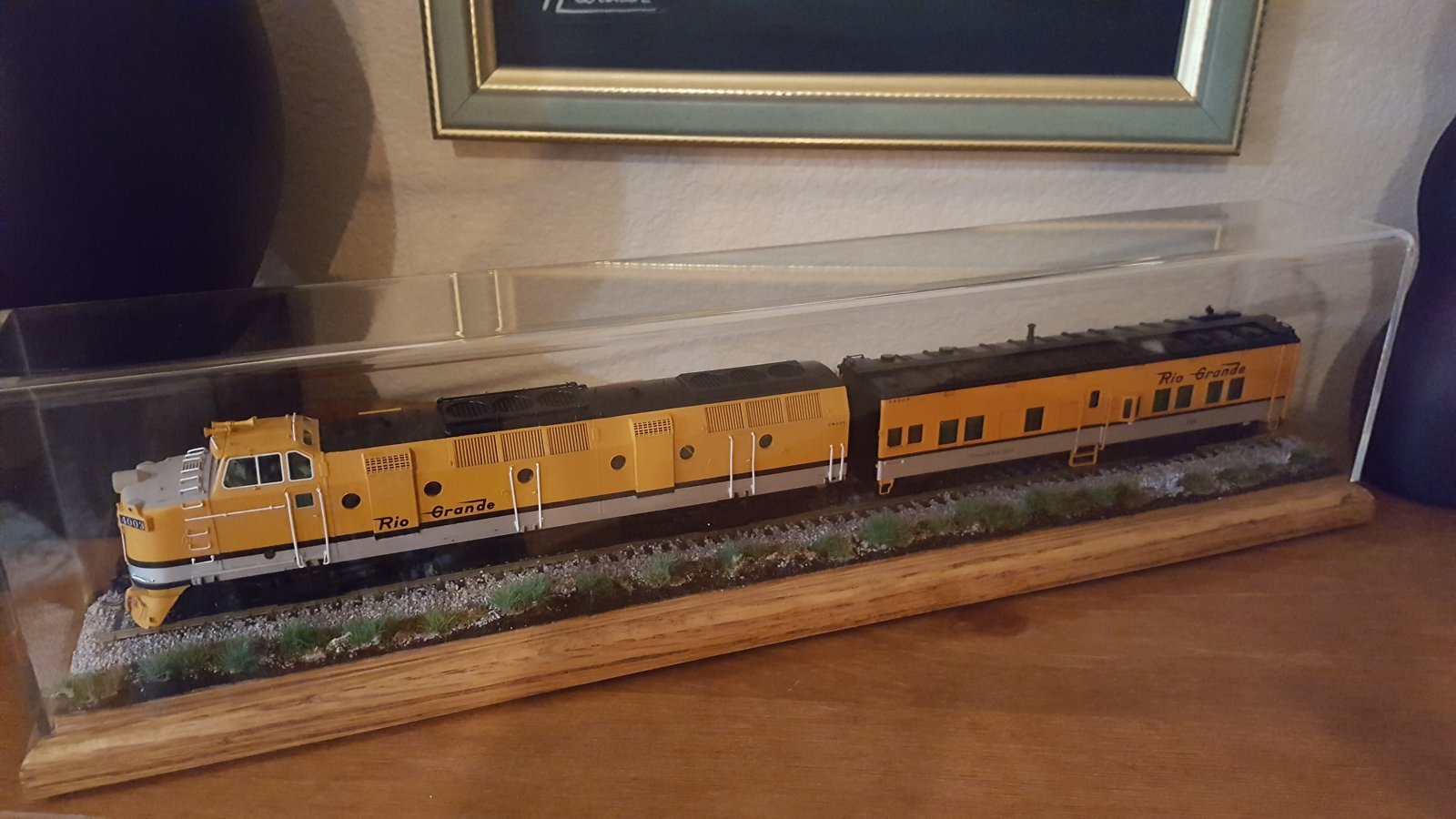 4007 in the middle , " factory weathering" but it runs great

better pic of the 4007 in factory weather

And this may surprise you I have a favorite GM that is the E2As and E2Bs the COLA units. So sweet looking.

As for modern diesel it would be the SD 90MAC 1st issue.

I actually had this model....but sold it because Union Pacific didn't have DL-109....although they looked at them as reported but did not buy any. I love the looks of them! The model I had I think was called Proto 1000?
B

Weathered Allegheny is my all time favorite,... 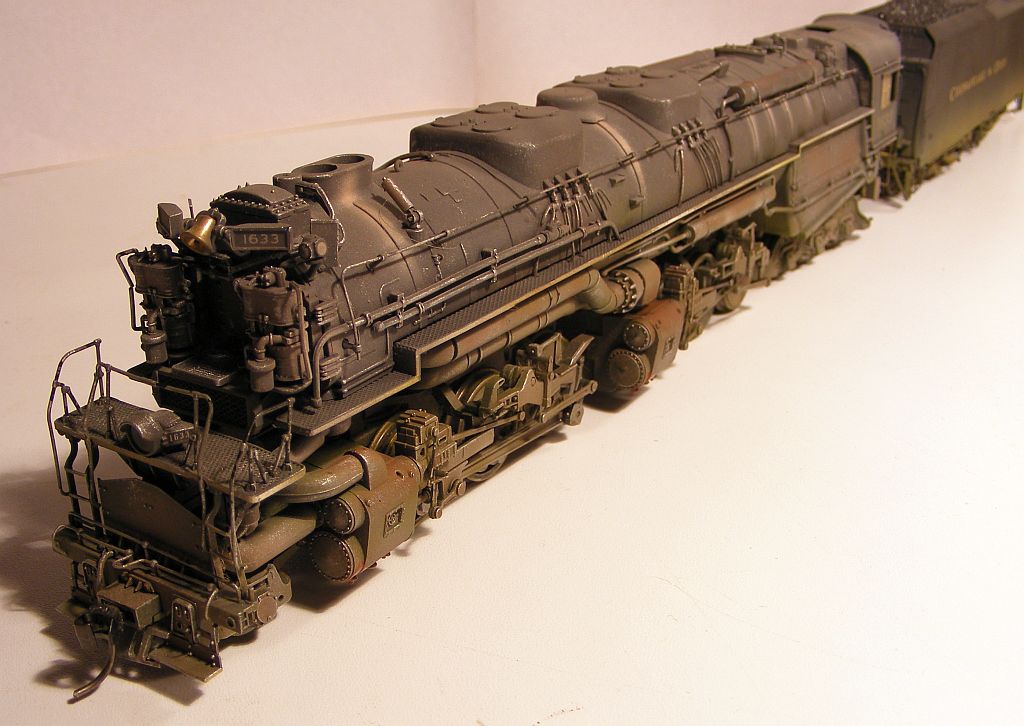 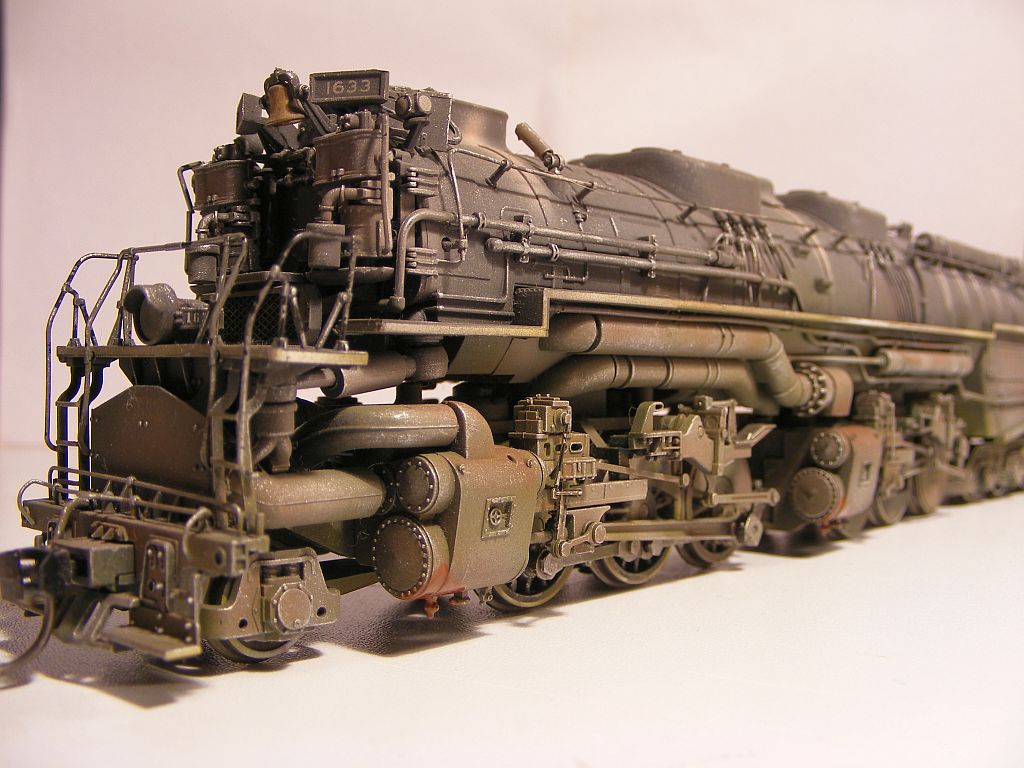 beiland said:
Weathered Allegheny is my all time favorite,...

Staff member
I am stoked with all these pics!!!!! 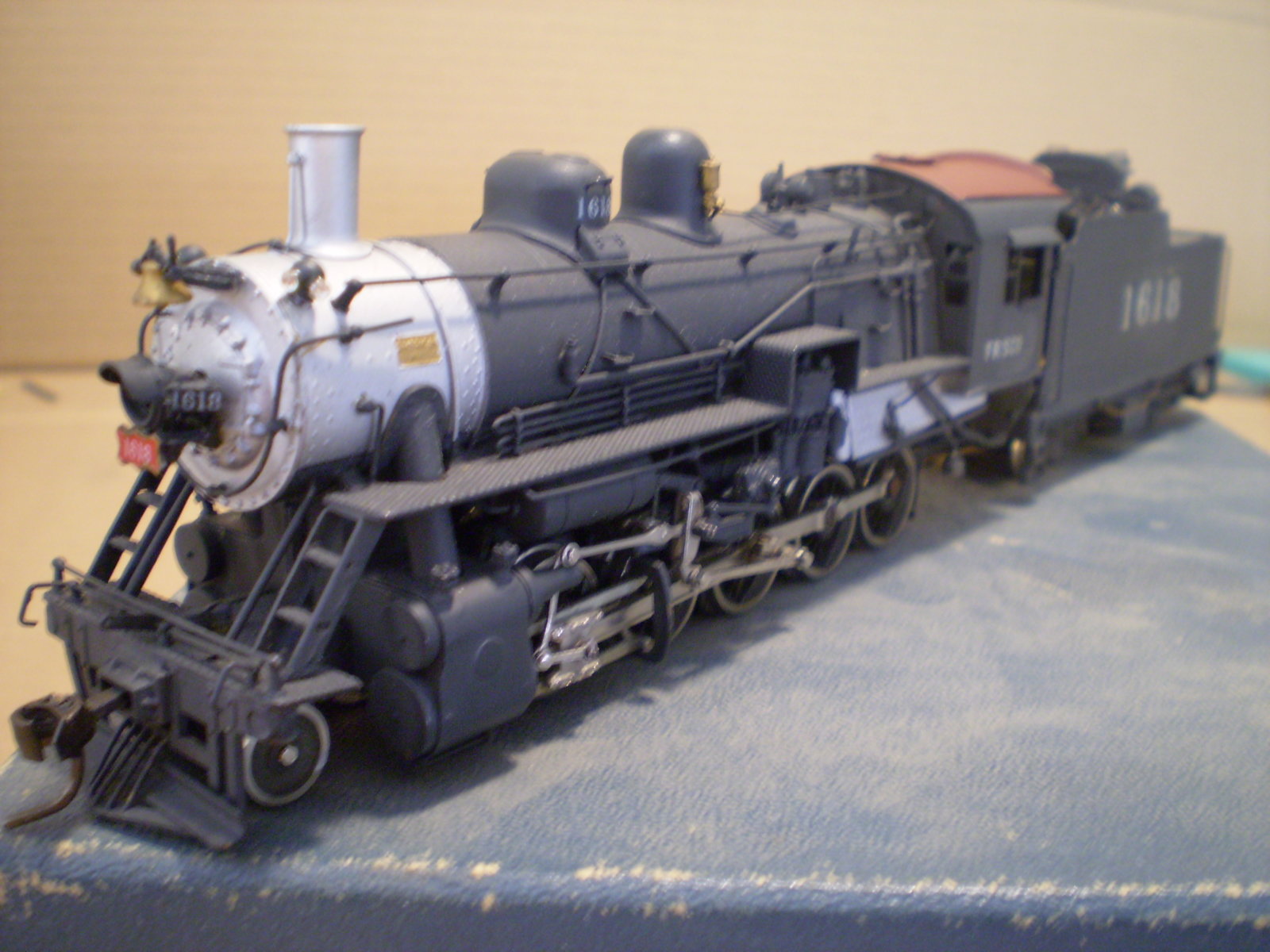 As of right now, I'd have to say this one: 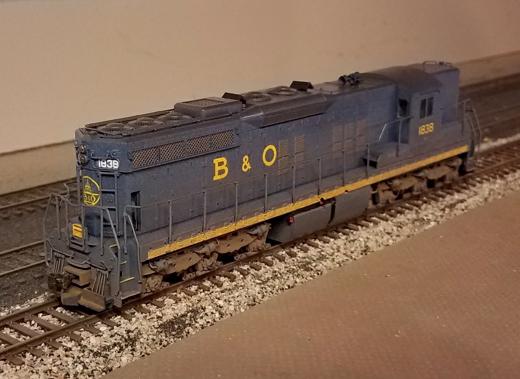 ...because (1) it probably gets more run time than any of my road units because it is my primary yard loco, and (2) I got to ride in the cab of the prototype in 1972 when it was working Curtis Bay Yard [near Baltimore], shoving hopper cars onto the coal pier.
M

Sirfoldalot said:
I am stoked with all these pics!!!!!

Shown is my G-Scale version of a Mogul, formerly running on my 150-foot indoor layout. 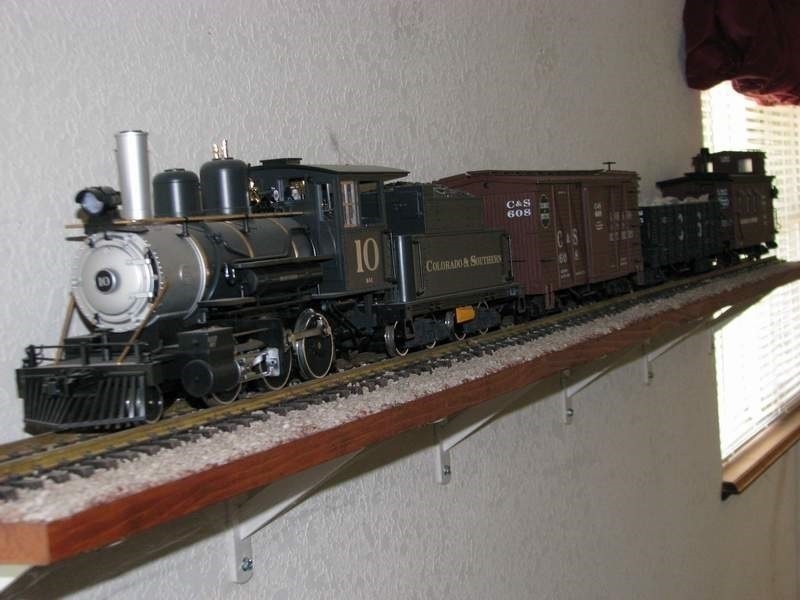 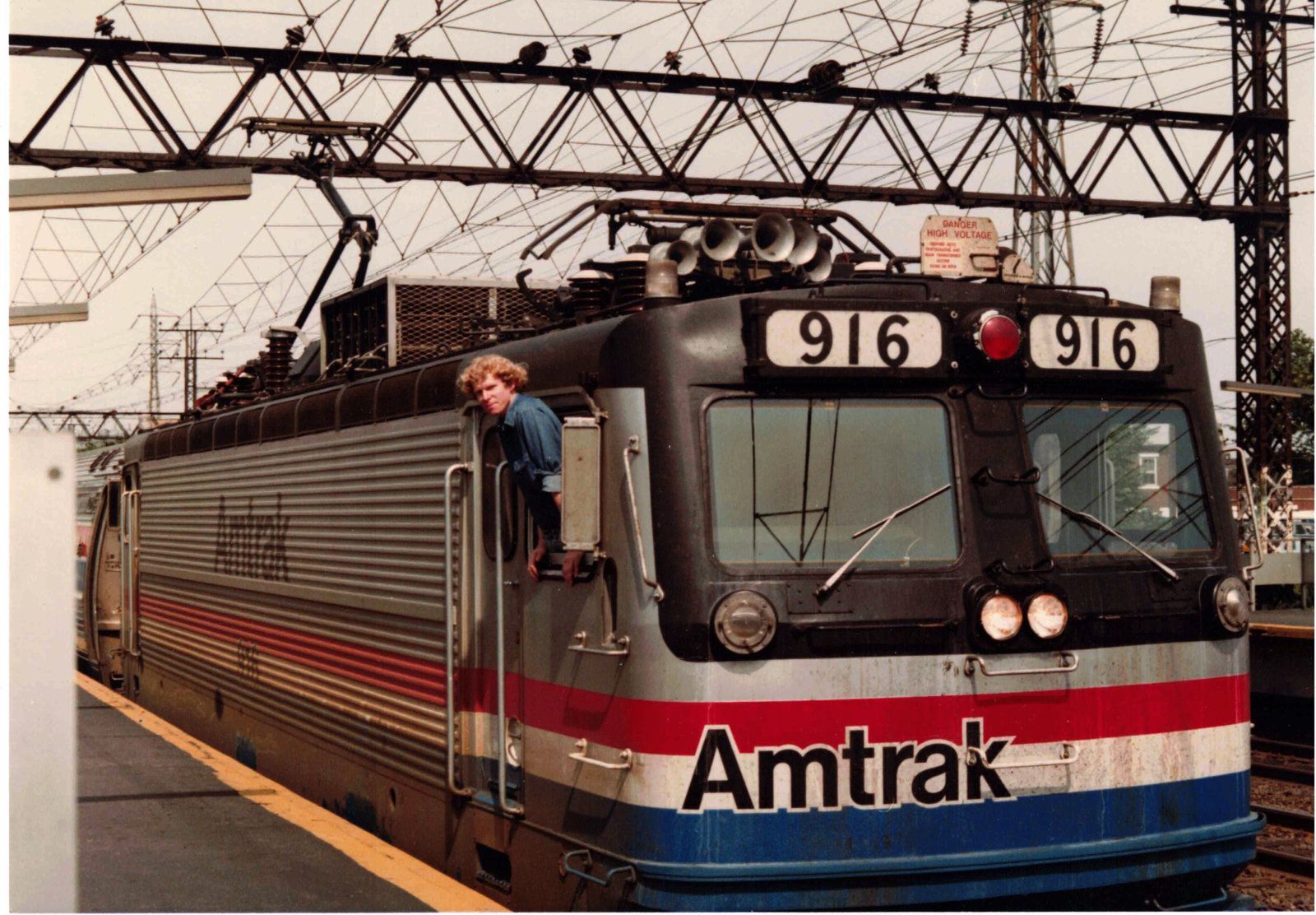 Just hangin' out with AMTRAK eh!

My favorite locomotive(s) are both G-Scale steamers.

I ran them on a 150-foot indoor layout, but since I lost some of my space, I had to drop down in size to O-Scale 2-Rail, which I'm now running on a 127-foot folded dogbone layout. I hated going that small!

Here are the pictures of the G-Scale locos on display shelves: 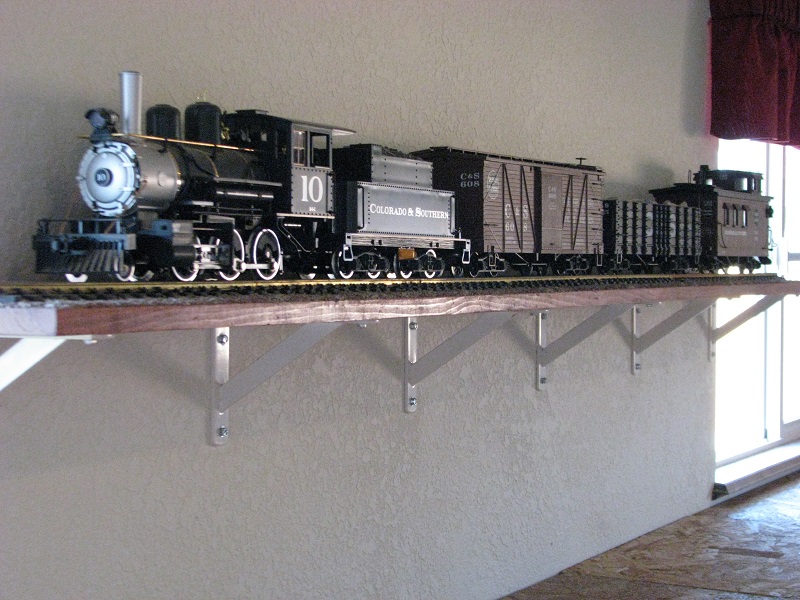 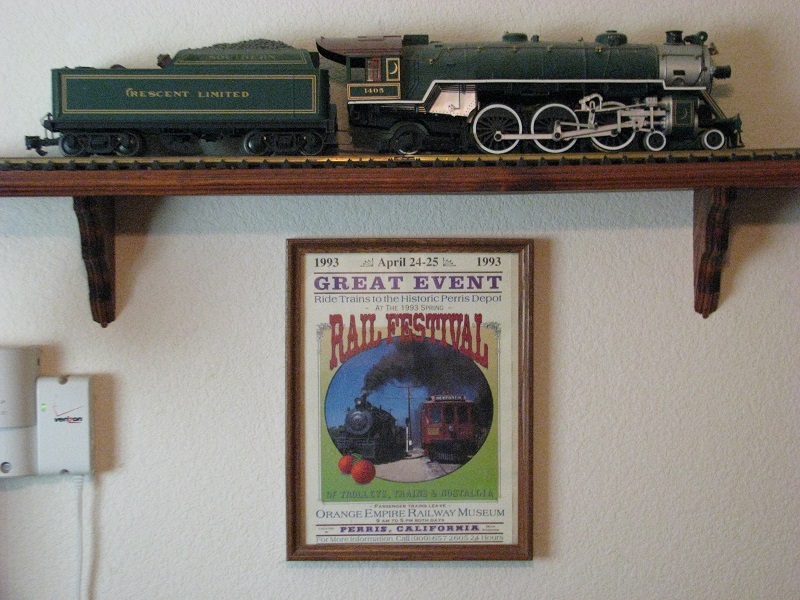 That's a tough one to answer. My father got me into this in the 50's. He liked all steam and diesel. Then he got into Riverossie steam the IHB 080 was his fav. Then he built on this with most all the way to the big boy. My favorite steam was PFM 2662 it was the best.

When he passed I was sent some old Bowser and many tyco steam I built. Then I got into Rocco electrics did a lot of trading there were many really fine loco's. Later on I really got into anything Alco RS-3 , 11's C420 and 424 all atlas and the switchers Sw-7 which were blue box and the baldwins. Then they came out with the SW-1 and HH walters put out I had 4 of each. Then Stewart with the VO-1000. Ended up selling most. Stewart had the Baldwin AS 16 and 616 blue box drive, still have 2. My all time favorite are the Baldwin /EMD and Alco /EMD rebuilds. I did a lot of those and like a fool sold them. It was easy using the proto power GP-18 and Stewart AS-16 or Stewart RS-3 and the old AS-16 frame or RS-3 frame depending. I built a VO-1000 before Stewart came out used 2 blue box Baldwin S-12 shells , removed the headlamp sliced it down the center and ended up with the real hood width nothing bugged me more than the old wide hood look. I still have it. Might have photo's of the others as well. I like EMD F and FP-7 and GP38-2 ,SD-40-2 and GP-35's . Did a few high hoods, still have one gp-38-2 and if it's a low hood I like the short hood version so I cut then down. Did a GP-35 rail power shell and Cannon high hood ends sitting on a blue box modded frame still have it. Had some later Stewart AS-16's Kato drive and F3 high fan Stewart. Love Atlas Alco S-1's ,and S-2. I have one S-4 left like the S-2 trucks better. Made FP7's from blue box F7's and E7 and E8's I had a few proto power now just an old model power. I had a lot of proto power FA's and SD-7's and loved GP-30's used the old Lionel shell then Bachman spectrum came out. Also FM train masters I have at least 6 old blue box and a baby forget the title one Bachman Spectrum came out with have one of those.

The only ones I don't like are the EMD & GE safety cab types. Always wanted a EMD drawing a blank, it's a switcher and road unit MP15 A/C had a concor that was close. And like SW-2's had a kato. Many times I wish I hadn't sold most of them . I still have 2 Atlas FP7's and made one from an Atlas shell hand made frame and have an extra shell one of at least 15 loco's I still need to detail and paint. Made a RS-3 hammer head I still have riding on proto power trucks. I like the rebuilds the best the odd stuff can't say why just do. I'd build another Baldwin/EMD and Alco /EMD if I could find the frames and shells , Front range made some nice GP-7's shells and also GP-30. They had the rivets.