Staff member
This is the new place. Pull up a rock, and grab a cup.

Great way to start the day- ERIC is back !
Long road ahead just know we're pulling for you. Don't be a stranger.

Yeah I'm back just in time for a new thread. Could someone post a link back to mine from earlier this morning.

BigE said:
Yeah I'm back just in time for a new thread. Could someone post a link back to mine from earlier this morning.
Click to expand...

Good Morning Everyone. 72° and partly cloudy this morning. Missed the rain yesterday by a few miles, still in the forecast, but none on the radar. Started an industry from my unbuilt shelf, to put into my industrial park. It's a Walther's kit, "Central Beverage Distributor's". Has loads of extra parts since some of the structure shares sprues with "Magic Pan Bakery". Got tons of piping and similar stuff that I will go back and use to enhance some older structures. Additionally, it has a sprue of air conditioners/refrigeration units (8 in all, 7 different designs) that will come in very handy for upgrading other structures. It's a relatively simple kit, but it is "railroad-sized" and will fit in well with it's intended destination in the industrial park. If the rain holds off, I will set up the sawhorses outside and cut the extended-height fascia for the turn-back loop. I have been hesitant to test anything at normal speed without it, although I haven't had any derailments yet.
Terry - Was wondering if you were going to open the new shop before I finished typing. Short answer is yes.
Phil - I received all of the GN train photos. Looks like quite a collection. Best wishes on your medical issues.
Chet - Saw Chip's post as well. Doesn't look like he got too many direct answers yet, except for one. Mostly "my way is better than your way" type responses.
Eric - Thanks for dropping in. Sounds like some small progress is being made. Very best wishes going forward. Keep in touch when you can.

Guess I am still in the tech stone ages. I had to use my wife's iPhone yesterday and what a pain. Screens come and go, they go blank, things expand and contract without notice and flip around, all of a sudden pictures start to appear, the speaker at highest volume wasn't loud enough! No wonder I choose to remain device-free.

Everyone have a great day.

Good morning all. Starting off at 45 degrees with patchy fog.

ERIC - Glad to see you back my friend. A lot of people were thinking and worried about you. I can understand the problem you have with an MRI. You aren't the only one out there. Hopefully the docs can get a handle on your condition. Don't want to pry, but I'm sure that everyone here are pulling for you.

Louis - The last two GG-1 paint schemes are a bit better, but my favorite is still the Brunswick green with the gold stripes.

I'll post a photo to start off the day and then get to work. Have a lot of calls to make today.

Here's the Alco S-2 entering Gallatin Junction on the main line. The track on the right is the yard lead. Didn't want to have to use a double crossover, but due to space limitations, it was the best solution. I have heard of people having problems with them, but this one has been in place for over 20 years and no problems. Being that it has worked so well, I put another at the yard entrance to my other yard. 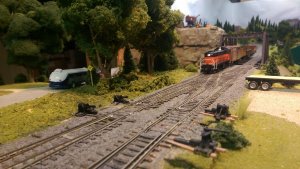 ERIC: Good to hear from you. We are all in your corner.

Louis: I have my fingers crossed. While we play TB, the Yankees play the Red Sox, and Toronto plays the Angels. The AL race is interesting, as only 4 teams have been eliminated from the Post season. There are still a lot of mathematical possibilities. The O's MUST stay on their game.

Willie: Walthers Cornerstone kits are a gold mine full of parts. My problem is remembering where I stored them. 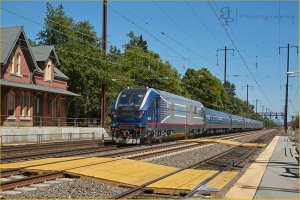 Eric ... It is great to see you. Prayers for healing from your health issues. Moving back to IL may have some advantages. Of course, southern IL is the best. Perhaps, you can get a place to live with a view of an active railroad track.

Chet I like the photo of the Alco S2.

Willie .... I bet you enjoy building the industry using the Walthers kit. Most of their kits are very good.

Terry ...Thank you for starting the new thread. However, I might not pull up a rock.


...
Earlier this week, my implanted device was tested and the battery voltage is now below the threshold where I need surgery to replace the device (Pacemaker - defibrillator ) . Not a big rush. Surgery will be in mid November. I should have close to a normal life in the meantime. I Might even do a little traveling. It will be my 7th heart operation.

Staff member
Dale, (rzw0wr), I've sent you an email via my wife, Diane's machine, as I can't access the internet via mine now, even though it was working yesterday after I returned the Asus machine. Your firewall may block it, but if it doesn't, treat it cautiously. I suspect that Asus machine was infected with something. Her machine seems to be working OK. I think if mine is infected, it's because when I logged into the modem's account yesterday, I had to confirm my credentials in a link sent to my email address from NetGear, and the only way I could was via my machine. My machine only developed the same fault as the Asus since I booted back up tonight (5:00pm Thurs). Even on her machine, I can only access this forum by opening your pm to me and using the Quick Links tab at the top of the page, otherwise I'm being told I don't have permission, even though I could log in. Like Alice in Wonderland, it gets curiouser and curiouser.
R

Hey Eric, great to see you back in here!


BigE said:
Yeah I'm back just in time for a new thread. Could someone post a link back to mine from earlier this morning.
Click to expand...

Somehow, the link Terry posted had the wrong post# on it[?] here is the correct one: http://www.modelrailroadforums.com/forum/showthread.php?39379-Running-Bear-s-Coffee-Shop-LVI&p=432290#post432290

Eric- Good to see you back, hopefully the worst is behind you.

CSX_road_slug said:
Hey Eric, great to see you back in here!

Somehow, the link Terry posted had the wrong post# on it[?] here is the correct one: http://www.modelrailroadforums.com/forum/showthread.php?39379-Running-Bear-s-Coffee-Shop-LVI&p=432290#post432290
Click to expand...

Both links seem to end up in the same place. The wonders of modern technology...

Staff member
Goodness Me O My!
BUsy, Busy this day. Beautiful day. To start with. CAAFB, 64 degrees, calm ...82 for a high today with a warming trend in effect over the next several days - all the way back to 100 by Sunday.

Still have not found a stylus in the house even though there were two that kept being in the way for weeks?

Eeeric!Good to know your still kicking! Glad to see that you have some communication. We been wondering bout that. What's the problem with the MRI? Is it still you're fear?

CURT. Why thumbs down on Disney? Too many trips there? Or something else? BTW .. You are doing a jamb-up job on the flats. Really good!

KARL. That Frisco unit you have there needs serious rebuild. Whose is that? On a brighter note .. The Canton shifters are very nice. I like the 1203 design better..P.S. Family photo is a good one. I got 7 of them - all boys - but they are scattered all over ( 4 on the East Coast).

KEN. Hope you got everything squared away with your daughter and your not missing her too much. I really like what you have done on the track work.

CHET Impressive photos .. Like the last one! I hate "pecking" on this iPad. Hate the phone more!

Obviously I'm not at the school right now. Yesterday I think I overstretched a ligament attached to my elbow. I was in pain which kept me from sleeping. When we got up at 7 AM MOH told me to go back to bed and I got about 3 hours of sleep. My arm still hurts and it has some weakness when I pick stuff up, but it feels much better than yesterday. MOH told me to show up at the school at 5 PM when the open house starts.

Eric- Great to hear from you. I really hope things work out for you.

Joe- Is that loco in general service or in testing?

Garry- I know it has to be done at times, but I will be saying prayers for you.

Beady- No offense was intended. I know thousands, heck probably millions love Disney and to each their own. My feelings stem from my observations of how their employees are treated and paid, especially the college student program and the ridiculously high prices they charge starting with parking.

Staff member
CURT. I am with you on the parking. The daily rate near the A/P in San Diego is like 40 dollars a day. THATS INSANE! I think LEGO LAND is at least $20.00.

MEL. Thinking of you : 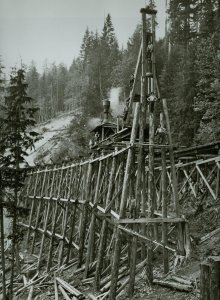 BigE said:
Yeah I'm back just in time for a new thread. Could someone post a link back to mine from earlier this morning.
Click to expand...

Hey, guy. Glad to see you back. If you do wind up in Illinois, let me know. I'll come down from Lansing and you can buy me a beer.

PRR Modeler said:
Beady- No offense was intended. I know thousands, heck probably millions love Disney and to each their own. My feelings stem from my observations of how their employees are treated and paid, especially the college student program and the ridiculously high prices they charge starting with parking.
Click to expand...

Oh, no offense! I was just giving my viewpoint.

The employees will have to take care of themselves, I've got other things to worry about. That said, Disney doesn't seem to have any problems with finding or keeping staff.

Besides the ambiance at their parks, I am in total awe of their marketing and crowd control. Consider: It is virtually impossible to leave Disney without your arms full of stuff you would never buy in any other setting; the line to get on a ride might be five miles long, but you always think you're almost at the front; you see people getting on the rides, but you never see them get off; and speaking of lines, they even have people waiting in line to get tickets allowing them to wait in line. And, as you note, they have people not just willing but glad to pay top dollar for all of it. Genius! There should be a Disney Academy.

Bottom line, I guess, is that Disney is not a man, a park, a movie, a character, or even a business, it's a culture. And if it's not your culture you'll always have trouble understanding it.

Glad to see you Eric!